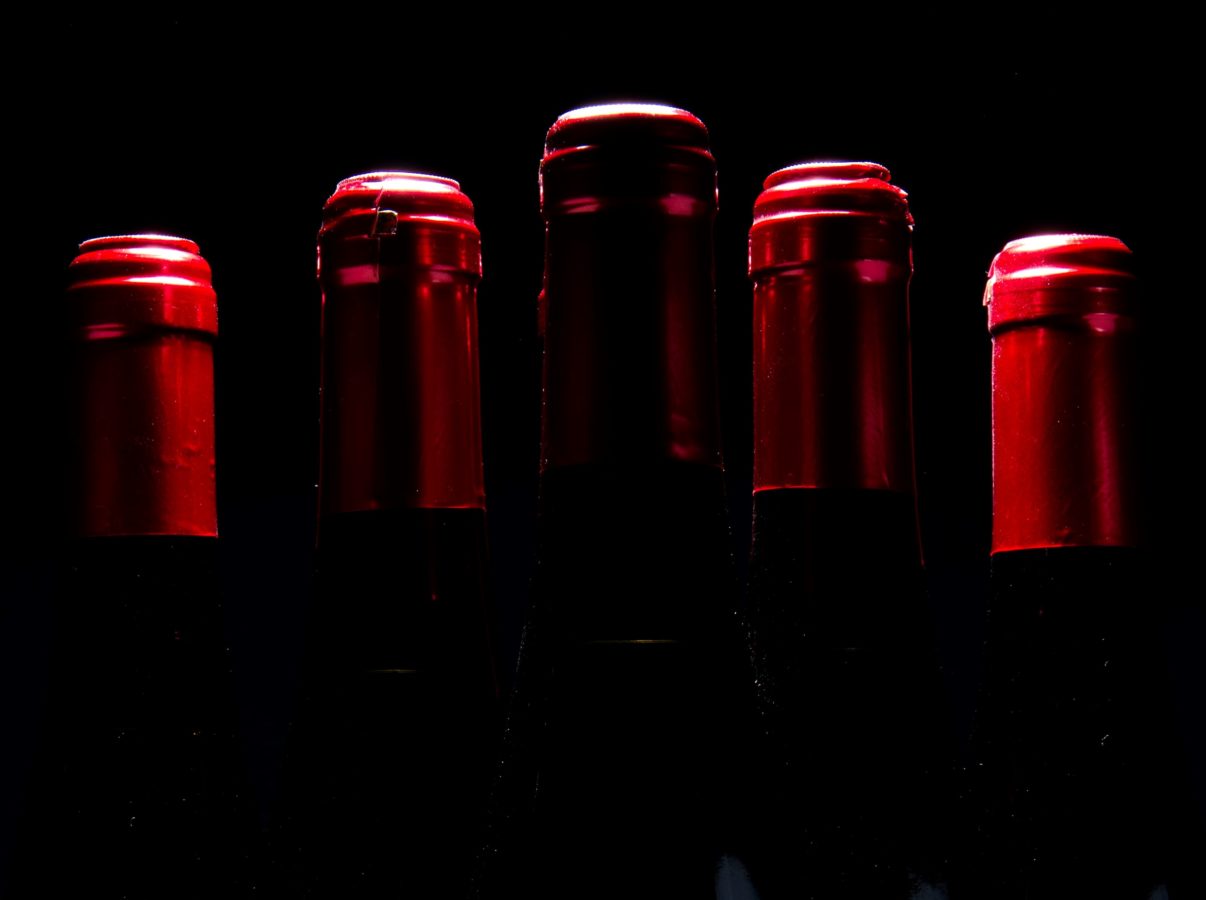 Denis Mortet of the eponymous domaine in Gevrey-Chambertin was a highly regarded winemaker in Burgundy. He was renowned for his meticulous attention to every detail, especially in all stages of production.

Charles, father of Denis, owned merely 1 hectare of vines to begin with in the year 1956. When Charles retired after the 1991 harvest, Denis and his brother, Thierry, divided the estate. Denis inherited about 8 hectares.

The plots of vines were in the villages of Gevrey-Chambertin, Chambolle-Musigny and Vougeot. Denis was one of the star producers in Burgundy at that time. The domaine focused mainly on single-vineyard wines. Some of his wines enjoyed a cult status. He was greatly influenced by Henri Jayer’s wines, who was Denis’ mentor. In a 1997 interview with Wine Spectator, he discovered the full potential of Burgundy – what he could achieve after tasting barrel samples of the 1991 vintage from 24 different appellations in Domaine Leroy’s cellar.

However, in the success story lies a tragic tale. On 30 January 2006, Denis committed suicide, shooting himself with a rifle in the parking lot outside his winery in Gevrey-Chambertin. He succumbed to depression. His son Arnaud was just 25 years old.

Arnaud Mortet inherited the estate from his father Denis. He is now supported by his mother Laurence and sister Clémence. Already legendary, the bottles of this great winegrower, who died prematurely, continue to enchant the palate of lovers of great Burgundy wines. Arnaud makes wines emphasising on finesse and delicateness, elevating them to the top of the Gevrey-Chambertin appellation.

Life has begun to return to normality. Wine importers have started to organise wine dinners and tastings. I recently attended a rare tasting of Denis Mortet vintage 2001 wines together with Luc at a chic restaurant in our neighbourhood. We tasted 10 different wines from the domaine. Most of them were from 2001 and a few bottles from other vintages.

Mes Cinq Terroirs is a brilliant “blend” of Pinot Noir from the 5 top village-level sites situated on the northern slope of Gevrey-Chambertin. Called the “Côteau de Brochon”, 2013 was the first vintage produced. Before 2013, these 5 “lieux-dits” (named vine plots in a specific geographical location) were made separately consisting of these vineyards: En Motrot, Au Vellé, Combe du Dessus, En Champs and En Dérée.

It takes a confident and experienced winemaker to create this wine due to the complexity of blending these great climates. The vines are about 70 years old on average. The diversity of soils varies between limestones, volcanic soils, clay-limestone gravel and marl. The wine is matured for 18 months, 30% new wood.

It is as though we are killing a baby by drinking this wine so young – one way to assess if a wine has long ageing potential. The bottle is opened for an hour to breathe. In the glass, it possesses a dense purplish colour. I get more of the darker fruit aroma and more sous-bois, undergrowth and forest floor notes. On the palate, the tannins are light. The flavours are very harmonious. This feels like a medium-bodied wine. I think this bottle requires some patience to fully appreciate the quality in the years to come. This is perhaps Mortet’s easiest “entry-level” cuvée to acquire. His other Premier Cru and Grand Cru wines enjoy a cult-like status.

Before 2013, these 5 “lieux-dits” were vinified and bottled separately under the name of the vine plots individually. Thus, this is such an interesting tasting – to taste these wines individually before they are “blended” together. These wines have already been aged for 20 years. It’s a rare occasion to be able to taste all these 5 plots of the same vintage side-by-side.

No doubt 2001 isn’t an easy vintage in Burgundy. It was a wet, cool and cloudy year. The yield was less, but the Côte de Nuits enjoyed finer weather during the harvest and less humidity in early September. Gevrey-Chambertin was one of the villages with the most success in the 2001 vintage. Some say that this doesn’t really matter in Burgundy because of good growers. I think the top producers in Burgundy make really good wines even in lesser vintages.

At 0.72 hectare in the Gevrey Village appellation, En Motrot means “small clod of earth”. Denis acquired this village plot in 1993. The soil is stony, deep and compact. The colour of the wine is bright red, abelit there is some sediment in my glass. On the nose, I discern mature red and dark fruits such as cherries and raspberries, some hints of spice and secondary aromas. It feels as though I am mushroom hunting in a forest. I have always liked a wine with some complexity. The wine is velvety and structured. The tannins are almost non-existent. It is a pity that I didn’t have a second pour.

Au Vellé is situated to the north of Château de Gevrey-Chambertin. This plot of old vines stands on a slope of gradual incline. It fully faces the sun. At the bottom of the plot, the soil is deep. The top soil is less rich and filled with pebbles. The wine has a colour of garnet, with an aromatic symphony of candied fruits, cassis, some vanilla oak and earthiness. Fruity with light tannins, the wine is polished, with a good depth. Overall, it is very enjoyable, albeit without too much complexity.

En Champs is a lieu-dit located on a gentle slope at the foot of the Premier Cru Les Champeaux, on the border with Brochon. The plot experiences a full exposure to the rising sun. It is said that several terroirs are found within this plot: a relatively shallow and very pebbly soil at the peak, and a much thicker soil at the bottom. The microclimate allows the grapes to ripen fully and earlier than some other plots in the same area. The wine has a garnet hue. A blackcurrant and red fruit aroma is punctuated by hints of earthiness. The tannins are soft. The wine is very balanced. It has lost none of its freshness. I wouldn’t have imagined this being a 20-year-old Burgundy.

Combe-du-Dessus is on a gentle east-facing slope. It sits at the end of Lavaux Valley, opposite En Motrot. Here the soil is deep with small pebbles, while in some places there are ridges of rock. According to Domaine Denis Mortet, this is a plot of very old vines producing highly concentrated grape clusters. This wine is particularly interesting because of the aroma. Besides the red berry and Pinot fragrance, there are notes of earth, game, stems, and spices such as anise and cloves. Both minerality and terroir are present. It exhibits fine acidity, good cohesion and a long finish. It is a robust and vibrant wine that goes well with a gamey dish. It paired impeccably with pheasants with chicory and a cranberry compote that were served to us that evening.

Lavaux Saint-Jacques covers just over 9.53 hectares. It is the largest of the Gevrey Premier cru vineyards with well over 30 owners. Therefore, it is not surprising that this parcel has the widest number of labels. Domaine Denis Mortet owns 1.2 hectares of this vine plot with an annual production of 6,000 bottles. No other owners produce even half of that. The vines are about 60 years old with the south-facing plot sitting on a steep slope. The vines benefit from maximum sunshine. At the estate, grapes are meticulously hand-picked and placed into small plastic crates during the harvest. They are carefully sorted using a vibrating table. Partly de-stemmed, whole bunches of grapes are used in fermentation.

Ruby red with a slight orange rim, the wine is just perfect by the time we taste it. The nose emanates dark fruits and berries, toasted vanilla oak, spices and some gamey notes. It is a bold wine offering a superb full-bodied experience with firm tannins and weight. This wine has a better grip and structure than the Les Champeaux of the same vintage. Elegance and finesse from this wine made it a clear favourite for many that evening.

Wine dinner is so important to oenophiles like us. We can experience the diversity of terroirs in every wine from different plots from the same producer and the same vintage without having to rely solely on professional reviews. I am of the belief that Burgundy producers should maintain single vineyard bottling as it showcases the uniqueness of these individual terroirs and climates. I am blessed to be tasting the wines before they are married to create the Mes Cinq Terroirs bottling. This is perhaps what I find it difficult to accept from this prestigious domaine – the whole is not always greater than the sum of its parts.

All images by Eiling Lim unless stated otherwise. Hero and feature images by Thomas Thompson on Unsplash