Home > Food & Drink > Drinks > Syrah or Shiraz: Whatever you call it, the wine is often delicious

Syrah or Shiraz: Whatever you call it, the wine is often delicious

We should address the proverbial elephant in the room first: Syrah and Shiraz refer to the same grape variety, yet neither one is synonymous with Petite Sirah, which is a variety in its own right. In France, Syrah reaches its most profound heights in the Northern Rhône, defining the wines of Hermitage, Côte-Rôtie (where it’s often blended with a bit of the white grape Viognier), and St.-Joseph, and contributing spice and savoriness to the blends of the Southern Rhône. In Australia, it’s known as Shiraz, and often (but not always) expresses itself in a more fruit-forward manner, though the old image of fruit-bomb Australian Shiraz is becoming more and more outdated with each passing vintage. It also does very well in California, Washington State (the Rocks AVA is particularly notable, but the greater Walla Walla Valley is also fantastic –– look for standout Syrah from Cayuse and Horsepower for delicious examples), Israel, and beyond. 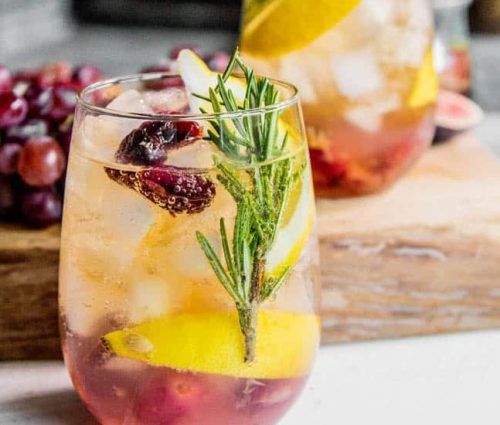 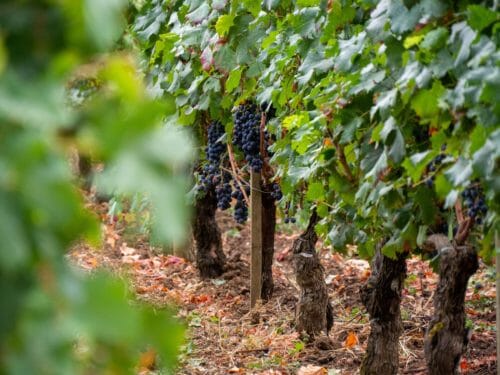 What is Syrah wine?

Syrah is a wine that’s produced from the grape of the same name. It’s most frequently crafted as a red wine, which makes sense given the thicker skins, tannins, and phenolic compounds that can be extracted from them during maceration and fermentation. But Syrah is also an important player in the world of rosé: Examples from the Rhône Valley, Provence, Languedoc, and beyond are wildly popular with consumers around the world. Syrah has the ability to find its footing on the more savoury end of the spectrum, as it does in the Northern Rhône with its telltale bacon and peppercorn notes (as well as occasional hints of flowers like violets), as well as in more fruit-forward styles; in parts of the Central Coast, for example, it can play an important role in the high-octane and densely fruited reds that have become so popular there. And if you can find them, the Syrah-based reds of cult producer Sine Qua Non are worth investing in.

Where does Syrah wine come from?

Syrah is most famously grown and produced in the Rhône Valley of France, where some of the most venerated wines of the northern part of the region are built on a base of Syrah or are composed of the grape variety entirely. Hermitage is one of the greatest expressions of the grape, as is Côte-Rôtie. St,-Joseph and Cornas are also important sources of excellent Syrah-based wines, as well as Crozes-Hermitage. In the Southern Rhône, though Grenache plays a dominant role there, Syrah is still a key component: It’s one of the 13 permitted varieties in Châteauneuf-du-Pape and a major player in many Côtes du Rhône blends. In Provence, it’s important for both reds and rosés, and in the Languedoc and Roussillon it cannot (and should not!) be ignored.

In Australia, Shiraz was responsible for introducing an entire generation of consumers to the wines of the Land Down Under, most notably with its fruit-forward and easy-drinking versions that were often produced in massive quantities. By the mid- to late-1990s, they were more or less ubiquitous in the United States…often in bottles with colourful, adorable, or otherwise stylised animals on them  Some of the greatest Shiraz-based wines in the world are also produced there, and painting the entire world of Australian Shiraz with the same proverbial brush is deeply inaccurate; producers like Two Hands, Hentley Farm, Torbreck, Henschke, Penfolds, Clarendon Hills, and more all produce Shiraz-based wines that can go toe-to-toe with the best of France and beyond. And their ageing potential is fantastic: Stories about older vintages of Penfolds Grange, for example, abound. A bit less familiar yet delicious nonetheless is the 2020 Mount Langi Ghiran Cliff Edge Shiraz, which finds a well-calibrated balance between spice and brambly berry fruit, all of it kissed with dried scrubby herbs and the suggestion of game meat.

In California, a full-throttle style of Syrah has been popular in places like Paso Robles and Santa Barbara for some time now, though there are also more savoury and restrained ones produced in the Golden State. Meanwhile, in Washington, Syrah has found a happy home in The Rocks District of Milton-Freewater AVA, as well as other appellations.

Given its ability to do well in warmer climates (though it produces fascinating wines in less-hot ones, too), it should come as no surprise that it is increasingly impressive in Israel. In South Africa, it shines in both cooler and warmer micro-climates, and in South America, it does well in both Chile and Argentina.

Why should you drink it?

Syrah offers profoundly delicious wine-drinking experiences across the entire stylistic spectrum: Whether you prefer more fruit-forward and generous red wines or savoury, spicy, and meaty ones – or both! – Syrah (or Shiraz) will satisfy.

It also is one of those grape varieties that is highly sensitive to temperature, yet also quite adaptable. Whether it’s grown in a more moderate climate or a warmer one (and it really thrives in toastier places), Syrah has a wonderful ability to express the land in which its roots are sunk and the character of the vintage.

Fans of fuller red wines are likely to find a great deal to love about Syrah and Shiraz. Its tannic structure is notably pronounced, it has the ability to achieve generous levels of alcohol, and its balance between fruit and spice makes it an ideal partner for heartier foods like sausage, game meats, and even saucy or spice-rubbed barbecue.

Syrah tends to showcase fruit on the darker end of the spectrum, with brambly berries, mixed mountain berries, and plums as common tasting notes. In cooler locations and vintages, red fruit can also be found. Savoury notes of cracked peppercorns, leather, and bacon are also common, as are hints of flowers like violets.

Given its thicker skin, Syrah’s tannins often allow it to age with notable longevity, depending on where it’s grown and the style in which it’s vinified. And while it’s not uncommon to find bottles of Syrah or Shiraz with alcohol levels pushing 15% or higher, there are also excellent options with more moderate levels of alcohol. The best of them all find a balance between spice and savoury notes and generous ripe fruit.

It may seem counterintuitive, especially given the tannic structure of Syrah, but serving it at slightly less than room temperature is ideal, as warm Syrah can often come off as boozy and unbalanced –– a quick 15-minute rest in the refrigerator should help with that. And if your bottle of Syrah is a bit too tannic when you open it, decanting will help, as will vigorous swirling in a Syrah or Cabernet Sauvignon glass. And as always, fat and protein will counterbalance the tannic structure of the wine, allowing its fruit to shine more brightly.

There are countless great Syrah wines on the market today. These producers, listed alphabetically, are a perfect way to start exploring all that Syrah has to offer.

Bertrand is a prolific producer, with noteworthy reds, whites, and rosés in his portfolio. The 2018 Château l’Hospitalet La Clape Grand Vin, a blend of 60% Syrah with 30% Grenache and 10% Mourvèdre, is Demeter-certified biodynamic and excellent. Ripe notes of hoisin sauce and peppercorn-crusted venison are joined by hints of kirsch and crushed boysenberries. The spice, fruit, and savoury tones here are gorgeously balanced.

From their base in Philo, California, Minus Tide has been gaining real traction over the past few years. No wonder: Their wines, which range from Carignan rosé to Chardonnay and beyond, are thoughtful and detailed. Two current-release single-vineyard Syrahs, both from Mendocino Ridge, embody this. The 2019 Valenti Vineyard bottling is pure peppercorn on the nose which precedes a bright, energetic palate of red fruit and more peppercorns, with lingering notes reminiscent of blood oranges and iron through the balanced, mouthwatering finish. The 2019 Perli Vineyard is more perfumed, with flowers and crushed blueberries on the nose setting the stage for flavours of cherries, huckleberries, and a grace note of jasmine that finds excellent tension alongside hints of dry-aged beef.

Mira is highly regarded for its Pinot Noir and Chardonnay, but the 2017 Hyde Vineyard Syrah shows how well they work with Napa Valley Syrah, too. It’s mineral-driven, with bacon fat and blackberries pulsed with blood orange acidity through the long, sappy, star-anise-dusted finish, all of it framed by tea-like tannins. For an even bigger Syrah, the massive, muscular 2019 Herman Story Nuts & Bolts Syrah is, as fans of “This Is Spinal Tap” might say, turned up to 11. It rolls across the palate in a wave of tar, pomegranate molasses, kirsch-filled chocolate ganache, candied violets, and black olives, all of it sizzling with cracked pink peppercorns.

Standout Israeli producer Tulip is based in Kfar Tikvah, or Village of Hope in the Galilee, and employs people with developmental disabilities from the village in the production of their soulful wines. This single-vineyard gem is a savoury, serious red whose notes of leather, iron, cured black olives, and cracked white peppercorn are balanced by blackberries and dark plums.

Montes produces a wide range of wines in Chile. The 2019 “Folly” is a rich, generous, high-altitude Syrah from the producer’s Apalta vineyard in the appellation of the same name in the Colchagua Valley. It’s plush and velvety yet structured with tannins that promise years of evolution in the bottle, with flavours of spice-rubbed pork ribs, candied violets, lavender, peppercorn, olives, blueberries, black liquorice, and cassis.

(Credit for the hero and featured image: Saman Taheri/Unsplash)

What is sex coffee and how can it boost your libido?

Elevate your Lunar New Year celebrations this year with Hennessy