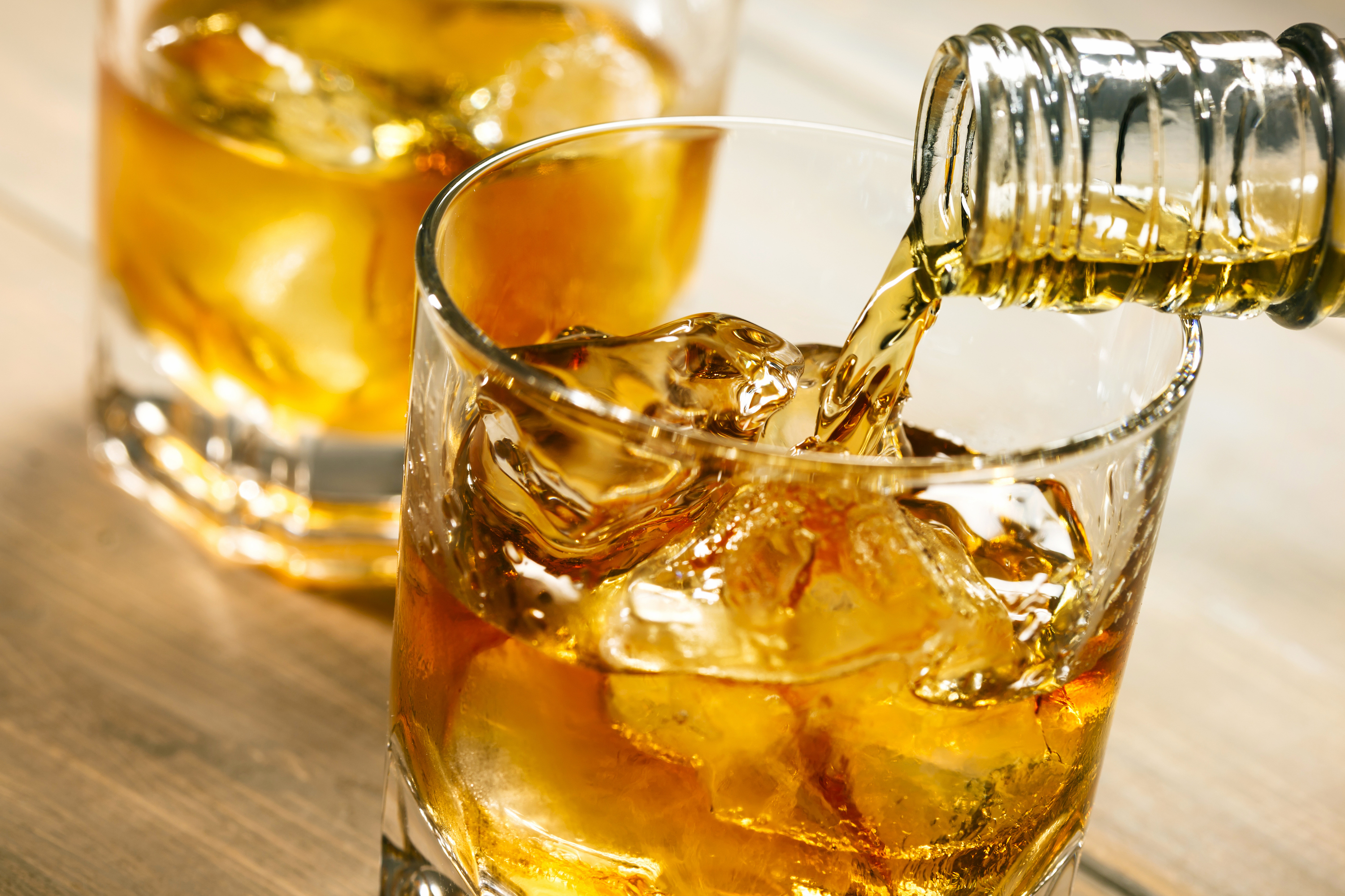 Food & Drink
The indispensable guide to pairing mooncakes with whisky, cognac and port
Share this article
Next article

Ease your digestive tract after a heavy consumption of mooncakes with expertly chosen whisky, cognac and port.

As the mid-autumn festival beckons, one of the most nostalgic festivities ingrained Chinese culture marks its annual return. Colloquially known as the mooncake festival thanks to the copious consumption of this delectable pastry leading up to the auspicious evening, it is a celebration romantically encapsulated in a folklore revolving around lunar deity Chang’e, revered as the Moon Goddess of Immortality.

You might like this…
Food & Drink
Your guide to the best mooncakes in KL for Mid-Autumn Festival 2021
Food & Drink
Auspicious whisky, vodka and champagne that pair best with your zodiac signs

Evolving with the times, mooncakes have taken on all forms and flavours. From traditional fillings such as mung bean and lotus pastes, to modern interpretations such as the musang king durian, mooncakes have become a culinary art form best appreciated with an exquisite drink underneath a moonlit sky.

While we all have our favourites – mooncakes and drinks – they don’t necessarily go hand in hand. To prevent you from squandering a bottle of perfectly fine 95-point oak barrel-aged Chardonnay on sickly sweet lotus paste baked mooncakes, stick to these tips. Pairing mooncakes with whisky, cognac and port made effortless.

Cut through the excessive sweetness

The majority of baked mooncakes are either awfully sweet or diabolically sweet. To cut through the excessive sweetness of mooncakes with whisky and other spirits, and alleviate the shock it sends to your gustatory system, get some amber liquids that can conceal the sugar and allow the flavour of the ingredient to rise above. This can be achieved with crisp whisky and cognac that are either especially oaky or spicy, which also helps to enhance the taste of the pastry skin.

Examples include The Macallan 12 Year Old Double Cask, Martell Cordon Bleu, Teeling Single Grain and Hennessy X.O, all of which are known for their long spicy finish. On top of that, any rye whiskey will carry out the same job with its exceedingly dry and spicy aftertaste.

What goes with snow skin?

If you are like me who succumb to fridge-chilled snow skin mooncakes every time, opt for water of life that is lighter on the palate. I would suggest The Signature Blend from Royal Salute, Rémy Martin XO and Yamazaki 12 Years Old, whose house styles prescribe them to be silkier and delicate, without overpowering any edible they are paired with.

Since the snow skin mooncake uses glutinous rice flour, rice wine such as sake will also draw out the natural fragrance of rice. Although sake is habitually served warmed, it slurps equally as well chilled. With flavoured sake now ubiquitous, it isn’t too onerous to find one that corresponds with the fruity filling of the snow skin mooncake.

Mooncakes containing mixed nuts, salted egg yolks, and increasingly rare Chinese ham are often polarising due to its biting, savoury, saline flavour; not unlike Islay whisky which divides opinions thanks to its peaty, briny body evocative of sea spray. But when they are served together, they mellifluously produce sensorial sparks. You can also raise the glass with less peaty yet robust alternatives.

Like denim-on-denim looks, if you could pull it off, you would look spectacular – otherwise it would be an abhorrent failure. For the sweet-toothed and those insistent on wine, get something from dessert aisles. The easiest approach is to get a bottle of port. This fortified wine is grouped by styles. For mooncakes especially jelly and snow skin with fruity fillings such as dragon fruit, go for sprightly ruby port, while for any bean paste – mung bean, adzuki bean and the likes – get tawny port, which has been aged further in order to impart nuttiness, instead. 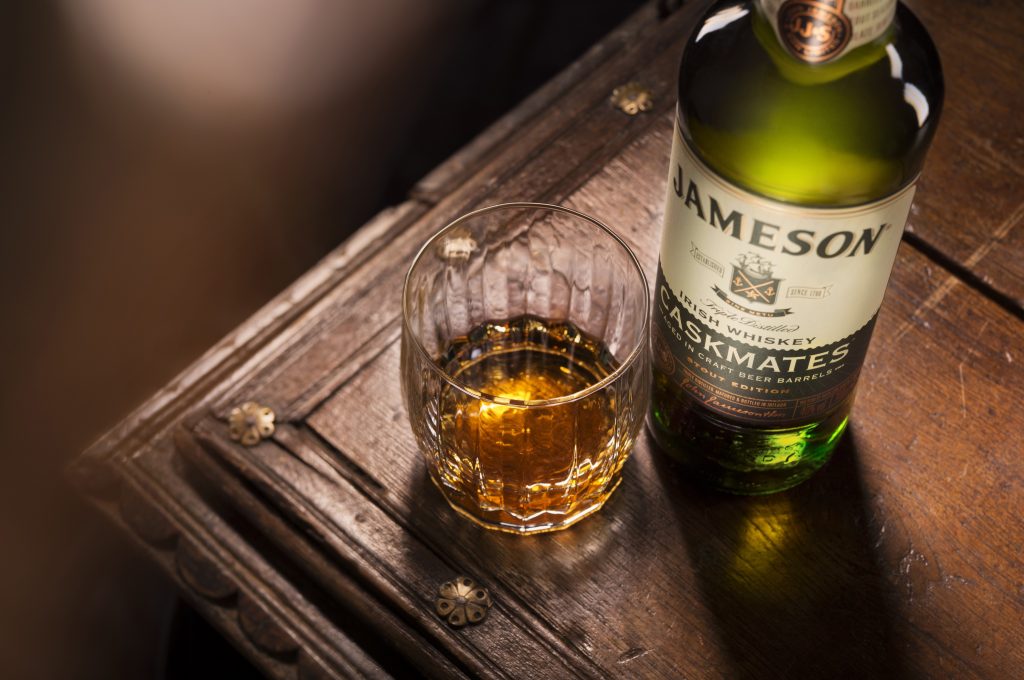 Coconut, butterscotch and other fancy and unusual flavoured mooncakes are best washed down with reciprocal spirits. Off the top of my head, The Glenlivet Founder’s Reserve exudes a distinctive coconut aroma; The Balvenie DoubleWood 12 Year Old teems with vanilla and butterscotch; and Jameson Black Barrel and Caskmates Stout Edition are respectively imbued with lingering banana and cocoa. Coffee connoisseurs can consider Hardy Legend 1863. Quality, aged rum – in other words matured in wooden barrels and sans added sugar – can enrich any tropical, fruity flavoured mooncake too. 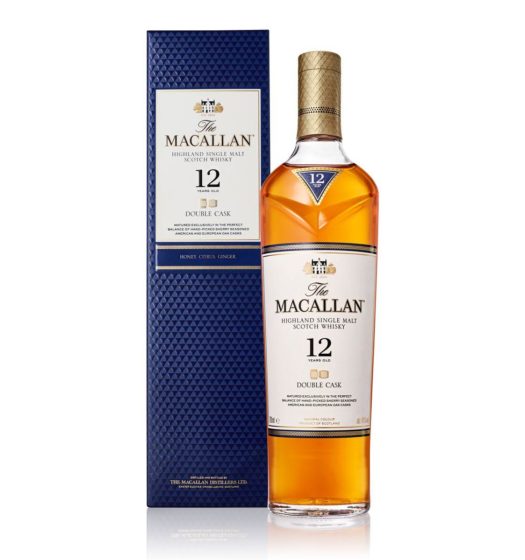 According to the brand, The Macallan Double Cask 12 Years Old forms part of the Double Cask range which marries the classic Macallan style and the unmistakable sweetness of American oak. This is a fully rounded single malt in perfect balance, with flavours of honey, citrus and ginger. According to the brand, Cordon Bleu is the legendary cognac in Martell XO category, expressing the elegance, complexity and balance of Martell style. A sustained finish with fruit and spice notes, the preponderance of Borderies eaux-de-vie gives Martell Cordon Bleu an elegant, mellow and complex character. 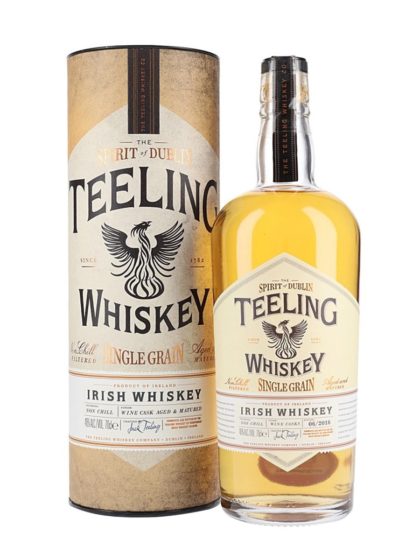 According to the brand, Teeling Single Grain Irish Whiskey is crafted using an unconventional mash bill consisting of 95% corn and 5% malted barley that has been triple distilled and matured exclusively in French oak Ex-Cabernet Sauvignon red wine casks from California. 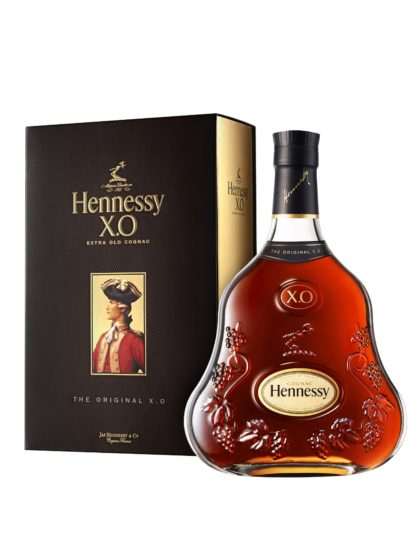 According to the brand, Hennessy X.O is the original, the emblematic icon of the Hennessy Maison. Deep and powerful, the eaux-de-vie of this Hennessy X.O cognac are aged in young barrels and marked out by their power and energy, but also by their capacity to achieve a great roundness through time. According to the brand, Royal Salute 21 Years Old is created in tribute to the Coronation for HM Queen Elizabeth II in 1953 and distinguished by the full fragrance of autumn flowers which precede deep, intense fruit aromas. Crafted only with the finest whiskies, adhering to the brand’s unique tradition of only using whiskies that have patiently matured for at least 21 years. 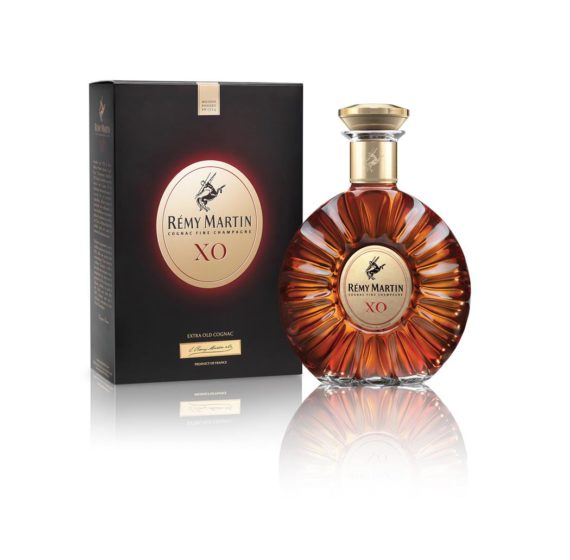 According to the brand, Remy Martin XO is the signature of the cellar master. The perfect expression of Fine Champagne opulence, the cognac on the palate exudes mature flavors of juicy plums and candied oranges, with a hint of hazelnuts and cinnamon. 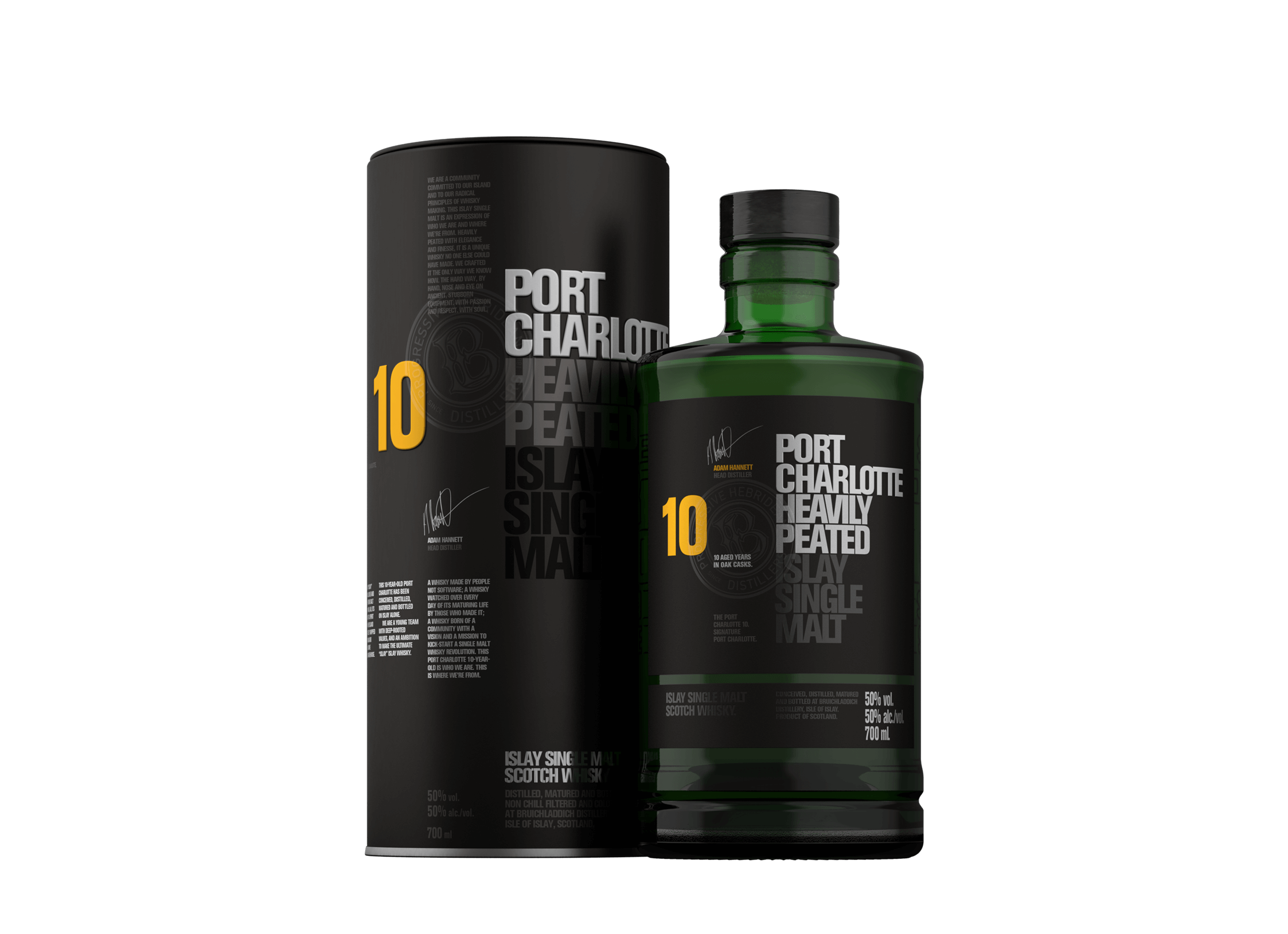 According to the brand, the Port Charlotte whisky produced by Bruichladdich was heavily peated to a level of 40 parts per million. On the nose, the whisky is dry, with cold smoke and an earthy peat aroma. There are the expected medicinal notes, but these are bracketed by dry floral and oaky aromas, accompanied by a hint of ocean breeze. 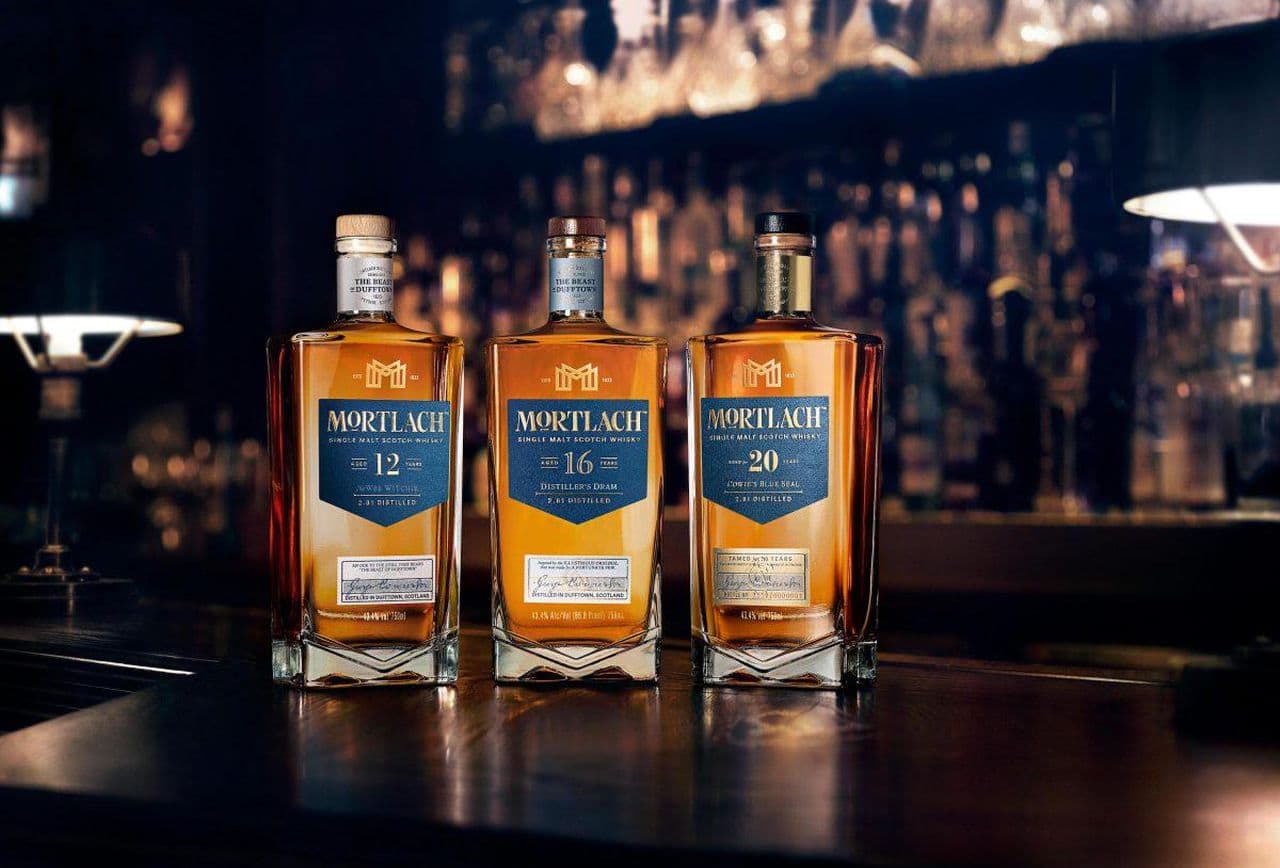 According to the brand, this 12-year-old single malt has been double cask matured in both European and American oak to enhance the distinctively rich and robust character that makes Mortlach whiskies legendary. On the palate, it is sweet and spicy but a smooth and dry finish. 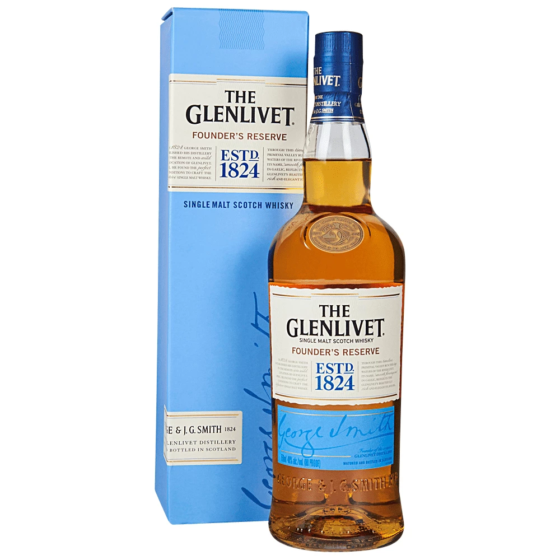 According to the brand, for the Founder’s Reserve, skillful selection of casks enhances the signature fruity flavours of The Glenlivet with traditional oak casks being complemented by selective use of American first-fill casks to give a hint of creamy sweetness – creating an exceptionally well-balanced and smooth malt. 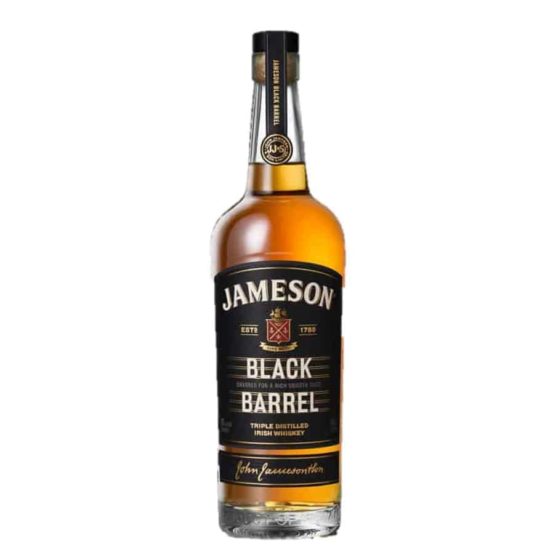 According to the brand, Jameson Black Barrel is a tribute to the cooper’s age old method of charring barrels. Matured in a combination of American oak, sherry casks and double charred bourbon barrels, the time spent maturing in these barrels lends the whiskey exceptional richness and smoothness.

Price
RM273
Shop
Cognac Whisky mooncakes
Justin Ng
Digital Content Director, Kuala Lumpur
Often think of myself as a journalist and so I delve deeper into a range of topics. Talk to me about current affairs, watches, travel, drinks, new experiences and more importantly, the business, economics and dynamics behind it.