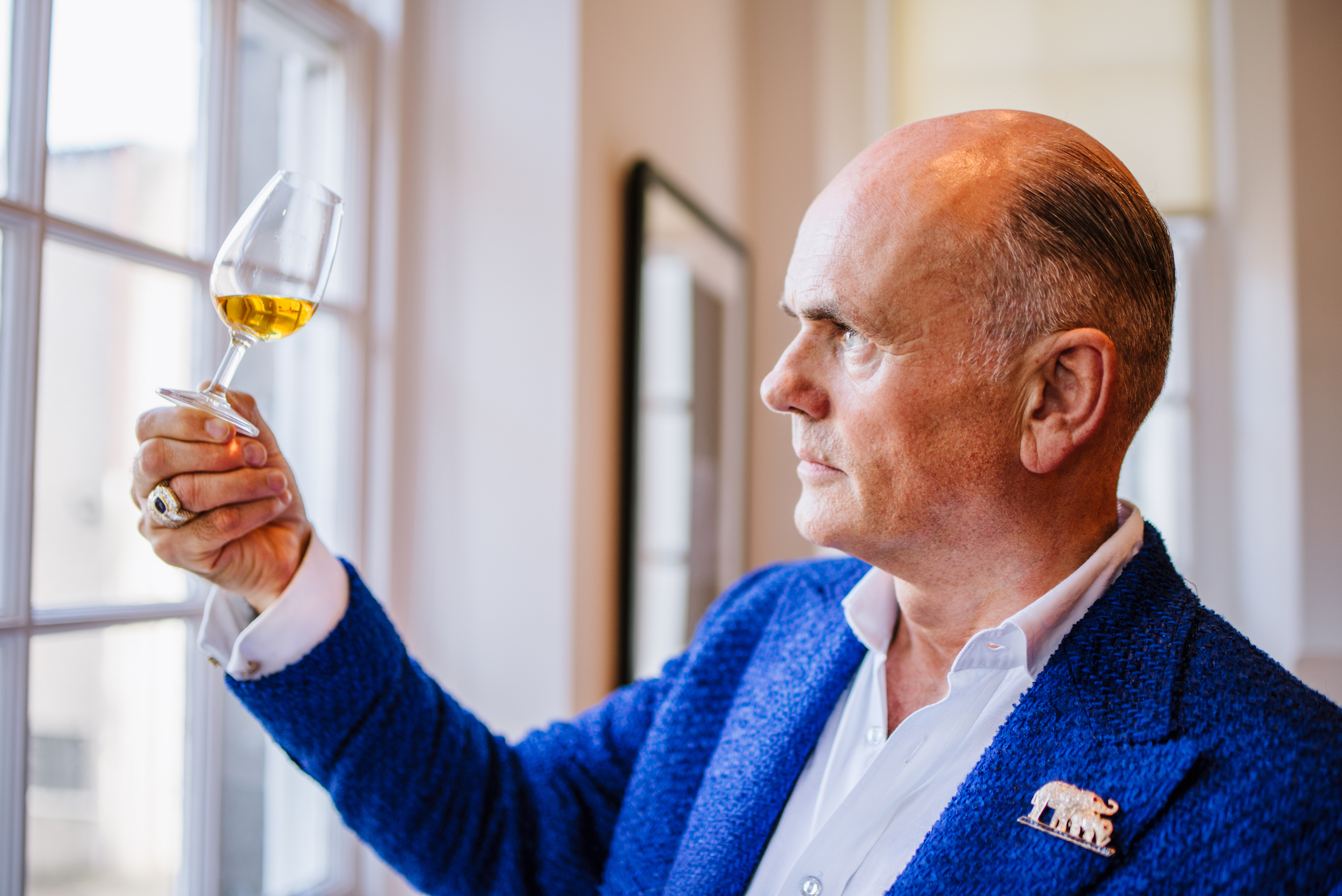 How The Macallan Edition No. 3 breaks all the stereotypes you know about whisky

Food & Drink
How The Macallan Edition No. 3 breaks all the stereotypes you know about whisky
Share this article
Next article

Roja Dove’s first experience with whisky ingrained him with a firm distaste for the spirit. At 15, youthful recklessness made the Briton down two glasses of the stuff, which got him paralytically drunk. He passed out. With that incident firmly entrenched in his adolescence, Dove never again touched whisky until the early 2000s, where an opportunity to work with The Macallan arose.

“When you do something wrong, you never blame yourself. You always blame the thing. It wasn’t the fact that I was stupidly drinking when I was far too young to do so. I just left the experience saying, ‘whisky is dreadful’,” he said candidly.

“I hate whisky” became a cautionary mantra that followed him all the way to his meeting with Ken Grier, the Creative Director of The Macallan. The latter was so intrigued by Dove that he broached the topic of working together.

Like Grier, it is hard not to be fascinated by the man. Dove epitomises an inimitable brand of sophistication, captured in his signature statement blazers, the heavy stone rings wrapped around his fingers, and a musky perfume that cloaks him like an aura.

Couple that with his extensive list of accomplishments — running one of the world’s premier haute perfumeries, Roja Parfums, and being a creative ambassador for Great Britain — and you’d expect him to be imposing. He is commanding, yes, but genial, witty, and loaded with a vocabulary that underscores his flamboyance. Speaking to him breaks all the stereotypes his titles conjure, and becomes evident that Dove is exactly the person to adjust the worldview on whisky.

He has done this through being one of the creative forces behind The Macallan Edition No. 3.

A journey through whisky
Dove travelled to Scotland after his meeting with Grier, where he met Master of Whisky at The Macallan, Bob Dalgarno. People were nervous about the meeting, given that Dove and Dalgarno were at two opposite ends of the personality spectrum, but each man’s approach to their respective crafts led to an enriching conversation that later created a mini revolution for whisky.

Dalgarno prepared over a hundred different bottles of whisky to nose and taste, which caused Dove’s perspective to dramatically change.

“I suddenly discovered all sorts of things in them that I didn’t believe you could find in whisky. In my mind, whisky was a very masculine drink that was quite unpleasant. It was dark, heavy, spicy and very alcoholic. The whiskies Bob let me taste were light, some citrusy or full of tropical fruit. Some had flowers inside them, including rose. I was blown away.”

Dove went back to London and scrutinised the way other distilleries spoke about themselves and their product, questioning why there was such a disparity between the fresh, unique flavours he experienced at The Macallan, and the global perception of whisky as an intimidating liquor. He realised that the whisky industry and its drinkers had affixed an exclusive image for themselves, and crafted an entire jargon around the spirit that alienated a wider audience.

Redefining flavours
Communication with the end-consumer is one of his top priorities, and jargon has a tendency to confuse. Whisky companies, connoisseurs and experts all rely on terms like peat or Christmas cake to describe the nose and notes found in a whisky. While these are valid, they aren’t universal flavours.

“The whisky industry is parochial in a global market,” he said. “Suppose you live somewhere like Singapore, or in Nevada, where you’re just surrounded by desert. Do you come across peat in these places? Everyone in the industry also talks about Christmas pudding, but the entire world isn’t Christian, and half the Christian countries don’t follow this tradition anyway.”

Dove experimented with how to rectify the issue, before settling on aroma kits. He isolated three notes found in each of the The Macallan whiskies, be it the Sherry Oak or the Fine Oak. He then infused the scents into three sticks, which the consumer would then place in a shot glass. When they smell the glass, all the notes to be found in the whisky will immediately, and easily be available for the consumer. Not only did this enhance the drinking experience, it brought comfort and confidence to people when they talked about the profile of a whisky.

On to the Edition No. 3
With one foot in the whisky world, Dove then was approached to make a whisky with The Macallan.

“I was asked the same way you would say, ‘do you want to go to the moon tomorrow?’ Just a throwaway line.” Soon after, Dove became the person to dictate The Macallan Edition No. 3, the latest instalment in the distillery’s unique series.

Aside from its whisky, The Macallan is renowned for constantly innovating. Their Edition series works to create a sensorial experience with every new expression. The best part? It makes no age statement whiskies exciting. Dove went to Dalgarno with a very specific set of requirements for what he wanted the Edition No. 3 to be, in a language not normally associated with any Scotch.

On first sip, it had to be big and open, with bursts of fresh citrus. The whisky should then segue into soft, vanilla notes, akin to the precise point where sugar and butter would turn into caramel. The butteriness would remain, giving the whisky a viscous, almost oily consistency. Bitter orange hints would explode on your palate right after as the counterpoint to the sweetness.

“It’s just like you just took your thumb, stuck it into an orange to peel it, then placed your thumb on your tongue,” he explained.

Notes of spices and a dash of floral notes came next, and as you swallowed, the palate must be filled with a very specific flavour of apples. When Dove was a child, his grandmother would pick apples for her garden to store during winter. The apples were kept in cardboard boxes, and stacked atop risers to allow the air to circulate. The room where the apples were kept was heady with a very intense smell of the fruit, and this closed the complex masterpiece that is The Macallan Edition No. 3.

A point of view
Dove’s description of the whisky almost sounds like a dessert. After the product was made, many experts and key customers who sampled it commented that it tasted like no other whisky from The Macallan, but it is unquestionably a Macallan whisky.

Having tasted it during its launch in Singapore, we agree that it is everything as Dove described, and beyond. Even at 48.3% ABV, the light golden liquid is so beautifully rounded, both on the nose and on the tongue. It is dangerously easy to drink, but also a marvel to be appreciated because it showcases the perfumer’s craft crossing industrial borders.

Aside from his keen nose and creative flair, The Macallan Edition No. 3 is successful because Dove refuses to subscribe to any rules except his own. This boldness joined forces with Dalgarno’s expertise created an expression that entirely recoded how the world tastes, smells and enjoys The Macallan, and whisky at large.

The Macallan Edition No. 3 is priced at RM550 and S$190 before GST. Subject to availability.