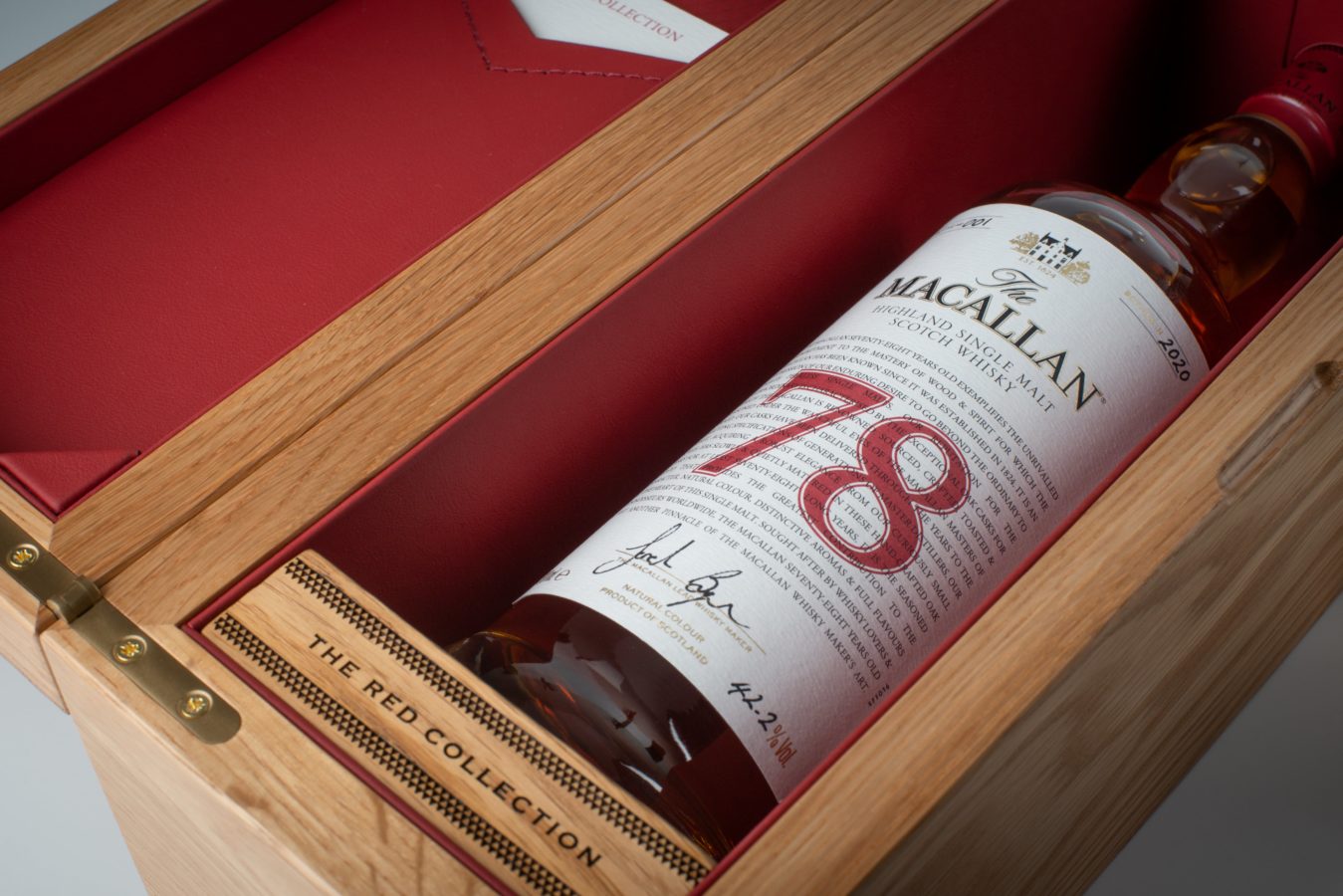 Earlier this year, The St. Regis Kuala Lumpur announced its ownership of The Macallan’s ‘The Red Collection’, the only complete and unrivalled set owned and on public display in Asia.

The Macallan seals its respect for tradition and craftsmanship in ‘The Red Collection’, an exquisite range of rare single malt Scotch whiskies. First unveiled back in 2020, the collection is inspired by the significance of the colour red throughout the history of the brand, and features a carefully curated selection of ongoing aged expressions as well as high aged guest releases.

In April 2021, The St. Regis Kuala Lumpur announced its ownership of The Red Collection — the only complete and unparalleled set owned and on public display in Asia. This is also in conjunction with the debut of the country’s first and only experiential whisky bar, The Macallan M Room at Astor Bar.

Housed in a luxurious rose gold showcase with a bronze mirrored background and LED illumination, The Red Collection is artfully presented with an exquisite selection of illustrations from celebrated Spanish painter and illustrator Javi Aznarez. Aznarez is acclaimed for his striking graphic art which has been featured in several Hollywood films, as well as Wes Anderson’s upcoming feature, ‘The French Dispatch’.

“Inspired by the rich history of excellence that dates back to the legendary King Cole Bar at The St. Regis New York, The Macallan at Astor Bar’s M Room intertwines the histories of two legacy brands through exquisite experiences and exemplary service that we have curated together,” explains Renato de Oliveira, General Manager at The St. Regis Kuala Lumpur. “Unveiling The Macallan Red Collection at The Macallan at Astor Bar’s M Room reaffirms our position as the Best Address in the country.”

Each expression in The Red Collection was distilled decades ago, and has matured in The Macallan’s exceptional oak casks under the watchful eye of several generations of whisky makers. Over time, these single malt whiskies have slowly been shaped by the carefully selected casks to deliver elegant aged whiskies for whisky lovers to enjoy today.

The colour red has long played a significant part in The Macallan’s rich history. The red thread begins with Alexander Reid, the farmer and teacher who founded the brand back in 1824. His surname means ‘the red one’ in Scots, and was originally associated with red hair. In 1903, then-owner Roderick Kemp launched The Macallan Choice Old range, which was reportedly shipped in cases labelled with distinctive red print.

Then almost eight decades later in 1980, the colour red featured strongly in the release of The Macallan’s then oldest vintages. Red ribbons were also tied around the sought-after bottlings to denote their age and value, by then-chairman of The Macallan, Allan Shiach.

These three figures now feature in a remarkable animated film created to introduce The Red Collection in collaboration with Javi Aznarez.

“When a brand like The Macallan, which has been making whisky for nearly 200 years, asks you to draw red for them, to explain what red means to them, it’s quite a challenge,” admits Javi Aznarez. “Alexander Reid, Allan Shiach, and Roderick Kemp are some of the people that have led The Macallan to excellence.”

The Red Collection is encased in an exquisite oak presentation box created from the same sustainable European oak that has been used to craft The Macallan’s exceptional oak casks. The boxes are then beautifully upholstered with sustainably sourced soft red leather.

Each of the ongoing releases in The Red Collection has been hand finished and signed by Kirsteen Campbell, who was appointed Master Whisky Maker at The Macallan in 2019 and is the first woman to occupy the role in the history of the brand. Sarah Burgess, Lead Whisky Maker for The Macallan, has also signed the initial guest releases.

“Each precious drop offers a unique opportunity to explore The Macallan’s whisky making legacy,” explains Kirsteen Campbell. “The incredible elegance and rich flavours of the expressions that form The Red Collection are a direct result of the craftsmanship, knowledge and skills nurtured by our master whisky makers, past and present.”

The Macallan at Astor Bar’s M Room at The St. Regis Kuala Lumpur is open to the public daily from 5 PM to midnight. For more information, visit The Macallan Malaysia Instagram.

Scotch Whisky The Macallan Astor Bar St Regis Kuala Lumpur the macallan m room The Red Collection Javi Aznarez
Martin Teo
Editor
Martin has a bent for history and food culture, especially of the Peranakan heritage. Since the pandemic, he finds joy in plant parenting and continues to expand his collection of Philodendrons, Anthuriums, and Syngoniums. He's now on a lookout for the elusive Philodendron Florida Beauty to add to his urban garden.
Dining Living Home