The ultimate guide to bubble teas in KL

Yes, that’s right — we’re at that point where an ultimate guide for bubble teas in KL is needed because that’s how alarmingly fast the trend is growing here. Imagine this: as soon as you’ve hopped onto the Tiger Sugar bandwagon or about to take that photo of their signature Brown Sugar Boba Milk with Cream Mousse, another popular bubble tea chain like JLD Dragon then announces its arrival to Malaysia — it’s that quick.

We’re already spoilt for choices with popular bubble tea joints like Tealive, Gong Cha and Koi but with these new additions, we can literally have one bubble tea a day at different outlets for two weeks (but we don’t recommend you doing that). We’ve listed down a total of 15 bubble tea brands that are available in Malaysia. Most of them originated from what we now dub as the land of bubble teas, Taiwan, but of course, we have to give some of our love and attention to the homegrown brands such as Cojiitii and Muyoo Malaysia.

Let’s not waste any more time, shall we? Bring on the bubble teas. 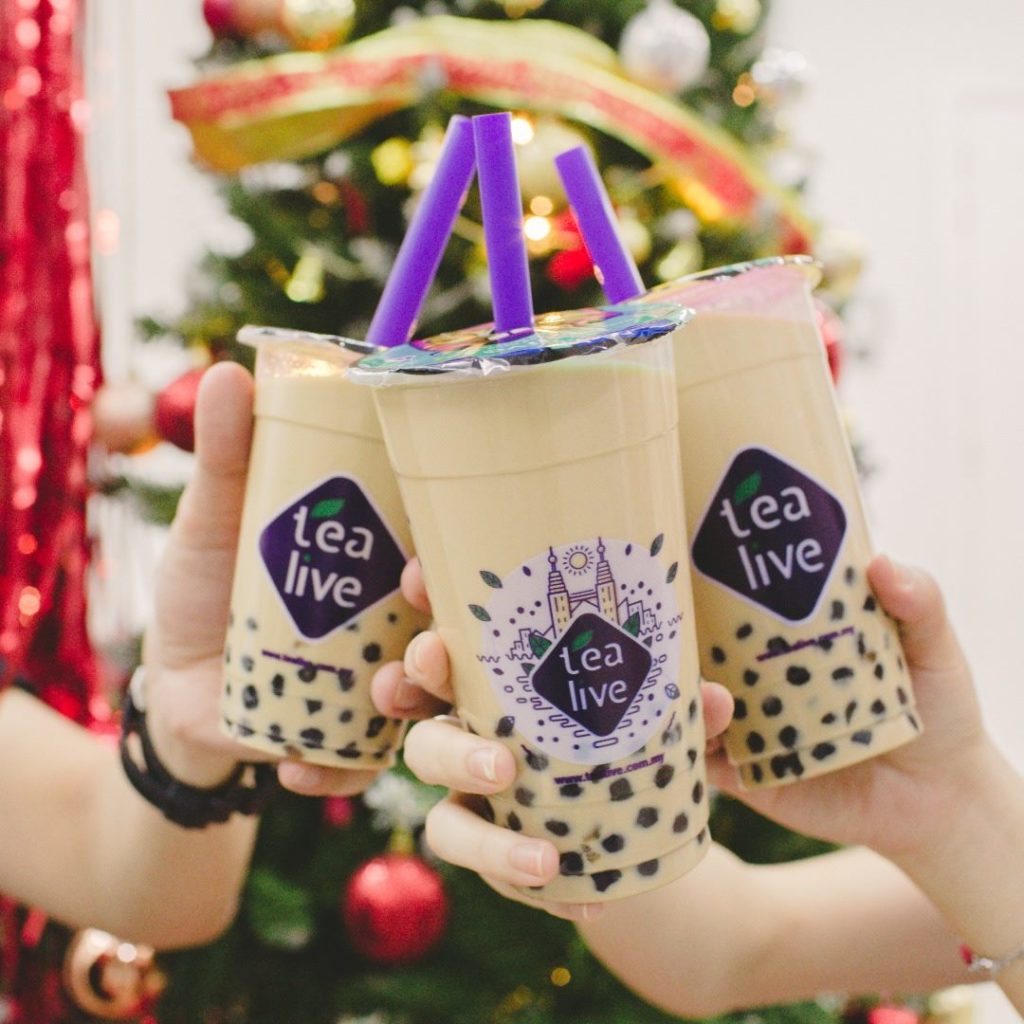 Tealive is one of the biggest bubble tea pioneers in Asia, with more than 50 outlets across both east and west Malaysia. You’ll find them in almost every corner in KL and most definitely in all the major shopping malls. They’re constantly releasing new drinks on the menu, which gave many the reason to stop by and get a drink every now and then. 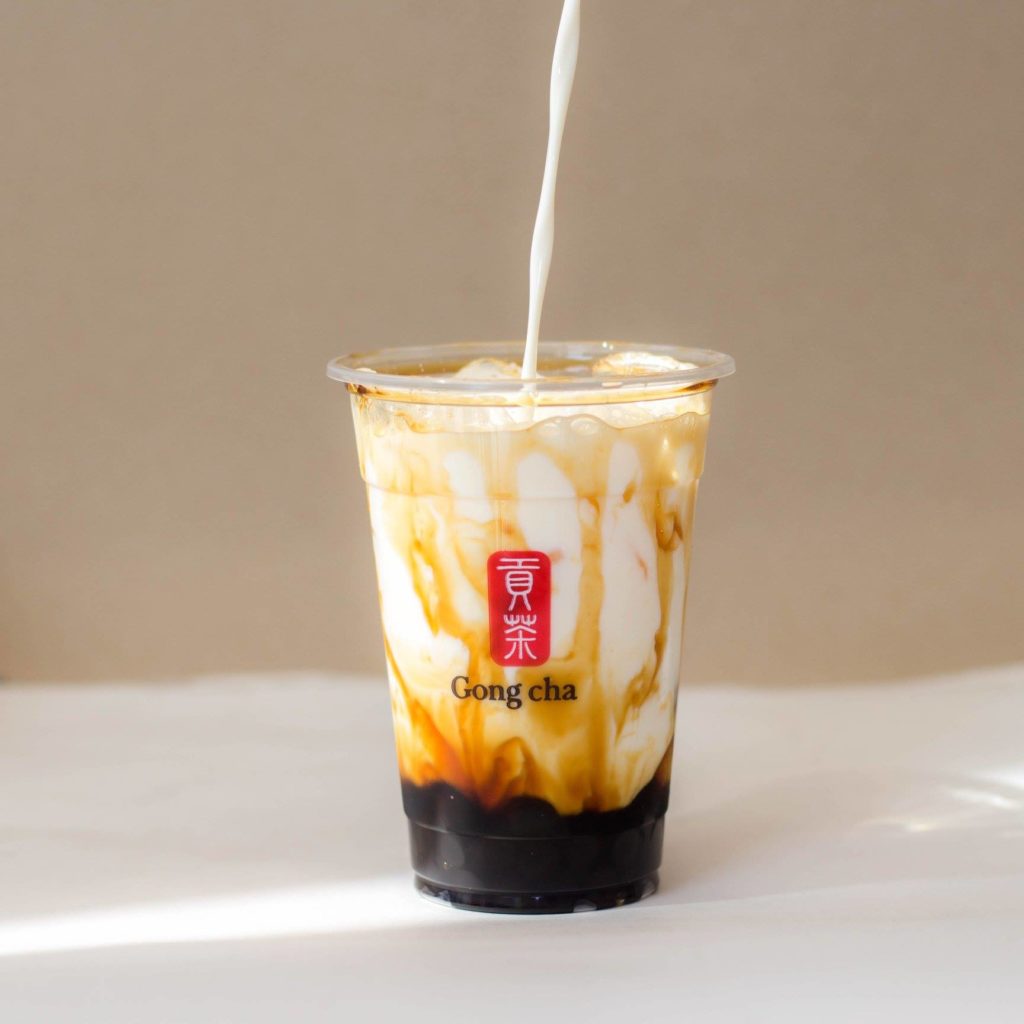 High-quality tea that’s fit for royalty is the type of tea that Gongcha serves. Originated from Taiwan, they’ve already established their name across the world, proven with the 1,500 stores that opened worldwide. 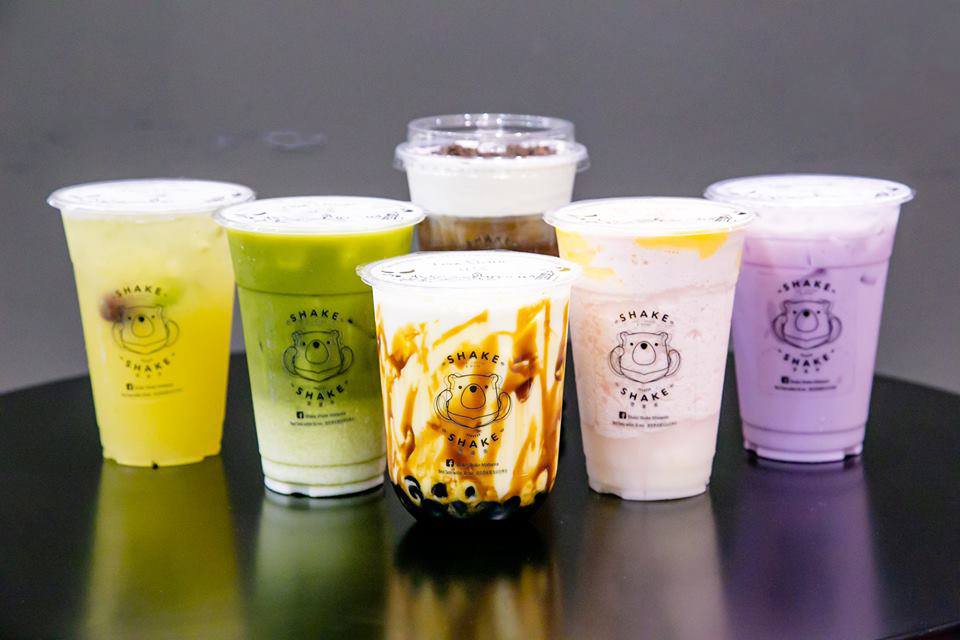 A reminder to always shake your bubble tea, Shake Shake is originated from Taiwan and it’s not just the brand. The ingredients used are also imported to ensure the best Taiwan bubble milk tea experience. Try their Uji Matcha Red Bean Green Milk Tea, which is one of their best-selling drinks. 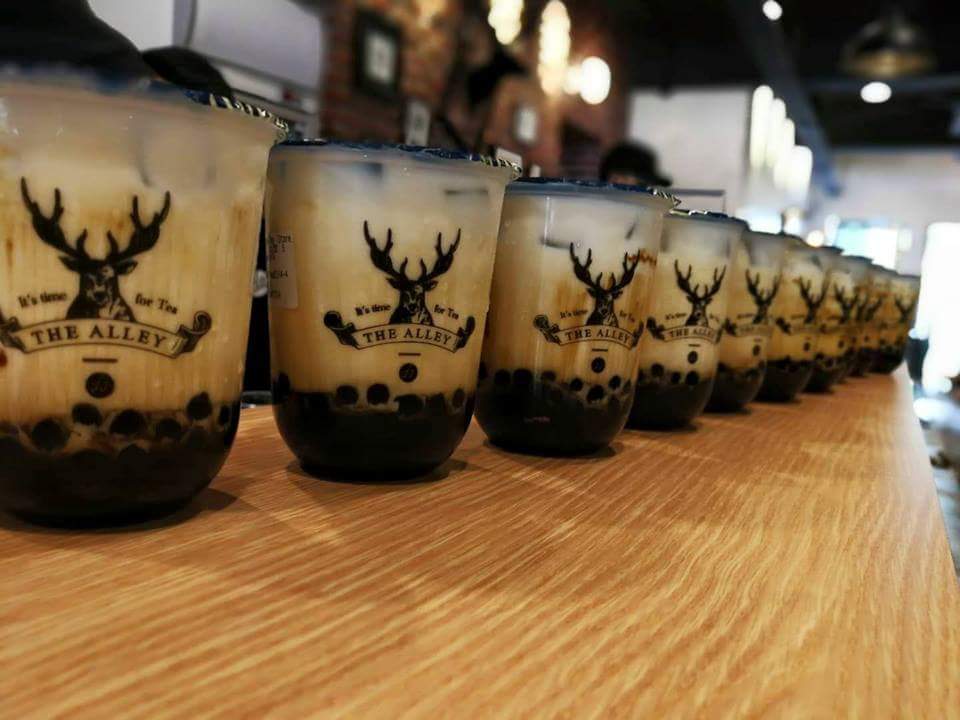 Taiwanese brand The Alley may be one of the newest kids on the block but it is growing at a very fast rate. And you’ve probably seen it on social media or the long queues at their outlets. The Brown Sugar Deerioca Milk is their best-selling drink — where the bubbles are soaked in brown sugar before it is topped with cold milk. 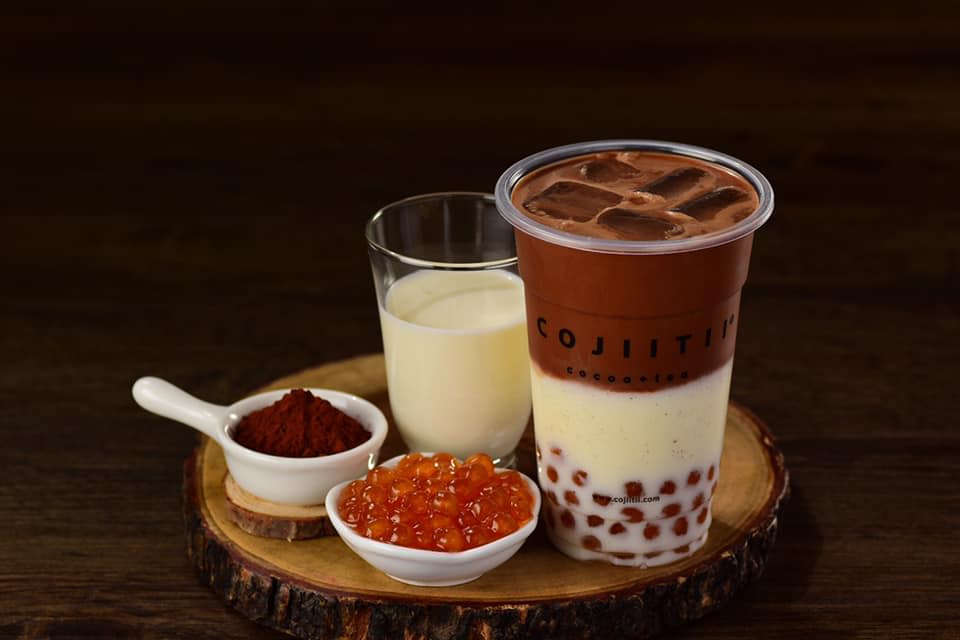 Hand-crafted cocoa beverages are Cojiitii’s speciality, with the addition of pearls of course. They’ve recently opened their first and only outlet in Starling Mall, with a menu featuring multiple variants of both cocoa and tea beverages that are made with high-quality ingredients. 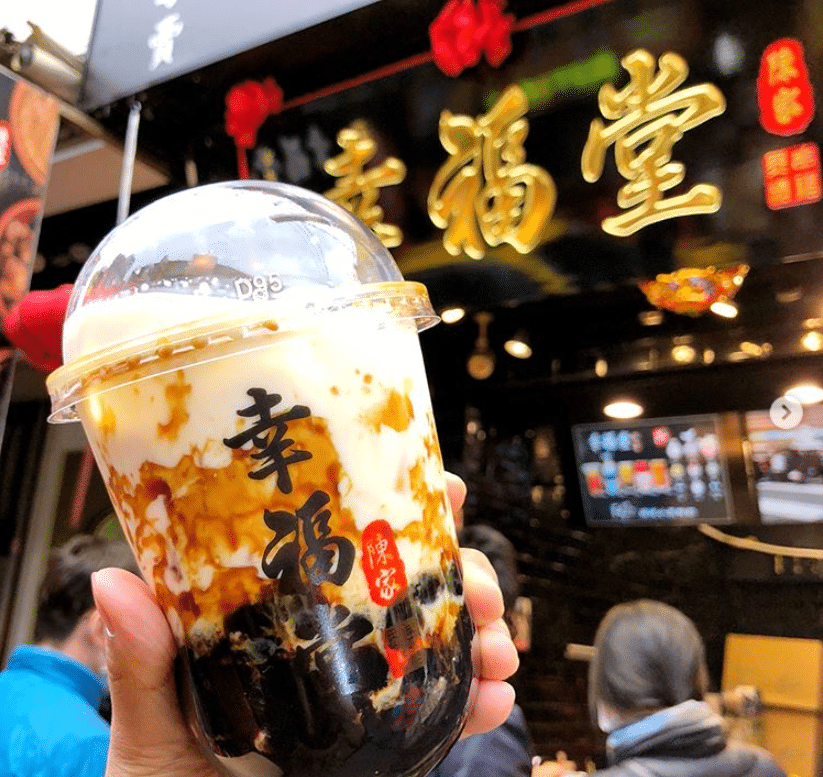 Xing Fu Tang claimed to be the first store to serve original Taiwanese stir-fried brown sugar bubble milk tea in Malaysia — yes, you read that right. The pearls and brown sugar are ‘stir-fried’ in a wok-like pan until everything is combined, which is then added into the cup and milk tea goes on top. An interesting technique one would say, which may explain the reason behind their awfully long queues since its opening. 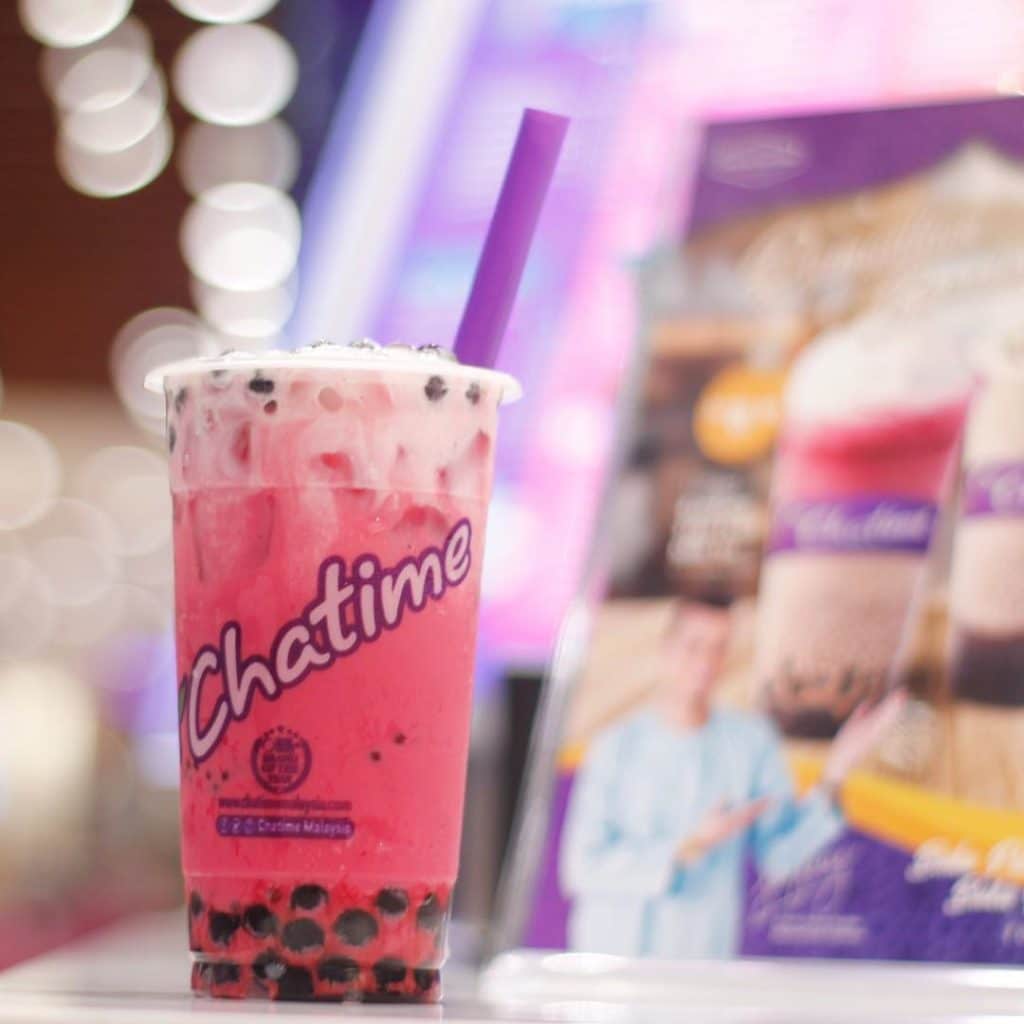 Thought we’ll miss Chatime out? Definitely not. You’ll also find their stores littered across Malaysia, and about 1,000 in total around the world. Chatime puts quality as its utmost priority when it comes to its hand-crafted beverages, no matter for milk teas, fresh brews, coffee or chocolate drinks. 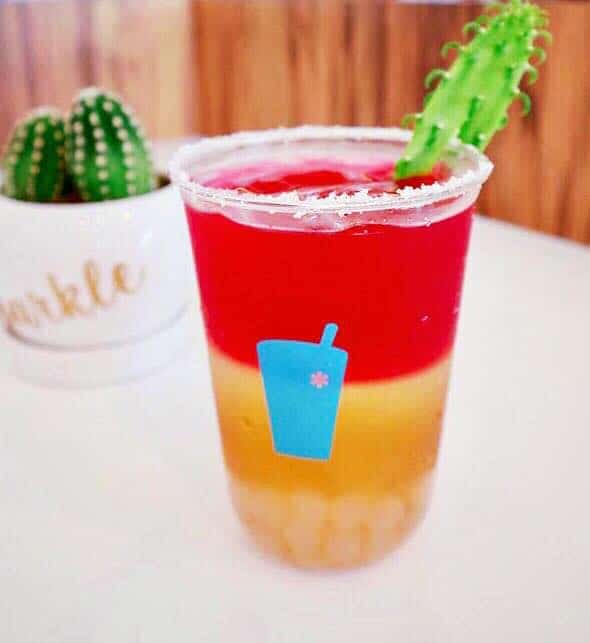 You may have seen several of the colourful drinks on social media, which they called the Unicorn Fruit Latte Series. Moojicha has now also hopped onto the brown sugar milk tea trend by including a torched version in their menu, which gives out a smoky flavour. Instead of the regular black pearls, they’re using their own handmade crystal bubbles. 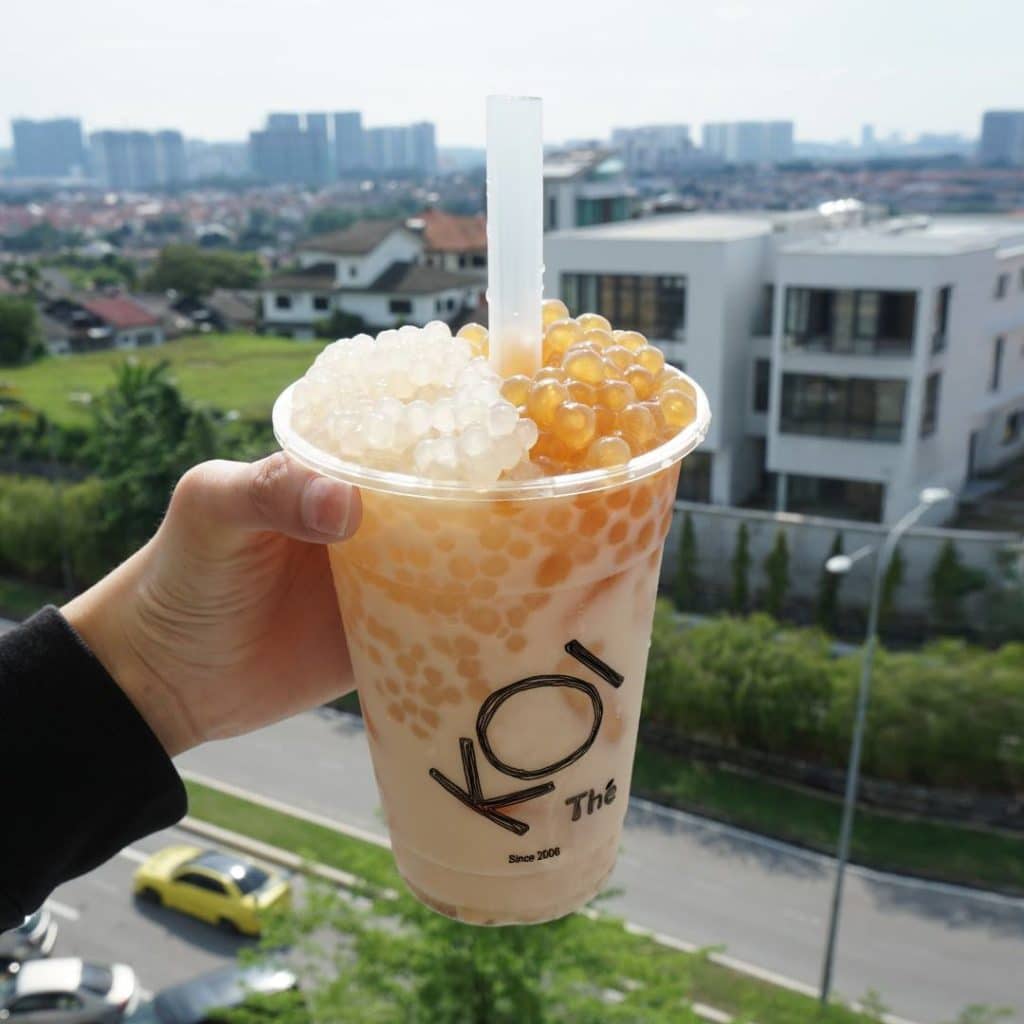 When one thinks of gold pearls, it’s surely KOI. This Taiwanese bubble tea joint calls itself the only masters of hand-made artisan tea. Ingredients are carefully selected, tea-brewing process is ensured to be consistent and friendly service is guaranteed. The Golden Bubble Milk Tea is their treasure from Taiwan — creamy milk tea with one-of-a-kind golden bubbles. 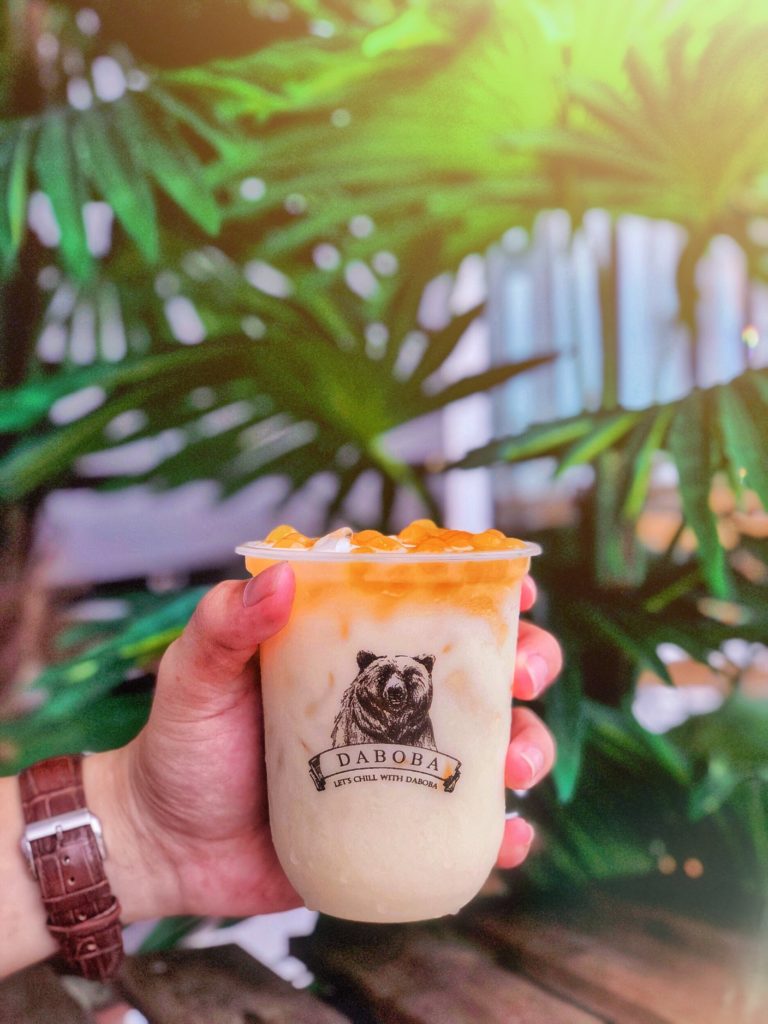 A very popular bubble tea brand from Taiwan has just made their way to KL. Daboba claims to have the most fragrant brown sugar pearl milk tea, so rich in flavour that it leaves you wanting for more. SS15 is their first oulet, followed by MyTown Cheras and soon to come at Sri Petaling. 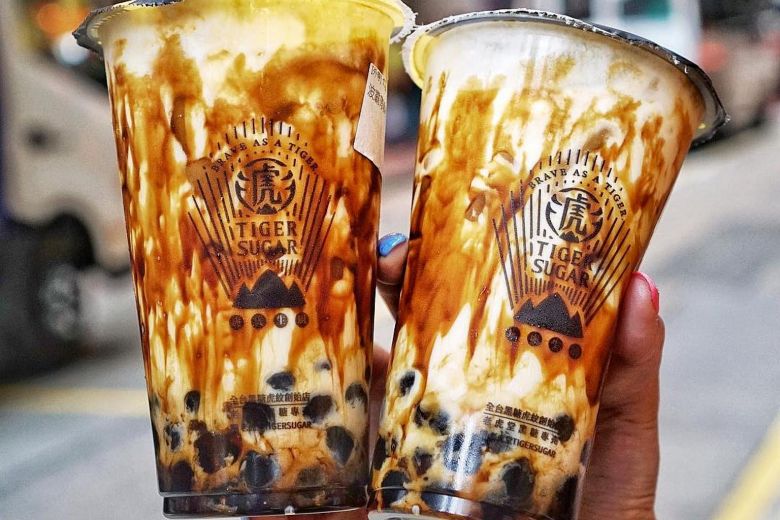 Another bubble tea joint that doesn’t need much introduction is Tiger Sugar. It recently opened its 2nd outlet in Pavilion after the success of the first outlet in Sunway Pyramid. The long queues didn’t stop fellow Malaysians to try their best-selling Brown Sugar Boba Milk with Cream Mousse, which is made out of four different types of Taiwanese brown sugar for that extra kick of flavour. 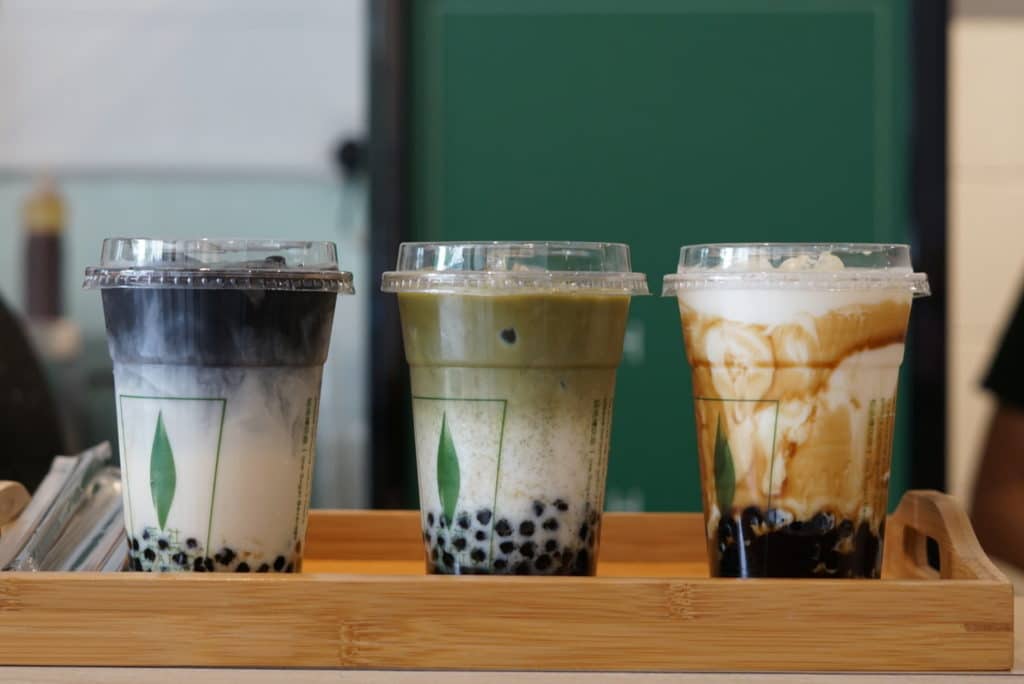 If you think Chatto is also from the land of bubble tea, you’re wrong. In fact, Chatto originates from Japan and it uses premium tea base that is directly imported from Shizuoka in Japan, Taiwan and China. Their best-selling drink is the Charcoal Oolong Milk Tea, but what’s interesting is that it also has healthier options such as Brown Sugar Ginger Milk Tea. 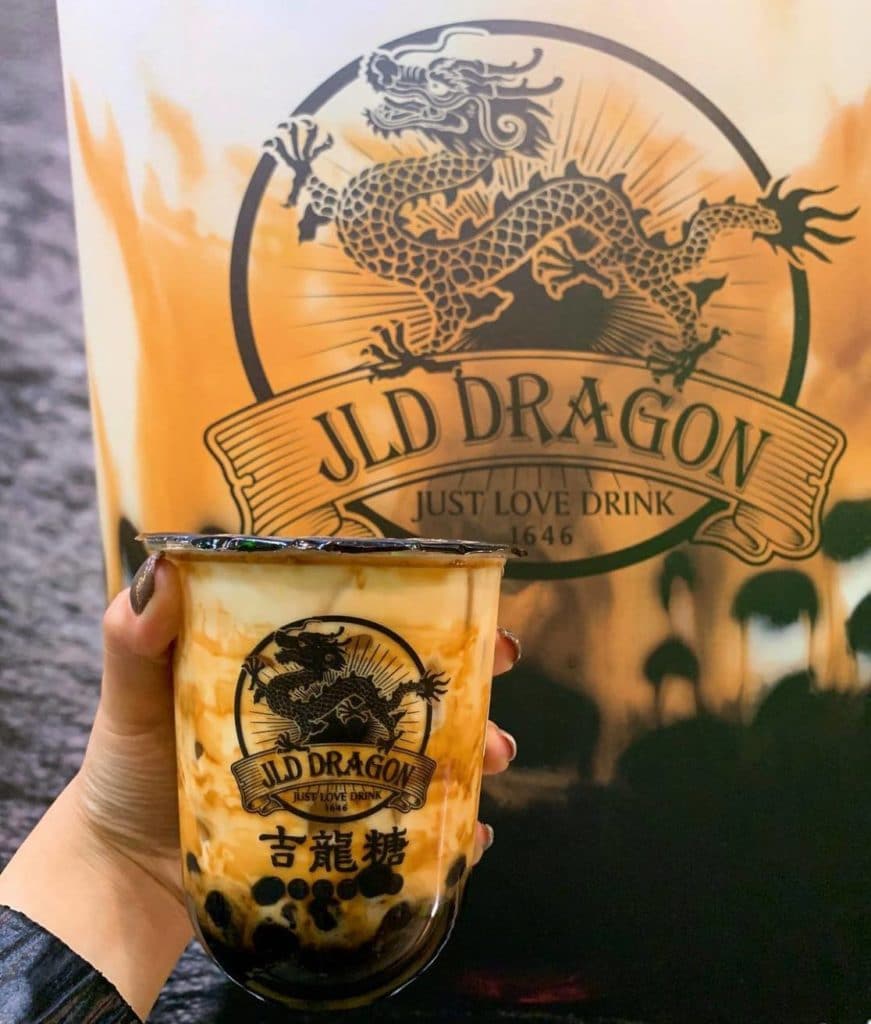 JLD Dragon hasn’t opened its doors yet but the brand has already created the hype. JLD Dragon has established their names in Taiwan and Hong Kong, all thanks to their DLG Dragon Brown Sugar Milk Tea, which uses imported traditional premium brown sugar from Okinawa, Japan. There’s no confirmation on when is the exact opening date, but it is confirmed to be at SS15 Subang Jaya, and it’s coming to you very soon. 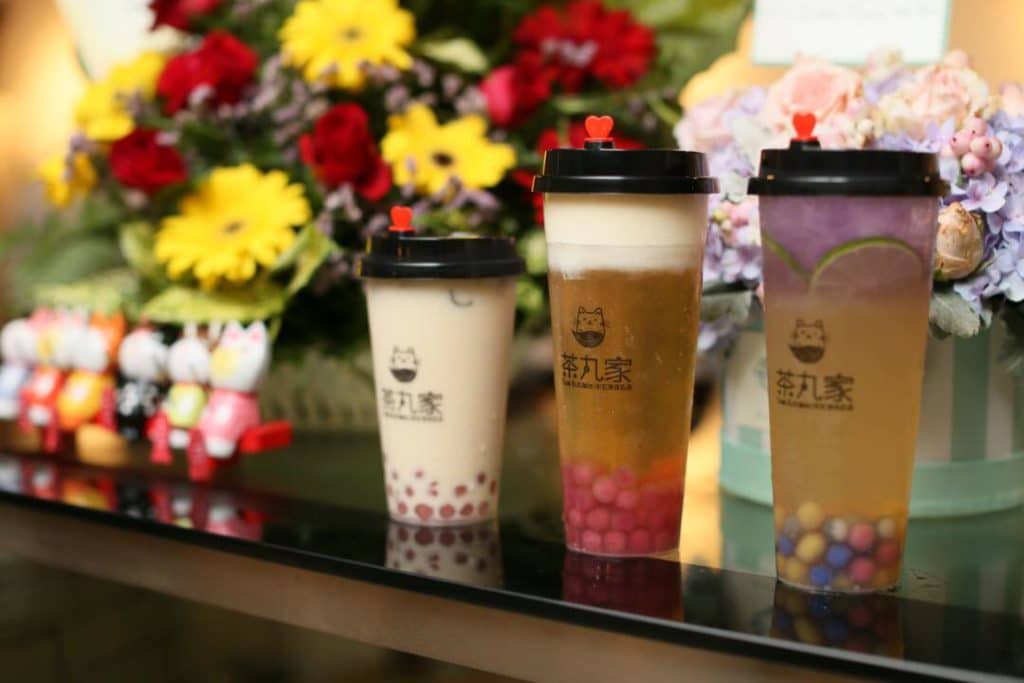 Add some colour to your life with not just brown sugar pearls, or crystal but these colourful ones from Tea Bubble. Their tea is made with the best fruit and vegetable extracts, which give the best kind of lingering taste after each sip. To have an Instaworthy picture, we suggest ordering the ones with just tea, no milk, so that the colourful pearls that resemble mini ‘tang yuan‘ will shine through. 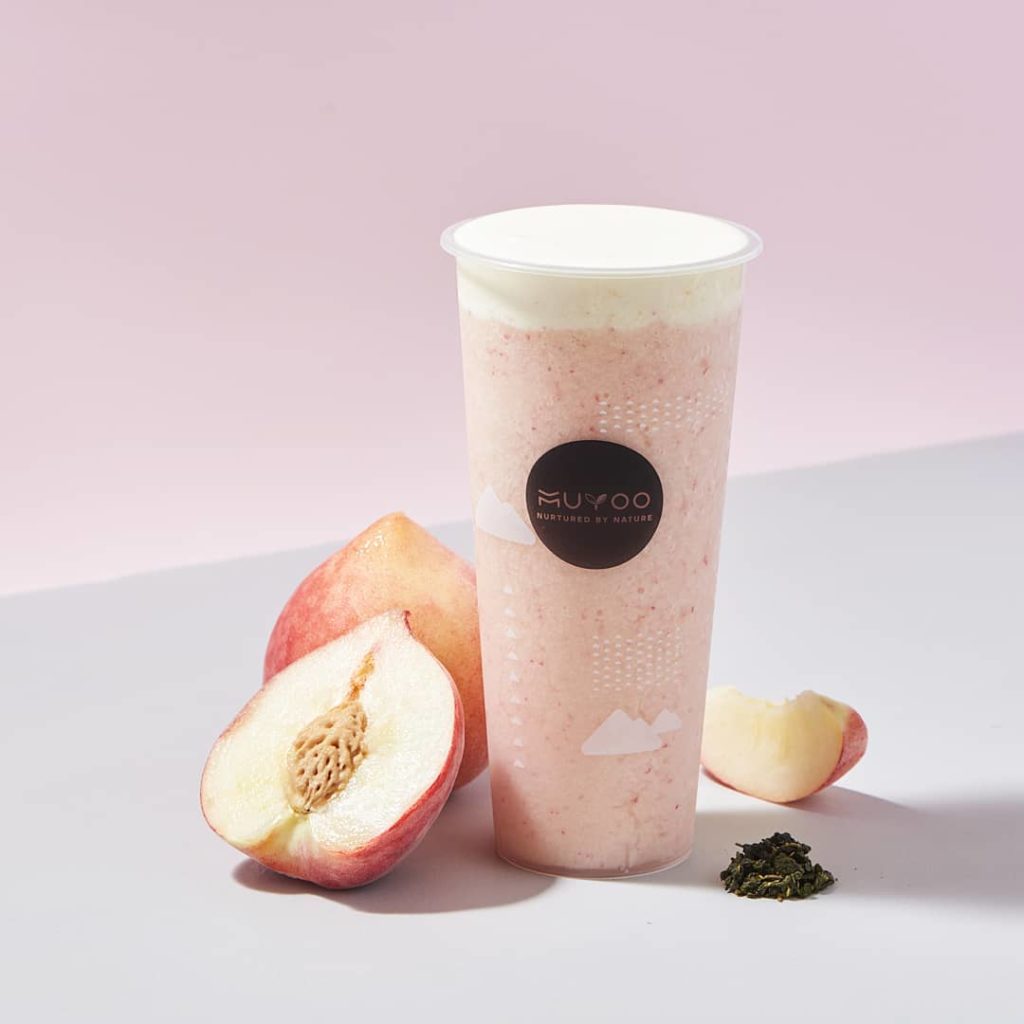 Pick up a side of bread with your bubble tea at Muyoo. This homegrown brand serves drinks which include the trending brown sugar milk tea, fruit teas and milk teas with cheese. As for food, we recommend trying their signature Euro Soft Rolls that look too good to eat. They currently have three outlets: EkoCheras, IPC Shopping Centre and Gurney Plaza, Penang.

Drinks Kuala Lumpur Dining bubble teas
Jolin Lee
Contributor
Unlike most modern-day millennials, Jolin does not need caffeine or alcohol to power through the day (and night). Her eye for beauty is as sharp as her eyeliner flick, and she can spot your unblended eye makeup from a mile away.
Beauty Fashion Style Jewellery