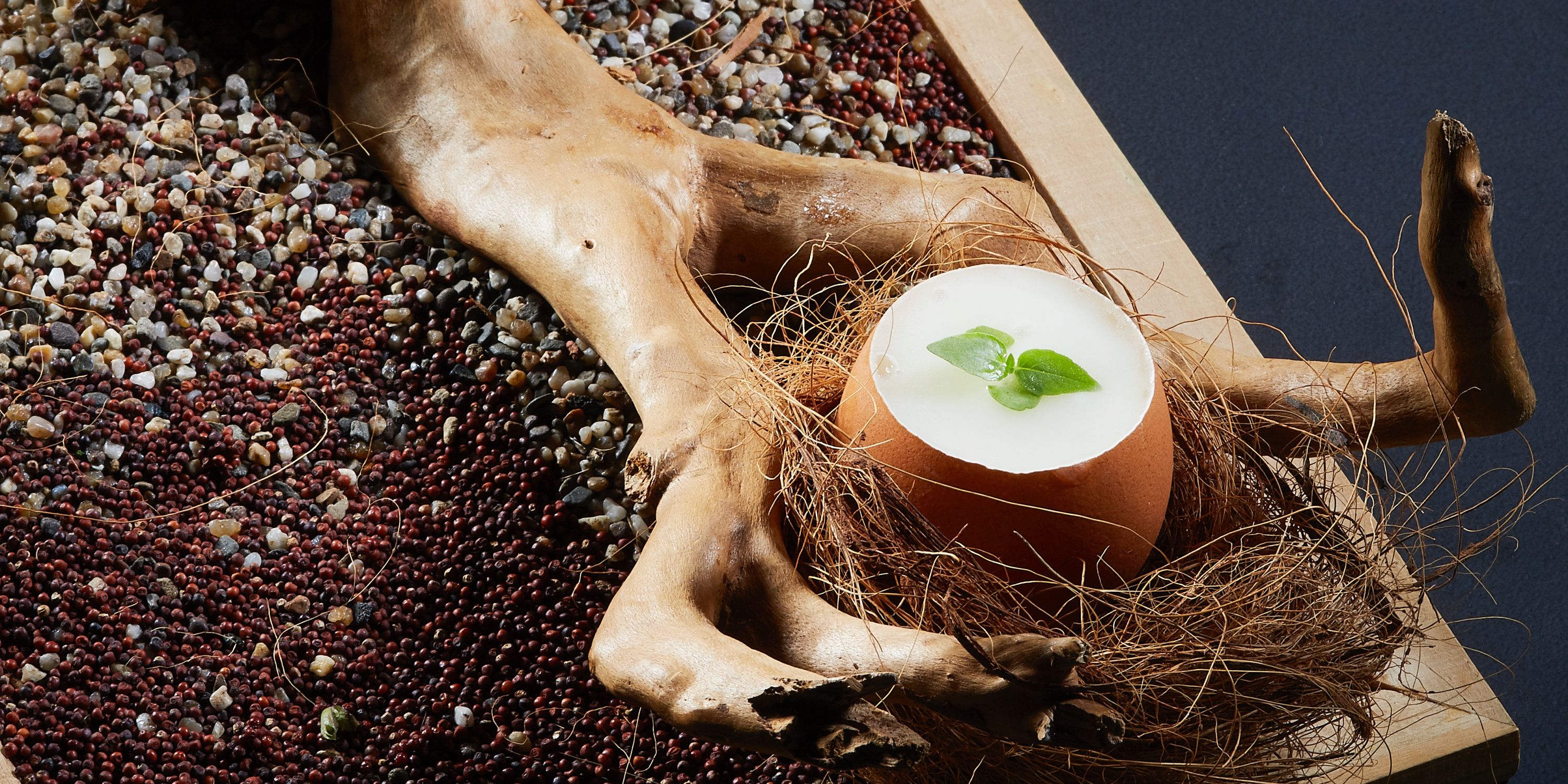 Top bartenders around the world have been predicting the rising popularity of culinary cocktails for a while now. These use savoury ingredients, flavours, and techniques borrowed from the kitchen to create drinks with a savoury spin. Think smoking, sous-vide, fat-washed spirits, and an abundance of umami flavours.

Unbeknownst to them, one such place in KL has already been there, done that and gone even further. Since its opening in 2017, Nadodi has been creating cocktails with a savoury touch to pair with their tasting menu; think gin steeped with truffles, and vodka infused with cardamom and saffron.

This year, the fine dining restaurant takes it up a notch by introducing libations that blur the boundaries between food and drink. Instead of drinking the cocktails, you eat them.

The new cocktail menu consists of classic drinks remoulded with molecular techniques that go hand in hand with the food menu. “Some have been deconstructed and some are artistically done in a different way,” says Akshar Chalwadi, the restaurant’s Head of Beverage Programme. The Bloody Mary for instance has been deconstructed and re-birthed into a granita to be eaten with a spoon while the Mango Margarita is encased in a gelatinous sphere.

“I used a lot of liquid nitrogen for a particular cocktail where I needed to do a sphere,” says Chalwadi, describing his Pina Colada where a liquid nitrogen-frozen sphere made with coconut cream is filled with a shot of pineapple reduction and Malibu gel.

Rethinking the nature of a drink
“Why can’t beverages be presented in a different way?” he asks. The award-winning mixologist who was also crowned “India’s most promising bartender” in 2011 by Bacardi was inspired by the culinary team at Nadodi to push his creations further.

But it’s not just classic cocktails that have been made edible, traditional Indian dishes have been given the booze treatment. The rasam soup, well-loved for its tart tomato flavours, for instance was reinvented. “It was made into a cocktail by creating a concoction that is vodka flavoured with rasam,” says Chalwadi.

But these cocktails also play a fundamental role, that of a palate cleanse. “Most of the cocktails are on the tart side. It washes out the palate and readies it for the next course,” he explains.

“Our cocktails are usually presented in small ‘sip or shot’ formats that don’t overwhelm the diner,” says Chalwadi. “Even though a nine-cocktail pairing might seem excessive, we serve just the right amount of alcohol per cocktail, ensuring that our guests can enjoy the full cocktail menu without compromising their experience.”

With such experimental cocktails, would the Malaysian audience be quite as adventurous to take it all in? “Most [of the] comments that we get are that each cocktail has a unique element of surprise,” he says. “When we first started Nadodi, there were very few cocktail bars or restaurants offering our kind of artisanal cocktails. We are hopeful that we can help inspire bartenders in the city to create similar iterations that can leave the diner surprised.”

Nadodi KL Nadodi culinary cocktails edible cocktails edible cocktail deconstructed bloody mary margarita sphere
PohNee Chin
Editor, Kuala Lumpur
Poh Nee is the editor and writes about travel and drinks. When she's not living out her holiday dreams via Google Earth and sipping on an Old Fashioned down at the local bars, you can find her snug at home bingeing on Netflix and mystery fiction.
Travel Drinks
Sign up for our newsletters to have the latest stories delivered straight to your inbox every week.