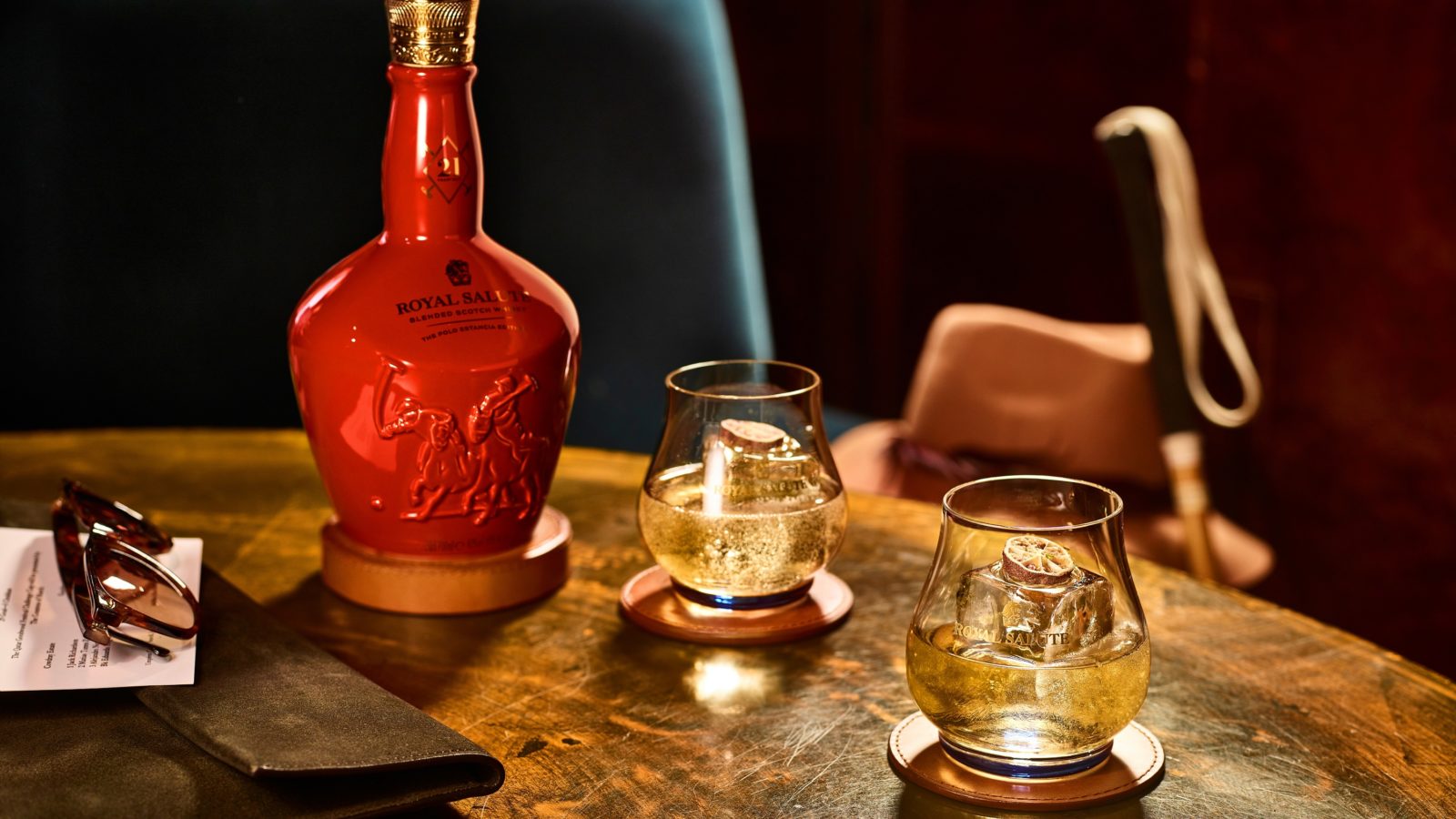 In a protracted blink of an eye, Chinese New Year 2022 is ready to bend around the corner. Just a little over a month after the profusion of merrymaking during Christmas where mulled wine and Eggnog are copiously consumed, it is another round of conviviality over whisky (or cognac) and card games where one chances his luck to parlay loose change into Ang Pow-worthy returns.

Furthermore, gifting is a much-vaunted tradition of Chinese New Year. Presenting a valuable gift in an auspicious colour such as red or gold gains you some valuable brownie points, thereby making you a gracious guest. In the same vein, treating your guest to fine liquids is expected of a generous host.

Naturally, it bears the question:

Which whiskies and cognacs should you get for Chinese New Year 2022 celebrations?

You might like this…
Food & Drink
Spiced gin, luxury sake and extraordinary Syrian wine for your Christmas 2021 celebration
Food & Drink
Exclusive duty-free whiskies available in Langkawi you should get your hands on 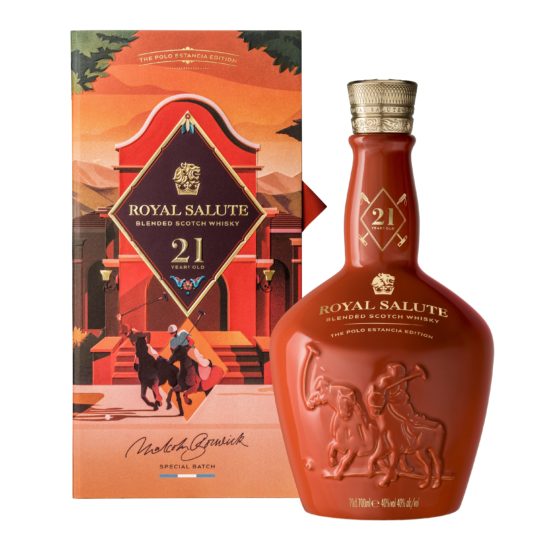 Poised, exquisite and a flacon beautifully crafted in terracotta, the highly prized limited-edition Royal Salute draws from the Malbec wine barrel from Argentina. Like all other Royal Salute whiskies, where precursors are aged for at least 21 years old before they are blended into a symphony, but unlike any other, the Polo Estancia Edition is finished in wine barrels to attain that unmistakable wine bouquet – faint whiffs of berries and chocolate – without straying afar from the typical flavour characterising the whisky.

Priced at RM815, it is available in limited quantities at selected retailers as well as via direct purchase through Trisha Kuck (trisha.kuck@pernod-ricard.com or 016-428 4403). 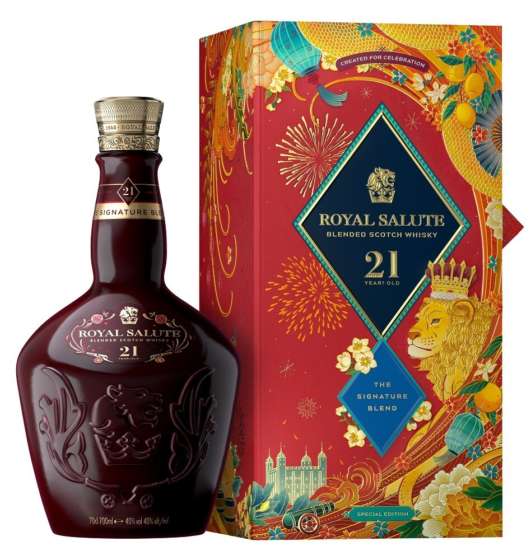 Every Chinese New Year, Royal Salute aptly releases its cornerstone Signature Blend housed in an artistic festive box, featuring a medley of expressive motifs, in limited numbers. The Chinese New Year 2022 edition is a marriage of red and gold in many shades, while the flacon is imbued in seductive burgundy.

Royal Salute was initially created in 1953 to celebrate the coronation of Queen Elizabeth II. The Signature Blend is a sumptuous orchestra of rich, fruity and sweet fragrance, and a hint of masculine smokiness, spices and nuttiness. 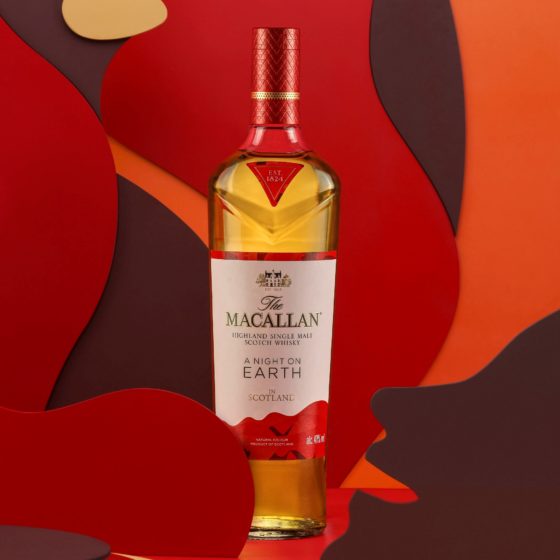 The Macallan Night On Earth in Scotland

The Macallan gears up for festivities with a Night on Earth in Scotland special edition, created singularly to sensorially transport a piece of Scotland to Malaysia. A collaboration with acclaimed Japanese-French illustrator Erica Dorn, the packaging evokes Dorn’s interpretations of the New Year through a unique lens of abstract art. This symbolic gift is crafted from a selection of The Macallan’s sherry seasoned American and European oak casks, enriched with American ex-bourbon barrels to deliver its velvety, sweet shortbread-like character. 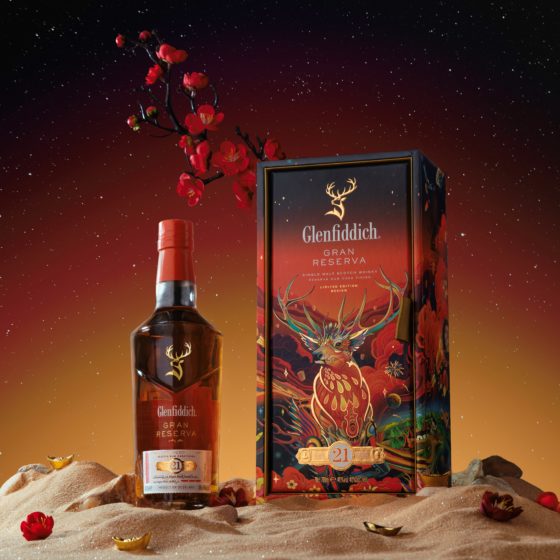 The swansong in the Rlon Wang-designed trilogy of Glenfiddich Chinese New Year gift packs embraces the festive occasion in celestial style. The journey began with Charles Gordon (son-in-law of Glenfiddich founder William Grant) and his ambition to unearth a new facet of the whisky, through the magnificent telling of the ‘Great Homecoming’, where the iconic Stag, known as Fu Lu in Mandarin and a symbol of wealth, prosperity and longevity in Chinese culture, returned home.

For the 2022 edition, offered in 12, 15, 18 and 21 years old, each of the vibrant whisky pays homage to the corresponding colours on the malt labels. “I gave the design an otherworldly feel with the use of traditional symbols in futuristic forms. We see old friends – Glenfiddich’s Royal Stag and the traditional dancing Chinese lion – ascending to the stars with a bright galaxy in front of them; auspicious lanterns, lotus flowers and a soaring phoenix guide them into a vibrant world full of galactic proportions. Zero-gravity allows them to reach new heights, representing a boundless future that awaits,” says Rlon Wang. 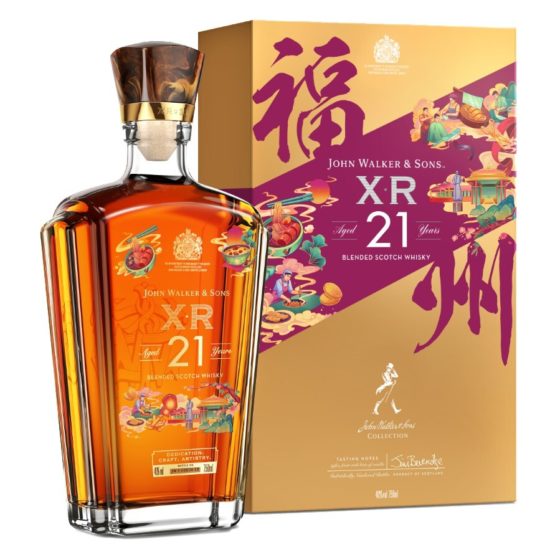 Paying tribute to the various Chinese clans who are an ingrained foundation of Malaysian society, the XR 21 Legacy Collection spans Hokkien, Cantonese, Teow Chew, Foochow, Hainan and Hakka, each beaming with elements reflective of a particular Chinese clan on the packaging. Blended from the exclusive Johnnie Walker reserve of rare whiskies, all of which have been matured for a full 21 years, XR 21 is balanced and elegant, with a zesty, sweet and complex finish. 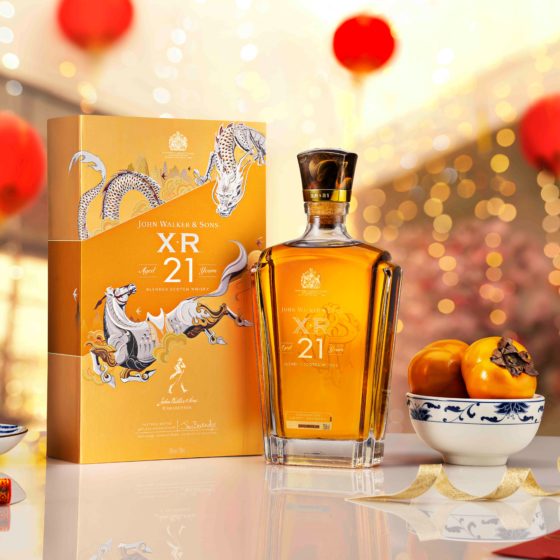 The John Walker & Sons XR21 Crimson CNY is an homage to a sage Chinese idiom, Master of the Pen and Sword. Axiomatic of brains and brawn, the visuals depict stunning images of a dragon and a horse intertwined in an intricate dance representing the ying and the yang of life. The dragon is symbolic of Zhu Ge Liang, a scholar, politician, military strategist and writer during the Three Kingdom period of Chinese history. His reputation earned him the nickname Crouching Dragon. Conversely, the horse is a representation of Guan Yu, a legendary general at the end of the Han dynasty renowned for his loyalty and righteousness. 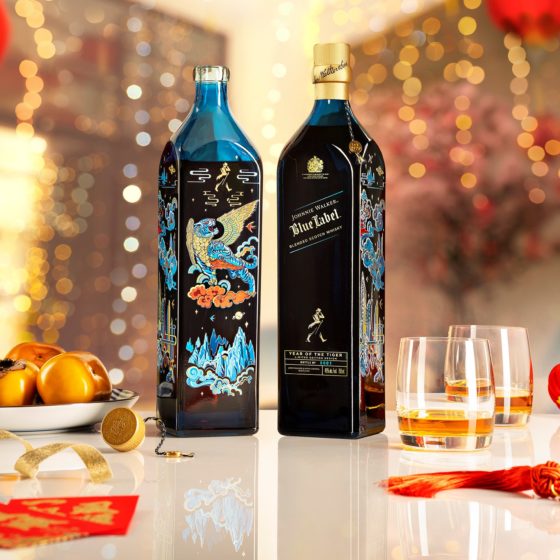 Only 1 in 10,000 casks among 10 million maturing whiskies are deemed exceptional enough to be funnelled into the exquisite Blue Label. For Year of the Tiger 2022, Johnnie Walker calls upon Shan Jiang to illustrate a series of visuals as an ode to the majestic creature. The tiger is adorned with wings waiting to unfurl – idiomatic of a famous Chinese proverb – and standing atop a sea of clouds. “In the last two years we’ve triumphed over tremendous challenges. So, I used those emotions to look to the year ahead with positivity and drew on Chinese mythology and the idea of progress,” explains the renowned artist. 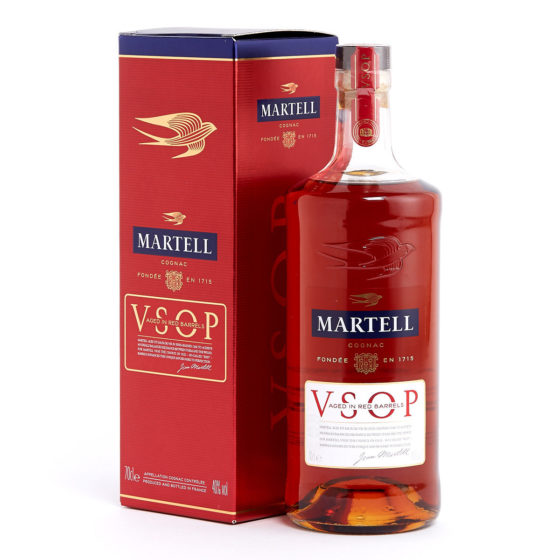 Red is synonymous with good fortune and no one will turn down your generosity if you offer them the cognac matured in red barrels. The reason the barrel is red lies in the unique scarlet hue developed by the aged wood. Rounded but intense, the cognac blossoms into a bouquet of peaches and sweet spices courtesy of the influence by the wood of the russet barrels. 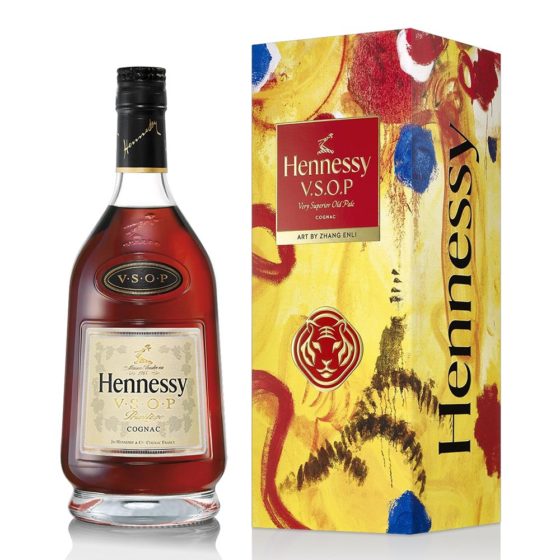 Hennessy’s Chinese New Year 2022 celebration is a cognac splendidly reimagined by Chinese artist Zhang Enli. Widely recognised for his abstract work revolving around the reimagination of unremarkable everyday objects, the prolific artist remakes the packaging into a canvas drawn from the strength of nature, of which the tiger embodies, through Chinese brush painting techniques. The celebratory release is available in several expressions – VSOP, X.O and Paradis.

Cognac Whisky Hennessy Royal Salute Chinese New Year
Justin Ng
Digital Content Director, Kuala Lumpur
Often think of myself as a journalist and so I delve deeper into a range of topics. Talk to me about current affairs, watches, travel, drinks, new experiences and more importantly, the business, economics and dynamics behind it.