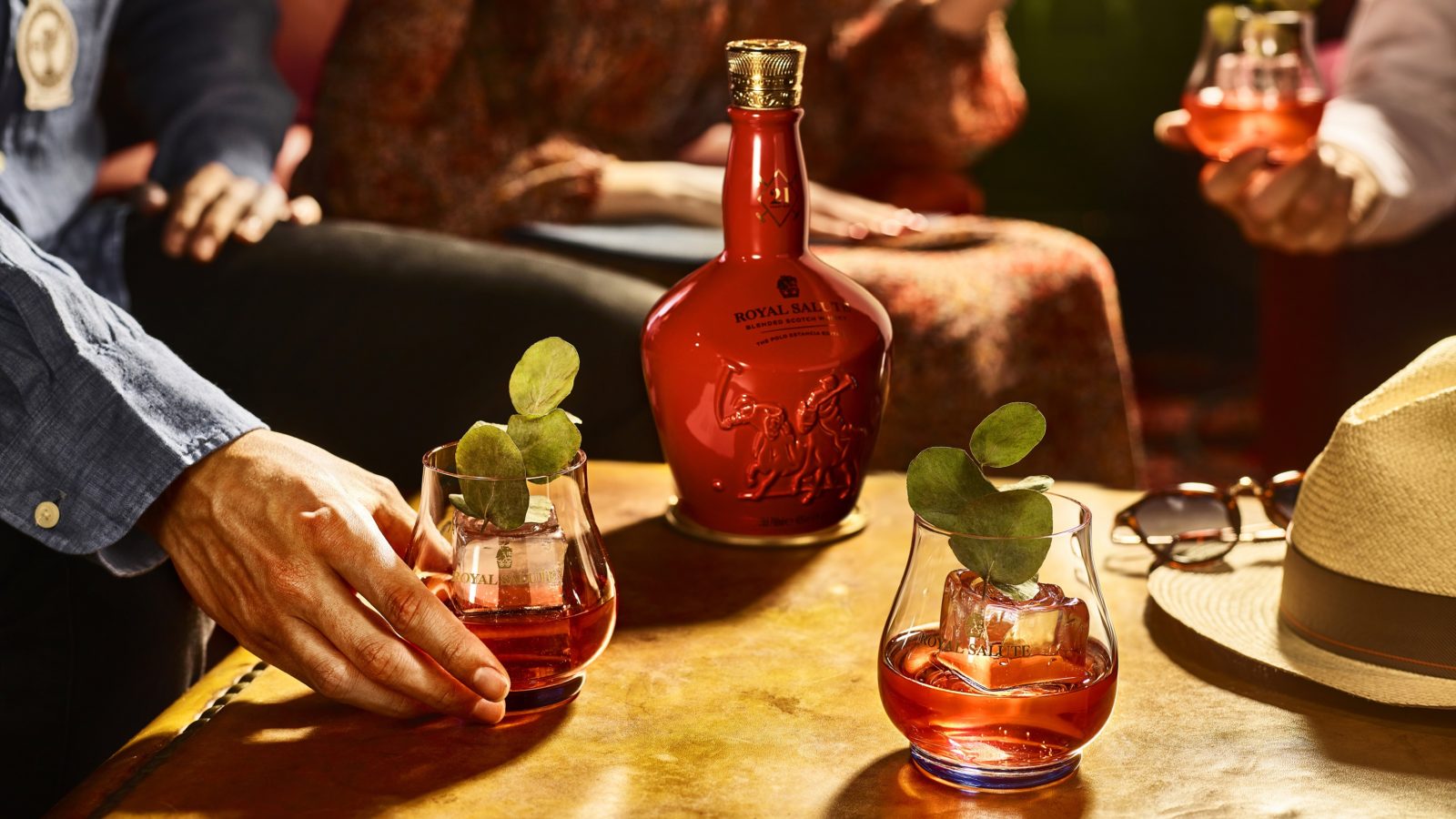 The pandemic-induced lockdown has fundamentally altered our consumption habits. Take whisky reviews for instance. Instead of it being conducted in a group led by an expert, we are now doing it virtually. With restrictions gradually eased and as we learn to live life as normally as we can alongside Covid-19, this review round-up might prove to be the last done at home and in solitude.

You might like this…
Food & Drink
How to appreciate fine whisky, according to Royal Salute ambassador, the Duke of Argyll
Food & Drink
The best new-to-market gin and rum you can buy in September 2021

What better to have a quiet celebration of a sense of normality – you could hop on a plane to Langkawi for some duty-free basking – than indulging in a dram or two and preferably the latest expressions made available in Malaysia, like the Royal Salute Polo Estancia Edition, Tamnavulin Double Cask and Tamnavulin Sherry Cask?

A name synonymous with heritage and prestige, Royal Salute sits at the zenith of Scotch whiskies thanks to its iconic status as the whisky created specifically to commemorate Queen Elizabeth II’s coronation back in 1953. Over the years, the brand whose youngest whiskies begin at 21 years has branched out to other facets reflective of its nobility, like the sport of polo.

A couple of years ago, Royal Salute unveiled the Snow Polo Edition as its first-ever blended grain whisky encapsulated in a gorgeous white ceramic flagon, as a follow-up to the original Polo Edition and Beach Polo Edition. The fourth special edition of the Polo collection draws its inspiration from Argentina, a nation with a proud heritage in equitation – and of course in polo.

Over the past few years, I have come across a variety of whiskies and gins aged in wine barrels. A conclusion I can draw from their collective singularity is the prominence of wine notes. Those aged in Sauternes casks, especially, tend to be both sweet and spicy. Regardless, they are very wine forward, emphasising on the fact that they are matured in wine barrels.

This, however, isn’t the case with the Polo Estancia Edition and that’s not a deficiency. On the contrary, it is its métier. Royal Salute, to me, has always been about finesse. The whisky’s unbelievable smoothness is the consummation of harmony and balance of flavour. The Argentine Malbec wine barrel finish is never domineering at any time, nor does the whisky intend to exaggerate it.

It retains the crux of Royal Salute – the fruity, sweet nose bound by a floral bouquet – and only in the depth, will you encounter subtle berry, dark chocolate notes that reveal this whisky, though a Royal Salute creation, is indeed different. In essence, it is a Royal Salute whisky finished in wine barrels which it is, rather than accentuating and overplaying the finish that alters the soul of the whisky. Get it if you are huge on Royal Salute, or silky-smooth and atypical Scotch whisky in general. The gorgeous flacon is a reasonable alibi for gifting purposes.

The Polo Estancia Edition comes in Royal Salute’s signature hand-crafted terracotta porcelain flagon and gold details, wholly inspired by Argentine sunset. Priced at RM815, it is available in limited quantities at selected retailers as well as via direct purchase through Trisha Kuck (trisha.kuck@pernod-ricard.com or 016-428 4403). Alternatively, if you are new to Royal Salute, get the quintessential expression in the link below to familiarise yourself.

While wine cask finishing is all the rage these days, it wasn’t too long ago that distilleries were pushing for no-age statement whiskies. Though a relatively common practice among Irish and American distilleries, the Scots were insistent on their age statements until the realisation that younger consumers were less fixated with the numbers set in, thus warranting a revisit of such stance.

They yearned for approachable whiskies both economically and taste-wise that could be used in cocktails. Driven by market forces, Scotch distilleries responded in kind. The Glenlivet introduced the Founder’s Reserve, while Auchentoshan unveiled the Three Wood as a form of acknowledgement just several years ago. They weren’t the only ones, of course, but you get the drift.

Based in Speyside, Tamnavulin is a force to be reckoned with when it comes to a new wave of Scotch distilleries who dare to experiment. The Red Wine Cask Edition and the travel exclusive Tempranillo Cask Edition are both rare exhibits of no-age statement single malts finished in wine barrels. They aren’t available in Malaysia as yet, but the distillery has introduced the Double Cask Edition and the Sherry Cask Edition to our shores.

Established in 1966 in the rural village of Tomnavoulin, Tamnavulin has quite a colourful history. Originally founded to satiate the growing thirst of whisky blenders such as Whyte & Mackay, Tamnavulin was ironically mothballed in 1995 by Whyte & Mackay, who became the distiller’s owner after it was acquired by the spirit merchant in 1993. Upon a major refurbishment, Tamnavulin was resurrected in 2007, with a distinct focus on crafting double-barrel-aged single malts.

Introduced in 2016, the Double Cask is Tamnavulin’s first official single malt. Inherently Speyside – fruity, sweet and exuberant – this expression is aged chiefly in American oak barrels and finished in sherry casks. It is fitting that the whisky emits a sweet, fruity fragrance laced with sherry-seasoned characteristics such as chocolate, brioche and cinnamon. Exceptionally smooth for a no-age statement, complemented by a short to medium length finish with a tinge of spice and very little “burn”, the Double Cask is priced at RM260. At this price point, I struggle to think of what a comparable single malt would be, but I can certainly think of many that offer less for more money. It is versatile enough to be enjoyed neat but also inexpensive to be blended into cocktails. It won a gold medal at the 2020 International Spirits Challenge in the single malt no-age statement category.

Although it is called the Sherry Cask Edition, this Tamnavulin single malt is initially aged in new-make American oak barrels, before the spirit is finished in 3 different sherry casks. Unlike the sprightly Double Cask, this expression is tempered and “darker”. Delightful on the nose with brown sugar, freshly baked focaccia, it transitions into fruit cake and toffee on the palate. While I find the length of the finish more brusque compared to the Double Cask, the Sherry Cask is the smoother, drier and mellower of the two. Also priced at RM260, if you are searching for an affordable way to acquaint yourself with sherry cask whiskies which typically cost several times more, this Tamnavulin expression is a viable alternative.

Whisky Royal Salute Single Malt Tamnavulin
Justin Ng
Digital Content Director, Kuala Lumpur
Often think of myself as a journalist and so I delve deeper into a range of topics. Talk to me about current affairs, watches, travel, drinks, new experiences and more importantly, the business, economics and dynamics behind it.