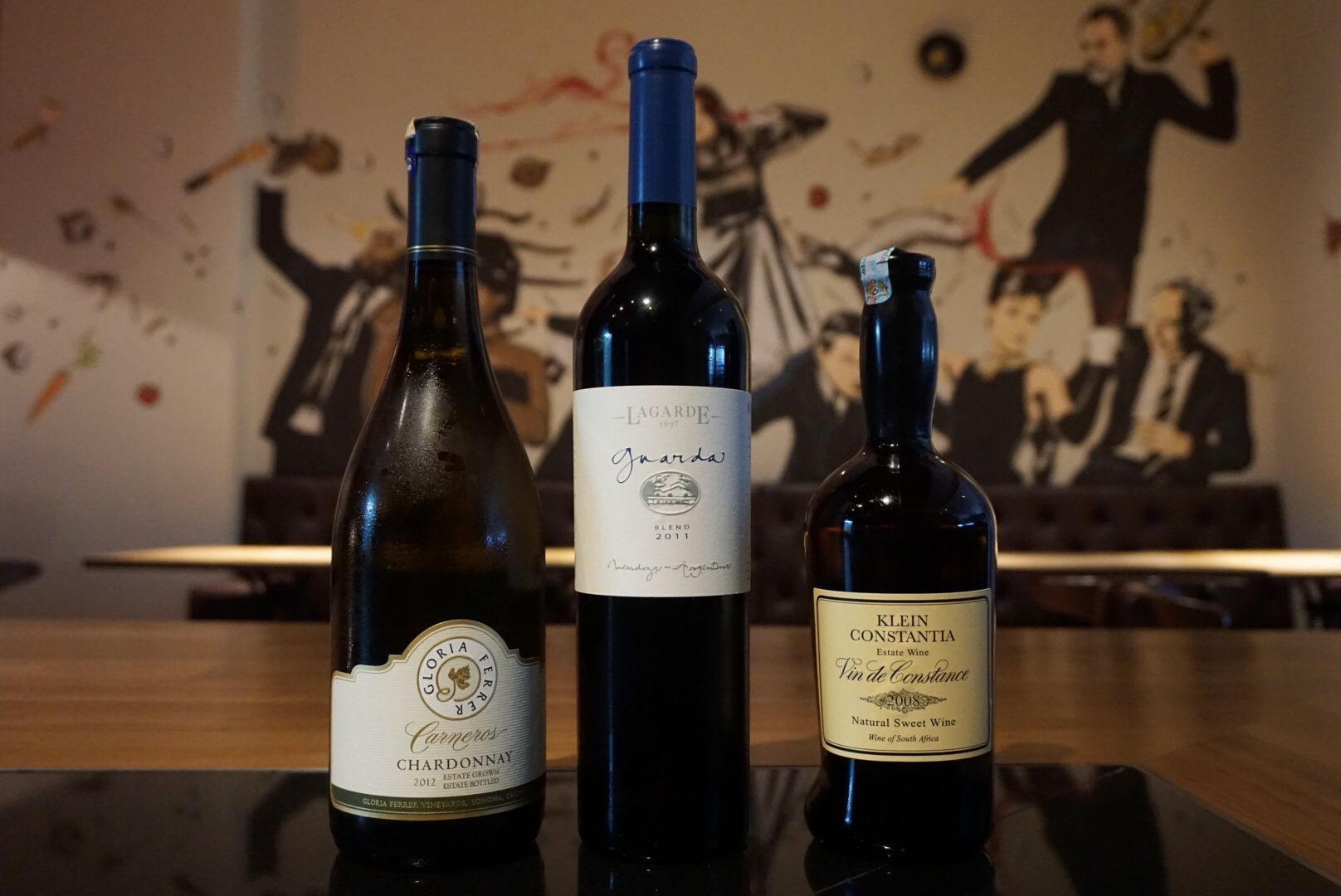 This month, our wine talk series is from the voice of Gustavo Arriaga, sommelier at Coquo Restaurant & Wine Bar in Solaris Dutamas. The Peruvian sommelier has over 14 years of experience in the industry, having worked in some of the best restaurants in Spain, including Roca Moo in Barcelona and Restaurante Europa in Pamplona, both of which are Michelin-starred. Here’s what the friendly sommelier has to say about Old World and New World wines.

Firstly, what are Old World and New World wines? Old World wines are considered wines that are made in European countries where the grapevine originated from and has more than 500 years of wine culture such as France, Italy, Spain, Portugal and Greece among others. These are countries where wine was traditionally produced, which means that they have centuries of history, culture as well as wine cultivation knowledge.

During the age of exploration when the European explorers set out in search of new trading routes, they brought over their own produce to the new lands that they have colonised. One of the products that they tried to plant in the foreign lands was the grapevine, and this was how winemaking was introduced to the ‘New World’ such as Australia, Chile, South Africa and more. In a way, you can say that the Old World is where wine was born, and the New World is the expansion or the continuation of that culture.

New World wines are made with a different mentality and philosophy. Many of the countries are recognised by a particular grape, such as: Argentina (Malbec), Chile (Carménère), Uruguay (Tannat), Australia (Shiraz), USA (Zinfandel) to mention a few.  These varieties came from the Old World but the New World cultivated and took them as their own and produced great results to make good quality wines.

In terms of reputation, Old World wines are usually more appreciated by consumers than New World wines but we can find fantastic wines from both Worlds. The regulations in the Old World are also more strict than the New World. For example, if you are in Portugal, you have Madeira and Porto as great wines recognised around the world — each of these regions has their own specific grapes, and with these specific grapes they make specific wines. This kind of culture does not exist in the New World yet.

Even so, the evolution of wines in the New World is amazing — the competition is extremely high between every wine, even if it’s in the same country. The winemakers pay very close attention to the quality of the wines as well as the image and presentation of the wines. If you want to compare two wines from the New and Old World, it’s best if they have the same grape, the same method of elaboration and the same price; that will be a better way to compare them.

I personally recommend these few Old World and New World labels to try if you haven’t, and they are all available at Coquo KL of course. For Old World wines, go for the Michele Chiarlo Palás Barbaresco 2011 from Piedmont, Italy. It is classic, silky and elegant with rounded tannins, with a long and slightly sweet aftertaste with cherry, raspberry and smoky aromas. Another fantastic Old World wine is Alvear Oloroso Asuncion from Andalucía, Spain which is complex, well-balanced, smooth, warm and savoury with raisins, tobacco, dry nuts and caramel aromas.

As for New World wines I like, there’s the Lagarde Guarda Blend 2011 from Mendoza, Argentina which is flavourful, velvety and rich with a long aftertaste. There’s also aromas of red and black fruits, spices and incense. Otherwise, go for the Gloria Ferrer Carneros Chardonnay 2012 from Napa Valley, USA. It is a well-structured, voluptuous, ample and fleshy wine with white fruits, vanilla, herbs and oaky aromas.

Do we have you licking your lips to taste these wines? Head over to Coquo KL to try Gustavo’s recommendations, or even to have a chat with the sommelier himself.

Sommelier Wine Bar Wine Bars in KL Wine Talk Coquo KL Gustavo Arriaga
Rosalyn Ding
Writer
Sign up for our newsletters to have the latest stories delivered straight to your inbox every week.

The best weight-loss friendly protein smoothies to drink after gym