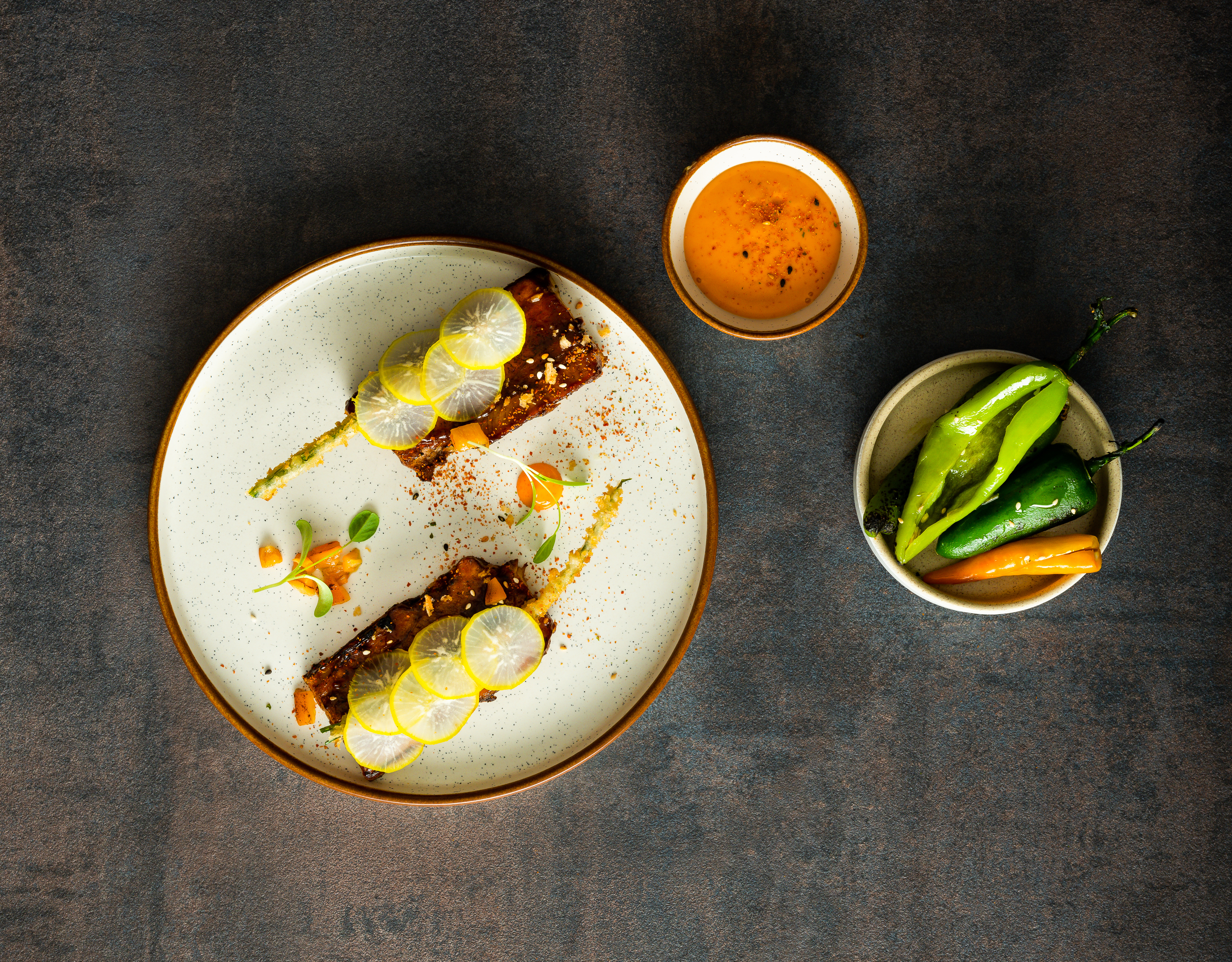 From Ek Bar to Baar Baar: Chef Sujan Sarkar returns to cast his spell on Delhi

Food & Drink
From Ek Bar to Baar Baar: Chef Sujan Sarkar returns to cast his spell on Delhi
Share this article
Next article

Chef Sujan Sarkar, the man who gave Delhi the hugely popular Ek Bar, known for its cocktails inspired by Indian flavours, is back in the capital with his latest offering — the Baar Baar pop-up. In Delhi for just five months, the Indian gastropub is the second outpost of Chef Sarkar’s successful New York flagship of the same name, and seeks to serve not just a fine dining experience, but a “fine food experience”.
You’ll find here a menu of sharing platters, inspired by Chef Sarkar’s travels around the world, featuring his signature progressive Indian cuisine. There are traditional dishes created using modern techniques and with international influences, giving the oft ambiguous term ‘modern Indian’, a stronger (and much needed) definition.

Right at the entrance of Khan Market, the two-storied space is designed by experiential set designer Aaquib Wani, in a style that’s best described as eccentric modern. The gastropub carries a casual air —the first floor is the bar, which opens in the evenings and has a DJ console, and the second floor is all-day dining, with mellow music and sunlight seeping in through the floor to ceiling windows. If you drop in during the day, choose to sit in the inviting balcony to soak in the winter sun.

Kashmiri Duck KulchaSarkar’s Homemade Crisps with Sweet Corn Mousse and Sea Buckthorn Chutney is a good choice for an opener. The can’t-stop-at-one crisps are surprisingly light, and help you save space for the following courses. The mousse is a take on the hummus — while airy in texture, it could pack in a bit more flavour. The chutney carries a sweet-tangy balance, leaning more towards the former. For the main course, the Kashmiri Duck Kulcha is soft as a cloud. The kulcha is topped with sweet apricot offset by a hint of chilli and parmesan, and encases pulled duck within. All the elements come together to form a tasteful bite.

That Chef Sujan knows his meats well is reiterated in the Baar Baar Fried Chicken and Duck Seekh Kebab. The former retains a crackling crust till the end, and the chicken inside is tender to the bone, with an undertone of tandoori flavours. The duck seekh is once again magic. Lighter than a lamb kebab but just as succulent and married with spices, it sits atop a nicely done Ulte Tawe ka Parantha. For vegetarians, there is the Beetroot Murabba, featuring tangy goat cheese. It is accompanied by a beetroot and peanut chop — the breaded and fried ball is a welcome surprise, driving home the progressive Indian cuisine element. A must-try is the Paneer Pinwheel, a rendition of the Shahi Paneer, only better. None of the weightiness of a typical makhni, the curry is made using red peppers with paneer leavened into spirals, paired best with their melt-in-your-mouth naan.
In desserts, the Baked Semolina Cake with house-made milk ice cream, is a take on the traditional sooji halwa – it could’ve been less overloaded than its parent dessert. The Raagi Brownie came with specks of orange chutney and Coorg coffee ice cream, balancing the holy trinity of chocolate, coffee, and orange nicely.
They are soon to get their liquor license, but going by Chef Sujan’s previous undertakings, we’re expecting nothing but idiosyncratic cocktails that pack a punch.

With each floor catering to a certain kind of ambience, you can take your pick based on the kind of outing you want. Doing progressive Indian food for over five years now, Chef Sarkar’s skills shine at Baar Baar too. His mix of traditional Indian dishes with international cooking techniques wows the palate, and not just the eyes. The portions work well to satiate the appetite, and you’ll have to make more than one visit to try everything on their menu (which features only 31 items).
Where: 2-3, Khan Market, New Delhi
Opening hours: Mon-Sun, noon to midnight
Recommended dishes: Kashmiri Duck Kulcha, Baar Baar Fried Chicken
Price: INR 1,000-1,500 per person, without drinks
Noise levels: Moderate on the first floor, quiet on the second floor
Service: Responsive and informed about the menu
All images: Courtesy Baar Baar Delhi

Cocktails Pop-up Restaurant Indian food Modern Indian Cuisine Baar Baar Chef Sujan Sarkar Khan Market
Megha Uppal
Senior Associate Editor
An innate love for travel and food has translated into many a trips since childhood for Megha; it also fed her curiosity to know about local cultures. When not writing, she is on the lookout for three things: A great dark chocolate dessert, a beautiful pool where she can practice her backstroke, and art that she can save up for.
Travel Culture Food Drinks