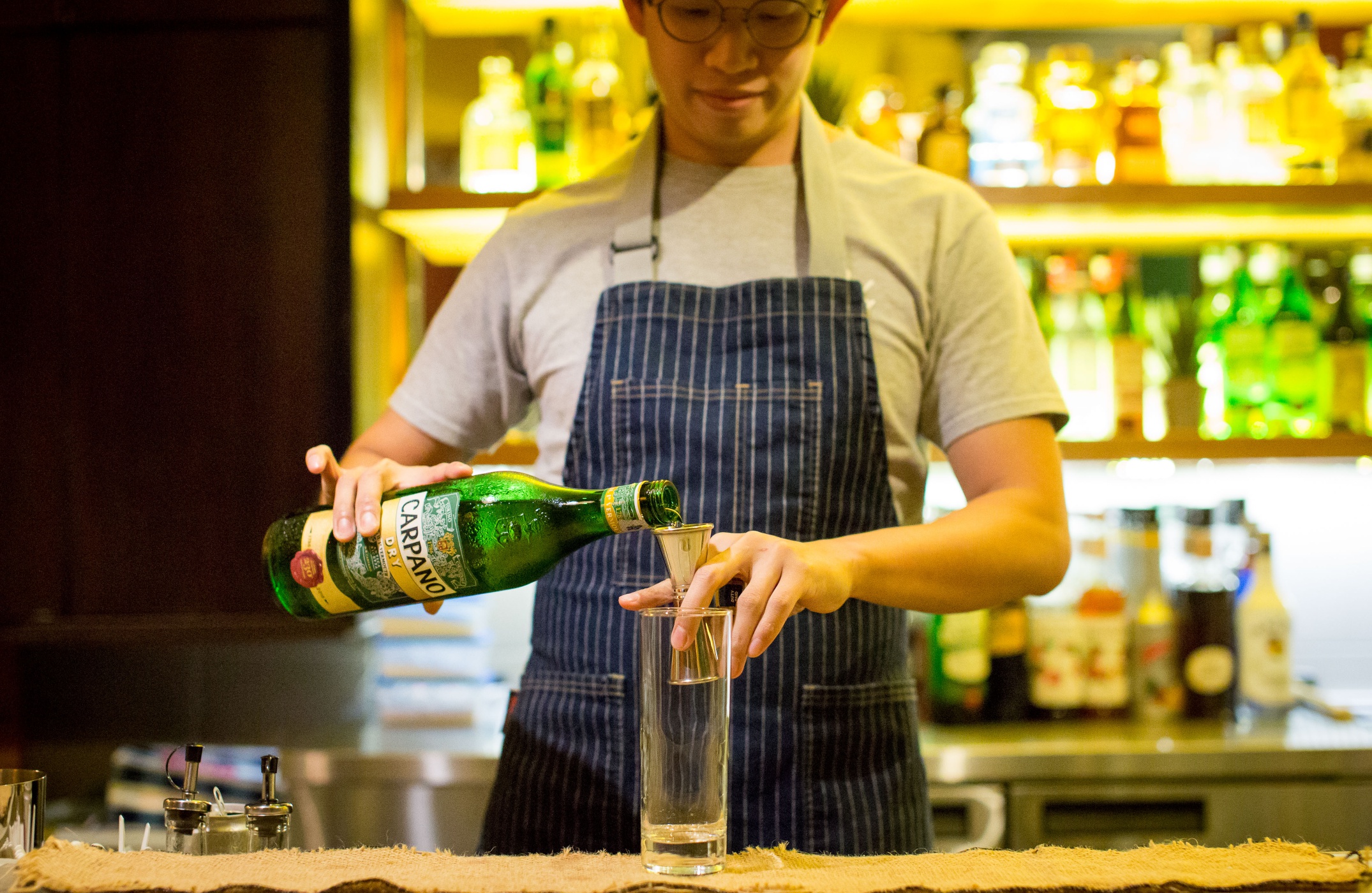 Vermouth is like your favourite drunk aunt — always sorely needed at a family gathering, but never the main one in the spotlight. That’s about to change at Los Flowerpecker, the new cocktail bar in Damansara Uptown that focuses on vermouth. Helmed by Omakase + Appreciate’s Shawn Chong, this vermouth-focused bar was previously occupying the space in Barat restaurant and known as The Flowerpecker. Things didn’t work out, but they’re now occupying their own space in the former Lou Shang bar shop lot and going by a Latin American accent.

Chong has several reasons to make vermouth the main star of his new bar. The fortified wine is flavourful thanks to all the botanicals that go into it. “I also wanted to expand its market and show people that there are other enjoyable spirits you can drink, as everyone is still hyped about gin and whisky,” he says. Chong also wants to show that vermouth can be drunk exactly like those two spirits. When chilled, it can be drunk neat. Otherwise, it can also be mixed with tonic or soda water for a refreshing drink. “It’s actually quite a versatile spirit that’s very under-appreciated,” he remarks.

However, as a businessman, Chong also knows that variety is the spice of life. Instead of pigeonholing himself to do only vermouth, he’s also expanded Los Flowerpecker’s variety of offerings to agave and rum, following the bar’s Latin American theme.

The bar truly takes on a Latin American vibe: think bright orange walls, wooden shutter windows, colourful tribal printed fabrics on chairs, and a sombrero hung on the wall for good measure. The layout of the bar is similar to the old Lou Shang — there are seats by the bar, couch seats for larger groups, several tables and chairs, and an outdoor seating area. In the background, Spanish songs play continuously — thankfully, we haven’t heard any Despacito yet. There’s a whole page on the menu dedicated to vermouths. At Los Flowerpecker, they stock five different brands in three styles from Italy and France: dry, Bianco, and sweet. Those who have never tried vermouth neat should head for the tasting flight to suss out which type of vermouth tickles their fancy. We tried out the Vermouth Soda, an easy, sourish version of the Gin Soda. It’s refreshing with a floral and herbaceous bouquet — definitely a great drink to start your night with.

Next, we had an aperitif — the Aperol Spritz. Chong wanted to bring the aperitivo culture to KL, so patrons could have a light cocktail to whet the appetite during happy hour instead of getting stoned drunk. Unlike the original Italian Aperol Spritz that’s made with Prosecco, Chong’s version at Los Flowerpecker features carbonated white wine. If you’re not a fan of the usual saccharine Aperol Spritz, you’ll be happy to know that this version features a slightly sour composition thanks to the carbonated white wine used. Moving on to classic cocktails, Chong made the Rosita for us. While he was making it, we realised it was reminiscent of the Negroni. The only difference is that the gin is replaced with tequila. This new rendition of the Negroni has a herbaceous flavour thanks to the layered flavours of sweet vermouth and Campari. Finally, Chong made a classic Margarita to finish our night off. It’s an iconic cocktail worth a bartender’s measure, and we’re glad to see it on the menu as a serious cocktail and not a saccharine filler drink. Other than the Margarita, other classic Latin American cocktails in the menu include the Daiquiri, Caipirinha, and Pisco Sour. For the Margarita, Chong gave a tiny Malaysian touch to it — instead of rimming the glass with salt, he did so with asam boi powder.

If you want an easy place to get good cocktails without needing to travel too far into the city centre, Los Flowerpecker is a good place to begin. Being vermouth-focused, they have the key advantage of serving you something comfortably familiar, yet not too wildly experimental. Try to think of the vermouth as a freestanding spirit and not the additional liquor you need to add into your usual cocktails. Don’t expect to find experimental cocktails a la Omakase + Appreciate here — it’s all about good old classics that you’ll recognise.

Omakase + Appreciate Shawn Chong the flowerpecker Los Flowerpecker los flowerpecker uptown shawn chong bartender vermouth bar latin american bar vermouth soda vermouth tonic
PohNee Chin
Editor, Kuala Lumpur
Poh Nee is the editor and writes about travel and drinks. When she's not living out her holiday dreams via Google Earth and sipping on an Old Fashioned down at the local bars, you can find her snug at home bingeing on Netflix and mystery fiction.
Travel Drinks