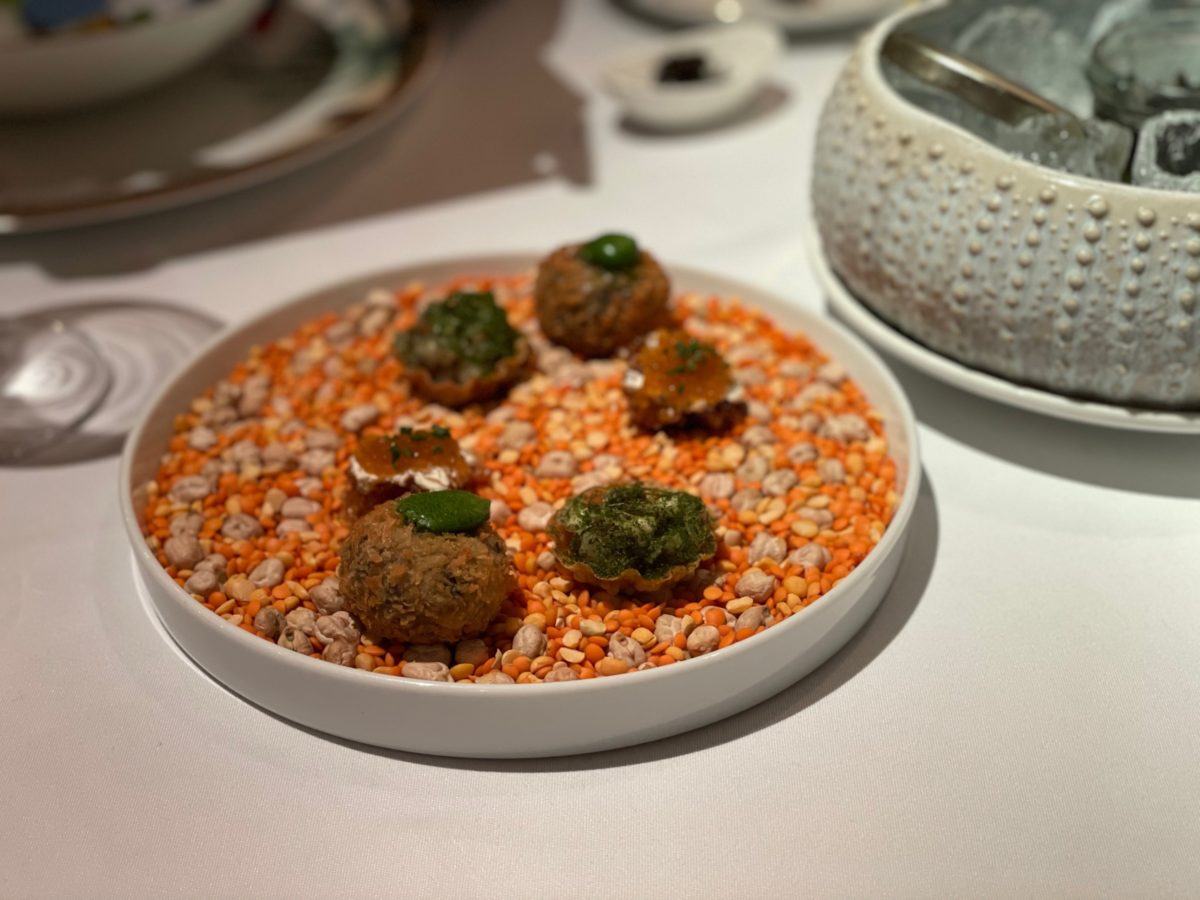 French food and sake isn’t a pairing you’d commonly see in a fine dining restaurant, yet that was precisely what I had at DC Restaurant recently.

After close to three months of not being able to dine in restaurants, the denizens of Klang Valley are absolutely starved for nice things, and it’s obvious by the full house I observed while dining at DC Restaurant by Darren Chin recently. Even after seven years, it is still the place to go to for a fancy night out, and the only place worth splashing out on cold capellini. What other surprises could Chef Darren Chin and his team bring out for us in his latest menu? Spoiler: There’s still cold capellini on the menu, because regulars would absolutely riot if it was gone.

This six-course tasting menu was specially designed to be paired with Kuheiji Sake, a brewery whose sake has been influenced by French winemaking culture and techniques. One of the best sake types to come out of Kuheiji is the Junmai Daiginjo sake, which is one of the most delicate and smooth tasting rice wines you’d have the pleasure of tasting.

But how do you fashion rice wine to be like your Sauvignon Blancs or Chardonnays? The secret lies in its tasting profiles that are rich and floral, reminiscent of what you might find in your French varietals.

To further prove the richness of this pairing, we first had the Kuheiji, Ka No Chi, Yamadanishiki Junmai Daiginjo 2019 with premium Iranian caviar — one of the best grades of caviar you can find around the world. Pairing both the delicate flavours of the caviar and Junmai Daiginjo was a special one — neither overpowered the other, and both dancing in harmonious melody on the palate.

An interesting accompaniment of ingredients

One of the things I realised throughout the night was how certain dishes on the menu seemed like an interesting pair on paper, but actually worked out in execution. This was in part the work of DC Restaurant’s sous chef Tran TT, whose boldness allowed him to experiment with new things in the menu. Take the Blue Swimmer Crab dish in our first course, for example. The crab came with avocado coated in seaweed powder. While that might have sounded bizarre, it surprisingly gelled together — all in part thanks to an actual lime and lemon gel on the side, which cut through the rich creaminess of the avocado and the blue swimmer crab. The dish was paired with the Kuheiji, Kurodasho, Yamadanishiki, Junmai Daiginjo 2019 which had a complex bouquet.

Another interesting dish was our second course, the Scottish diver scallop. Nearly the size of my palm, the Scottish scallop was handpicked from the sea and pan-seared to a medium rare doneness. While the scallop could easily shine on its own, it was the accompanying sauces in the dish that really piqued my interest. On the plate were haricot vert beans, a corn veloute, and clam jus foam. The corn veloute was light and airy in texture, but the addition of clam jus foam with its umami flavour was intriguing — almost like a deconstructed clam chowder.

We see the much-loved cold capellini in the fourth course of the menu, taking on a new name: Echo of the sea. It’s not the same cold capellini that most regulars would be familiar with, forgoing its former light taste with richer indulgences of Hokkaido bafun uni, Alaskan king crab, cured amaebi, and drizzled with a savoury seafood sabayon.

Thanks to my party of four, we were able to savour all the main dishes offered in the tasting menu. The Miyazaki Japanese A5 wagyu tenderloin was a stunner, cooked on the binchotan grill and served alongside watercress, Jerusalem artichoke, and Chitose vegetables. On the plate, it was almost like a bountiful garden showcasing the best of the fresh ingredients available in Spring.

The Silverhill Irish duck supreme was equally as spectacular on a different spectrum, prepared with a herb crust, eggplant, and baby carrot with cumin yogurt. While the wagyu dish sought to showcase the spectacular freshness of ingredients in season, this dish dug deeper into the earth with its spices and herbs, enhancing the meaty flavours of the duck.

Swimming deeper into the depths of the ocean, the other two main dishes were the Alaskan king crab and the Chilean seabass. The former was served two ways to really accentuate the richness of the flesh: one had fried capers with smoked cauliflower cream and umami sabayon to allow the true taste of the lightly poached crab to reveal itself, while the other was cooked a confit style with clear tomato water. As for the latter, it was prepared simply and easily with buttermilk espuma, Chitose vegetables, apple, and mussel jus for that extra touch of the sea.

All the mains were served with the Kuheiji, Sauvage, Omachi, Junmai Daiginjo 2019, which had a minerality to it and sweetness that only a Junmai Daiginjo can produce. While I felt it went extremely well with the seafood options, I believe that it’s harder to appreciate if paired with red meat.

Is any dinner at DC Restaurant complete without a visit from the cheese cart? Most definitely not. Dessert was a choice between the Rhum & Raisin, Milk & Honey, or a selection of cheeses. If you’re the sort who loves to end the night with a dependable chocolate dessert, then the Rhum & Raisin definitely satisfies, with its light rhum mousse, chocolate sponge, cacao brittles, and raisin ice cream finished with a touch of dark raisin puree. The Milk & Honey is a sweeter option with exotic wildflower honey from the Mae Rim province in Chiang Mai, caramel streusel, and milk ice cream with apple cider gel. But if you, like some of my dining companions, like to go big and then go home, take your pick from the cheese cart. Might I suggest the Brebis with fresh honeycomb?

(All images are shot on the iPhone 12 Pro)

DC Restaurant DC Restaurant by Darren Chin french fare
PohNee Chin
Editor, Kuala Lumpur
Poh Nee is the editor and writes about travel and drinks. When she's not living out her holiday dreams via Google Earth and sipping on an Old Fashioned down at the local bars, you can find her snug at home bingeing on Netflix and mystery fiction.
Travel Drinks