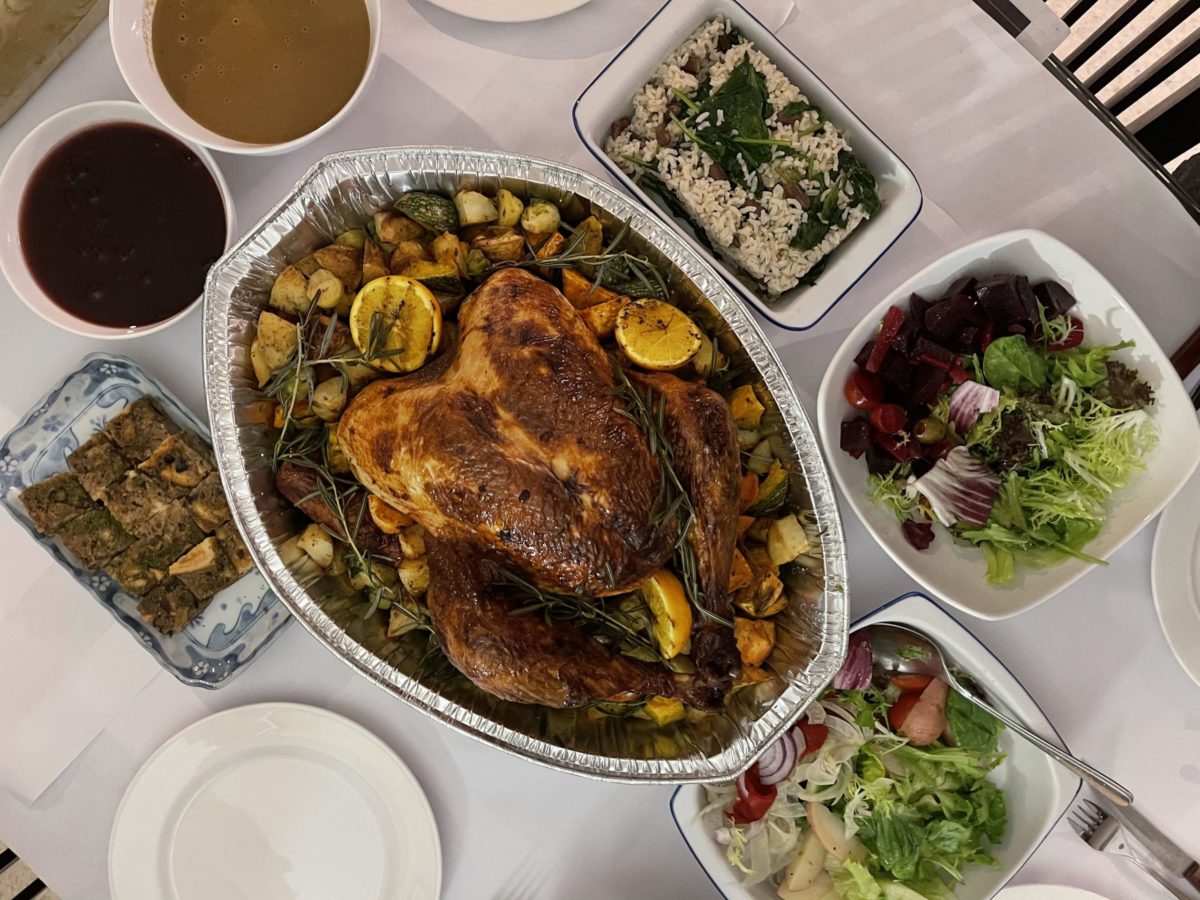 Hilton Kuala Lumpur wants to keep you safe and indoors with its Santa’s Turkey Box delivery.

Christmas dinners are always a great time for friends and family to come together to eat, drink, and be merry. Unfortunately, this year makes that difficult, especially if you come from a big family. Even more so, going out to eat is becoming increasingly more dangerous with the rising cases on a daily basis.

With that said, Hilton Kuala Lumpur has got the answer when it comes to Christmas dinners. If you’ve decided on staying but unsure of what to get, you can now tuck into the hotel’s sumptuous Christmas buffet spreads via delivery. These Festive Takeaway Boxes are a great spread that can feed between five to six people and is available throughout the entire month of December.

You can choose between beef and lamb but why would you when the star attraction is the turkey, which has been slow-roasted with a honey-orange glaze and easily weighs between four to five kilograms. What’s great about the Santa’s Turkey Box is that not only do you get a large turkey but all the trimming as well. Hilton KL were kind enough to send over a Santa’s Turkey Box to us, and boy did we indulge.

Of course, that’s not all that Hilton KL offered.

With your whole turkey, the box set also comes with plenty of sides, salads, and desserts; definitely more than enough for leftovers to last a couple of days. We started off with the festive salads — new red potato salad with fennel and roasted peppers; beetroot and feta salad with candied walnuts; and smoked chicken, red quinoa, pomegranate salad with roasted pine nuts and fresh mint. Yes, the salads were a mouthful — both figuratively and literally.

All three salads were vivid and vibrant due to the ingredients used, making it a sweet and healthy start to the meal. To go with your trio of salads is the kidney bean and spinach brown rice, a fluffy and fragrant side that slowly eases you into the meal that’s about to come.

You may also like…
Food & Drink
Spread some festive joy with these holiday menus in KL
Food & Drink
The Great Holiday Wishlist: Best gifts for your gourmand buddies

Once you’ve had your fill of rice and salad, it’s time to dig into the main course: the turkey. First off, it’s worth noting that Hilton KL did not stinge on the poultry; it is a plump, juicy, and meaty bird that glistens the moment you pop it out of the oven (if you’re reheating!) Its meat was moist and succulent to the bite, which also went well with the mushroom and chestnut stuffing as well as the giblet gravy, cranberry sauce, and natural jus. But that’s not all you get with the turkey — surrounding the large bird were roasted vegetables like sweet potatoes, roasted potatoes, mixed roasted pumpkin, and brussel sprouts.

To top off the meal, Hilton KL also gave us a trio of desserts: a fruit platter, traditional mini apple pecan pies, and a chocolate Swiss roll. While the fruits were fresh and sweet, it was the other two desserts that truly stole the show. The mini apple and pecan pies came in a set of six and can be easily devoured in a single bite — a crunchy, nutty, yet surprisingly light dessert. As for the rich chocolate Swiss roll, it’s perfect if you have a sweet tooth.

All in all, Hilton Kuala Lumpur did not disappoint when it came to its Santa’s Turkey Box delivery set. The meal from start to finish was decadent and superb; the turkey tasted even better after being kept in the refrigerator overnight.

(All images shot on the Apple iPhone 12 Pro Max)

Turkey Hilton Kuala Lumpur Christmas
Wi-Liam Teh
Senior Writer
Wi-Liam is a geek at heart with a penchant for tattoos. Never without a drink in hand (preferably whisky, gin, or Guinness), he is also a writer by day and a keyboard warrior by night. On his day off, he masquerades as a streetwear and sneakerhead enthusiast while his bank account says otherwise.
Tech Cars Watches Entertainment Food Drinks

Skillet@163 welcomes the deep, earthy flavours of autumn in its latest menu