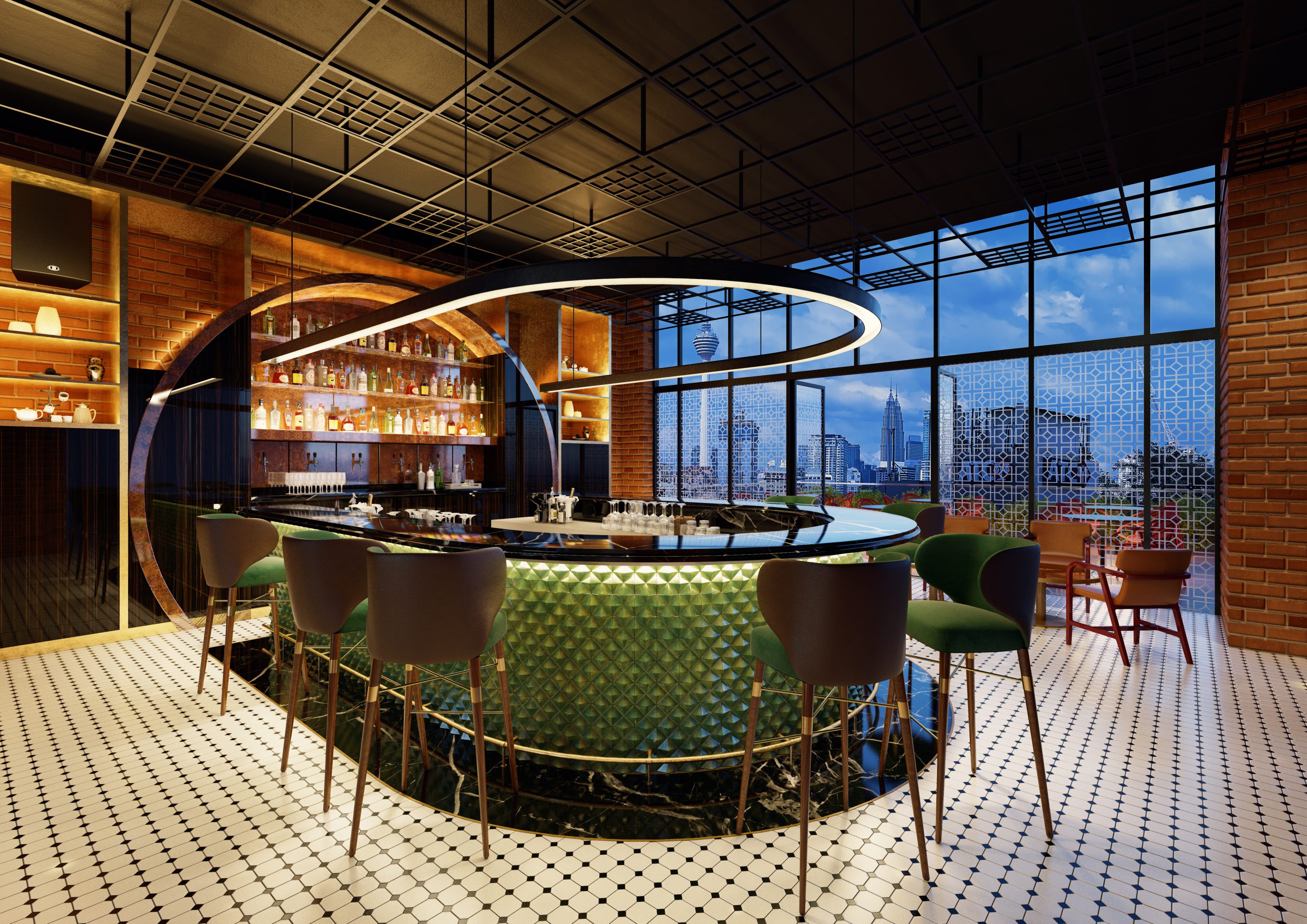 Food & Drink
Review: Jann weaves the story of Chinatown’s heritage into its cocktails
Share this article
Next article

Romantics will say that KL’s Chinatown is full of history and a storied past that we should all strive to preserve. Realists will say that it’s filthy and losing its identity amidst the change in ethnicity handling the businesses. As for us? We say it’s a mixture of both. While the neighbourhood is admittedly not the most pristine in town, look closely and you’ll see that generations of businesses are still thriving there, mixing in with the latest establishments making a new home in repurposed heritage buildings.

Food & Drink
Neighbourhood guide: Where to eat, drink and hang out in KL’s Chinatown

Among all these, a new building has slowly risen within the neighbourhood and raring to make Chinatown cool again. The building in question is the new Four Points by Sheraton KL, Chinatown. While the hotel itself is nice, we reckon the in-house bar Jann is even nicer. Helmed by Lawson – previously from horror-themed bar The Deceased – the cocktail menu is one that weaves in the story of Chinatown’s locals, shaken up with familiar flavours, and served alongside a dash of Lawson’s signature cheekiness.

The day and night ambience of the bar are worlds apart. During the day (the bar opens at 4 PM), Jann is bathed in an abundance of natural sunlight. As the golden hour approaches, the light begins to filter in through the lattice prints on the window, creating intricately-patterned shadows on the floors and tables. In the middle is the wraparound bar with a marble top and jade green tiles, similarly echoing the traditional Chinese decor of Four Points by Sheraton KL.

A story behind each drink

There are no particular spirits that Jann specialises in. Rather, creativity is at the heart of Lawson and his team’s creations. The bar team tries as much as possible to link its drinks back to the history of Chinatown’s inhabitants, from the old tailor that used to make shirts for our early prime ministers to the asam laksa stall in the wet market that serves up a bowl of the best noodles in town.

The first cocktail we’d recommend to start your imbibing journey through Chinatown’s history is Dear Jann, a refreshing cocktail inspired by the hotel owner’s daughter. Served in a delicate glass flute and misted with a lavender “perfume” upon serving, this drink is delightfully light and fragrant, making it the perfect aperitif to begin your evening.

Next is an interesting cocktail pairing with one of Chinatown’s oldest inhabitants, Oloiya – known for selling Chinese-style meat jerky. History has it that the founder of Oloiya originally started his business serving orange juice in Chinatown along Jalan Hang Lekir, and a regular Taiwanese patron turned good friend would frequent the store whenever he was in Malaysia. This customer was in fact, a pork jerky businessman. The two then began a partnership of selling meat jerky – known locally as bakkwa – and the business flourished till today.

Inspired by that story is the Bak Kwa cocktail made with a mezcal base and orange liqueur from Grand Marnier. The orange flavour pays homage to the original orange juice business and a piece of chicken jerky from Oloiya sits on top of the cocktail, ready to be paired with the drink. The smokiness of the mezcal complements the burnt bakkwa, making for an interesting drink.

In the same vein of savoury-inspired cocktails is the Asam Laksa drink, inspired by an asam laksa stall in the wet market on Madras Lane. Lawson himself is a fan of the noodle stall and has managed to create a tequila-based drink that has all the aromatic layers of the dish – kaffir lime leaves, ginger flower, asam keping (dried asam slices), and calamansi – without resorting to making the cocktail a savoury one. A dash of spicy liqueur makes this drink one with heat. You can adjust the spiciness – just let the bartender know how willing you are.

Our next cocktail is one that has an actual touch of umami. The Tailor is inspired by a century-old tailor shop on Jalan Sultan that still uses traditional sewing machines to make its clothes: Kwong Fook Wing. The founder of the tailor shop came from China and had the foresight of demands for Western-style suits, and his business flourished. Among his clientele include the second prime minister Tun Abdul Razak, local dignitaries, and even the Yang di-Pertuan Agong.

Paying homage to the shop’s use of traditional equipment, Jann’s cocktail is a take on the Old Fashioned classic cocktail. The Tailor takes out the bitters and muddled sugar element, replacing it with a bonito-infused bourbon for a spirit-forward and umami-flavoured drink. It’s a bold one, not for the faint at heart.

To round things up, we chose a dessert cocktail that’s familiar, comforting, and extremely close to our hearts: Tau Foo Fah. Using the exact tau foo fah (soybean pudding) from the famous Kim Soya Bean stall on Petaling Street, Lawson and his team added cincau (grass jelly) into the mix with soy milk and rum. The result is a delicious dessert cocktail that’s just like tau foo fah but with a hit of alcohol. In fact, rum was the spirit of choice in this drink because its molasses flavour mirrors the brown sugar syrup used in regular tau foo fah. It truly is a delight to have – the only danger here is that you order too many portions of it.

Lawson and his team behind Jann may be young (the former is only 23 years old), but they’re extremely talented in what they do – that itself is evident in the cocktails served. Every drink has been thoughtfully created, matching up to the stories behind it. The cocktails are no gimmicks – they’re truly delicious and purposefully executed.

Even if you’re not staying over at the Four Points by Sheraton KL, Jann is worth a visit. After all, hotel bars in KL are already staking its place in the local cocktail scene.

Bars in KL Cocktail bars in KL Immunity boosting Immunity
PohNee Chin
Editor, Kuala Lumpur
Poh Nee is the editor and writes about travel and drinks. When she's not living out her holiday dreams via Google Earth and sipping on an Old Fashioned down at the local bars, you can find her snug at home bingeing on Netflix and mystery fiction.
Travel Drinks
Sign up for our newsletters to have the latest stories delivered straight to your inbox every week.