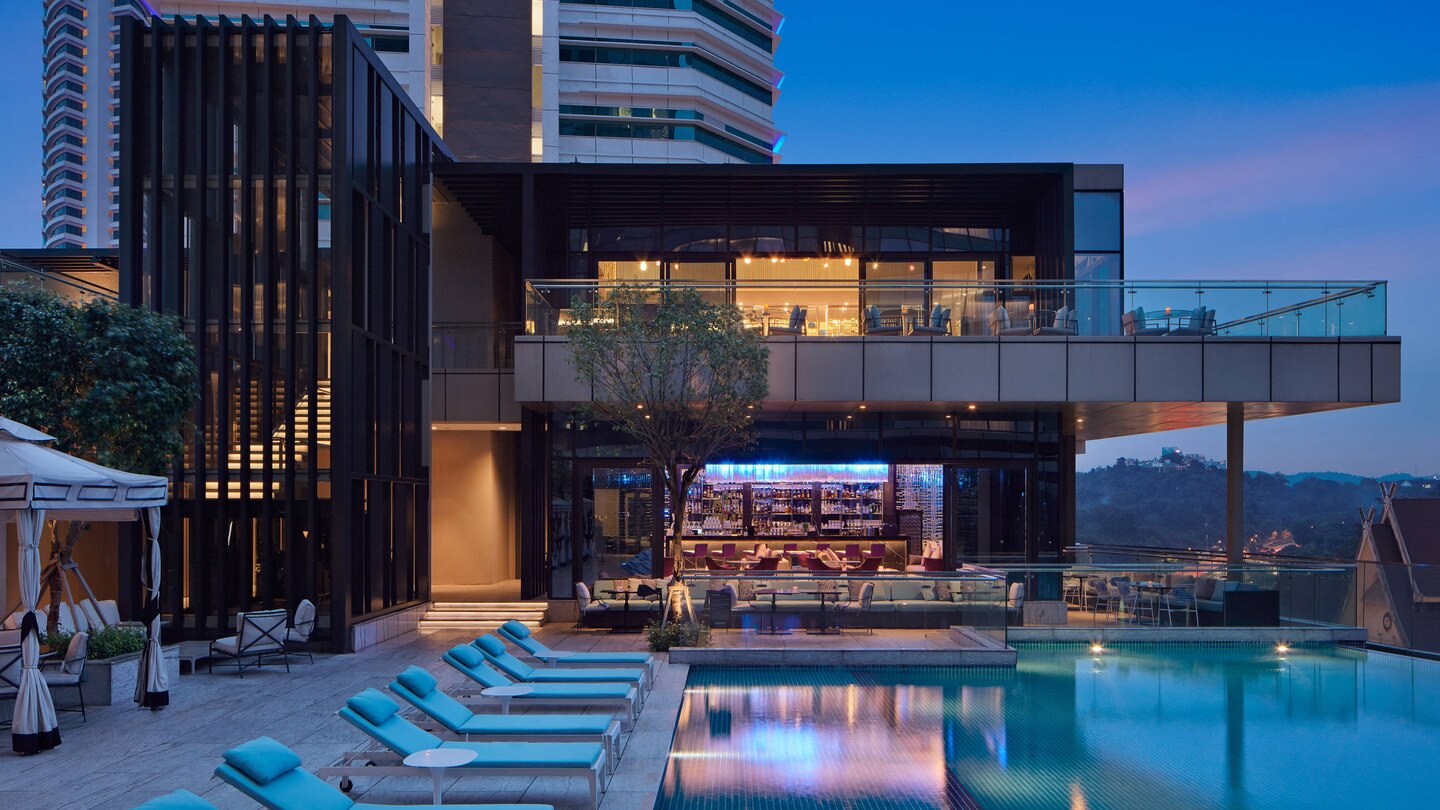 The thriving dining scene in Malaysia is an ever-changing landscape. This ranges from your everyday street food stalls to the excessively elaborate fine dining scene, both come with its own set of merits. Of course, if you’re looking for locally-inspired dishes, many would still prefer your neighbourhood eateries over anything else. However, St. Regis KL is looking to change all that with Crystal, its very own rooftop restaurant.

While The Brasserie at St. Regis KL has already made a name for itself with its Basque cuisine, Crystal goes off the tangent with a drastically different approach. Its reimagined Malay heritage menu falls directly in conjunction with the upcoming 62nd Merdeka and Malaysia Day celebrations, making it the perfect meal to tuck into when the occasion arises.

This joint effort between Crystal and St. Regis KL takes its diners on a journey through the 14 states of Malaysia, exploring the various gastronomical delights each state has to offer in terms of flavour and legacy. This spans from the far northern states like Perlis and heads all the way down south to Johor; East Malaysia also plays a part with Sabah and Sarawak.

At the helm of the entire gastronomy journey is chef de cuisine Norazizi bin Taslim, who brings out the full force of many local flavours in a reinterpreted yet, tasteful way. The entire Malaysiaku: A Reimagined Malay Heritage six-course Menu by Crystal at St. Regis KL will set you back RM322+ per person and will be available come 8 August 2019 for one day only. It will then be available again on 30 August 2019 as well as 12 September 2019, after which it will be making a monthly appearance thereafter.

The menu starts off with a sharing platter of three small dishes, introducing just how simple yet delightful Malaysian dishes can be when done extremely well. Terengganu was the first up to bat with its wagyu beef kerabu top hat, topped off with lemongrass, fern leaves, chilli, and coriander. While the grade of the wagyu beef was unspecified, the dish overall was an indication of great things to come. As expected, the wagyu beef melted in your mouth upon impact while the lemongrass, chilli, and coriander gave a nice overall balance in terms of flavour.

Next up was the chicken skewers with serunding (chicken floss) from Selangor, which was constructed with the famous Kajang satay in mind. While it doesn’t resemble the satay that we are used to seeing, chef Norazizi has done well in preserving the authenticity and the taste one can expect when noshing on satay with the chicken being soft yet chewy and packed to the brim with flavour.

Lastly was Sarawak with its lobster umai-umai wrapped in daun kaduk, a ceviche mixed with onions and chillies. The leafy green provided ample texture while the lobster did the rest with its natural sweetness.

A standalone dish for the appetiser hails from Johor, which is otak-otak. While many would be familiar of the smoky grilled fish wrapped in banana leaves, Crystal utilises king crab to great effect that gives off the authentic aroma of otak-otak. Flavourful, sweet, and delicate, the king crab was a great replacement to what is usually fishmeat while a spoonful of kaluga caviar provided that extra punchy umami flavour.

As for the soup, we head up north to Penang for its sup mamak ayam kampung. A favourite amongst many locals, the chicken-based soup was rich and nourishing without going too far off the rails. There was also a side of homemade chilli oil for the brave souls who would prefer a little kick to its already intense flavour profile.

The highlight of any numbered-course meal, the main course featured a quartet of dishes to be had together. This ensures that you get the most out of each bite as each dish was just as profound as the rest. The main course included 6-hour braised beef short ribs rendang from Perak (traditionally, the dish utilises buffalo meat), 24-hour cured red mullet from Perlis, and mambau smoked lamb with spicy coconut turmeric gravy from Negeri Sembilan. To top it all off, your starch of choice would be the biryani rice from Wilayah Persekutuan.

While buffalo meat would have been a unique experience, this does not put down the fact that the braised beef short ribs rendang was tender and easy to eat. With every bite it melts in your mouth, creating a whole new level of flavour that could only be achieved with the perfect braising technique. The mambau smoked lamb was another standout from the main course with its sweet and spicy flavours. The meat practically falls off the bone while still maintaining its chewy and tender texture.

Lastly is the 24-hour cured pekasam red mullet from Perlis, which was cooked to perfection, giving the fish a soft and velvet-like texture. Pairing all this with fragrant and fluffy biryani rice was a stroke of genius; each and every bite so rife with flavour.

To end on a strong note, Crystal at St. Regis KL brought out its very own interpretation of a popular local dessert, onde-onde. The main difference was in size as it was gargantuan but didn’t lack any of the components that comes with making onde-onde. Gula melaka mousse is the centre of the creation with coconut pandan acting as the supporting cast.

The smell and taste of both coconut pandan and gula melaka were not overpowering; the dish has the perfect amount of sweetness in each bite, ensuring that it isn’t cloying.

Overall, the Malaysiaku: A Reimagined Malay Heritage Menu is an excessive reinterpretation of classical Malaysian dishes with a modern twist. While many may wonder if its worth forking out over RM300 for a six-course meal, we say it is, and there’s value for money.

malaysian cuisine modern malaysian cuisine St Regis KL crystal st. regis kl
Wi-Liam Teh
Senior Writer
Wi-Liam is a geek at heart with a penchant for tattoos. Never without a drink in hand (preferably whisky, gin, or Guinness), he is also a writer by day and a keyboard warrior by night. On his day off, he masquerades as a streetwear and sneakerhead enthusiast while his bank account says otherwise.
Tech Cars Watches Entertainment Food Drinks