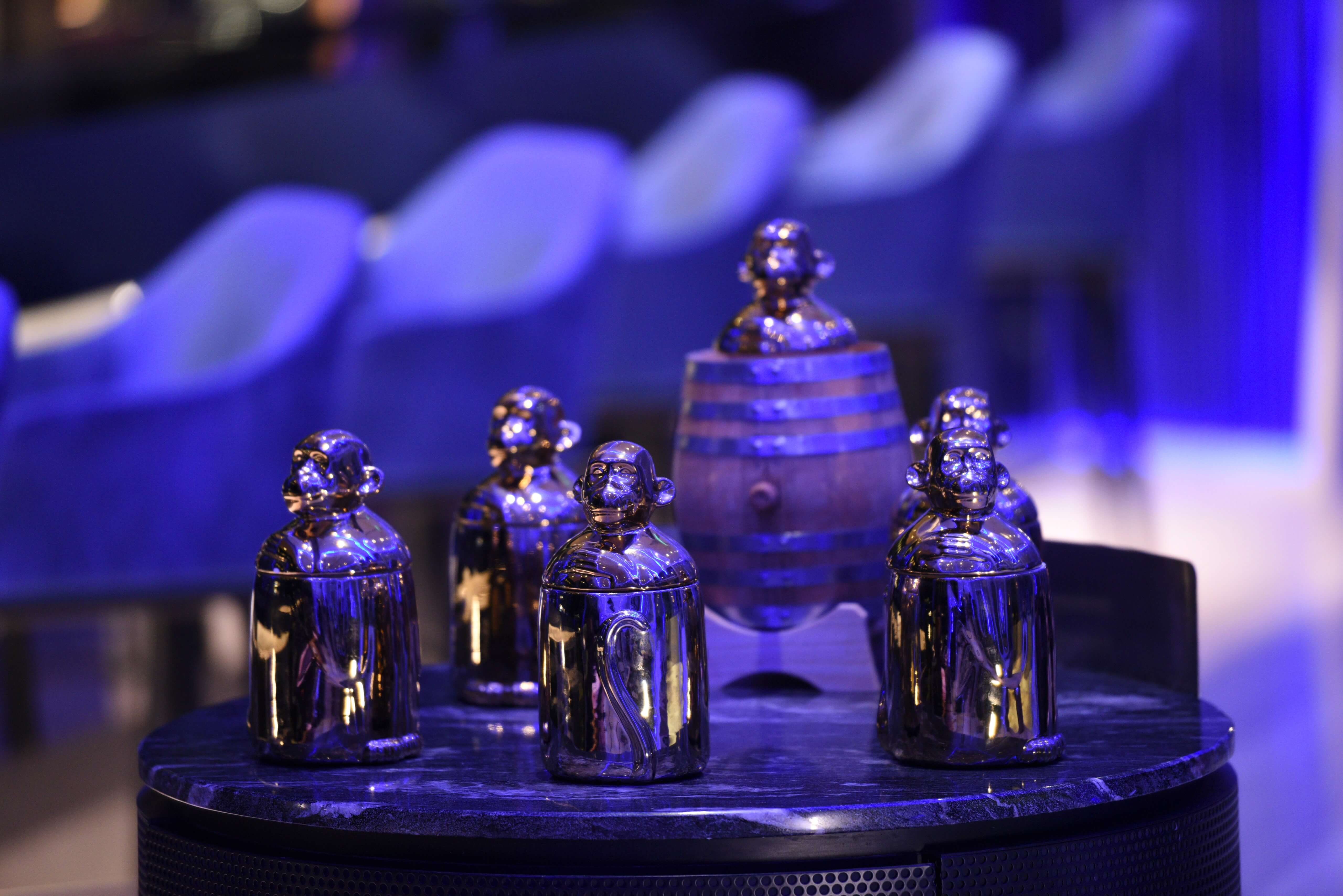 As of 2018, the newer hotel bars in KL have started undertaking a spunkier identity. Woobar KL is no different, being the lobby bar in W Kuala Lumpur. While localised cocktails in KL are nothing new, to have them in international hotels such as W Kuala Lumpur shows that bringing a local touch works. By wooing people with its witty craft cocktails, Woobar is definitely doing more than just showcasing its localised cocktails in the hotel. With an interesting mix of cocktails utilising local ingredients and a penchant for creative vessels to store them in, Woobar is definitely a place that looks good and delivers a decent selection of cocktails too.

Woobar takes on a cosy vibe, almost like the living room in your home. That is, if you disregard the fact that there are purple and pink ambient lights and ‘strangers’ walking in and out of your living room. “If you noticed, there are more sofas than bar stools, because we want to make it as comfortable for guests as possible,” says head bartender Han.

Despite its comfortable sofas and throw pillows, Woobar doesn’t look anything like your parents home. It still maintains the cool W Hotel status quo with its white string partitions that absorb the ambient lights, angular black sofas, and black marble bar area. In the background, specially curated music by Victor G, the hotel’s music curator.

Every time Han makes a cocktail, it becomes a guessing game on how the drink will be presented. From specially designed glasses that fit on tree bark to a bird-shaped vessel and cocktails that come inside a treasure box or a paper bag — the possibilities are almost endless. As for the drinks itself, Han says that it’s mostly international cocktails that have been localised. He champions local ingredients in his drinks, such as tualang honey from Sabah, calamansi, tamarind, pineapples, and selected indigenous ingredients.

Han starts off with the bar’s most popular drink, the Hive Five. This refreshing drink is made with gin, pomegranate, mint sprigs, and the main ingredient — tualang honey from Sabah. The tualang tree can reach up to 30 storeys in height, yet the indigenous honey gatherers climb them without any harnesses. “It’s a dangerous job (to climb up to the hives), which is why we wanted to give these gatherers a high five — hence the name, Hive Five cocktail,” explains Han.

The drink itself is spritzy and refreshing, a perfect thirst quencher for the afternoon. In line with the low ABV cocktail trend, the High Five’s mix of fruity and tangy is a good starter drink for your night. The drink is presented to us in an unusually-shaped glass perched on a piece of tree bark — a little homage paid to the tualang tree. “Being W (hotel), you always have to be a bit witty and different — that’s why we decided to go with unusual glassware,” he says.

The next in our journey with Woobar is a punny cocktail named Nut This Time. Made with dark rum, Campari, groundnuts, and lime, this drink pays homage to the original Junglebird cocktail. While the Junglebird usually has a bittersweet and tropical flavour, Nut This Time is nuttier and uses blood orange instead of pineapple. “Blood orange gives depths of character to the drink,” Han explains. While we couldn’t exactly taste the similarities between the two drinks, we felt that Nut This Time could stand on its own as an original drink. It is heavy and saccharine, with a nutty aftertaste that cuts through the sweetness. Also within Woobar’s menu is Rentap, a cocktail with a tuak base. This is significant because there are not many tuak-based cocktails out there, and you most definitely won’t find them in internationally-famed hotel bars.

Woobar KL gets points for championing local ingredients and extra points for the craft vessels used to house its drinks. The creative portrayal of drinks may sound gimmicky to some, but that’s where Han’s bartending expertise come into play. The cocktails are solid and well thought out, with more new creations coming our way in the near future. Han has hinted on a possible rendang cocktail in the works — how will that come into fruition? Your guess is as good as ours.

WOOBAR W Kuala Lumpur W Kuala Lumpur Hotel woobar kl
PohNee Chin
Editor, Kuala Lumpur
Poh Nee is the editor and writes about travel and drinks. When she's not living out her holiday dreams via Google Earth and sipping on an Old Fashioned down at the local bars, you can find her snug at home bingeing on Netflix and mystery fiction.
Travel Drinks