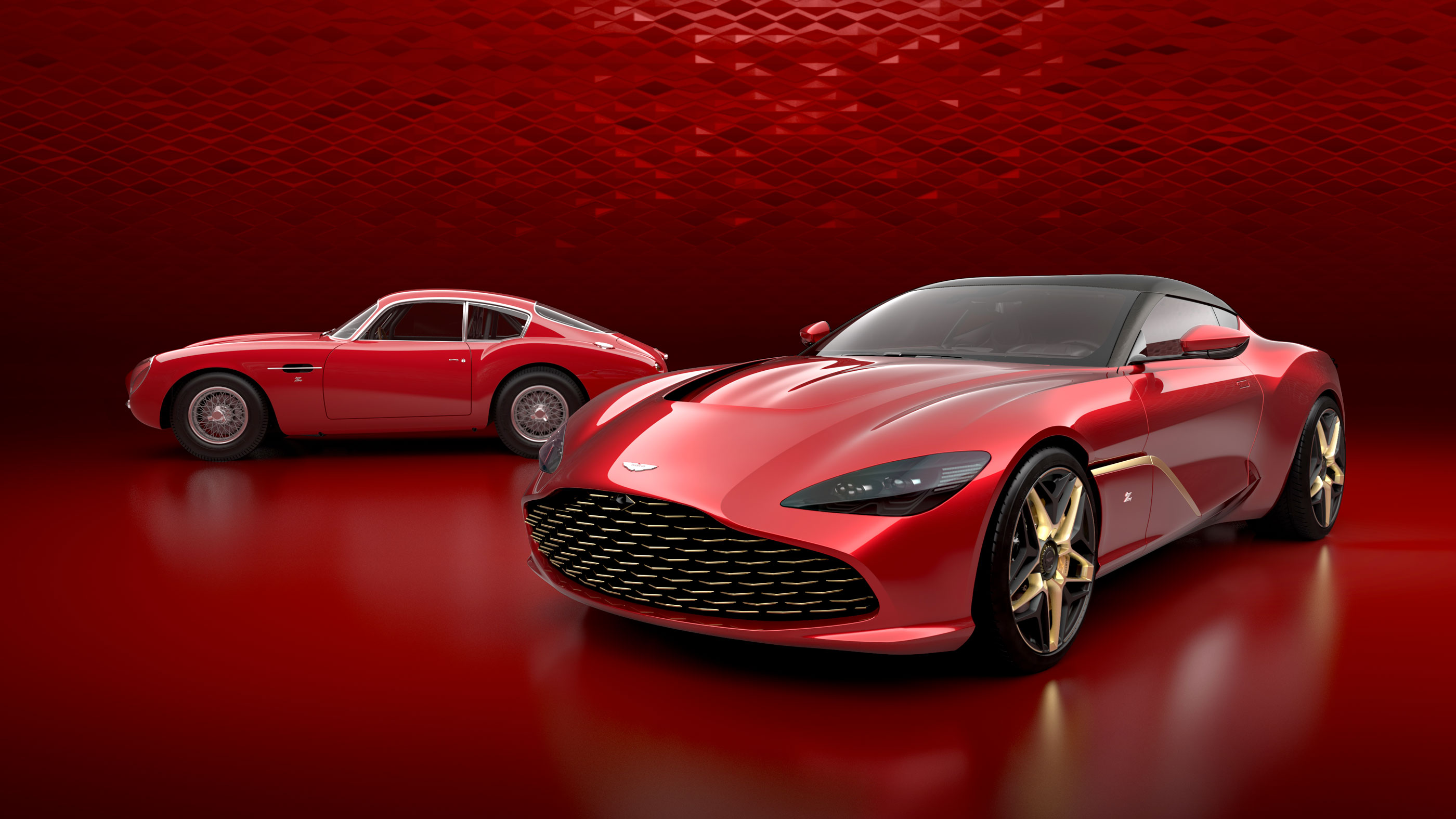 To celebrate its newest generation of vehicles, Aston Martin is announcing the arrival of an exclusive pair of cars. The first one probably rings a bell, despite its unusual glossy red, but the second one has just been unveiled.

The iconic DB4 and this new futuristic rendition will both be available as a pair, in 2020. As a nice nod to its year of creation, only 19 pairs worldwide will be sold, to celebrate the 100th anniversary of the DB Zagato continuation.

New images have surfaced this morning, and Aston Martin fans (just like James Bond enthusiasts) are already going crazy. Not only for the second arrival of the emblematic supercar, that’s very similar to the one seen on many James Bond classic movies, but also for the brand new visual identity to which the 2020 version has been brought to.

The 2020 DBS GT Zagato promises to turn a few eyes: its edgy, aggressive profile is reminiscent of the initial design but has something more. The car almost looks alive, which can be explained by a few things. The main body is composed of 108 carbon fiber pieces, all carved to fit with one another, while its radiator grill rolls up when the car is parked.

“This is a car that is not only focused on beauty, but drama too. Our dynamic grille gives us an opportunity to provide the car with two very different identities” Marek Reichman, Chief Creative Officer at Aston Martin explains. “When parked, DBS GT Zagato will almost look like it’s resting, but with the rear of the car still appearing muscular and primed for action. Only on start-up will the car truly become alert and ready to perform, delivering both an aural and visual treat for onlookers”, he adds.

Specs wise, the V12 5.2 litres biturbo from Aston Martin DBS Superleggera should be under the hood. As a reminder, the Supperleggrera goes from 0 to 100km/h in just 3,4 seconds and has a top speed of up to 340km/h, based on its insane 725 horsepower estimates.

One last detail, the price: the pair of super-limited, special edition supercars will set you back €6M. Only 19 pairs will be made, worldwide.