Home > Gear > Motoring > 6 reasons why the Jaguar F-Type 2.0 is the next everyday sports car 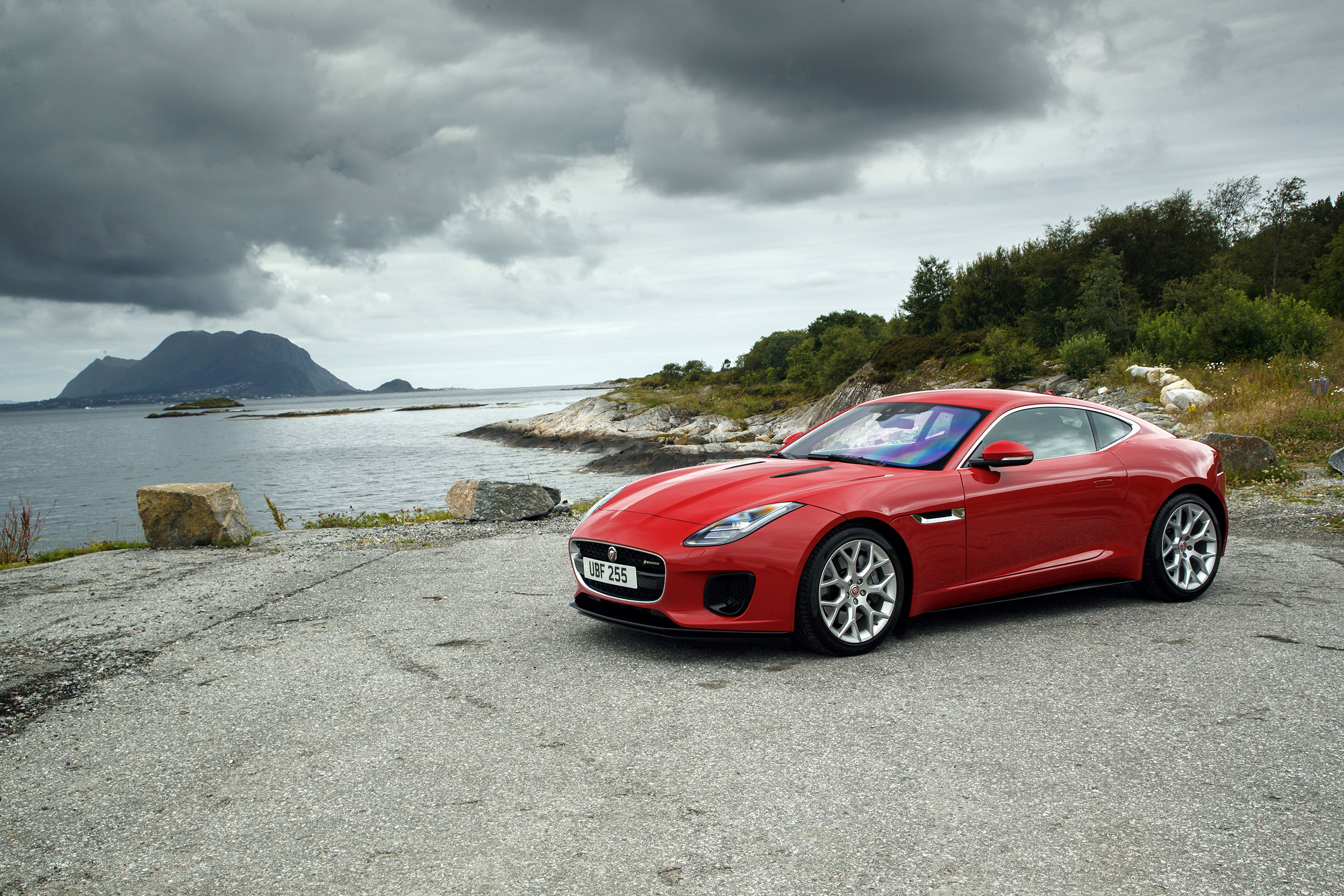 6 reasons why the Jaguar F-Type 2.0 is the next everyday sports car

Gear
6 reasons why the Jaguar F-Type 2.0 is the next everyday sports car
Share this article
Next article

Since its launch onto the world stage in 2012, the Jaguar F-Type has pulled at more than a few heartstrings. That roaring exhaust, sleek lines, and fabled feline on the bonnet have been known for being able to create excitement even before you even slip it into gear. Enthusiasts have been yearning for a two-seater rear-engined Jag for quite some time, but the F-Type gives them much more by being an aggressive driver’s car that’s also luxurious without being soft.

Designed to be a spiritual successor to the legendary E-Type – a car Enzo Ferrari personally declared the most beautiful ever made – the F-Type put Jaguar firmly back on the world sports car stage. It has the classic British formula that has worked so well over the years: front-engined, rear-wheel drive layout with a wide cat-like stance, ready to pounce when the opportunity calls.

So it looks like a fiery missile and has a roar to boot, but how does it fare in terms of being a sports car that blends performance and comfort seamlessly? After all, Jaguar has received its share of moody purists who shook their fists angrily when news about this new base model, the Jaguar F-Type 2.0 and its downsized engine first broke out. Unsurprisingly, Jaguar delivered as a more-than-decent everyday sports car. Here’s why. 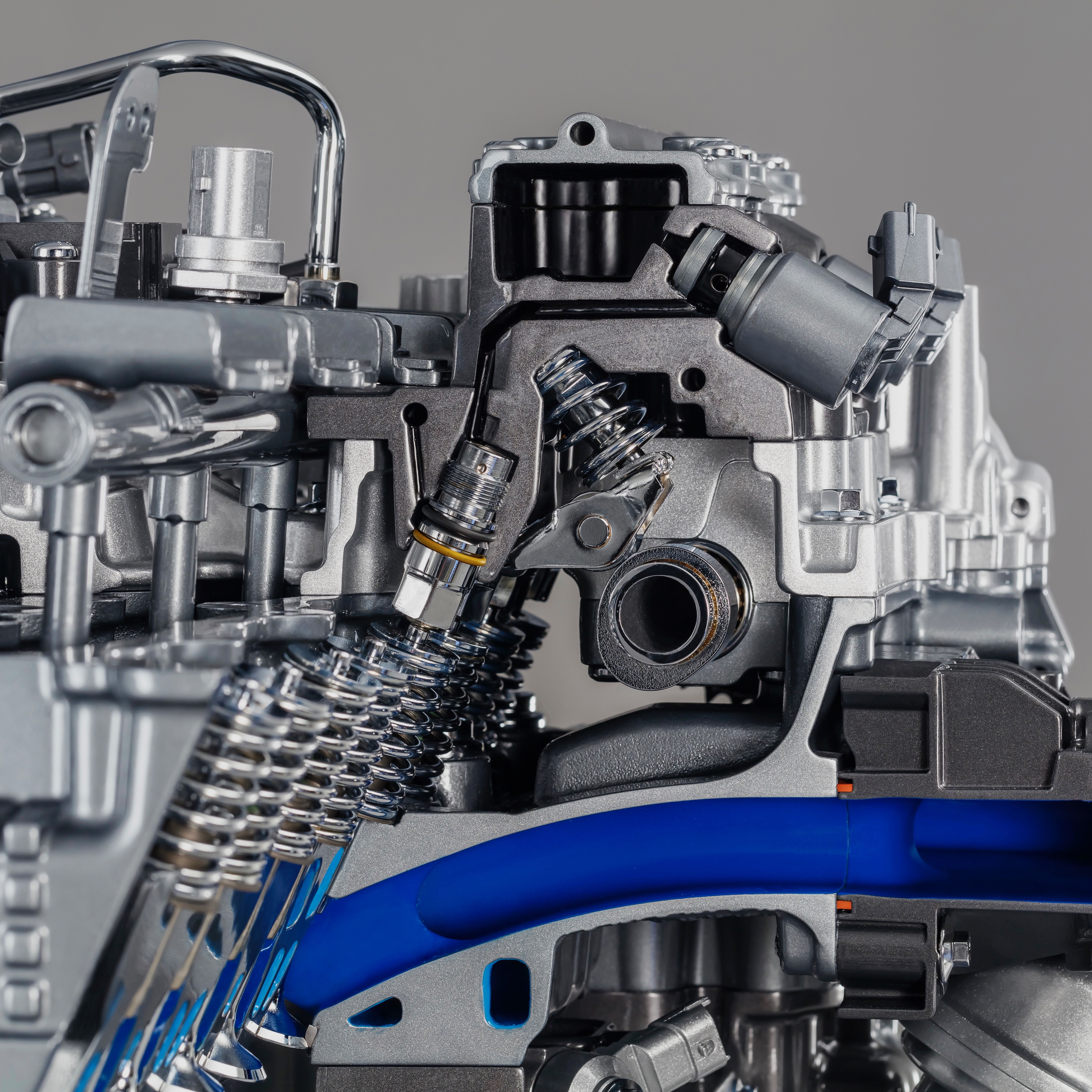 The latest variation for 2018 is not a monstrous V8 but an Ingenium 2.0 litre, four-cylinder engine that’s supercharged for 296 bhp. That’s good for nought to 100kph in 5.7 seconds and puts the car firmly in the crosshairs of Porsche’s 718. With this smaller engine comes better fuel efficiency and a sound better than you’d expect bellowing through from the mid-exhaust. This is all matched to a fast shifting eight-speed Quickshift automatic transmission and 275mm rear tyres to keep you planted firmly to the tarmac. 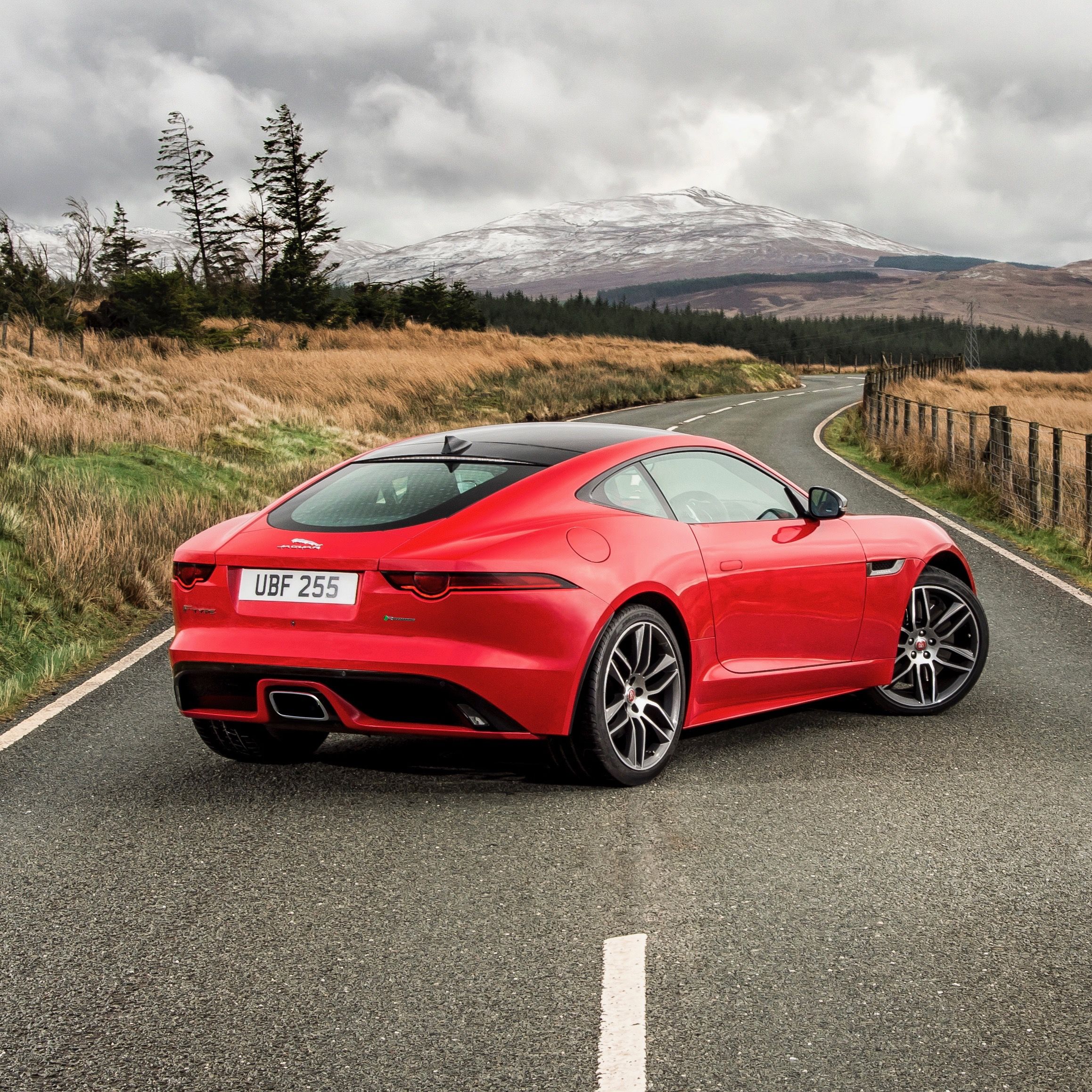 There’s nothing like owning a car people can hear before even seeing. The F-Type achieves the same aural feedback despite a smaller four-cylinder thanks to a meticulously-tuned active exhaust. Then there’re those sweet sleek lines. Well, this is perhaps where the Jaguar exceeds the most. From the redesigned bumpers and LED lights on the outside to the lightweight slimline seats, and chrome-aluminium trim accents on the inside, the F-Type is a sophisticated, handsome thing that you’d be proud to own. 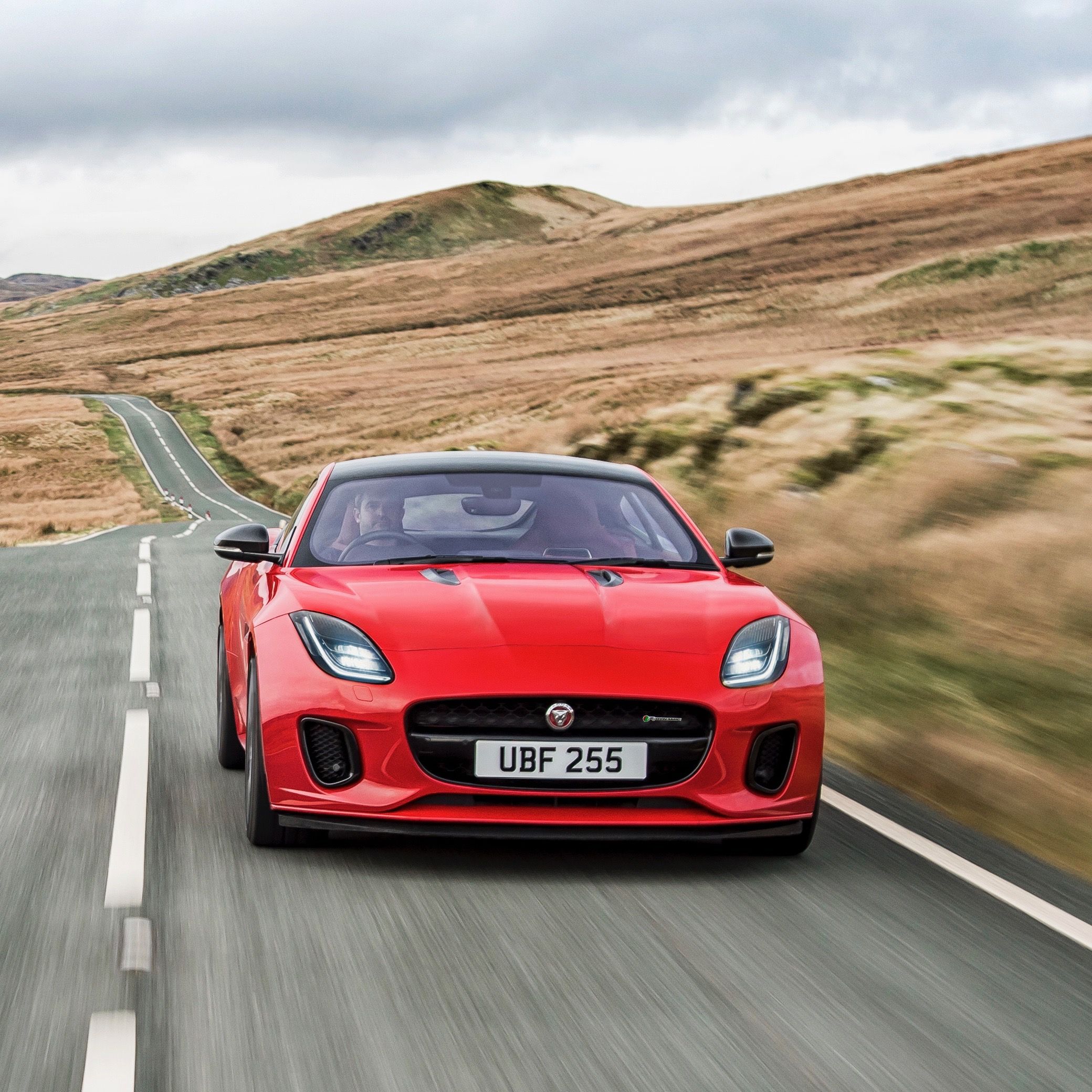 It’s rare you see sports cars that can boast fuel economy while being so performance-driven. Being 52kg lighter than the V6 variant — mostly at the front axle — not only makes this car more agile, but also more energy efficient. Jaguar claims a fuel consumption reduction of more than 16 percent compared to the 355hp V6, which together with the lightweight slimline seats should contribute to considerable savings in the long run. 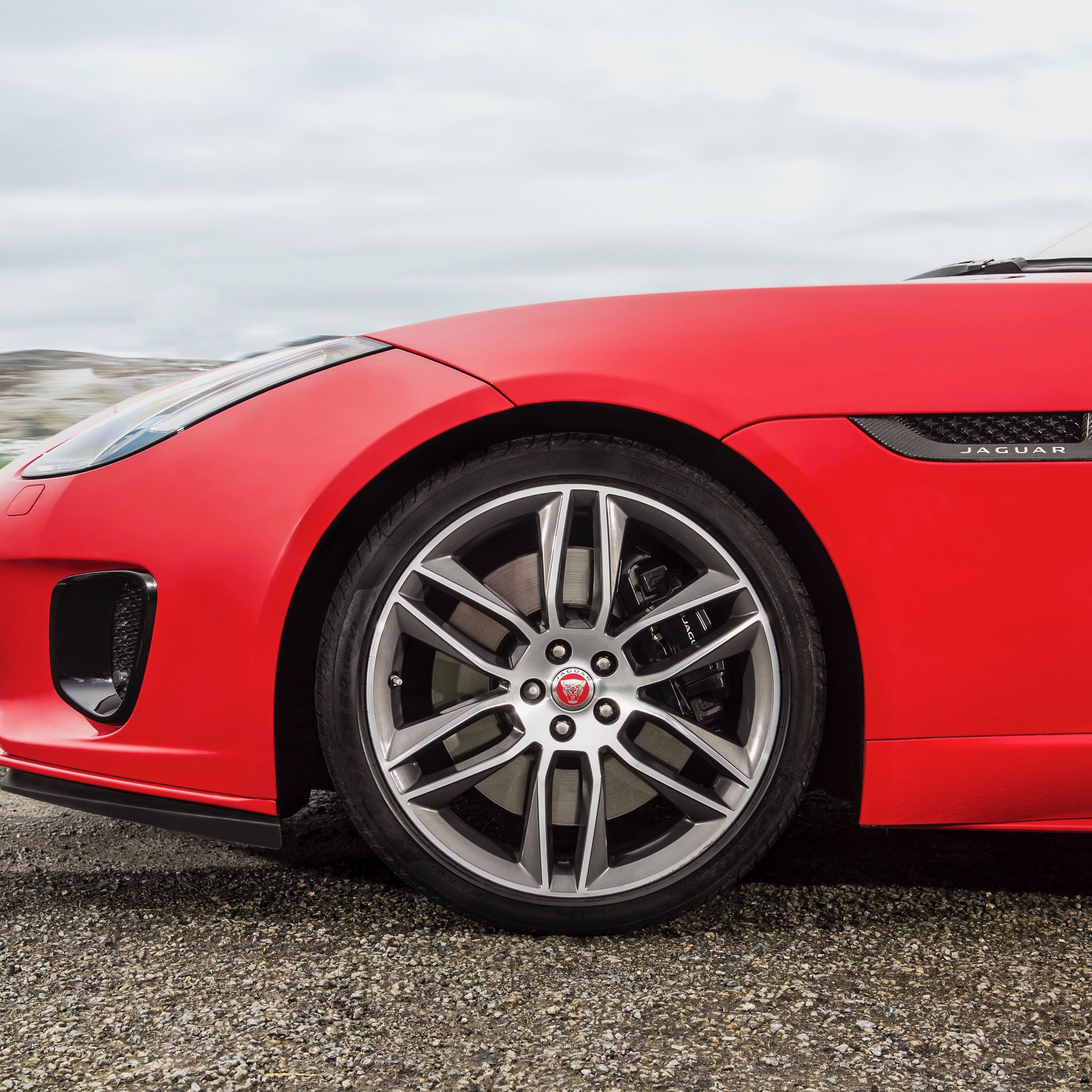 The F-Type 2.0 matches its performance with 355mm brakes up front and 325mm at the rear. However, there’s also an optional Jaguar Super Performance Braking System  which features larger 380mm and 376mm discs at the front and rear respectively. You’ll stay planted to the tarmac with 275mm rear tyres and a standard 19-inch or sportier optional 20-inch wheels. 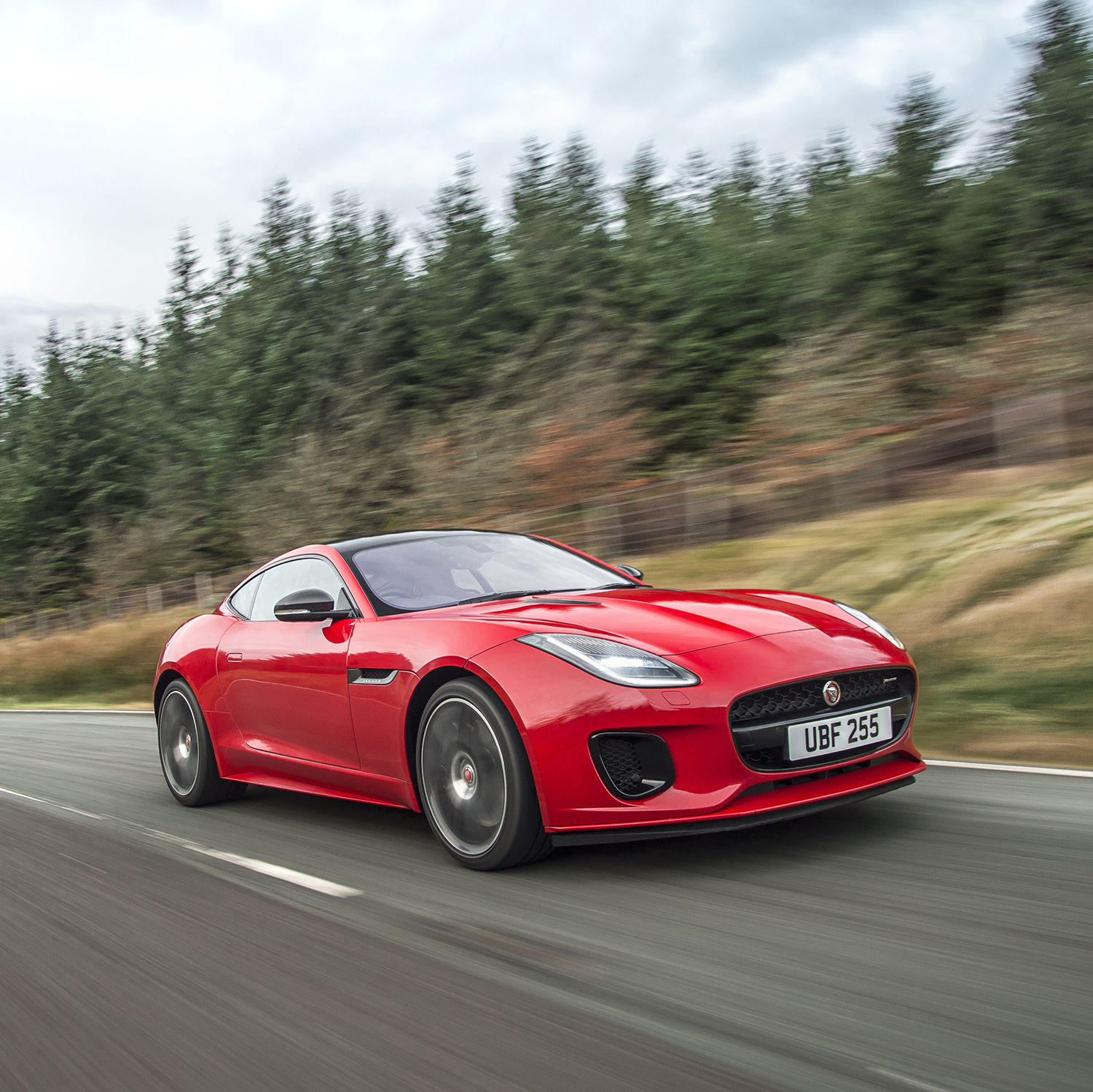 Thanks to a 52kg weight reduction over the V6 variant, you’ll be hitting apexes with the accuracy of a sharpshooter. The car has always had an aluminium body and suspension, however, engineers have meticulously worked to fine tune it for a very special driving experience. Expect greater steering response and body control without compromising ride comfort. 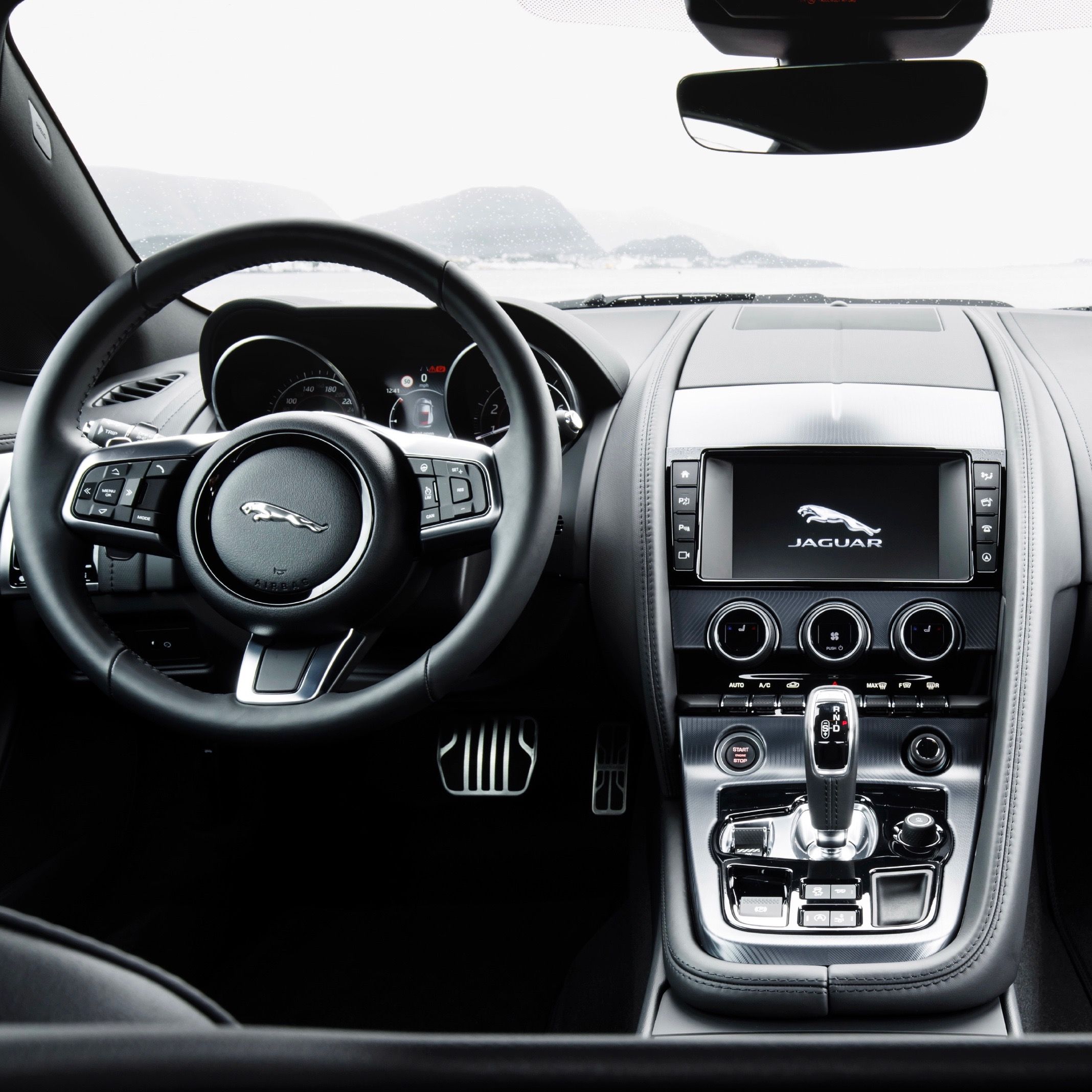 This cat has some new tricks in the tech department, including a forward facing stereo camera that helps take a few things of your hands — albeit temporarily. Autonomous braking adds a new level of safety as it enables the F-Type to fully stop on its own in the event of an accident, hopefully minimising impact. The Lane Departure Warning system keeps the vehicle within the line markings on the road when activated while Lane Keep Assist alerts you through lights and a haptic warning via the steering wheel. If that wasn’t enough the camera can also recognise different traffic signs to keep you aware of the speed limit and any warning signs such as roadworks along your route. Jaguar takes this one step further with the Adaptive Speed Limiter, which automatically adjusts the speed of the car based on the above-mentioned Traffic Sign Recognition system.

Jaguar Luxury Sports Car Jaguar F-Type new cars luxury coupe Jaguar Land Rover
Shatricia Nair
Managing Editor
Shatricia Nair is a motoring, watches, and wellness writer who is perpetually knee-deep in the world of V8s, tourbillons, and the latest fitness trends. She is fuelled by peanut butter and three cups of coffee a day.
Motoring Wellness Watches Beauty Style
Sign up for our newsletters to have the latest stories delivered straight to your inbox every week.