When one thinks of Lamborghini cars, these are the things that come to mind: super fast, sleek cars with scissor doors and an impossibly low centre of gravity. What doesn’t come to mind is a large, family-friendly SUV. Yet, that’s precisely what they unveiled last December in their showroom: the new Lamborghini Urus.

The Urus is not the Italian carmaker’s first SUV — the first was conceived circa 1990, looked like a truck, and was named the LM002. Only 328 models were produced. But make no mistake, the Lamborghini Urus is no ordinary SUV. In fact, it’s alleged to be the world’s first Super SUV. We’re not surprised — we are, after all, talking about a Lamborghini.

Malaysia recently welcomed the Lamborghini Urus with an equally grand price tag: approximately RM1 million without insurance or tax. If the price tag doesn’t deter you, read on to find out why you need to add this Super SUV to your collection of cars.

Gear
Splurge: Tear down the streets in this RM78,366 Cervélo P5X Lamborghini bicycle 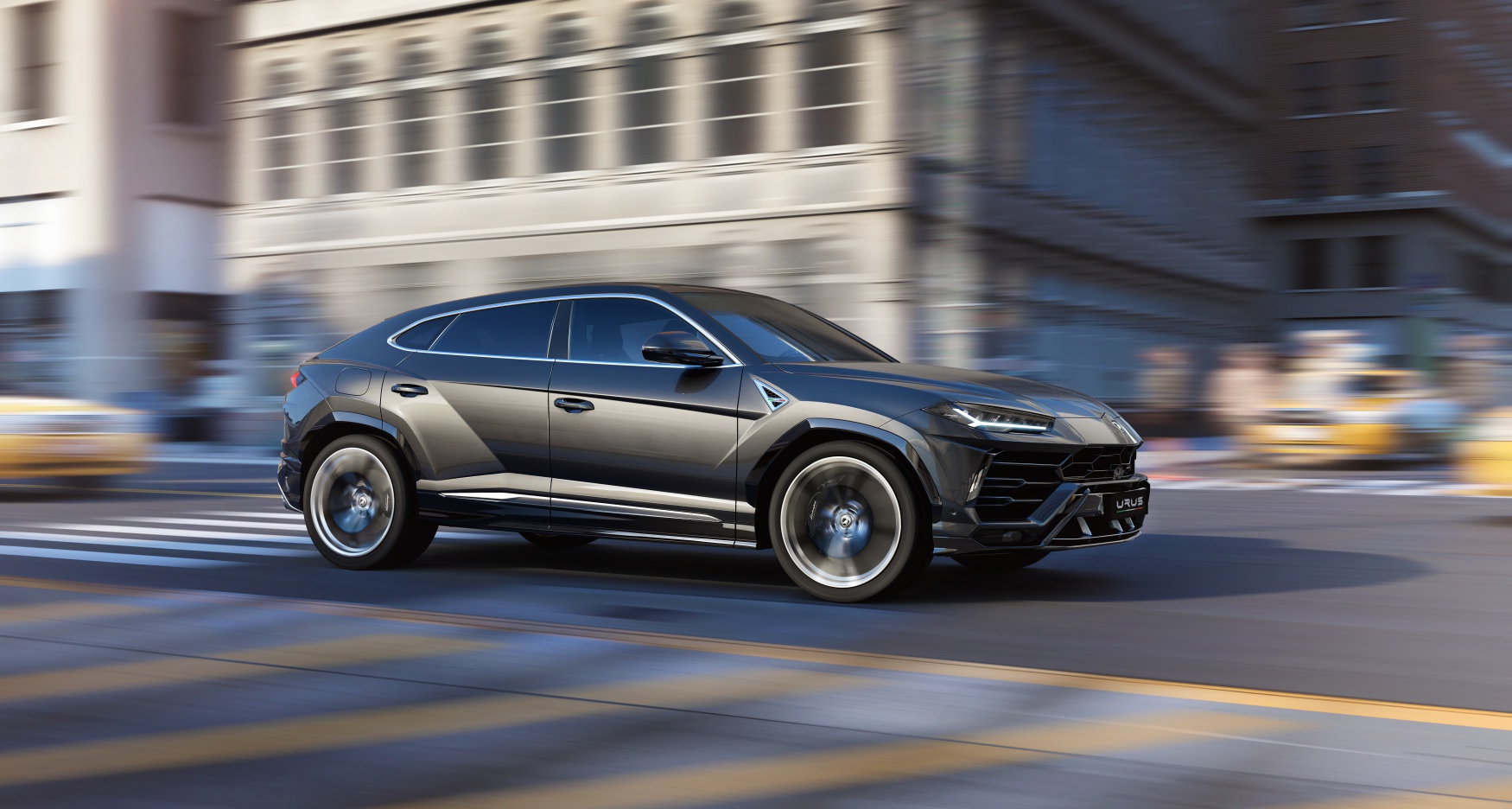 The Lamborghini Urus comes equipped with a front-mounted, 4.0-litre petrol V8 twin-turbo aluminium engine. It’s the first time that a Lamborghini vehicle is sporting a turbo engine, which shows just how excessive the usage of the Urus will be. It also delivers 650 hp at 6,000 rpm with a maximum torque of 850 Nm. Taking it off road will be an adventure, especially when you need a high level of torque at low revs. 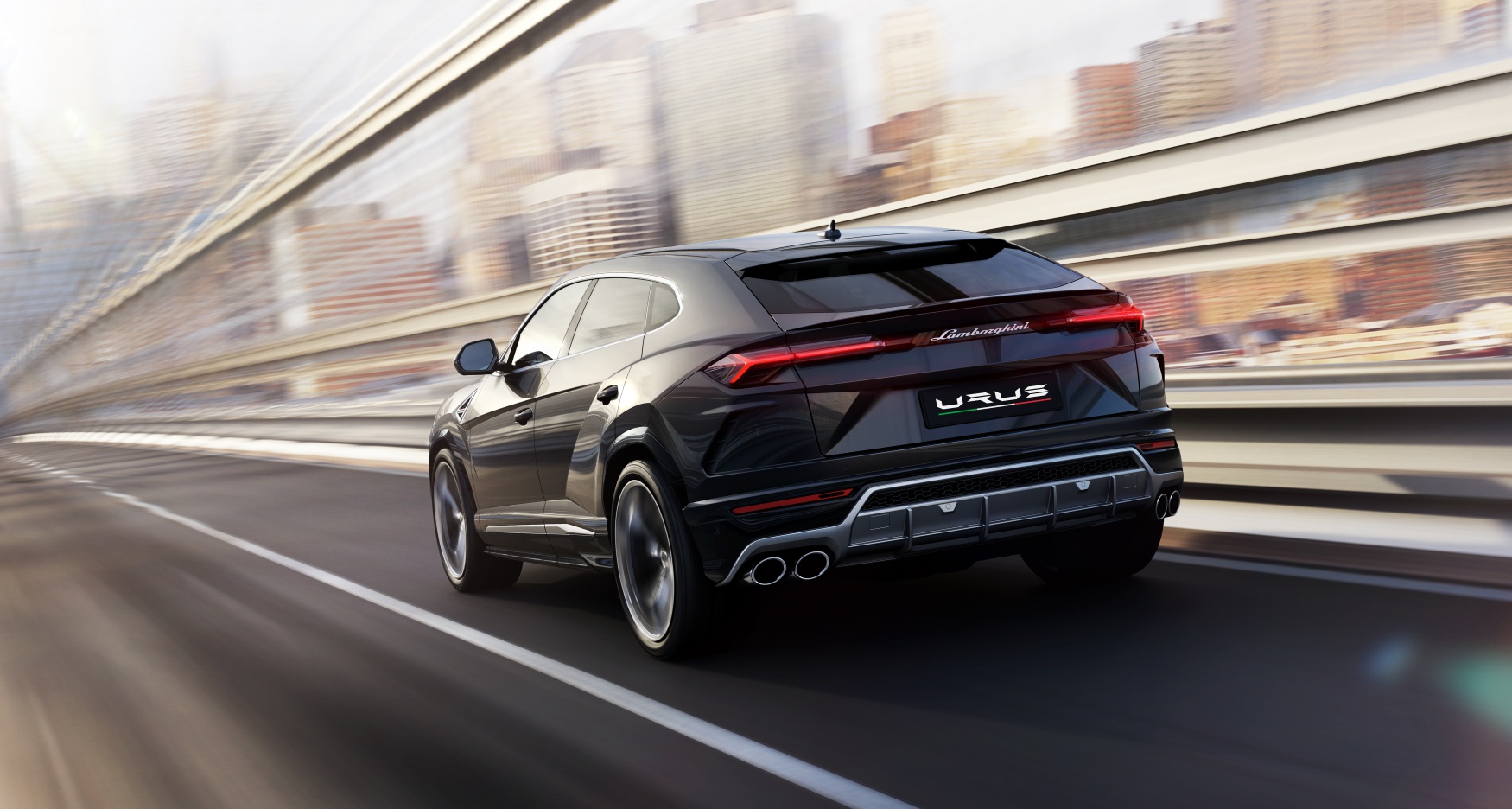 A Lamborghini is after all, still a Lamborghini. Even though it is upsized with the Urus, it can go from 0 to 100km/h in 3.6 seconds. Make sure the kids behind strap up when you step on the gas pedal. Rear-wheel steering was introduced in the Lamborghini Aventador S, and the Urus now adopts it too. The rear steering angle varies up to +/- 3.0 degrees, depending on the speed and driving mode selected. At lower speeds, it increases agility and reduces turning circles for better manoeuvrability. At higher speeds, the rear axle steering angle is the same as the front wheels for increased stability, ride comfort, and optimum driving dynamics. 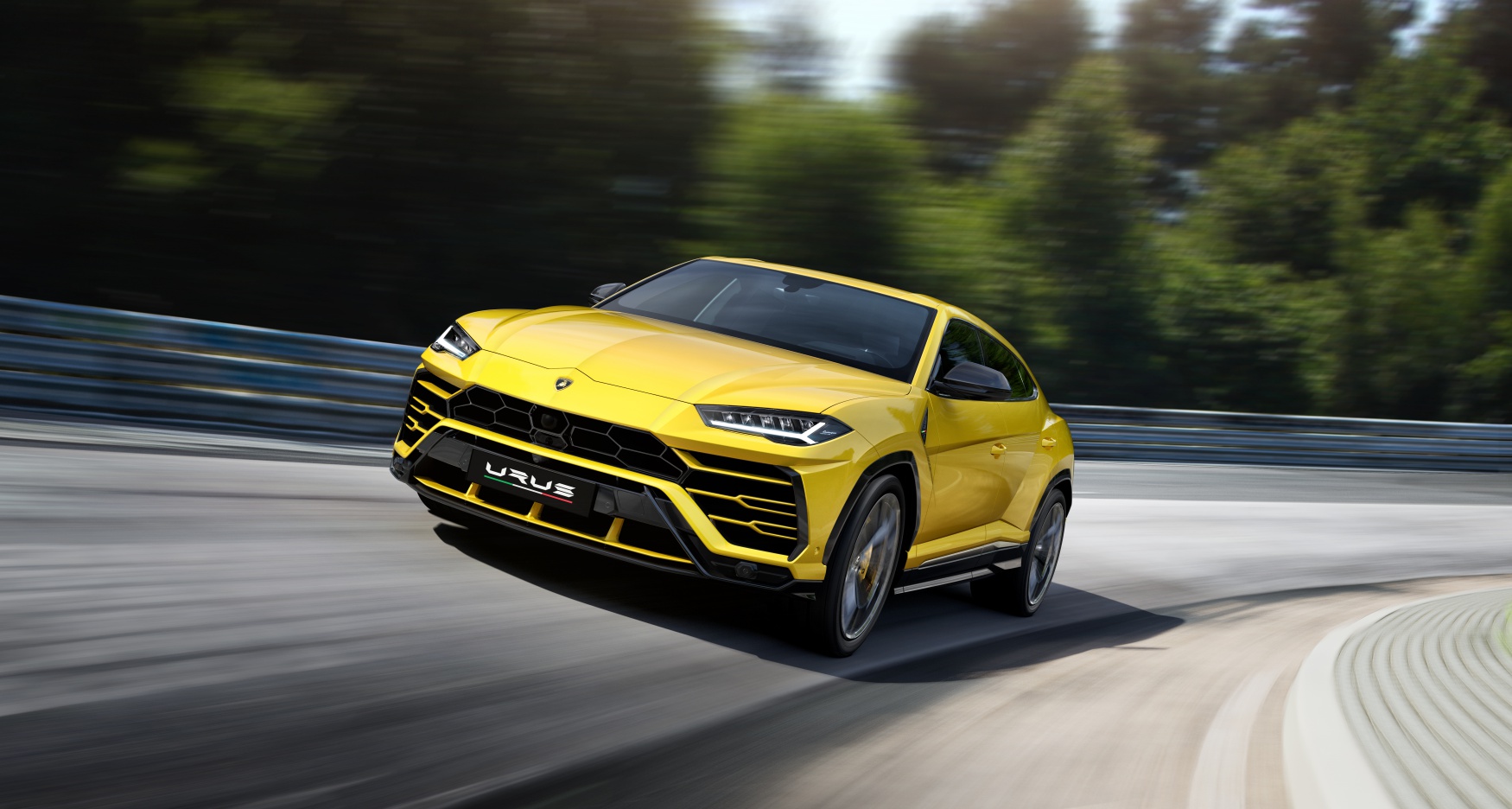 The Urus exterior ratio has proportions of the Lamborghini super sports cars: two-thirds body and one-third window ratio. As an SUV, it can definitely seat more than its usual super sports car, with ample space for five occupants. 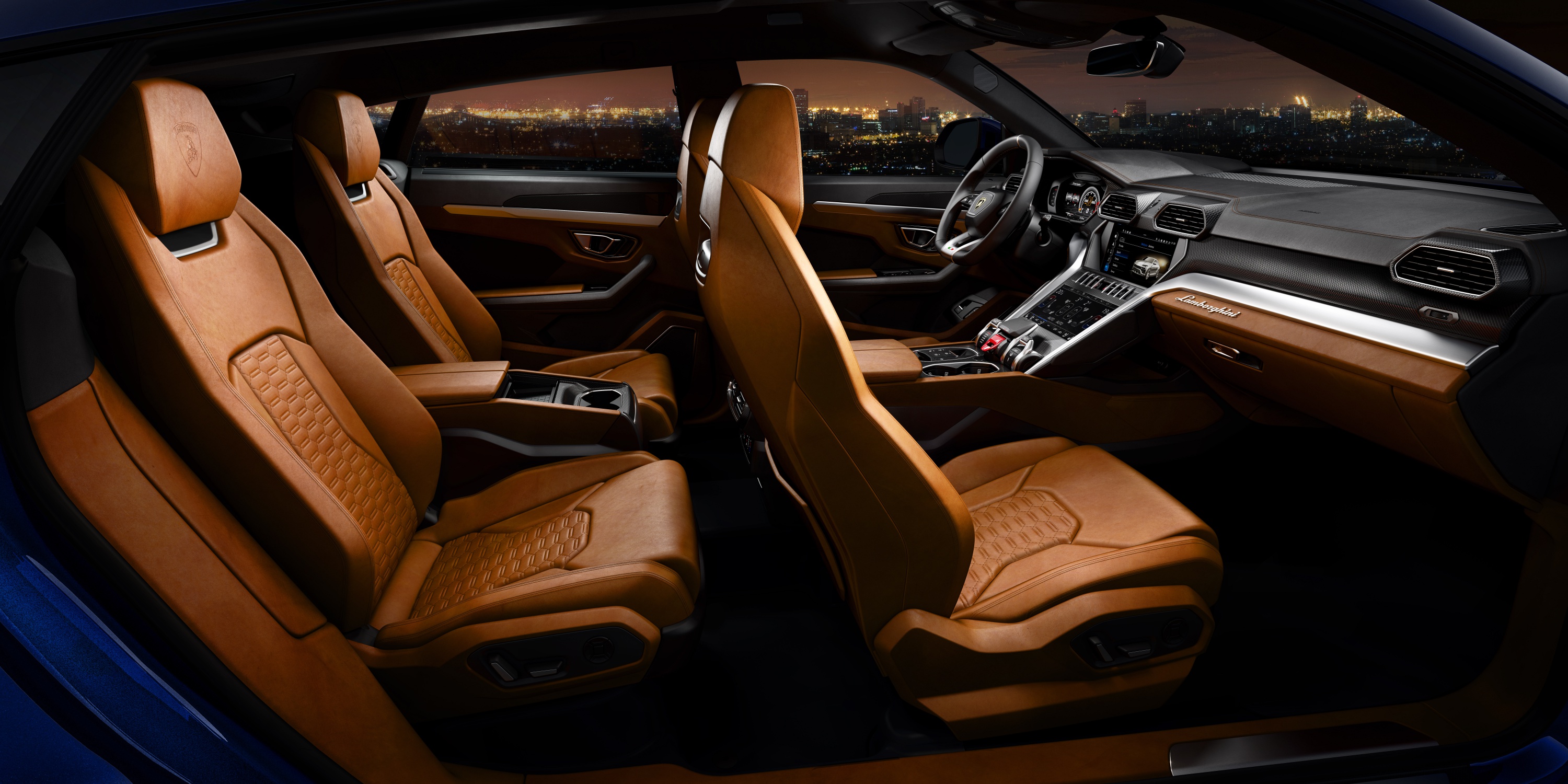 What’s great about the Urus is that it can be enjoyed by both the driver and its passengers. Both driver and passenger enjoy a low but comfortable super sports car seat position, while the Y-design dashboard is designed to be oriented around the driver.

As an option, the customer can get more luxurious, 18-way fully-electric front seats which include features such as increased ventilation and even a massage. Naturally, the Italian aesthetic is prevalent: only the finest leather is used. 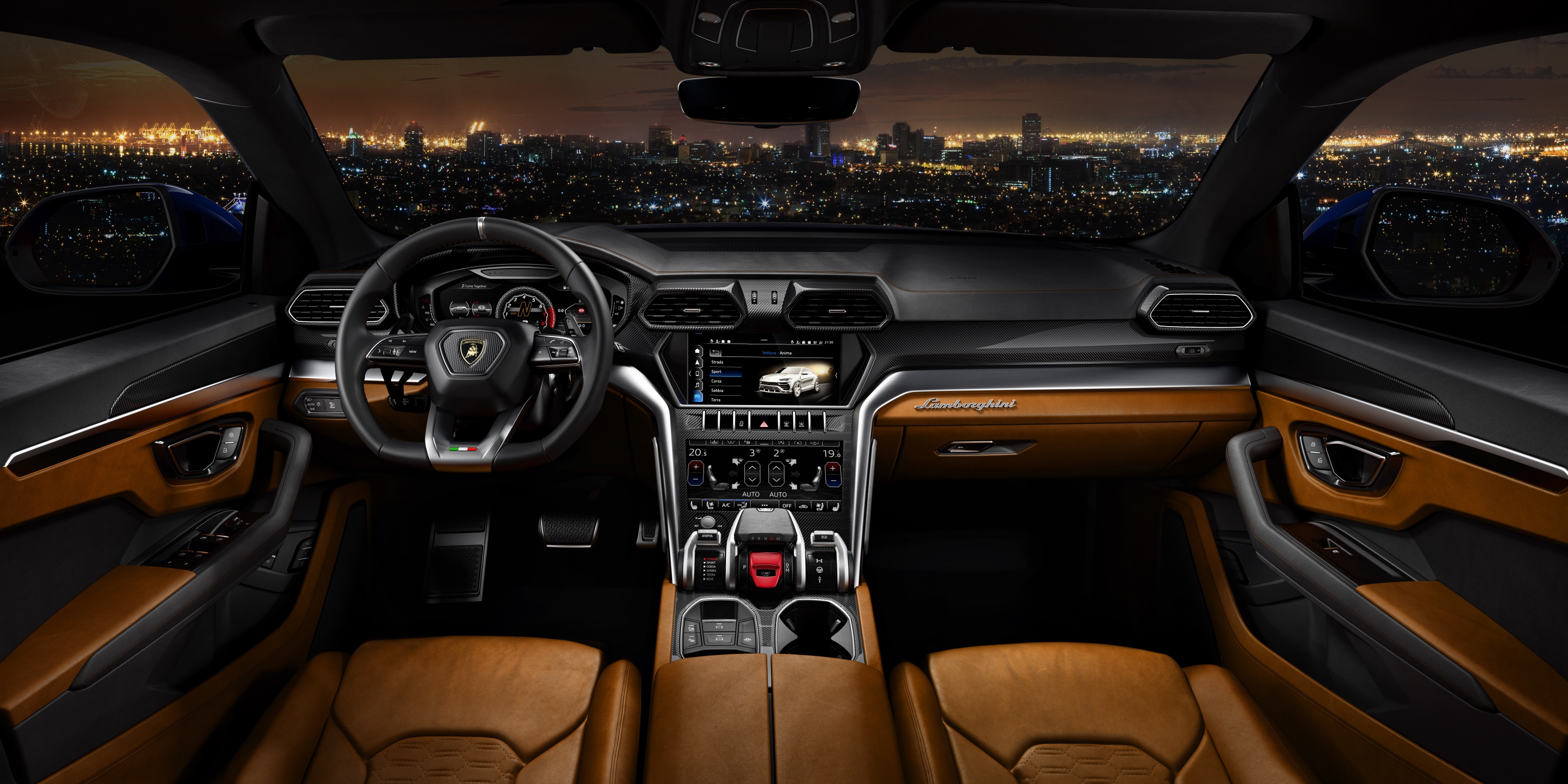 Even the tech within the Urus is luxurious. Named the Lamborghini Infotainment System III (LIS), it integrates voice control and is able to recognise natural-dialogue voice commands to manage your music, calls, and even send text messages.

There is also a phone holder compartment that comes with wireless charging, voice control, and more. Naturally, Apple CarPlay and Android Auto are also available.

Lamborghini Luxury SUV Lamborghini Urus Super SUV luxury suv malaysia lamborghini malaysia
PohNee Chin
Editor, Kuala Lumpur
Poh Nee is the editor and writes about travel and drinks. When she's not living out her holiday dreams via Google Earth and sipping on an Old Fashioned down at the local bars, you can find her snug at home bingeing on Netflix and mystery fiction.
Travel Drinks