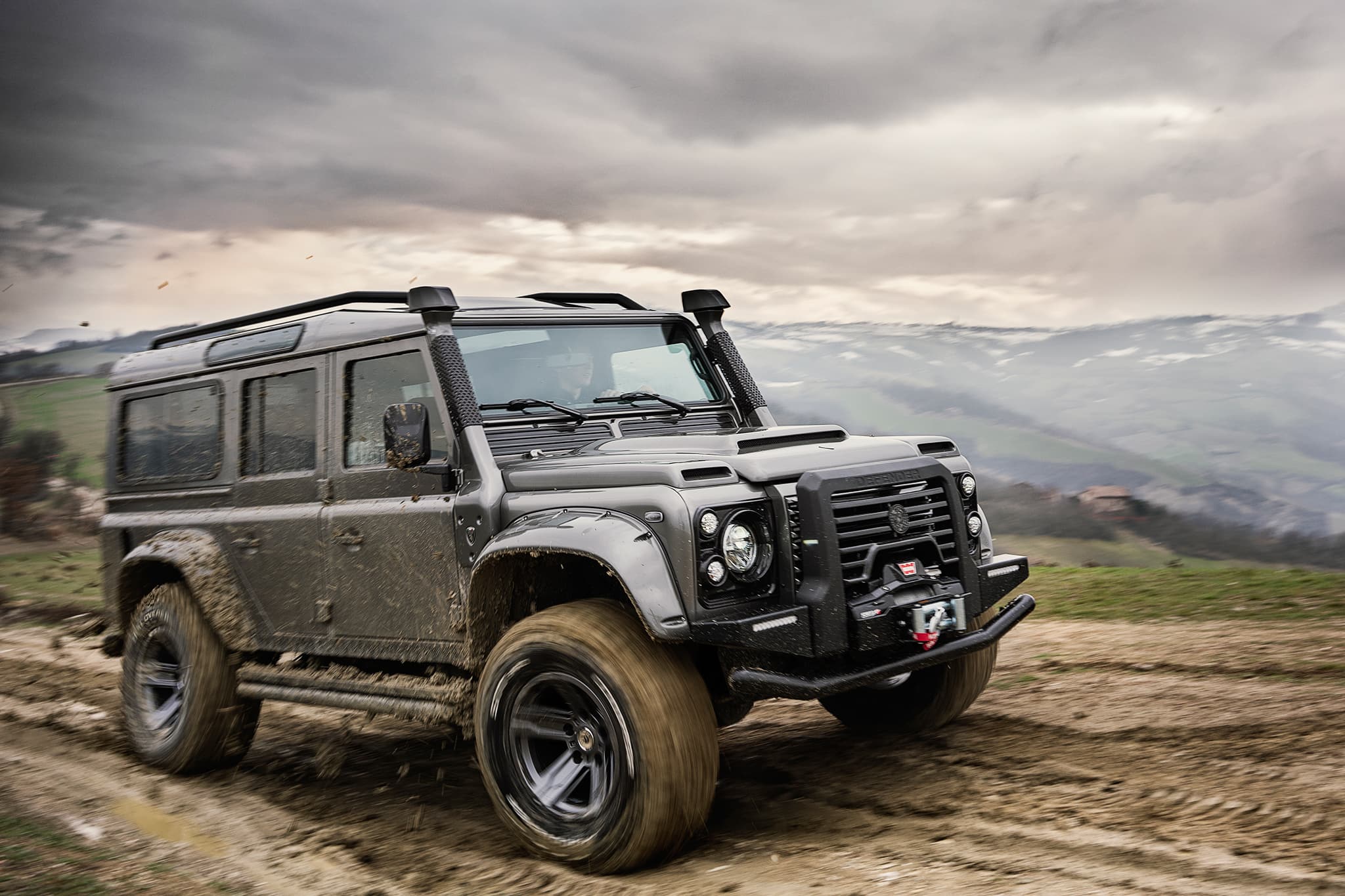 Car collaborations are few and far between; however, it seems that 2018 is the year for it. While this doesn’t necessarily entail a collaboration between two different manufacturers, it does involve a car that isn’t in production anymore. Already having a portfolio of luxury vehicles under its stable, ARES Design now takes up the arduous task of giving the now-defunct Land Rover Defender a revival facelift.

Unfortunate for the Land Rover Defender, it went out of production back in 2016, much to the dismay of loyalists everywhere who swear by it. Thanks to coachmaker ARES Design, it is now bringing it back to the main stage. Much like a phoenix rising from the ashes, the Land Rover Defender is reborn with a new outlook, which ranges from aesthetics to off-road performance.

Some of the upgrades that will be part of the reborn Land Rover Defender include a sunroof, an all-new bodykit, a new interior, and an engine upgrade.

The Land Rover Defender is clad all over in premium carbon fibre, with heavy influence on the wheel arch extensions, headlight surround, the hood, and the grille. To complement its off-road architecture, ARES Design also includes heavy duty front and rear bumpers with added underside protection, reinforced front and rear tow points, side steps, and even a steel roof bar.

Premium carbon fibre is clad all over the Land Rover Defender.

ARES Design also introduces some luxury touches into the vehicle, adding bespoke front seats with hand-stitched leather. There are also splashes of premium carbon fibre alongside leather across the entire interior with an electronic handbrake in place.

ARES Design has said it will only make 53 Land Rover Defenders and it will cost around US$250,000 per car. On top of that, you will have to provide your own Land Rover Defender before any work can be done. It will also take approximately eight weeks before it’s completed.

Luxury Cars Luxury Motors Land Rover Luxury SUV Land Rover Defender ARES Design
Wi-Liam Teh
Senior Writer
Wi-Liam is a geek at heart with a penchant for tattoos. Never without a drink in hand (preferably whisky, gin, or Guinness), he is also a writer by day and a keyboard warrior by night. On his day off, he masquerades as a streetwear and sneakerhead enthusiast while his bank account says otherwise.
Tech Cars Watches Entertainment Food Drinks

Culture
In memory of Christo, the artist who transformed landscapes around the world
Style
Pandora has pledged to stop using mined gold and silver by 2025
Culture
5 Netflix Original travel shows to satisfy your wanderlust dreams for now
Food & Drink
A Malaysian Hennessy rep tells us how to pair cognac with local dishes
Style
The story of how Zenith brought back the El Primero after finding it in an attic
Style
Accessorise with these jewellery trends for your next video con-call
Style
These fashion brands are supporting the Black Lives Matter movement
Food & Drink
Back to work? Here’s how to pack a nutritional desk lunch
Gear
The Beovision Harmony by Bang & Olufsen is the world’s first 8K OLED TV
Sign up for our newsletters to have the latest stories delivered straight to your inbox every week.