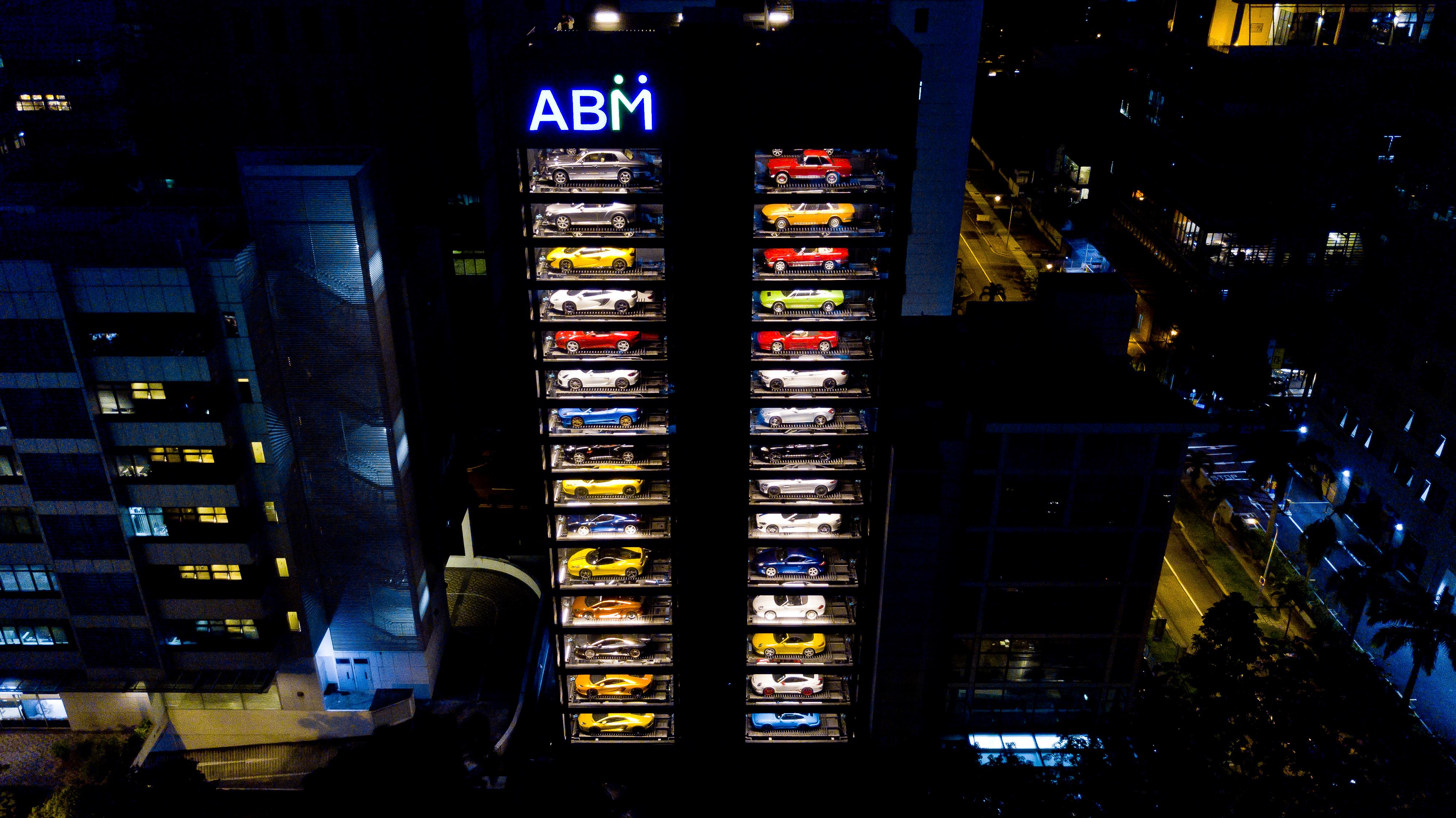 Remember Tomica? The tiny 1/64 scale toy models of just about any car imaginable used to be a hit during our childhood days. But the fun doesn’t stop just because you’re all grown up — Autobahn Motors in Singapore has made one for the big boys.

Encased in a 15-storey glass tower down Bukit Timah Road is a smorgasbord of up to 60 high-end cars, and it’s the world’s largest luxury car vending machine.

Much like buying a packet of crisps or a can of soda, customers use a touchscreen on the ground floor to browse the selection, which can range from new models such as Lamborghini Aventadors to classics such as the Ferrari 512M and a 1955 Morgan Plus 4. The chosen car arrives within one to two minutes, and customers can view, test drive or buy the car. While this seems fairly foolproof, staff are also present to supervise the entire experience.

The brainchild of Autobahn Motors general manager Gary Hong, the whole concept was inspired by a trip to the toy store with his son, where he saw vertically-stacked Matchbox cars. This sparked the idea of him doing the same for all his cars at the showroom.

While still the world’s tallest, his creation isn’t a brand new one. The US and Japan have already seen such novelty ideas come to life, such as the eight-floor Carvana in San Antonio, Texas. In the meantime, Hong and his team are racing to attain patents for some of the technology, which have potential in countries that deal with land scarcity or inventory management problems.

For now though, we’re happy to just crane our necks to admire the stunning beauties on display.

Luxury Cars Lamborghini Aventador classic cars Autobahn Motors car vending machine Bukit Timah Road Ferrari 512M 1955 Morgan Plus 4 Gary Hong Carvana
Shatricia Nair
Managing Editor
Shatricia Nair is a motoring, watches, and wellness writer who is perpetually knee-deep in the world of V8s, tourbillons, and the latest fitness trends. She is fuelled by peanut butter and three cups of coffee a day.
Motoring Wellness Watches Beauty Style
Sign up for our newsletters to have the latest stories delivered straight to your inbox every week.