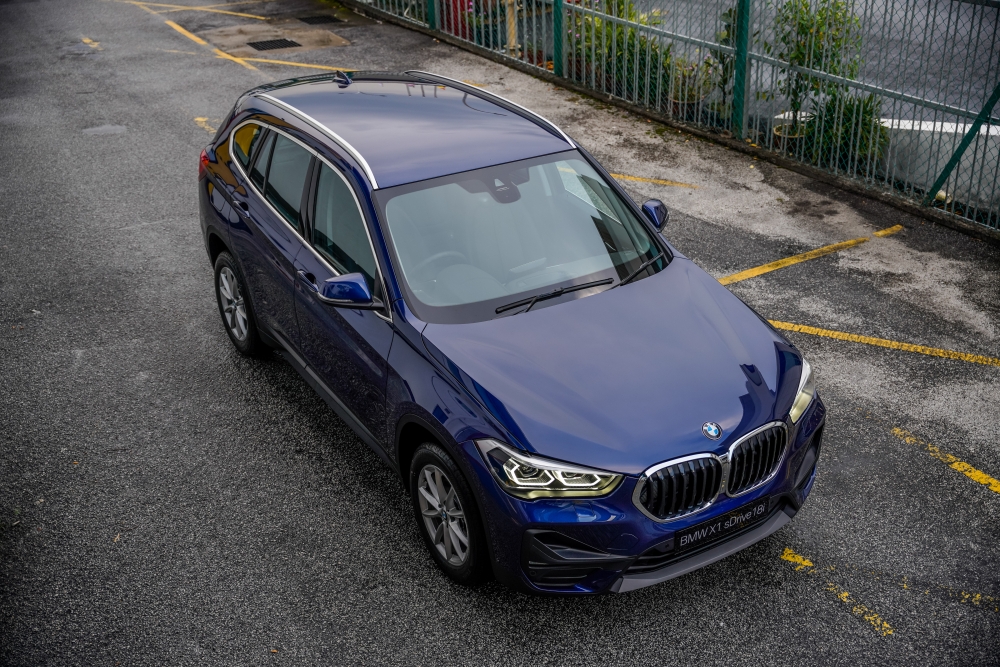 BMW introduces compactness with the M135i alongside the all-new X1

Instead of opting for a digital launch like many other brands, BMW is one of the few in Malaysia to start having public events once again. This was done in accordance with all social distancing guidelines, procedures, and SOPs. But then again, there’s only so much one can withstand when it comes to touching these gorgeous machines.

First up is the all-new BMW M135i xDrive, or also known as just ‘The 1’. It’s considered to be the sporting flagship of the third-gen BMW 1 Series line-up. It exudes an ever greater presence as opposed to its predecessor, which is all due to its progressive design language. This is obvious from the first glance; its distinctive kidney grille in Cerium Grey, replacing its classical bars with an exclusive mesh-design. Flanking that are the Adaptive LED headlights, complete with high-beam assistant.

At its core, it features the brand’s most powerful two-litre, the M Performance TwinPower Turbo four-cylinder engine. This all-wheel-drive compact hatchback comes with 306hp with a peak torque of 450Nm. It has a top speed of 250kph while doing the century sprint in just 4.8 seconds. The car also comes with M Sport suspension and M Sport brake to go with its eight-speed Steptronic Sport Transmission.

Moving on to the all-new X1 sDrive18i, it takes on the new normal by further amplifying the energetic spirit and independence familiar with the powerful BMW X range in the premium compact vehicle segment. On the front, you’ll find LED headlights, front LED fog lights, 17-inch light-alloy wheels, and a satin-finish aluminium roof rails and exterior trim.

Powering the car is the BMW TwinPower Turbo 1.5-litre three-cylinder engine, which won the ‘International Engine of the Year ‘Award for five years straight. It has 140hp and 220Nm of peak torque while also capable of hitting a top speed of 201kph. This SAV can also do the century sprint in 9.6 seconds, complemented by a 7-Speed Steptronic transmission with double clutch.

As for the cockpit, it features interior trim finishers in black high-gloss and highlight trim finishers in Pearl Chrome, along with leather Dakota upholstery. The all-new SAV now also features a sports leather steering wheel, electrically-adjustable front seats, two-zone automatic air conditioning and the BMW grey headliner. The intuitive iDrive system is also available within the 8.8-inch Control Display that can be operated via the iDrive controller, by touch, and even voice control.

BMW
You might also like ...
Gear
Review: Our need for speed is fuelled by the Mini Cooper JCWCountryman
Gear
BMW’s all-electric iNext will be the first vehicle to have 5G
Gear
What is it like to participate in BMW M Track Day 2019
Gear
The BMW M850i Coupe is a throwback to the 8 Series’ 20-year heritage
Wi-Liam Teh
Senior Writer
Wi-Liam is a geek at heart with a penchant for tattoos. Never without a drink in hand (preferably whisky, gin, or Guinness), he is also a writer by day and a keyboard warrior by night. On his day off, he masquerades as a streetwear and sneakerhead enthusiast while his bank account says otherwise.
Tech Cars Watches Entertainment Food Drinks