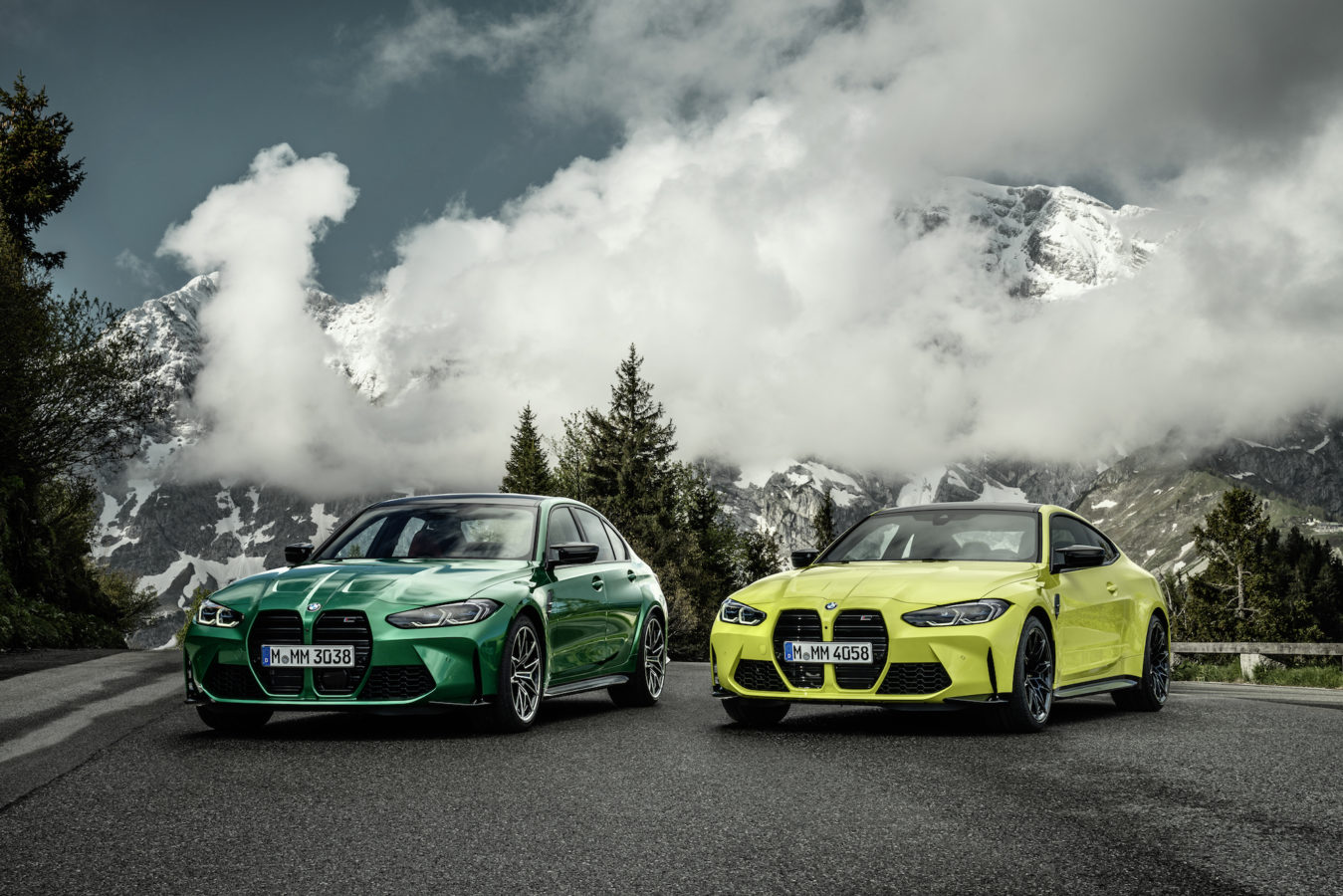 BMW is on full throttle.

Buckle up, folks, for there is not one, but two new M cars in town. There are few badges more respected in the automobile world than BMW’s M Series. The high-performance subsidiary was, after all, initially created to facilitate BMW’s racing program, which proved to be very successful in the ‘60s and ‘70s.

Eager to never lose this competitive edge, the Munich marque continues its flair for speed, handling, and plenty of loud noise with the new M3 and M4, both equally hot-blooded sports cars that will have no problem at all tearing roads apart.

Impressive as the specs of both cars may be, it’s hard to continue without addressing the elephant in the room: That massive grille. Both the M3 and M4 now sport the 2021 4 Series’ controversial nose, the same vertical-kidney design that has riled people up since the coupé made its debut. While it still takes a little getting used to, there’s no doubt the bold new design gives the car a more athletic appearance while balancing out the car’s widened proportions and sharper lines.

Beneath the hood lies an option of two powertrain options. The standard M3 sedan and M4 coupé will see an upgraded S58 twin-turbocharged 3.0-litre inline-six that’s ready with 473hp and 550Nm, but if that’s not enough, the M3 and M4 Competition variants will bump that number up to 503hp and 649Nm.

Another piece of good news is that BMW will be giving the M3 and M4 a six-speed manual transmission, which should be plenty of fun for purists. Unfortunately, this will only be available on the standard models and not the Competition versions, which will come with an eight-speed M Steptronic Automatic transmission, along with Drive Logic and three shift modes. On a straight, the standard variants will do 0-100kph in 4.2 seconds while the Competition ones do the same in 3.9 seconds.

As with any M car, it’s possible to geek out over modifications till the cows come home, but notable upgrades include extra cooling ducts on both sides of the main grilles and extended sills that control air underneath the body to boost the work of the rear diffuser. The body gets extra braces and stiffening plates to not only handle all that extra power; it is, after all, tuned for the race track. BMW has, however, also ensured the ride is comfy enough for long-distance journeys, without sacrificing any of the precision expected from the car.

When they launch in March, all versions of the BMW M3 and M4 will be rear-wheel-drive, although Competition models will be getting a rear-biased xDrive all-wheel-drive option later in the year, an M3/M4-first in the line’s 35-year history. Both models will have an upgraded power steering system and an optional M Drive Professional package that includes a lap timer, traction control system, and a Drift Analyser that records the length, time and angle of your drift, before comparing it to your best.

Inside, BMW’s outfitted the new rides with its best, with extra coloured stitching, plenty of carbon fibre flourishes and M-specific graphics for the instruments. Everything has been ergonomically designed to ensure the driver’s focus remains fully on the driving experience, although we’re sure the amount of grunt these cars are capable of will naturally demand of that.

To get even more out of your car, opt for the M Race Track Package for carbon fibre bucket seats, carbon-ceramic brass and lighter wheels. It’ll shave 25kg off its total weight.

The new BMW M3 and M4 might not be the cars you need, but they’ll be the cars you’ll want, especially when thrill is an emotion that has evaded you over the past year.

BMW Motoring Sports Cars BMW M Series
Shatricia Nair
Deputy Editor
Shatricia Nair is a motoring, watches, and wellness writer who is perpetually knee-deep in the world of V8s, tourbillons, and the latest fitness trends. She is fuelled by peanut butter and three cups of coffee a day.
Motoring Wellness Watches