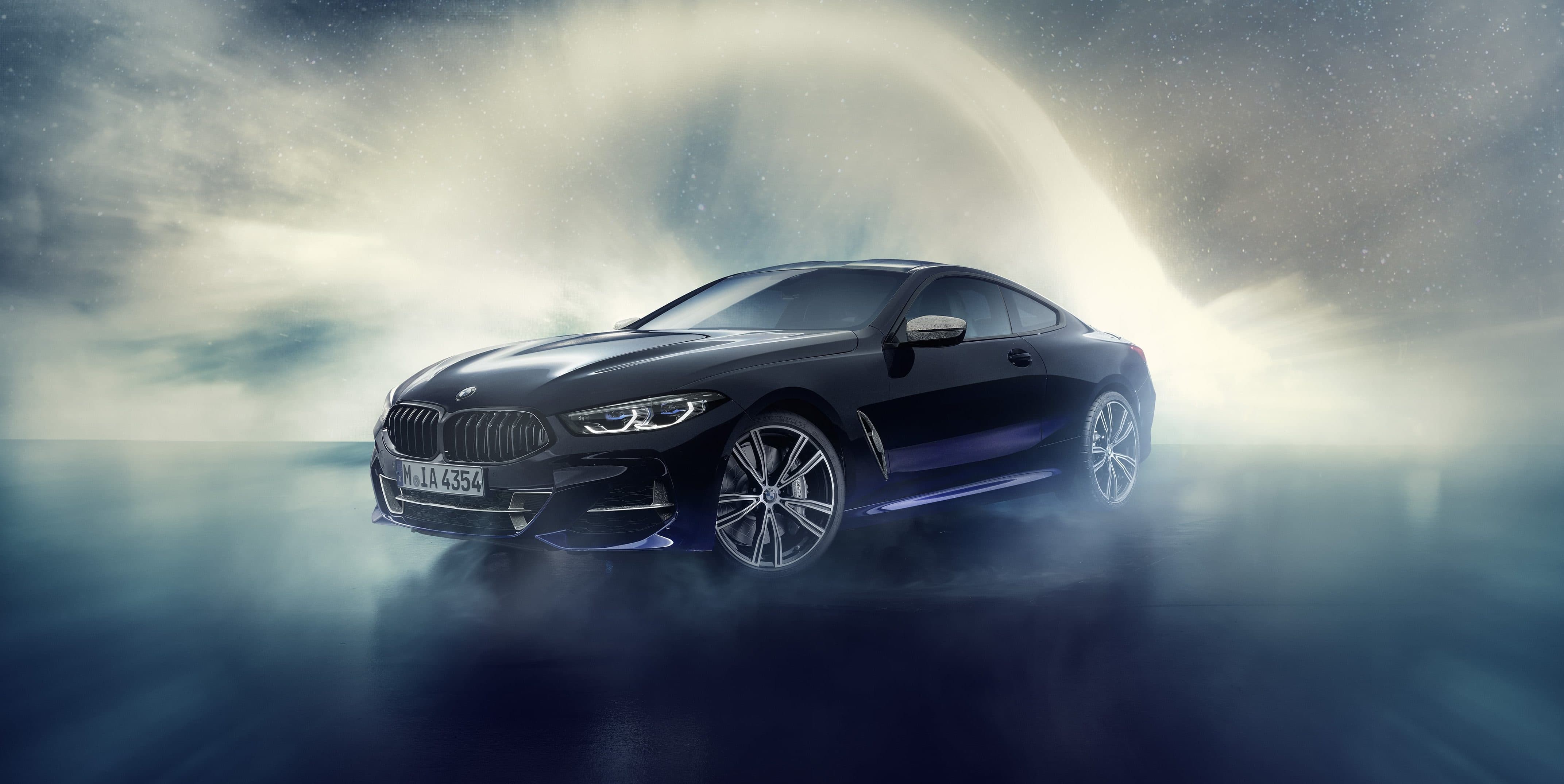 Cosmic Treatment: This BMW 8 Series Coupé has actual meteorite fragments on its dashboard

Automobile modification boutiques across the globe take pride in customising cars with everything unique and luxurious – from gold-plating to diamond treatments, it’s extravagance at it’s best. A stand-out example would be the Bugatti Veyron L’Or Blanc Edition, that comes with intricate ceramic treatments to the car’s interior and exterior, a beacon of bespoke luxury. But well, BMW’s first car of 2019, the 8 Series ‘Night Sky’ certainly took bespoke automobile designing onto a cosmic level, and added an out-of-the-world facet. Unlike most automobiles that come with diamonds and gold treatments, the ‘Night Sky’ has been enriched with actual meteorite fragments on the inside.

The 8Series Coupe pays homage to the Quadrantids meteor shower, a phenomenon that occurs when the Earth passes by the 2003 EH asteroid from which the meteors likely originated, and it has one of the shortest and most intense peaks of the yearly visible meteor showers. This year, as projected, the showers peaked on January 8th, BMW commemorated this the very next morning.

Dubbed as the ‘Night Sky,’ BMW’s 8 Series M850i coupe is a truly one-of-a-kind ride with actual meteorite fragments. The entirety of the coupe’s center-console trim, the engine-start button, the gear stick, the iDrive control knob, and the doorsills all feature inlays made from pure meteorite rocks. This may sound bizarre at first, but BMW’s BMW Individual Manufaktur division worked with the Max Planck Institute for Extraterrestrial Physics throughout the design process to create the components and ensure the correct use of the materials.

BMW takes this cosmic inspiration even further, the geometrically designed trim as seen across the interior is actually named ‘Widmanstätten’ a naturally occurring pattern that is only found in the structure of extraterrestrial materials. With classic 8 Series suave, the interiors and exterior feature BMW’s newly introduced 3D printing technology. The paintjob is the combination of two existing BMW colors—non-metallic Black and metallic San Marino Blue and LED lights have been installed to create a constellation aesthetic.

While the presidential focus stays on the coupe’s luxuriousness, we can’t pretend like it’s built without its hardcore BMW motocross DNA. Seen under its hood, is a stunning twin-turbocharged V8 that’s sprints using an 8-speed transmission. The HP has been marked just north of 600, allowing it to leap from 0-60 in 3 seconds while maxing out at 200 mph.

Since this model is a one-off by BMW, we could expect this to be an exclusively commissioned bespoke coupe for a special customer. There isn’t an official statement on that, and neither is there a pricing. We wonder how much the meteorite treatment would bump up the 8 Series’ US$112,000 base price-tag.