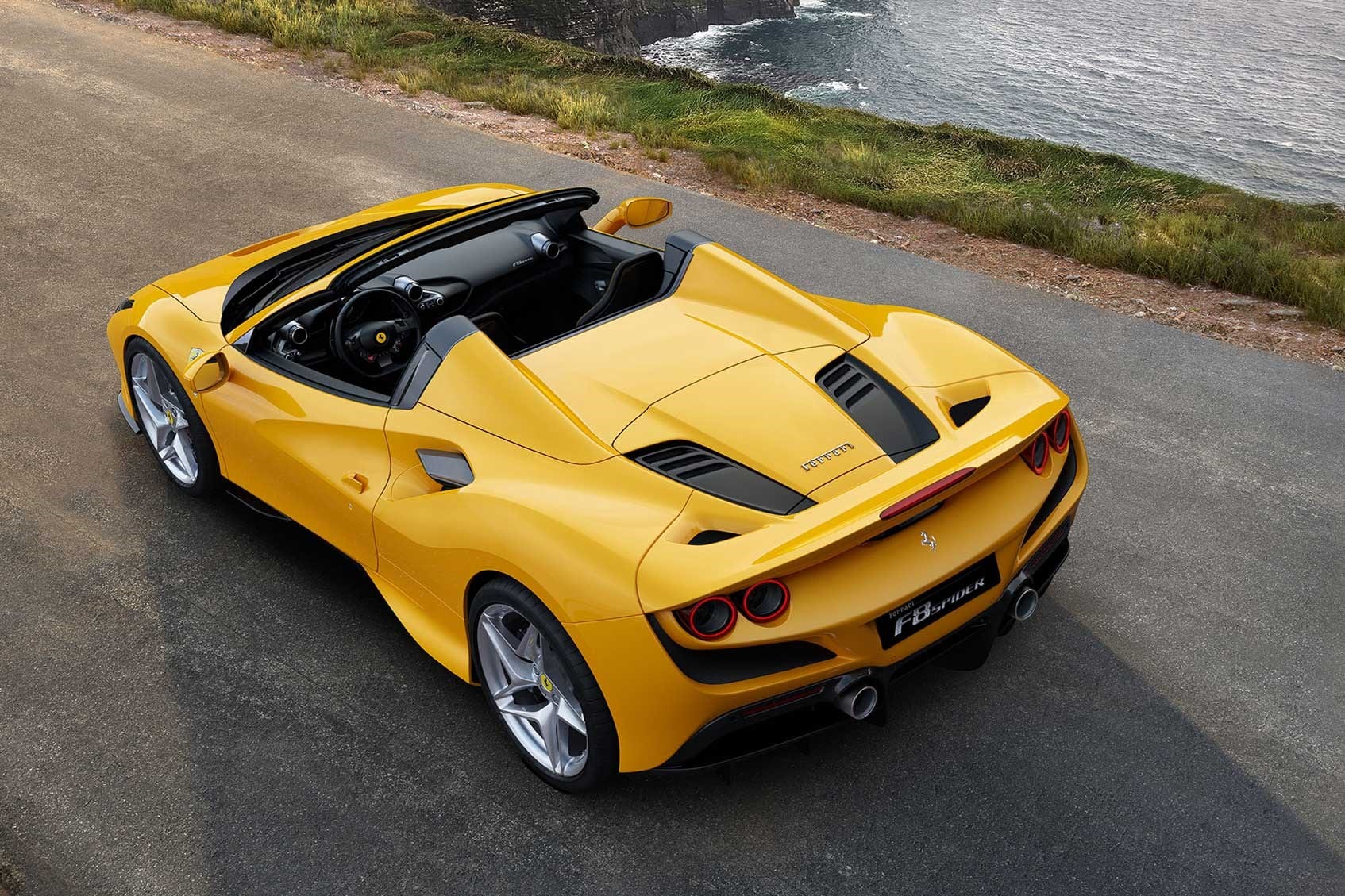 Earlier this year at the Geneva Motor Show, Ferrari unveiled the intensely performance-tuned V8-powered F8 Tributo coupe. And on Sunday – right on schedule – the company announced the model’s drop-top twin: The F8 Spider, equipped with the same high-power V8 as the coupe iteration.

This model effectively replaces the 488 Spider while bringing a sportier, more athletic aesthetic to the range as well as in-car comfort. According to the company, the new Spider’s most impressive feat is “the fact that it unleashes its power instantaneously with zero turbo lag, whilst retaining this V8’s unique and very special soundtrack.” Essentially, this model was designed to outperform all its predecessors via improved aerodynamic efficiency, less weight, better handling, and a more powerful engine.

The V8 powering the F8 Spider is capable of generating 711 hp (a 50 hp increase compared to the 488 iteration) which pushes the car from 0 to about 62 mph in just under three seconds. Despite the level of power produced by this two-seater, Ferrari made driving such a model more accessible to a wider range of drivers by refining the vehicle dynamics systems: the steering wheel’s rim diameter has been made smaller and the company’s Ferrari Dynamic Enhancer.

Neither the pricing nor the availability of the Ferrari F8 Spider has been disclosed yet, but both should be revealed sooner rather than later.