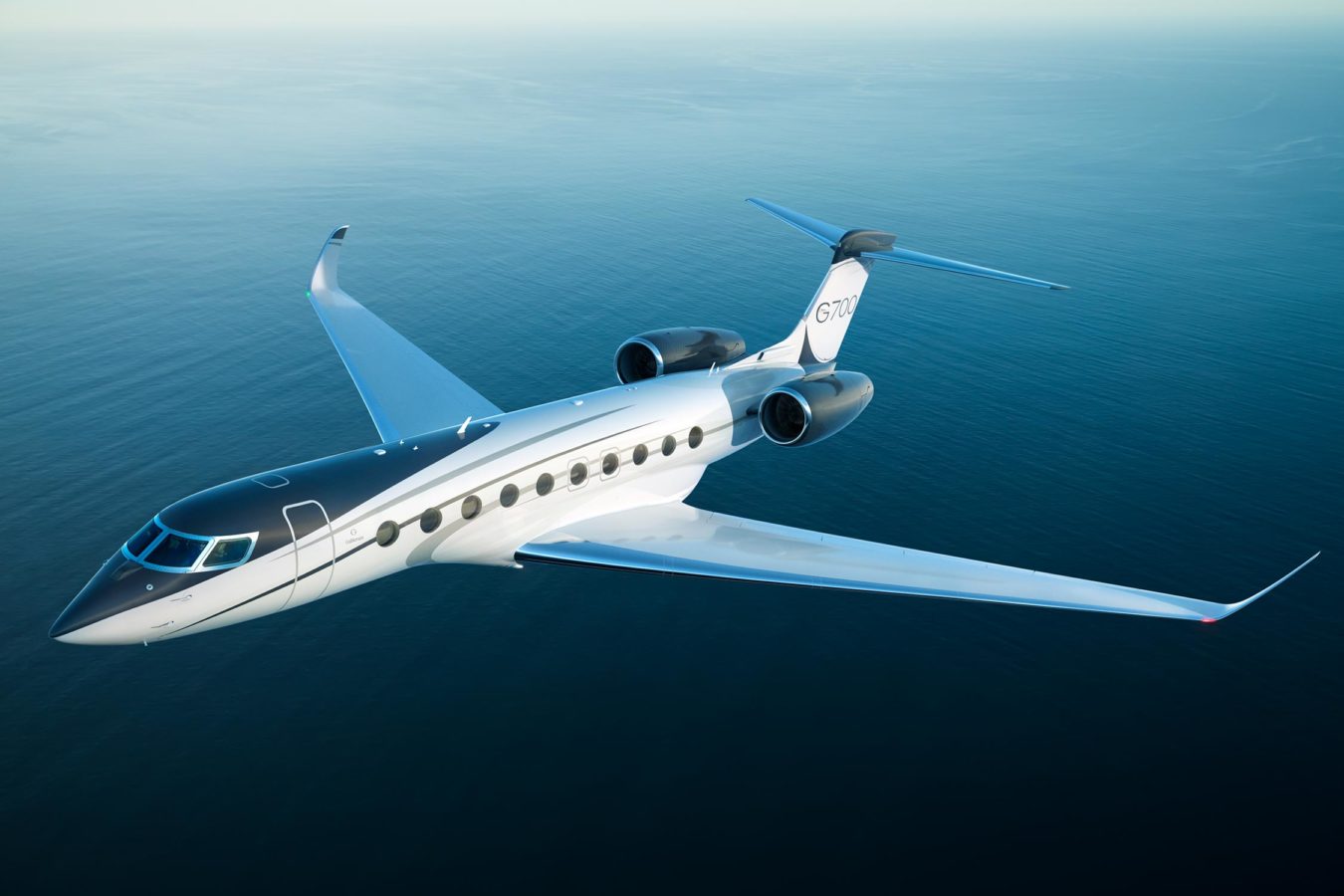 Flying won’t be a chore if you’re in the new Gulfstream G700.

You know the overwhelming desire to get to your hotel room after a particularly long flight? Well you won’t if you happen to be flying in the new Gulfstream G700.

That’s not just because it’s the world’s largest private jet, but because its designers obsessed about every last inch. On paper, the G700 boasts an extra 10 feet (3 metres) of interior space than its next-largest model, the G650. This doesn’t sound significant enough for the price hike — at S$102 million, it’s the most expensive in the market — but the Georgian-based manufacturer has proved otherwise.

Having a bedroom with its own en suite on any private jet is the ultimate luxury, but more so in the G700. At 57-feet long and eight feet wide, the cabin is palatial but it’s the small, hidden details throughout that set it apart from every other business jet there is.

In the bedroom, the atmosphere can easily be switched from business lounge to luxe hotel with a button’s push from a smartphone app. The bed’s smart-foam mattress is reclined from a seat into sleep position, simultaneously dimming the lights while darkening the windows. If that isn’t enough, there’s soft music to lull you to sleep.

Good design sensibilities were integral in making the G700 appear even bigger and more luxurious than it already was. S-curves are subtly integrated into the seats, ceiling, and even the carpeting, lending a calming sense of flow throughout what can otherwise be a cold, dry machine. Planked walnut and black ebony do plenty in adding warmth to the ambience too, as do the 20 massive panoramic oval windows which let in plenty of natural light — although circadian lighting is also at hand to help you adjust to your destination seamlessly.

The galley is decked in Casablanca marble — because why not — and that opulence is matched by a leather-swathed lounge that makes mealtimes infinitely more enjoyable on a plane. This galley design, which also sees a large fridge, plenty of storage and even a conventional oven and microwave, is the result of having 30 flight attendants prepare meals and offering feedback during the design phase. This expansive space and its amenities could also signal a new era of in-air dining, where owners can bring their chefs along to prepare meals from scratch instead of simply reheating catered food.

Even the seats have been tested for hours at desks for comfort and ergonomics before the best design was selected to be outfitted into the G700. These leather recliners see a special handle that is embedded into the armrest’s contours instead for easier adjustments and sleeker aesthetics.

It is touches of creativity like these that really make the flying experience worthy of the G700’s eye-watering list price. The dining area has automatic charging pads beneath its conventional facade, with recessed LED light fittings that can be powered below two watts (many stop at 20 watts) for romantic dinners.

Instead of screens you have to squint at, the G700 has a 43-inch one that rises while your environment darkens. Instead of speakers, the surround sound comes courtesy of transducers from behind the wall panels, a technology that’s the first of its kind on an aircraft. If you needed a sanctuary in the sky — especially one that you’re trapped in for hours on end — every last cent makes a difference, it seems.

Travel Motoring Aviation private jets Gulfstream
Shatricia Nair
Deputy Editor
Shatricia Nair is a motoring, watches, and wellness writer who is perpetually knee-deep in the world of V8s, tourbillons, and the latest fitness trends. She is fuelled by peanut butter and three cups of coffee a day.
Motoring Wellness Watches