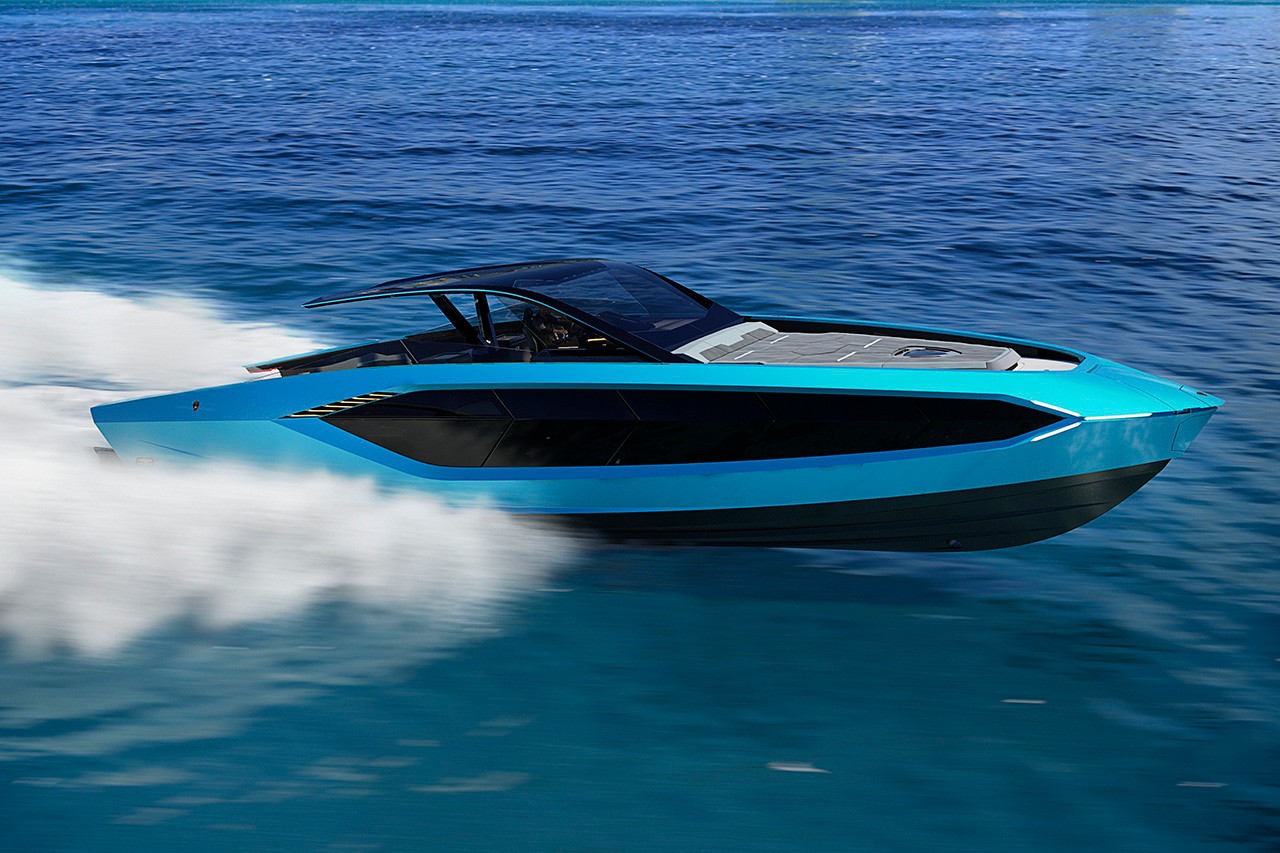 Lamborghini is known for creating supercars to dominate the streets and it’s looking to take over the high seas along with Tecnomar with its very first superyacht.

Known as the Tecnomar for Lamborghini ’63, the name derives from the year Lamborghini was founded. It was built by both Lamborghini’s Centro Stile design studio and The Italian Sea Group while its design drew inspiration from the carmaker’s heritage.

Some of the cars that the superyacht draws inspiration from include classics like the Countach as well as the Miura. That’s not all though; Tecnomar also took an extensive look at the hybrid section of Lamborghini with its Sián FKP 37 and the Terzo Millennio. The end result is its Y-shaped bow lights drawing directly from the latter while its roof references the former.

Other design cues include its bullet-like shape with its sharp and angular lines. And seeing as Lamborghini is all about speed and performance, you can rest easy knowing the 63 will be well kitted out. It features two MAN V12-2000 HP engines, allowing for a top speed of 60 knots, which clocks over 100kph.

The interior also draws inspiration from the Lamborghini’s cockpits with hexagonal shapes and carbon fibre throughout. This also allows the superyacht to weigh in at only 24 tonnes and with plenty of different colourways. To ensure the experience is just like stepping into a Lamborghini supercar, the cockpit in the 63 superyacht comes complete with a racing bucket seat for the captain as well as the racing steering wheel.

The Tecnomar for Lamborghini ’63 will be available come 2021 and is limited to 63 superyachts, for obvious reasons.

All images courtesy of Lamborghini.

Lamborghini superyacht tecnomar
You might also like ...
Gear
Pay a visit to these virtual car museums around the world
Gear
What are hypercars and which are the best in the world?
Gear
The world’s most extravagant yacht features for nautical indulgence
Gear
The Solar Impact is the world’s first solar-powered superyacht
Wi-Liam Teh
Senior Writer
Wi-Liam is a geek at heart with a penchant for tattoos. Never without a drink in hand (preferably whisky, gin, or Guinness), he is also a writer by day and a keyboard warrior by night. On his day off, he masquerades as a streetwear and sneakerhead enthusiast while his bank account says otherwise.
Tech Cars Watches Entertainment Food Drinks