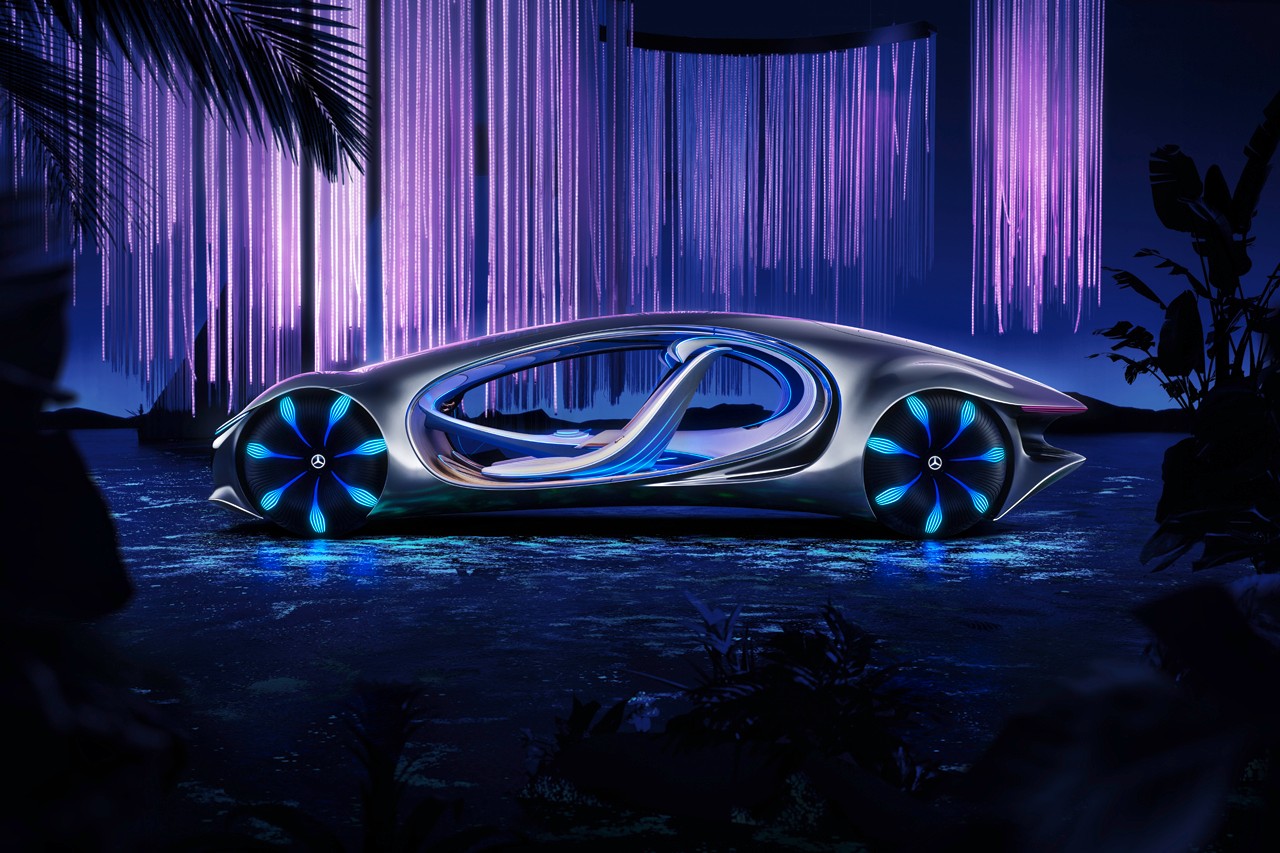 Mercedes-Benz breaks all conventions with the VISION AVTR Concept

It’s hard not to remember James Cameron’s record-breaking box office smash, Avatar. It made its debut back in 2009 and gained plenty of praise for its visual effects. Fast forward to 2020 and Mercedes-Benz draws inspiration from the movie for its latest concept creation, the VISION AVTR.

It made its worldwide debut a few days ago during CES 2020 to jaw-dropping awe. Also known as the Advanced Vehicle Transformation, the silver-screen counterpart draws inspiration from the aesthetics and overall plotline of the movie. The main theme of the movie Avatar was all about merging humans with nature and machines to create a symbiotic relationship.

The end result is the Mercedes-Benz VISION AVTR, which features an innovative design to go along with its interactive technology as well as environmental sustainability. As for its design, Mercedes-Benz gives the VISION AVTR a ‘One Bow’ chassis structure. This contributes to its sleek and highly aerodynamic shell, complete with futuristic transparent doors.

In terms of lighting, the VISION AVTR utilises LED light strips as its main source to great effect. Not only does it accentuate the overall curve and posture of the car, but it also highlights the front and rear headlights in a single lighting strip. Its unique LED lighting strips also merge with the tyres of the car, giving it a more futuristic look and feel.

But what separates the VISION AVTR from the other concept vehicles Mercedes-Benz has already created is the interior. Taking cues from the symbiotic relationship between human and machine, the interior of the car features a single panel display as the dashboard with a new UX to boot. First off, autonomous driving will be included so there is already one aspect less to worry about.

Through the UX, you will be able to interact with the car in more ways than one. Its functions, features, and more are available at the touch of a button. A projection menu also allows the users to go through with hand gestures instead of having a physical touchscreen present. Lastly, there will be a central control module that will physically merge with the user to give you control of acceleration and steering.

As for environmental sustainability, Mercedes-Benz opted for a new graphene-based battery cell technology. Lithium-ion batteries are replaced with compostable materials, thus creating a fully recyclable battery that creates no waste at all. The materials used for the interior also take an environmentally friendly take; it does away with premium leather upholstery and in its place, vegan DINAMICA leather and fast-growing Rattan wood for panels.

Given how it is just a concept vehicle, the chances of seeing it on the roads one day are slim. However, as Mercedes-Benz has already planned on rolling out next-generation vehicles in the years to come, it’s only a matter of when and not if.

All images courtesy of Mercedes-Benz.

Mercedes-Benz vision avtr mercedes-benz concept car concept car avatar
You might also like ...
Gear
Why the Koenigsegg, a Swedish supercar, defies stereotypes
Gear
BMW’s all-electric iNext will be the first vehicle to have 5G
Wi-Liam Teh
Senior Writer
Wi-Liam is a geek at heart with a penchant for tattoos. Never without a drink in hand (preferably whisky, gin, or Guinness), he is also a writer by day and a keyboard warrior by night. On his day off, he masquerades as a streetwear and sneakerhead enthusiast while his bank account says otherwise.
Tech Cars Watches