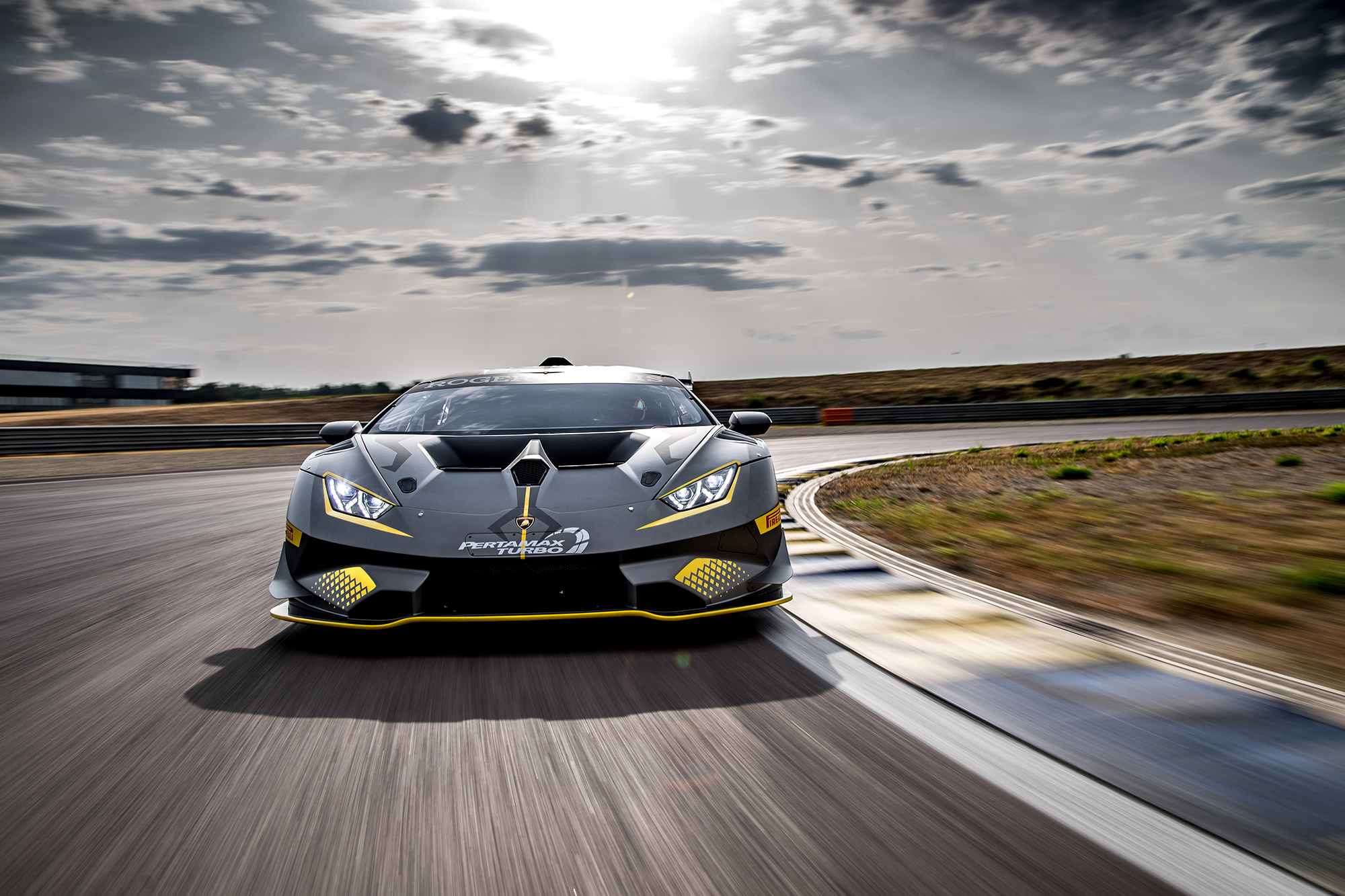 “Track weapon” is a term thrown around a lot by car companies for their souped-up performance variants, but when Lamborghini uses it, you can expect it to look like a Nürburgring record demolisher from the future. This is, of course, not an exception for its new Huracán Super Trofeo Evo, an angrier-looking version of the LP 620-2 Super Trofeo released three years ago.

Equipped with an aero body kit that wouldn’t look out of place in a Transformers movie, this be-winged predecessor is a step up from the regular Super Trofeo racer that’s been a staple on tracks around the world. Beyond the Roger Dubuis livery — in celebration of their latest partnership — is a completely redesigned aerodynamic carbon fibre shell by the Lamborghini Squadra Corse, the company’s motorsport department.

The engineers for the new Huracán Super Trofeo Evo must’ve had a field day coming up with a brand new solution for less drag but the same downforce, but they’ve done it. A central dorsal fin is the most obvious change, but really, the entire rear gets a rethink. The airscoop on the roof funnels air into the engine to supercharge the same 5.2-litre naturally aspirated V10, generating up to three percent more torque at maximum speed.

The side air scoops have been deleted, and there’s a bigger open rear, a la the Centenario. This helps deliver airflow to the rear wing more effectively to create downforce. Inspired by their racing LMP1 prototypes, a side fin on the rear hood also helps add rear stability when attacking sharp corners, while the rear spoiler is also now bigger and flatter.

At the front, a new hexagonal air intake and sharper front splitters characterise the new Evo model. Updated power steering and new exhaust systems help with efficiency, which should be useful in a sport that’s ruled by split-second time differences.

Mated to a X-Track six-gear sequential shift, the new Huracan Super Trofeo Evo produces an 18hp power surge as compared to the road-going Huracan despite being outfitted with the same engine. The 620hp rear-wheel drive beast will make its racing debut next spring during the first Super Trofeo championship. Don’t forget your seat belt for this one.