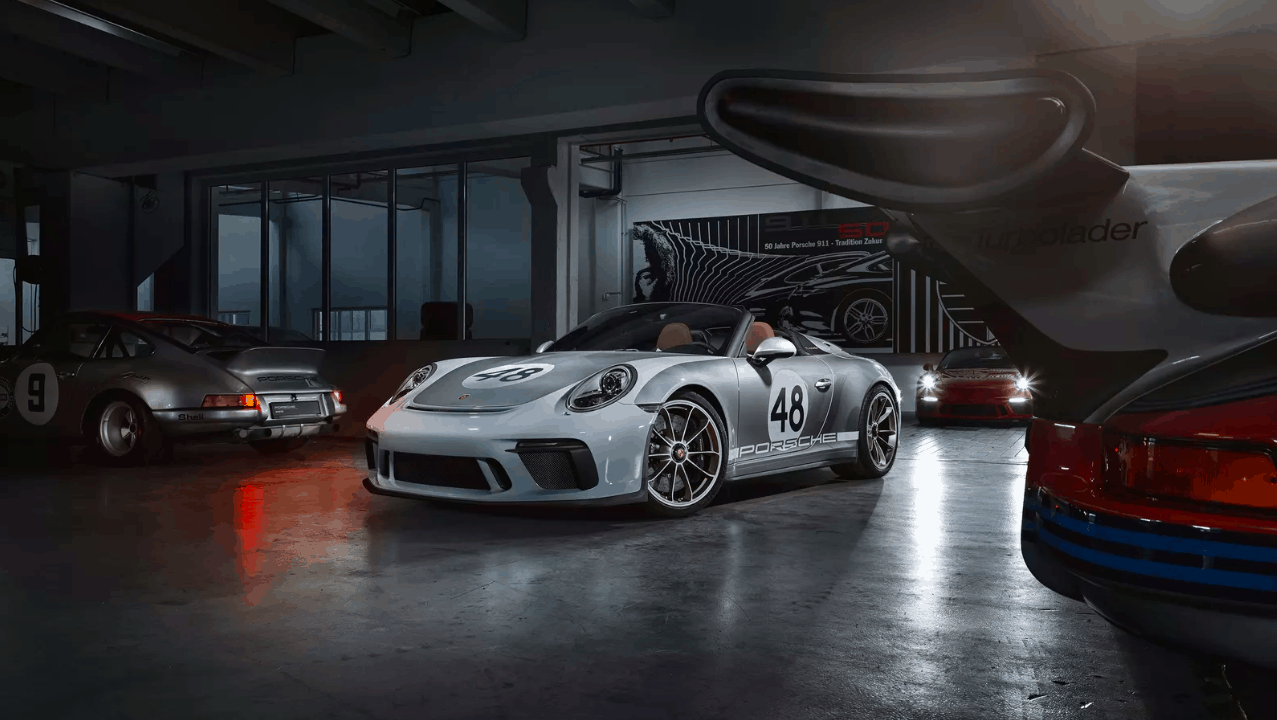 Aficionados will immediately jump unto the defence of their favourite models when the name Porsche is mentioned. However, as majestic as Porsche’s cars may be, there is only one that would rock the very foundation of one’s life, the Porsche 911 Speedster. Known to be the pinnacle of open-air luxury automobiles, the upcoming Porsche 911 Speedster will be available in 2019 and will feature design cues from past Porsches, starting from the late 80’s.

In conjunction with its 70th anniversary, only 1,948 models of the upcoming Porsche 911 Speedster will be made. This is to commemorate the year that Porsche was founded, right after World War II. The original concept for this make and model made its first appearance on 8 June 2018, the same date when the first-ever Porsche sports car made its way into the world.

We now get a glimpse of what the actual Porsche 911 Speedster looks like. It will also be the first car from Porsche’s new Heritage Design Packages. This allows customers to choose certain personalisations for the car, which include paint job and upholstery. What’s great about the Porsche 911 Speedster is that it doesn’t stray far from the concept that was unveiled earlier this year.

Gear
What does the latest Porsche Cayenne have to offer?

In a nutshell, the upcoming Porsche 911 Speedster will be modelled after the 911 Carrera 4 Cabriolet. Meanwhile, the chassis will be taking a page out of the 911 GT3’s book. Alongside lightweight carbon fibre front fenders and bonnets, the Porsche 911 Speedster titanium tailpipes. The car will carry a manual gearbox with a 500hp V6 engine, capable of revving up to 9,000 RPM.

The interior includes a healthy dosage of modern touches with upgraded leather and red highlight stitching all around. A lightweight tonneau cover with Tenax buttons comes with the car, in place of a soft-top cover.

Unfortunately, there are no updates as to when the Porsche 911 Speedster will be available and for how much. However, this will be one of the most sought-after Porsche’s ever, given the rich history of which it was built upon.

Porsche Luxury Car Porsche 911 GT3 Porsche 911 Speedster Porsche 911 Speedster Concept luxury automobile porsche 911 carrera 4 cabriolet
Wi-Liam Teh
Senior Writer
Wi-Liam is a geek at heart with a penchant for tattoos. Never without a drink in hand (preferably whisky, gin, or Guinness), he is also a writer by day and a keyboard warrior by night. On his day off, he masquerades as a streetwear and sneakerhead enthusiast while his bank account says otherwise.
Tech Cars Watches Entertainment Food Drinks