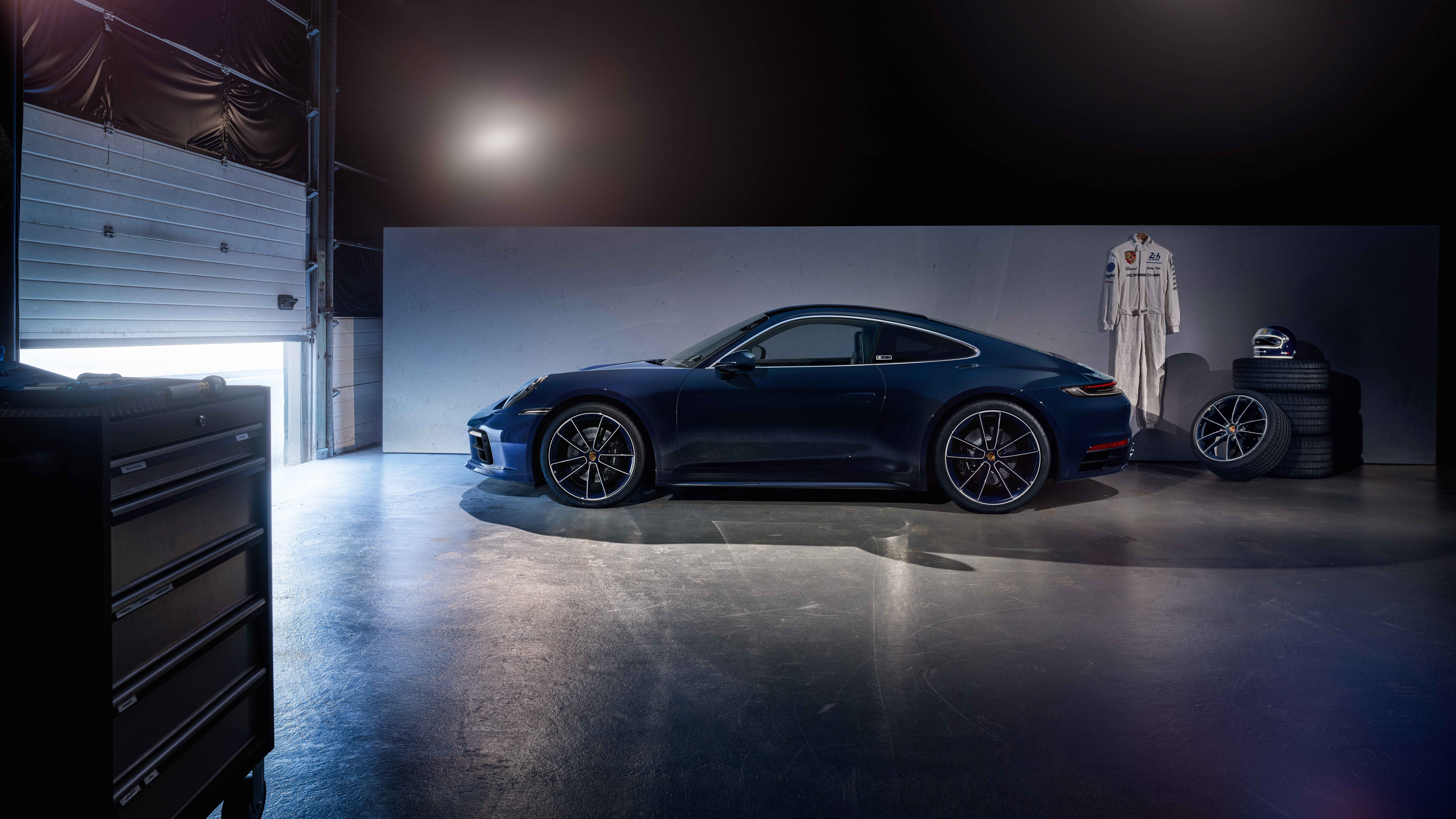 Porsche knows a thing or two about going fast. Just like many race car drivers. Yet few of them know how to coax a car into podium-winning finishes like Jacky Ickx.

If you’re unfamiliar with the testosterone-filled world of motorsport, Jacques Bernard “Jacky” Ickx is a six-time Le Manswinner, with four of those victories coming in Porsche colours between 1976 and 1982. The Belgian former racing driver has also had 25 podium finishes in Formula One, and scored big at the Can-Am Championship in 1979.

This makes him very popular man not only in his hometown of Brussels, but also with the boys at the Stuttgart office. To celebrate his 75th birthday, Porsche’s‘Exclusive Manufaktur’ division has teamed up with Belgian importer D’Ieteren to honour him with the 911 Carrera 4S ‘Belgian Legend Edition’, which also happens to be the first ever special edition of the latest 992-gen Porsche 911.

Rendered in a striking shade of midnight blue in honour of Ickx’s penchant for donning a blue and white helmet during his heydays, the Legend Edition will no doubt bring tears to the eyes of motorsport fans, specifically those from Belgium because all 75 examples of this 911 will only be available for sale in his homeland.

The exclusive shade of dark blue — titled “X Blue” — even makes its way onto the  20- and 21-inch alloy wheels, which are finished with white laser engraved accents.

Special edition badgesare also plastered liberally within to remind of his legacy. This is done mainly via his signature, which you’ll find in impossible-to-miss places such as the driver’s-side B-pillar, the central armrest, and the key fob.

Under the bonnet, no changes have been made to the twin-turbo flat-six engine, which has already come to be known for being a worthy descendent of the famed 911 family. Paired with an eight-speed PDK, expect its 444hp and 530Nm to blast you from 0-100kph in 3.6 seconds (this is just Porsche being modest), and onto a top speed of 306kph.

Motoring Porsche Luxury Cars limited edition cars
Shatricia Nair
Senior Writer
Shatricia Nair is a motoring, watches, and wellness writer who is perpetually knee-deep in the world of V8s, tourbillons, and the latest fitness trends. She is fuelled by peanut butter and three cups of coffee a day.
Motoring Wellness Watches

Travel
Bali opens its arms wide to tourists this October 2020
Travel
Spain could be reopening its borders by the end of June 2020
Food & Drink
What are mochi desserts, and why are they trending now?
Living
Gucci’s Chime For Change aims to help victims of domestic abuse
Style
These jewellery pieces make perfect gifts for any celebration
Travel
1 Hotels debuts in Asia with an eco-luxury resort in Haitang Bay
Culture
Harry Styles release the juicy ‘Watermelon Sugar’ and it’s breaking the internet
Style
Adidas Originals collaborates with Angel Chen for a martial arts-inspired capsule
Living
How to arrange your own flowers for an aesthetic home
Sign up for our newsletters to have the latest stories delivered straight to your inbox every week.