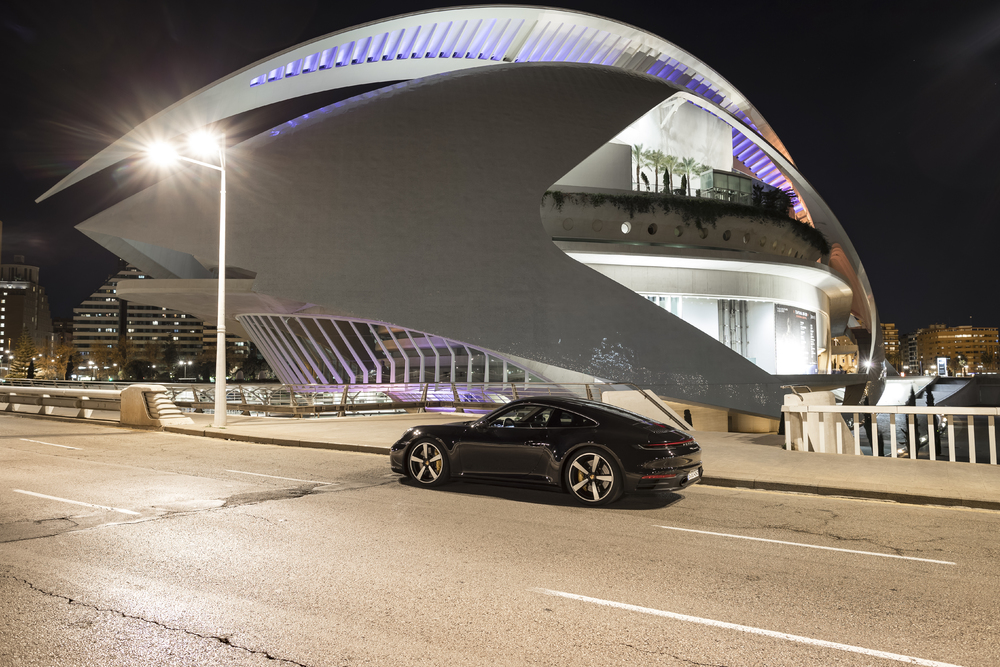 Since 1963, the world has seen many different iterations of the Porsche 911 rear-engine sports car. In total, there were seven generations of this iconic breed of sports cars, all of which came with its own personality and identity. This ranges from the original Porsche 911 all the way to the most recent 991 Series.

Porsche is known for changing things up and it does just that by evoking a sense of nostalgia with the 992 Series. It’s significantly wider around the wheel housings, which arch over its 20-inch front and 21-inch rear wheels. At the front of the car rests its newly developed LED headlights with four-point daytime running lights as well as a dimmer beam. There are also pop-out handles on the sides, which is emphasised with its tapered and smooth side contour.

One of the greatest innovations to hit the Porsche 911 992 Series is its variable-position spoiler and light bar. The rear spoiler is automatically controlled, allowing you to choose if and when to retract. When closed, it gives the car a more sleek and seamless appeal but when open, it gives off a more menacing and sporty outlook.

There are two variations of the Porsche 911 992 Series, mainly the 911 Carrera 2S and the 911 Carrera 4S. Both cars house the next generation of turbocharged flat-six engines, which comes with an increase in both power and torque. This allows the new engine to have 450hp with 530Nm of torque.

As for the interior, the dashboard of the Porsche 911 combines the traditional elements of its predecessors with the latest in interior sports car technology. Its central position analogue rev counter is housed in-between two 7-inch displays, which provides clutter-free driving information to the person behind the wheel.

This makes it much safer for the car when cruising on wet roads.

There is also a new 10.9-inch touchscreen display, which is where the Porsche Communication Management resides. There is also a dock-on control panel of five buttons that provides direct access to its essential drive and chassis functions. Being a car of the modern day, the Porsche 911 will have the latest in assistance systems, which includes the Porsche Wet Mode as well as Night Vision Assist through the aide of a thermal imaging camera.

Sports Cars Porsche Porsche 911
Wi-Liam Teh
Senior Writer
Wi-Liam is a geek at heart with a penchant for tattoos. Never without a drink in hand (preferably whisky, gin, or Guinness), he is also a writer by day and a keyboard warrior by night. On his day off, he masquerades as a streetwear and sneakerhead enthusiast while his bank account says otherwise.
Tech Cars Watches Entertainment Food Drinks