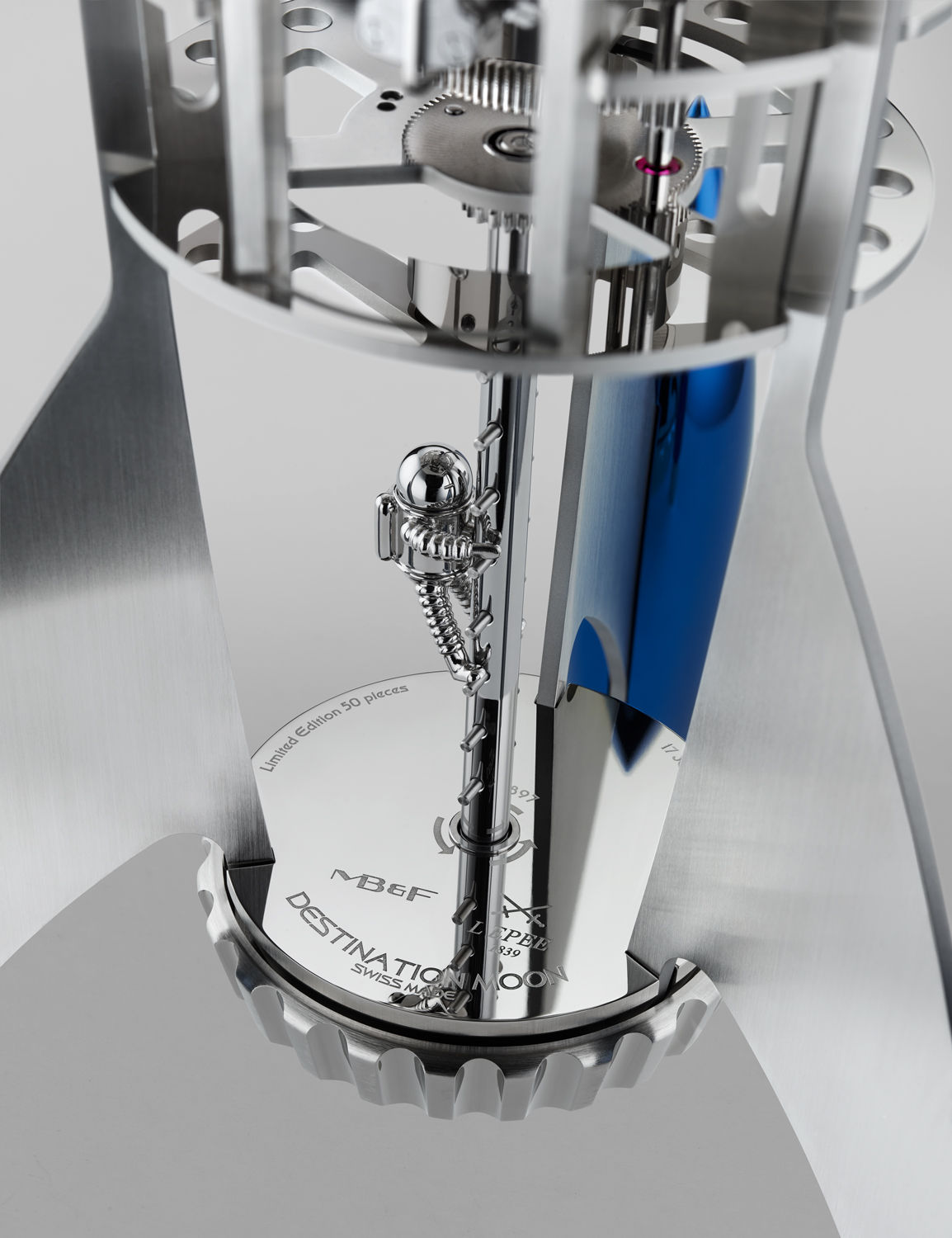 With its retro torpedo shape, clever engineering and a smile-inducing silhouette, this table clock is a nostalgic addition to your living space.

Destination Moon’s architecture is remarkably similar to the basic engineering of a real spaceship. The clock’s power comes from the oversized winding crown in its base, much like a real rocket ship which gets its main power from its base.

The control systems of a rocket are above the power source, and the same holds true for Destination Moon, which has a vertical regulator underneath the time display.

Of course, a spaceship needs an astronaut. Look closer, and you’ll spot a delightful detail: A space-suited figure named Neil, forged in solid silver and stainless steel, magnetically attached to the ladder connecting the crown to the movement. This nostalgic nod to Neil Armstrong, the first man who landed on the moon, evokes a childlike sense of wonder.

The Destination Moon is available in four limited editions, featuring PVD coatings in black, green, blue or polished palladium (silver) on its “landing pods”. With only 50 pieces of each, its owners will surely be over the moon.

Watches Home MB&F Splurge Destination Moon Clock MB&F Destination Moon
Michelle Liu
Sign up for our newsletters to have the latest stories delivered straight to your inbox every week.