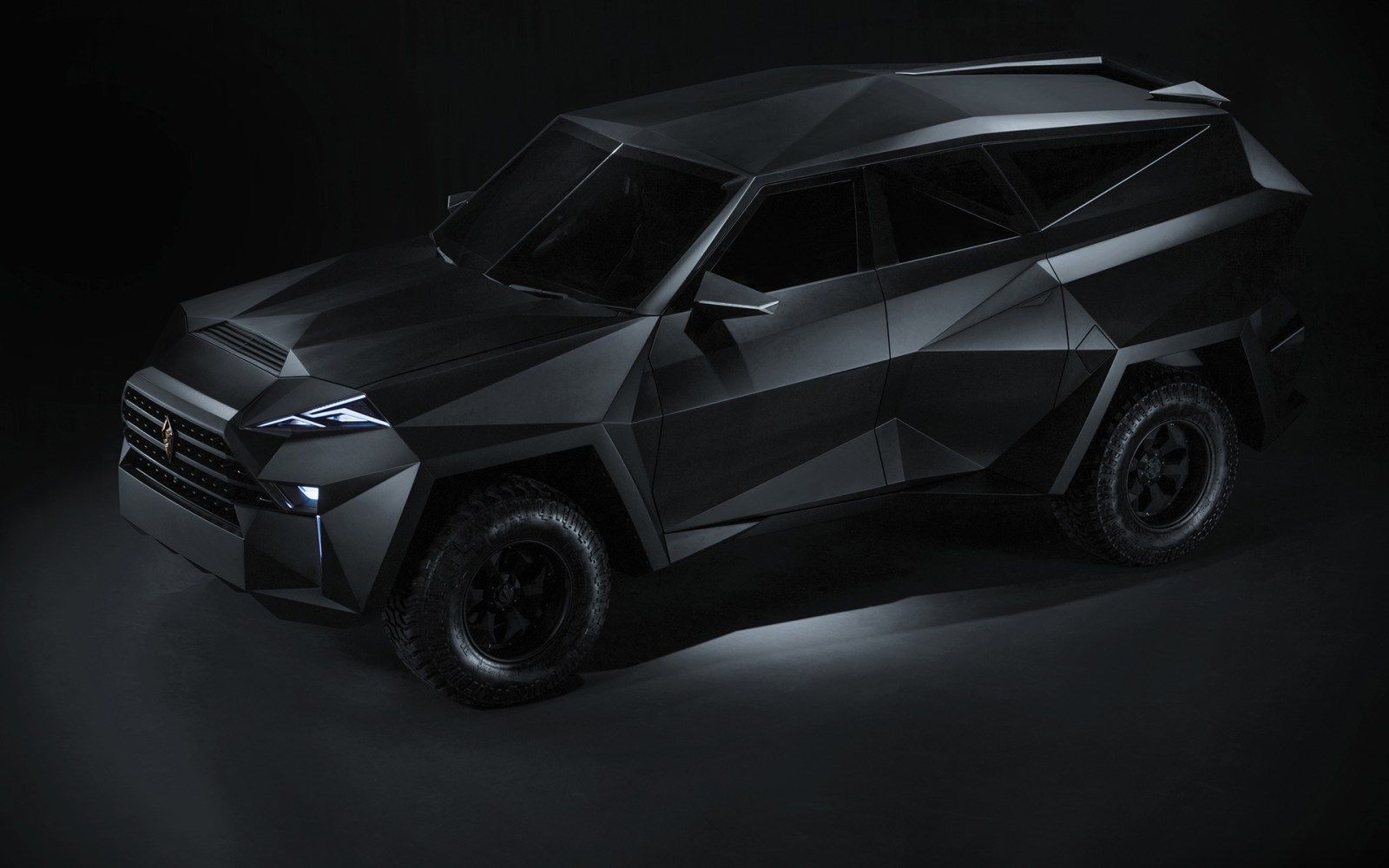 Splurge: This RM8 million Karlmann King SUV is your stealthy home on wheels

High end car brands coming out with SUVs seem to be a running trend this year. We’ve seen the Lamborghini Urus, set to be the world’s first super SUV. But later on, the Maserati Levante Trofeo, which is also said to be one of the fastest and most powerful out there was revealed. Today, we bring in another contestant not for the fastest or most powerful, but for the most expensive of its class: the Karlmann King SUV.

At a glance, the Karlmann King SUV is a sight for sore eyes. Its geometrical and angular body with the matte black finish is reminiscent of a Batmobile. There’s also the option of changing the body from carbon fibre or steel to a bulletproof carbon fibre one — if you see the need for it. Unfortunately, that’s where the similarity ends with Batman’s vehicle because the high-end SUV is not equipped with the same bells and whistles as our favourite vigilante’s.

However, this US1.8 million vehicle has a lot of other qualities — it’s literally a living room on wheels. Take a look inside the Karlmann King SUV and you will find that it has a retractable TV, tables that move in and out electronically, an air purifier, and a Nespresso machine. Very nice. Ambient lighting is also part of the deal if you’re into that.

Performance-wise, the Karlmann King SUV is fitted with a 6.8-litre V10 engine that produces about 620Nm of torque and has 360hp. However, the maximum speed that this SUV can only get up to is 140kph — a massive disappointment, considering the engine that it’s fitted with. This is probably due to the fact that the car weighs a whopping 5,800kg, thanks to the material that the exterior is made of, and all the extra items inside the car.

If you like opulence and speed isn’t your thing, then the Karlmann King SUV is worth investing in. It’s rather exclusive too, as the company only plans to produce 10 of these. Otherwise, with that sort of money, you can easily purchase several Bentley Bentaygas.

Find out more about the Karlmann King SUV here.

Luxury SUV Bentley Bentayga Lamborghini Urus Super SUV monster suv elite suv karlmann king suv most expensive suv in the world v10 engine maserati levante trofeo
PohNee Chin
Editor, Kuala Lumpur
Poh Nee is the editor and writes about travel and drinks. When she's not living out her holiday dreams via Google Earth and sipping on an Old Fashioned down at the local bars, you can find her snug at home bingeing on Netflix and mystery fiction.
Travel Drinks
Sign up for our newsletters to have the latest stories delivered straight to your inbox every week.