This Tamiya Wild One Max brings back extreme bouts of nostalgia.

If you were one of those snotty kids in the ‘80s who used to take their heavily modified Tamiyas to the tracks for a day of rambunctious racing, you would’ve probably heard of the Wild One. While not a battery-operated model, this radio-controlled (RC) car was still legendary in the world of miniature model cars, often taking pages in magazines alongside other must-haves like the Hornet and Lunch Box. The Wild One (in its 1/10th scale) was originally released in 1985 and even saw a resurrection in 2012, but its return in 2022 is going to be bigger and better — literally. 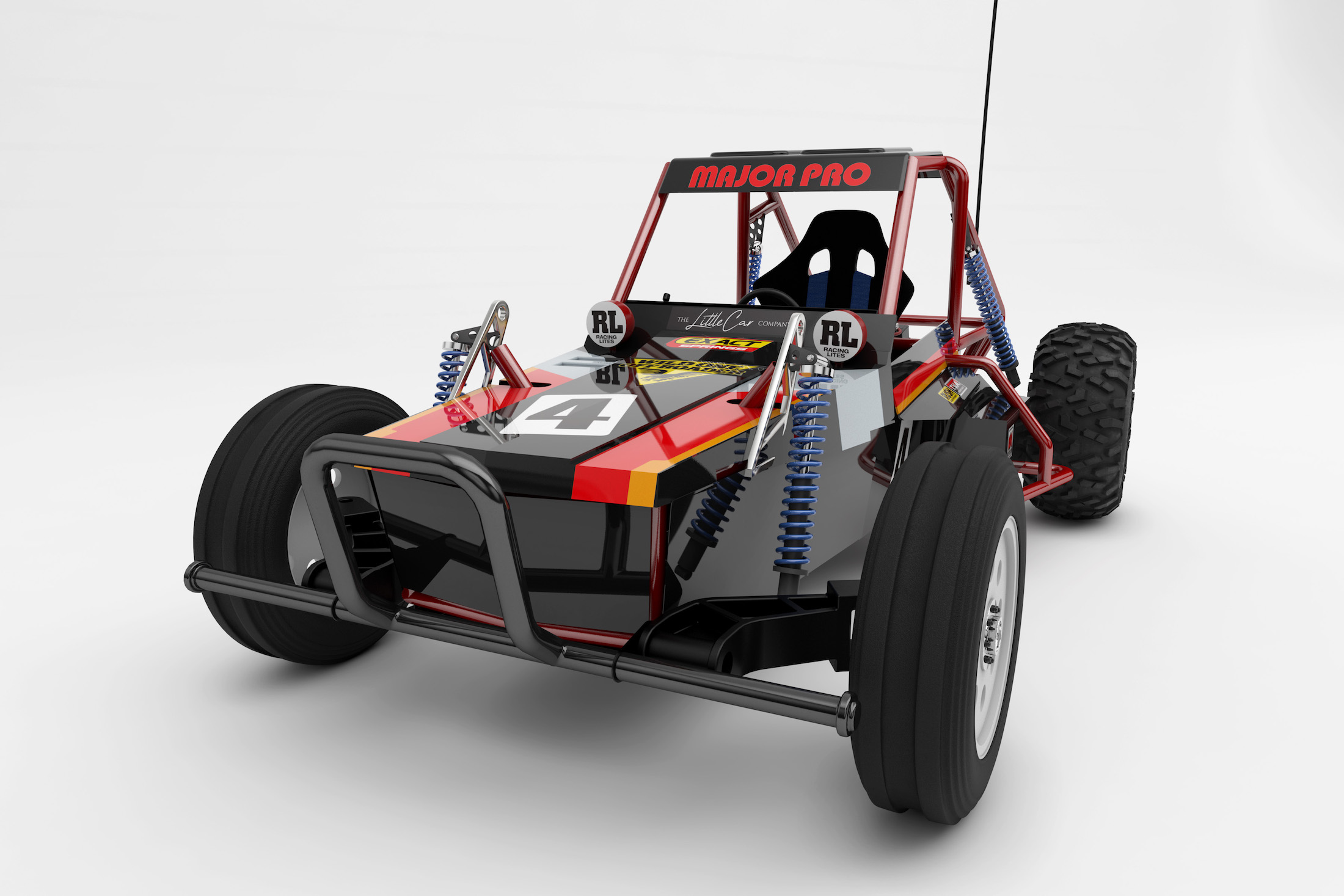 That’s because the mega exciting re-release that is the Tamiya Wild One Max will actually be big enough to drive. As an actual dune buggy, it’ll be 3.5m-long, 1.8m-wide, and weigh around 250kg. Made in collaboration with The Little Car Company — a niche builder also responsible for the Baby Bugatti and Aston Martin DB5 Junior — the 8/10th scale ride will seat anyone between 1.60cm to 1.95m, and has enough power to bring its (only) occupant to a top speed of 48kph.

The Tamiya Wild One Max will feature bits like a spaceframe chassis, chunky off-road tyres, and even proper coil-over suspension, and will be powered by a 5.5hp electric motor. The 2kWh onboard PowerPack promises a range of up to 25 miles, but there’ll be a regenerative braking system that’s hooked up to hydraulic Brembo disc brakes on each corner to maximise this range.

Other pretty cool features include an adjustable composite seat with a three-point seatbelt, digital gauges, and a racing steering wheel. Like its mini-me, this one was made for everyone and so has three driving modes — Novice, Eco, and Race — that offer different top speeds, throttle mappings, and power outputs according to its driver’s skill.

But as any Tamiya fan can attest to, half the fun is poring over the extensive catalog for ways to upgrade the swanky new ride. The Little Car Company knows this all too well and has included individual Hop-Ups in the form of four-point racing harnesses and high-performance brakes and suspension. However — and this is where it gets even better — there will also be complete ‘Packs’.

The Tarmac Pack, for example, adds road-biased tyres and mudguards. To take your dream of driving an actual Tamiya car one step further, there are three Road Legal Packs that add on brake lights, turn signals, reflectors, and rear-view mirrors so you’re good to go for your grocery run. 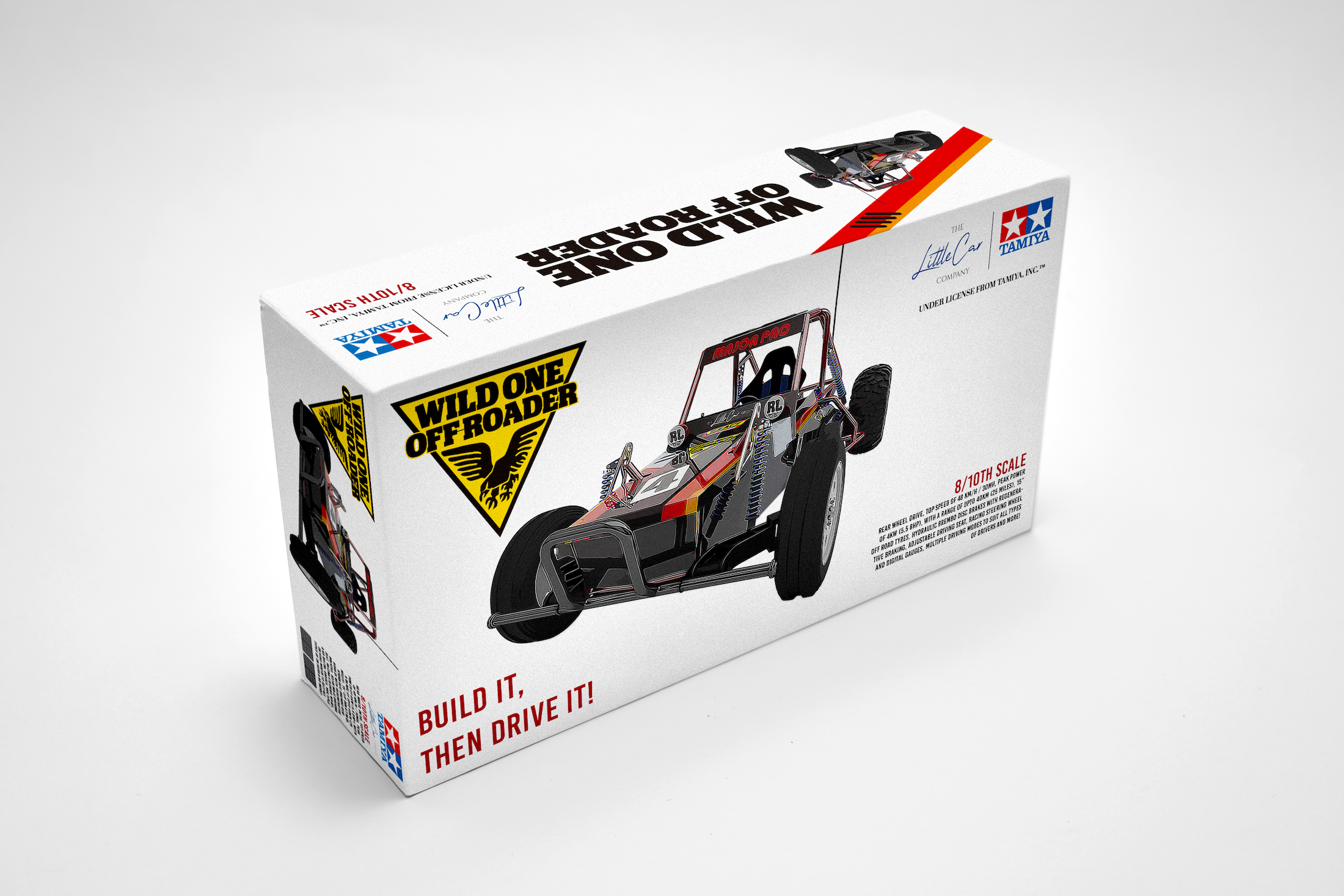 The Wild One Max might take up a bit more space than the RC kits of the past, but you’ll still get the opportunity to assemble this life-sized buggy yourself, piece by piece. Just make sure you don’t find extra parts lying around when you’re done. There’s even a massive sticker sheet to dress it up with once it’s assembled. Tamiya hasn’t indicated that the parts will actually come in a massive box, but we’re crossing our fingers they do.

If you’re ready to get your big kid on, set aside roughly £6,000 (approx. RM34k) from your piggy bank and start pre-ordering here.

collectible cars Tamiya RC Cars
Shatricia Nair
Shatricia Nair is a motoring, watches, and wellness writer who is perpetually knee-deep in the world of V8s, tourbillons, and the latest fitness trends. She is fuelled by peanut butter and three cups of coffee a day.
Motoring Wellness Watches