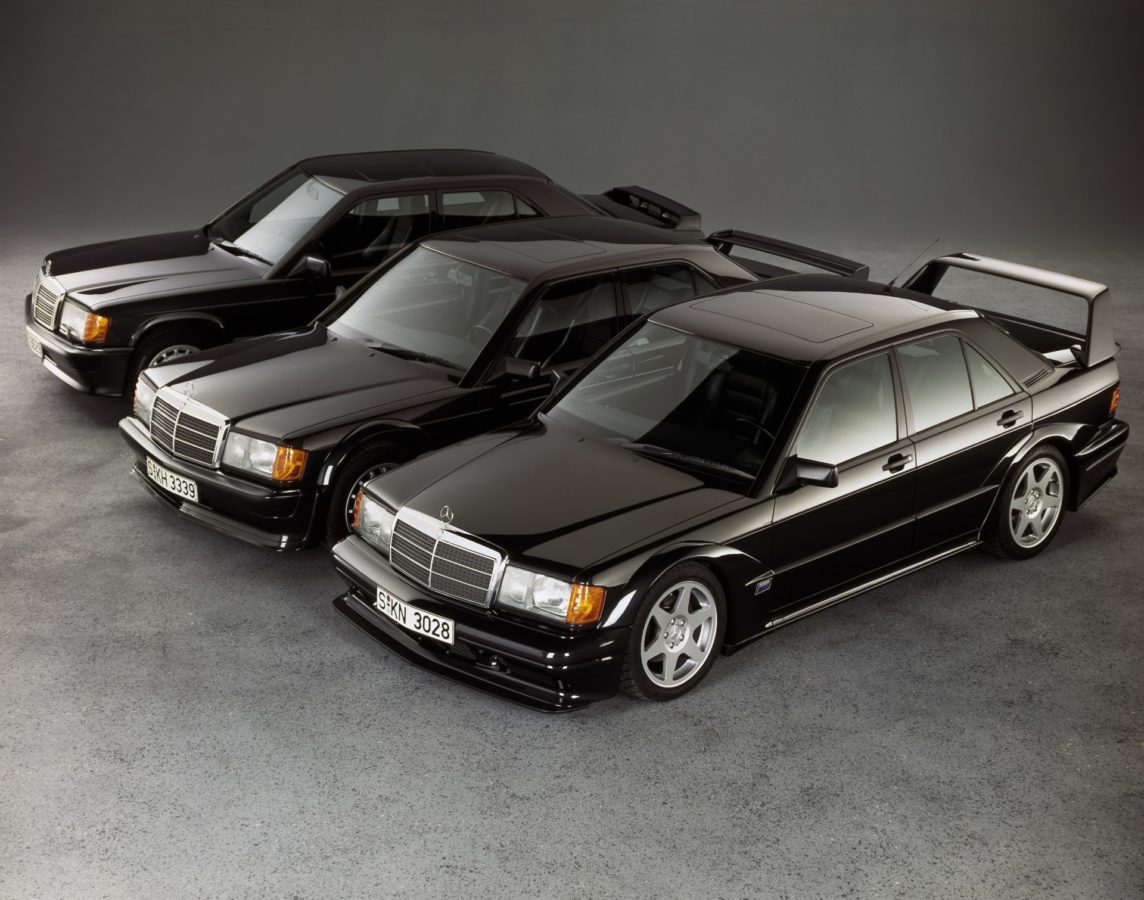 On the occasion of the Geneva Motor Show in March 1990, Mercedes-Benz unveiled its spectacular 190 E Evo II, which was directly derived from the model that raced in the German touring car championship, the much-celebrated Deutsche Tourenwagen Masters (DTM).

As the name suggests, the “Evolution II” was the successor to the Mercedes-Benz 190 E 2.5-16 Evolution. Produced in a little over 500 copies, under the hood it was equipped with the brand’s top-of-the-line 4-cylinder 235 hp engine. It also sported an imposing rear spoiler that considerably boosted down-force and road-holding, which was its most significant distinguishing feature with regard to its predecessors. Both the spoiler and the model’s 17-inch alloy wheels were directly inherited from the DTM racer.

The limited-edition, street-legal version of the famous racing car still remains the most famous version of the Mercedes-Benz 190 E, which first launched in 1984.

Mercedes-Benz GRAND TOURING mercedes 190 e evo
You might also like ...
Gear
Review: Mercedes-Benz A200 offers flexibility and comfort as the perfect family car
Gear
How did Detroit earn the nickname the ‘Motor City’?
Gear
Review: The Bentley Continental GT proves itself to be the ultimate grand tourer
Gear
All the luxury SUVs of 2019 for you to travel in style and comfort
Staff Writer
Motors