Last year, Mini Malaysia launched three variants of its popular Cooper S compact car into our market. This year, it opted for a slightly different route with the Mini Cooper Clubman. Aside from that, it also brought in two new variations of the Mini John Cooper Works.

These three new vehicles are looking to bring a new sense of style and class into the compact car segment. While the Mini Cooper Clubman features facelift upgrades, the Mini JCW Countryman and Clubman will now have new reiterations to both its looks and performances.

The Mini Clubman will also be the only car in a Cooper S variant. However, what’s great about all three cars will have a host of colourways to choose from.

Be sure to scroll down below to find out all you need to know about the new cars.

All pictures courtesy of Mini Malaysia. The Mini Clubman Cooper S comes with a facelift in its design, showcasing new updates to its look. This includes LED headlights into its signature circular headlamps with a white ring on the outer layer. It is also the first six-door model due to its lateral wing doors at the rear. At the heart of the car lies its 2.0-litre Mini TwinPower Turbo engine that produces 192hp and 280Nm of torque. It can run the century sprint in 7.2 seconds with a top speed of 228kph. This is due to the new Seven-Speed Dual Clutch Sports Automatic Transmission, which provides faster gear changes and greater efficiency. On the inside, the Mini Clubman Cooper S comes with a sleek MINI Yours Walknappa Leather steering wheel that complements the upholstery. Other upgrades include the 12-speaker Harman/Kardon audio system, a 6.5-inch Mini Navigation system with touchscreen display, and Mini Connected with 4G SIM technology. The Mini Clubman Cooper S is available in six colours — Indian Summer Red, New British Racing Green, Pepper White, Thunder Grey, Melting Silver and Starlight Blue. 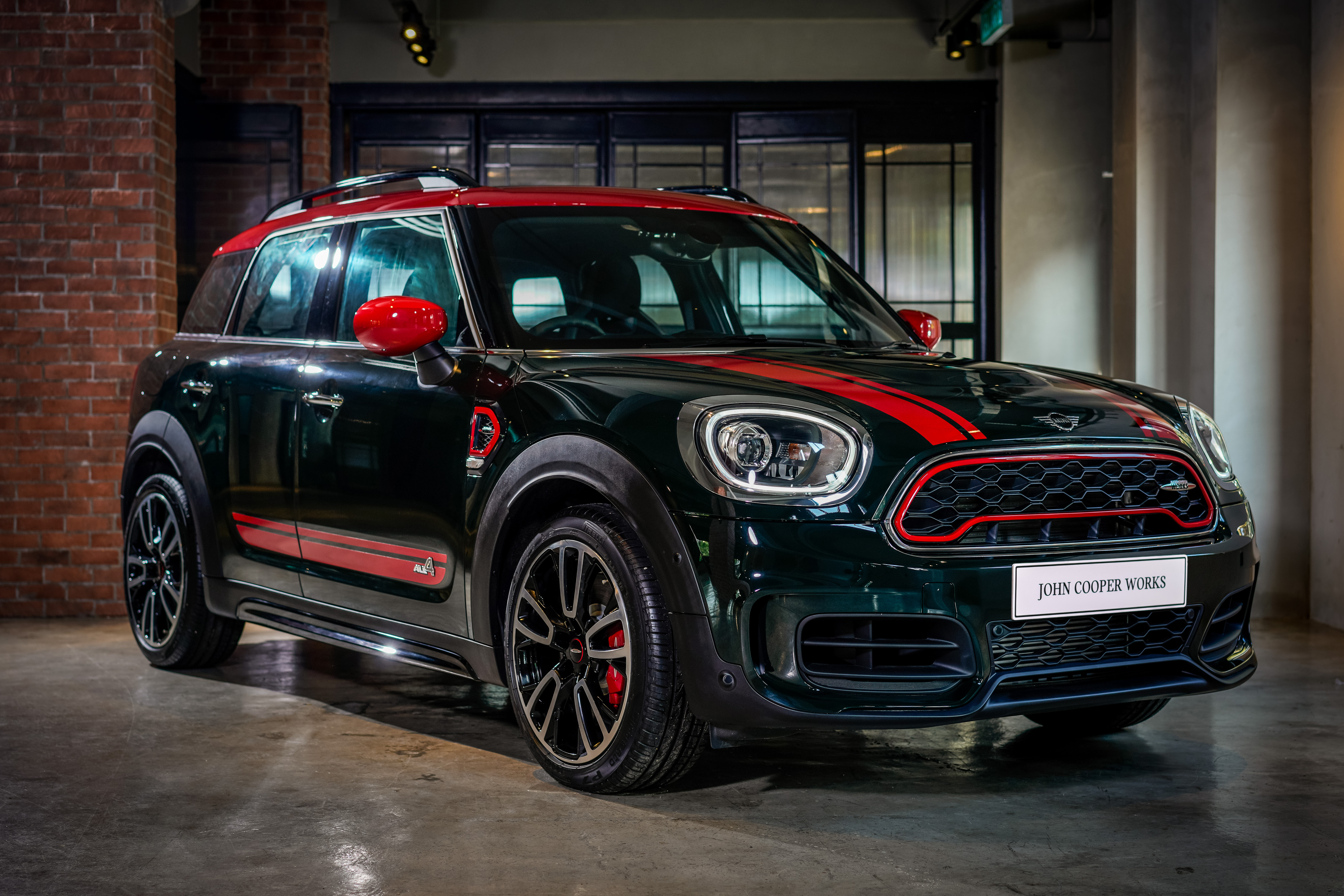 The John Cooper Works edition for the latest Mini brings a new meaning to the term “premium compact cars”. The Mini John Cooper Works Countryman is the first of two JCW cars to come out from Mini. It comes with certain updates to its design, mainly a new bumper trim panel with open-air intakes on both sides for efficient cooling of the new engine. It also features exclusive 19-inch JCWCircuit Spoke Two-Tone wheels, redesigned with edgier racing-inspired looks. Under the hood, it has a revised BMW B48 2.0-litre TwinPower turbocharged engine producing 306hp and 450Nm of torque. It has a top speed of 250kph and can also do the century sprint in 5.1 seconds. The interior comes with all the JWC trimmings on the steering wheel, instrument cluster, centre display, and door sills. There is also a high-contrast heads-up display and an 8.8-inch touchscreen navigation system. To top it all off, Harmon/Kardon speakers are scattered around the car for a truly unique audio experience. 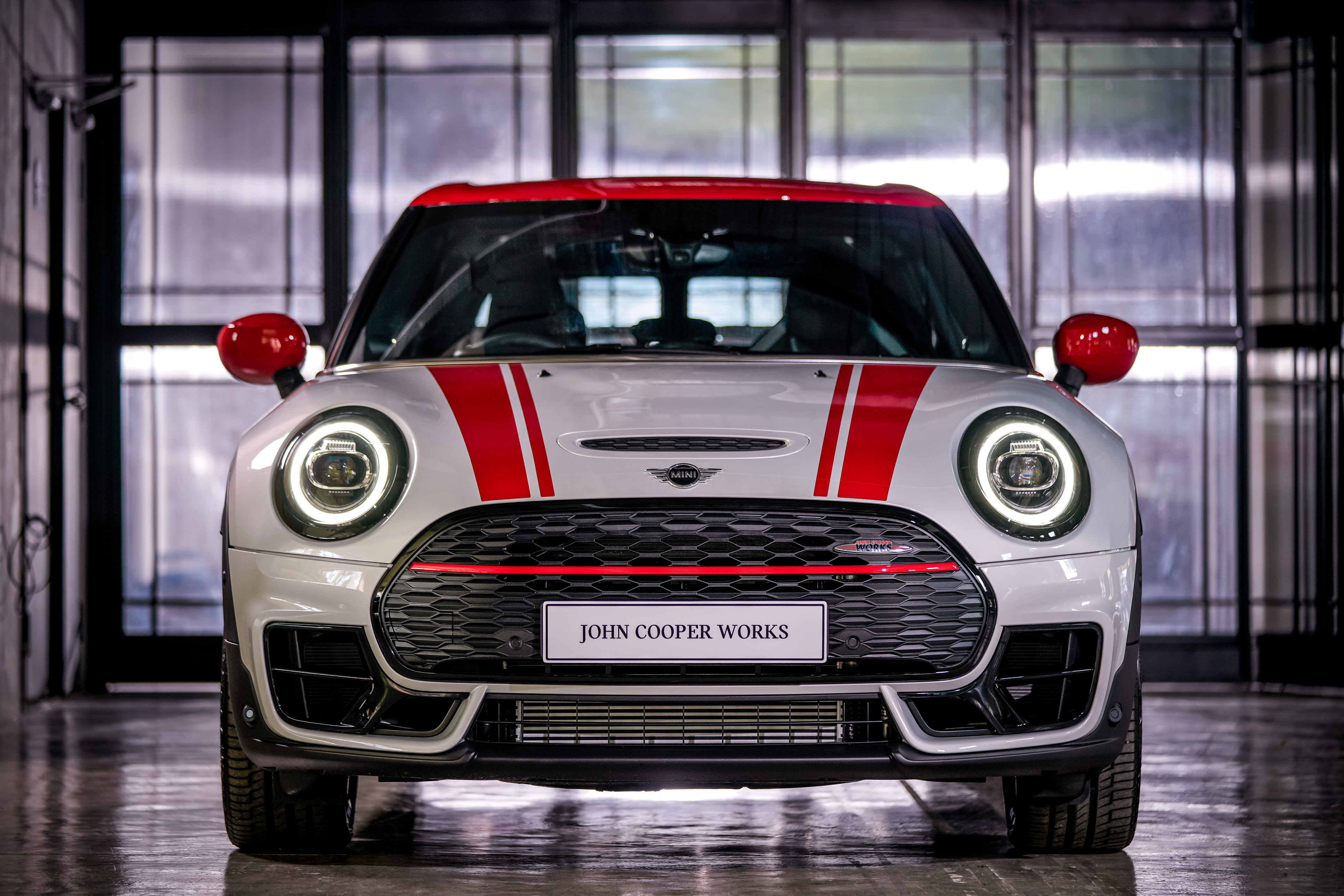 The Mini John Cooper Works Clubman underscores the same performance characteristics as its counterpart. This includes the BMW B48 2.0-litre TwinPower turbocharged engine that produces 306hp with a peak 450Nm of torque. While it also has a top speed of 250kph, it can go from 0-100kph in just 4.9 seconds, which is slightly quicker than its counterpart. As for its design, the Mini JCW Clubman is completely redesigned. There is now a modified front bumper for a sportier touch. Its front spoiler comes with a large splitter and a new insert in the lower grille while the new bumper trim panel has enlarged cooling air intakes and two external coolant radiators to accommodate the new engine’s power. Its LED headlights will now have Matrix Light Functionality, the first for any Mini. The rear also features new LED headlights with a Union Jack design alongside the brake lights.

MINI Mini cooper Mini Cooper malaysia mini clubman john cooper works
Wi-Liam Teh
Senior Writer
Wi-Liam is a geek at heart with a penchant for tattoos. Never without a drink in hand (preferably whisky, gin, or Guinness), he is also a writer by day and a keyboard warrior by night. On his day off, he masquerades as a streetwear and sneakerhead enthusiast while his bank account says otherwise.
Tech Cars Watches Entertainment Food Drinks