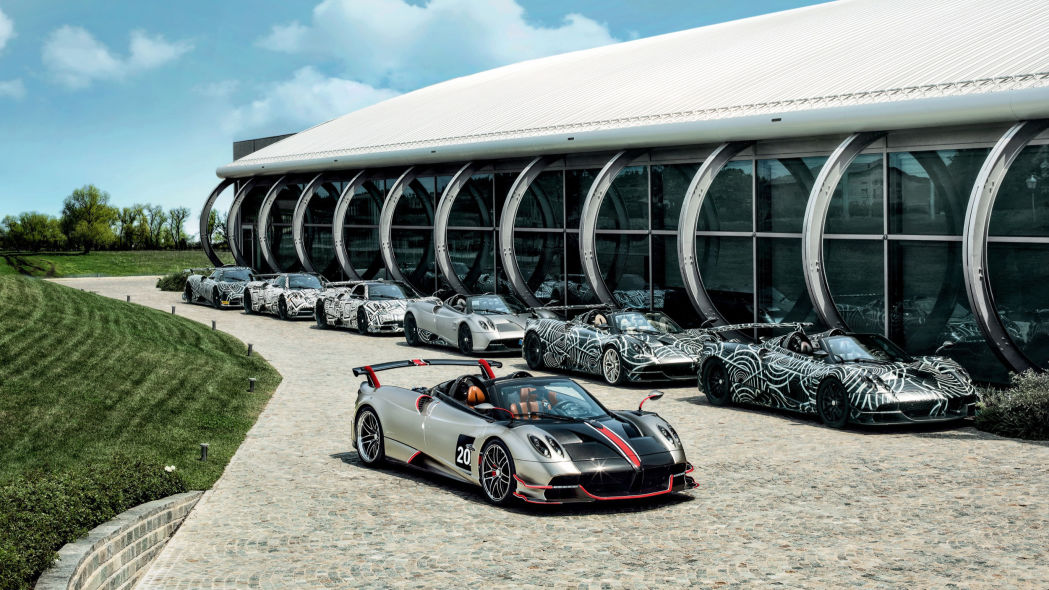 Pagani has had a long and storied history with its various sports cars. The Ítalo-Argentinian automaker is also known for its carbon fibre components, which essentially allow a car to weigh much less while adding a layer of sleek and class to its design. Pagani only has two car models in its portfolio — the Zando and the Huayra. The car in question is the Pagani Huayra Roadster BC, a monster in its own right and the latest variation from the critically-acclaimed automaker.

2017 to 2019 was also the same time the Pagani Huayra BC came into place and with it, Pagani’s most exclusive sports car to date. The track-focused Huayra BC first made its debut at the 2016 Geneva Motor Show and now, it will be usurped by the Pagani Huayra Roadster BC. While many would consider this to just be a facelift, it is arguably more than that.

The biggest upgrade for the Pagani Huayra Roadster BC is the inclusion of a 6.0-litre twin-turbocharged AMG V12 engine. This produces 789hp from the get-go as well as 774Nm of torque, all of which is sent to the rear-wheel drive through the Pagani XTrac transverse automatic transmission with an electro-mechanical differential.

To handle this sort of speed and power, the bodywork and stabilising system has been completely reworked. This allows the hypercar to generate 1,102 pounds of downforce when travelling at 280kph. At the very tail-end of the Pagani Huayra Roadster BC sits a new titanium six-pipe exhaust setup. This upgrade also features Brembo carbon-ceramic brakes as well as forged aluminium allow wheels dressed with Pirelli Zero Trofeo R tyres.

As for the interior, Pagani still keeps things sleek yet classy with a beautiful mesh of elegant, fine leather alongside intricate usage of aluminium. You will not find a cockpit quite like the Pagani Huayra Roadster BC, that is for sure. As there are only 40 units made worldwide, getting your hands on one will be tricky especially given its US$3.5 million price tag.

Supercar Hypercar Pagani pagani huayra roadster bc
Wi-Liam Teh
Senior Writer
Wi-Liam is a geek at heart with a penchant for tattoos. Never without a drink in hand (preferably whisky, gin, or Guinness), he is also a writer by day and a keyboard warrior by night. On his day off, he masquerades as a streetwear and sneakerhead enthusiast while his bank account says otherwise.
Tech Cars Watches Entertainment Food Drinks