Car enthusiasts are spoiled for choice these days with different types of cars to choose from. Sedans, hatchbacks, SUVs, and coupes are just some of the popular types that you will find on the roads. There are also different variations of said types, whether it’s with two or four doors. With that said, 4-door coupes are having a resurgence with many people vying for such vehicles that are built for both comfort and speed.

4-door coupes encapsulate the best of both worlds, giving you the speed that coupes are known for with the body of a modern-day sedan. However, don’t let its elongated shape fool you as many coupes are known to carry some serious horsepower.

Intercontinental car makers pride themselves on packing its 4-door coupes with enough power to burn rubber while still ensuring the passengers are comfortable throughout the entire journey. These coupes are sometimes known as the modern-day limousine cars, which are usually chauffeur-driven.

What’s great about these coupes is its ability to act as both a weekday and weekend car. This allows you to actually save space and money on having to splash on another vehicle when you have one that can do both. Be sure to scroll down to see which 4-door coupes do you fancy taking for a spin.

Gear
Luxury motorcycles to take with you on your next adventure 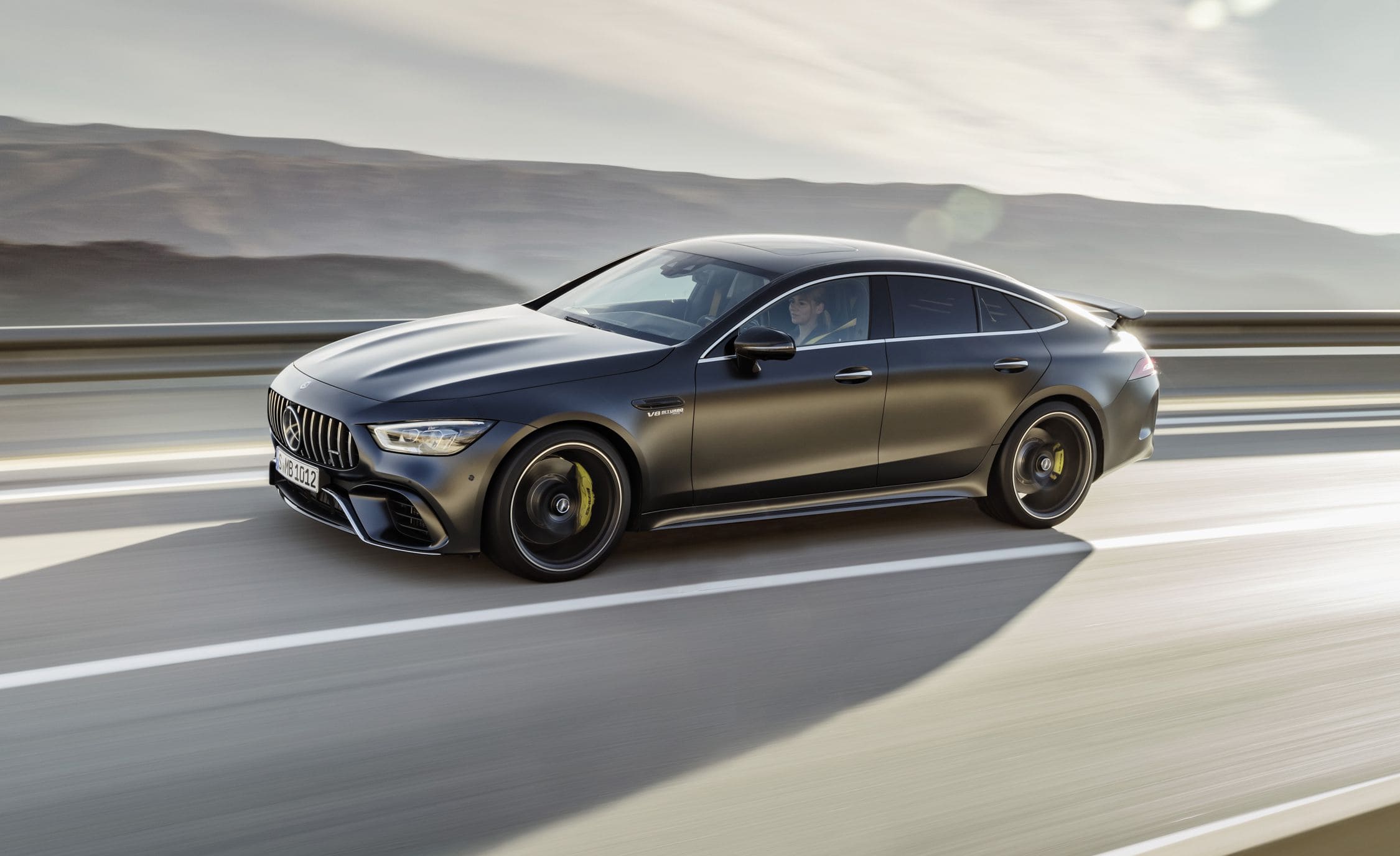 Mercedes-Benz knows a thing or two when it comes to its 4-door coupes. When paired with its performance arm known as AMG, greatness is to be expected in the form of the Mercedes-AMG GT 4-door Coupe. At its core lies the same V8 biturbo engine that resides in the Mercedes-AMG GT C, putting out a total of 639hp. It goes from 0-100kph in just 3.2 seconds with a top speed of 315kph, making it a beast to deal with. The car also comes with a new driving mode known as Drift Mode, allowing for a new level of driving manoeuvres. As with every modern-day Mercedes car, the Mercedes-AMG GT 4-door Coupe comes with all the trimmings with its complete infotainment system. 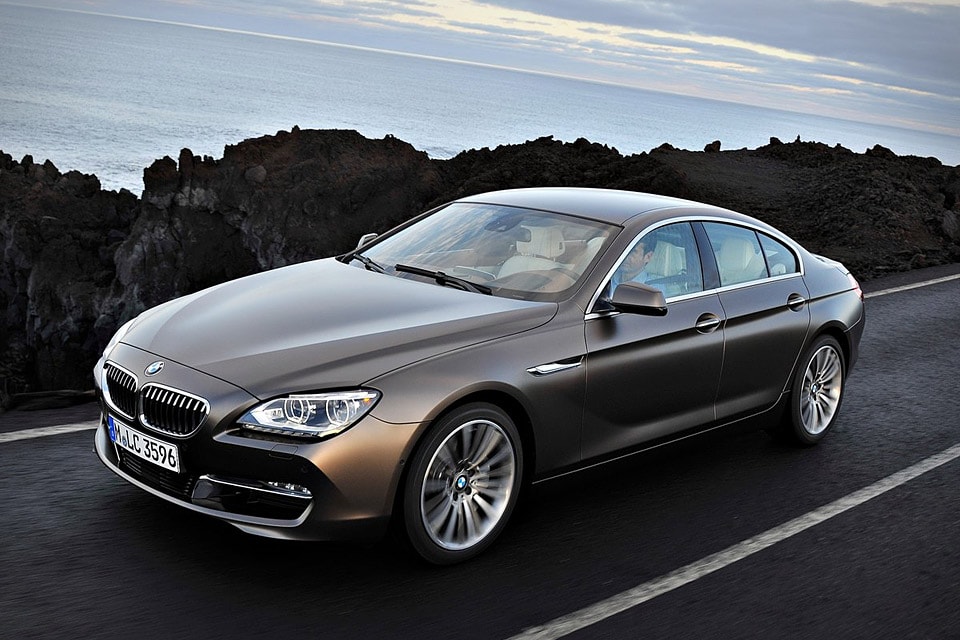 With every BMW Series of cars, some will carry a Gran Coupe edition. It was present in the 4 Series and its also present in the 6 Series in the form of the 6 Series Gran Coupe. This car is also the testament to how far BMW has come, being the first 4-door coupe in its storied history. At its core lies the V8 BMW TwinPower Turbo engine, generating 445hp of power and capable of going from 0-100kph in only 4.3 seconds. There is also an M Sports Edition for the 6 Series Gran Coupe, which increases the top speed of the car as well as featuring precision-engineered aerodynamics and even an M Sport suspension system. 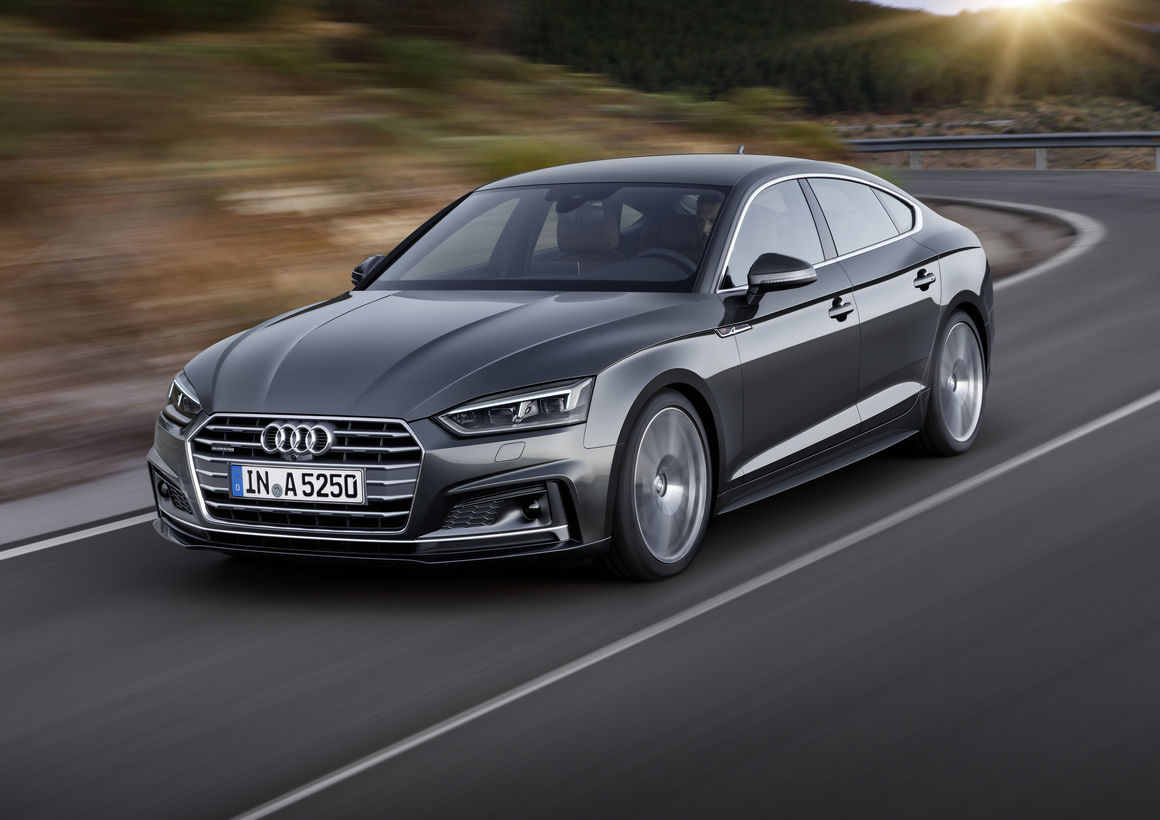 Audi is no pushover when it comes to the list German luxury automakers with its vehicles constantly being featured in various big screen movies, especially when related to the Marvel Cinematic Universe. While none featured in the movies were a 4-door coupe, the Audi A5 Sportback is the closest thing to it. It features an avant-garde look coupled with the interior of a saloon car, giving you the best of both worlds. The A5 Sportback also houses the sport TSFI quattro S Tronic engine with 252hp, which has a top speed of 250kph and goes from 0-100kph in 6 seconds. Not too shabby for a 4-door sedan at all.

Aston Martin is considered to be the pinnacle amongst luxury British automakers and the Aston Martin Rapide S just about sums it up perfectly. It’s touted as a luxury 4-door coupe, bridging the gap between luxury and performance. It is also the only 4-door coupe to carry a V12 engine, something that Aston Martin prides itself on. It has 552hp and 630Nm of torque, allowing you to go from 0-100kph in only 4.4 seconds. It also has a top speed of 327kph, making it one of the fastest on the list. In terms of design, the Rapide S screams elegance all the way from its exterior to the interior with plush leather seating and an intricate craftsmanship — resulting in a waterfall fascia design on the centre console. The Tesla Model S is the only fully electric vehicle (EV) on this list and it is a stark contrast to the various luxury vehicles. It does carry a similar design language to the others with its sporty yet elegant design drawing eyes from the first glance. The Tesla Model S is unlike any other 4-door coupe as it utilises a dual-motor all-wheel drive system with a long range battery to boot. This allows the car to hit 100kph in only 2.4 seconds as well as having a top speed of 262kph. What makes the Tesla Model S such a sought-after car is its performance capabilities with a low centre of gravity coupled with its all-wheel drive system. This ensures that traction control and torque is controlled at every wheel.

Mercedes-Benz BMW Aston Martin Audi Tesla Coupe 4-door coupe
Wi-Liam Teh
Senior Writer
Wi-Liam is a geek at heart with a penchant for tattoos. Never without a drink in hand (preferably whisky, gin, or Guinness), he is also a writer by day and a keyboard warrior by night. On his day off, he masquerades as a streetwear and sneakerhead enthusiast while his bank account says otherwise.
Tech Cars Watches Entertainment Food Drinks