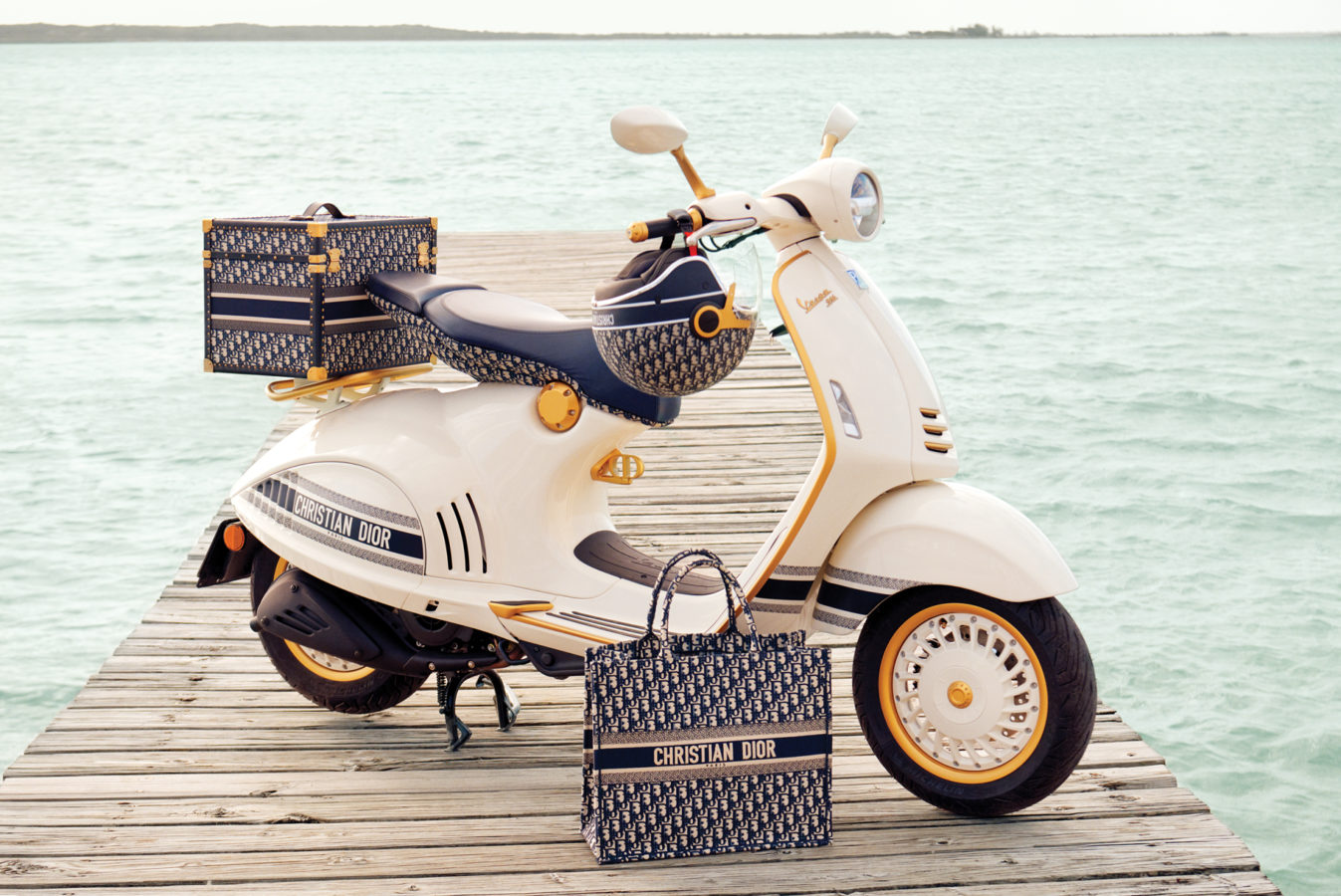 How chic would it be to be seen in town with this Dior and Vespa scooter collaboration?

Dior has announced a partnership with Vespa for the design of a luxury scooter and a line of matching accessories. The branded limited edition, which will go on sale in Spring 2021, will initially be available from Dior boutiques in several countries, and thereafter in selected Piaggio group Motoplex stores.