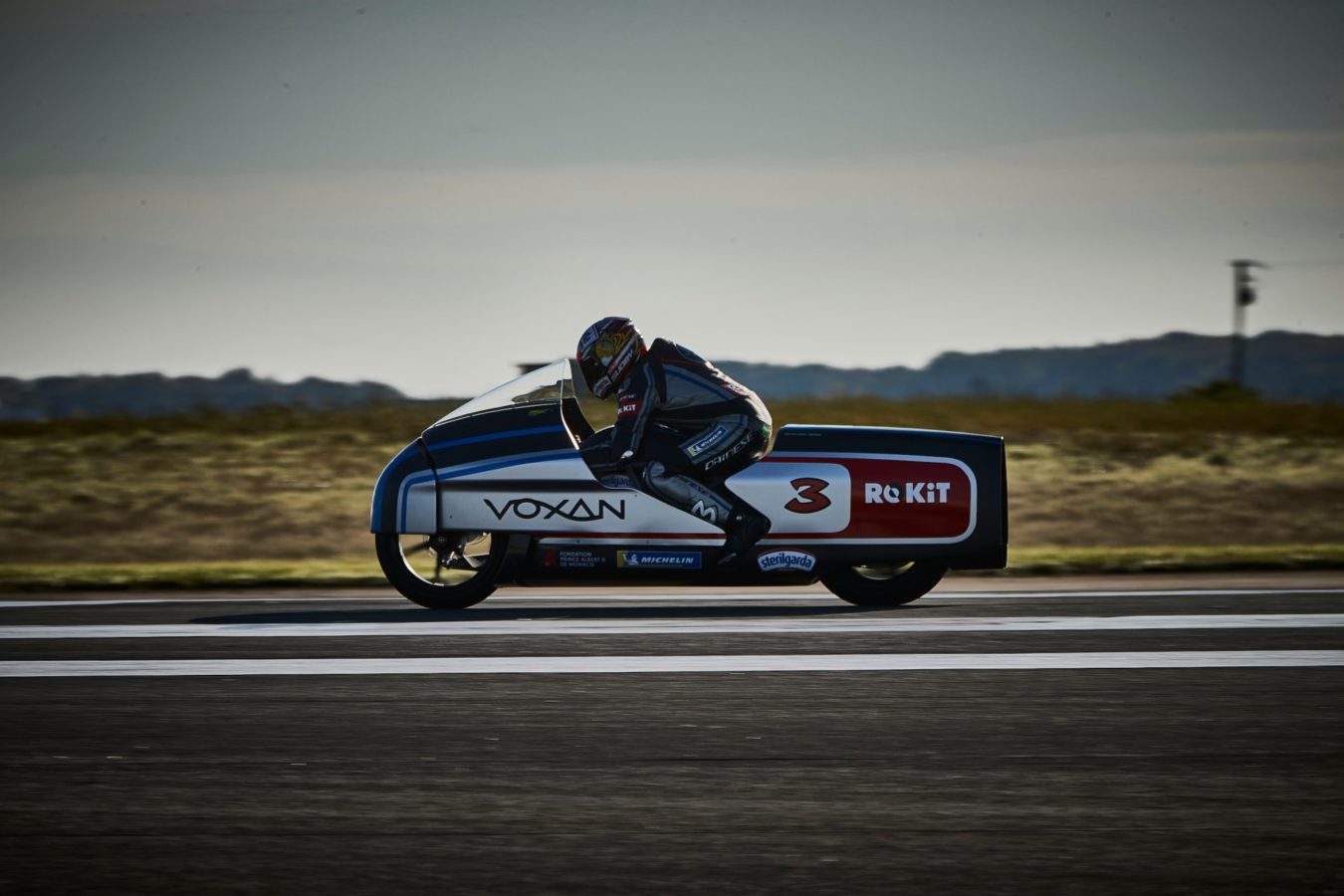 It may be electric, but it can go fast.

The Voxan Wattman is now officially the world’s fastest electric motorcycle. Ridden by former champion Max Biaggi, the Monégasque motorbike set no less than 11 new records on the track at France’s Châteauroux airport, momentarily reaching a speed of 408 km/h (254 mph).

Speed records set by the Voxan Wattman include a new record for the “partially streamlined electric motorcycle over 300 kilos” class, at 366.94 km/h (228.05 mph), shaving over 30 km/h off the previous record. In line with International Motorcycling Federation (FIM: Fédération internationale motocycliste) rules, this speed was measured from a flying start over one mile in opposite directions, within a period of two hours. It’s therefore an average speed, but the Wattman momentarily hit 408 km/h (254 mph)! The next objective is to aim for an average speed close to 400 km/h (249 mph).

Unveiled at the 2013 Paris Motorcycle Show, the Wattman ultimately failed to find its audience among bikers, and Voxan went into liquidation in 2015. While the manufacturer is no more, Venturi, the brand’s last owner,  hopes to revive it through this record attempt.