As far as consumer technology goes, TVs have come a long way since the days of chunky CRT monitors. These days, TVs as we know it has gone through an extensive transformation. With the likes of the yearly Consumer Electronics Show, we get a glimpse of just how TVs have evolved since its inception. Modern-day technology now allows us to have large widescreen TVs in our own living space, some of which will rival a home theatre system.

But this goes just beyond size because as many would know by now, size isn’t everything. Most of these large widescreen TVs come with a host of features and applications, which essentially makes it a smart TV as well. But that isn’t all; the hardware and software within said TVs are what make or break it.

Picture quality is also another aspect of just how far technology within TVs has come. It’s not unusual to see TVs carrying 4K resolution displays as well as 8K, which is currently being rolled out for the near future. Large widescreen TVs are now at the pinnacle of the consumer electronics industry, and it can only go higher from here.

If you’re looking to upgrade on your current TV, scroll down to check out the top five large widescreen TVs that are or will be available in the near future. When it comes to a large widescreen TV, no one would’ve suspected it to be as large as 219-inches. Of course, that isn’t surprising seeing as Samsung is the one behind the idea. With its smartphones already being dubbed as the greatest Android devices in the world, The Wall is just its latest concept piece that made its debut during CES 2019. What’s great about this behemoth is that it is made up of multiple panels while also sporting microLED, which is Samsung’s latest display technology. As it already dwarves its predecessor (which stands at 146-inches), The Wall is a modular TV, which means it can be expanded or downsized, depending on the situation. Its bezel-less display allows it to be more than just a conventional large widescreen TV; The Wall can also be used to display works of art when turned off, just one of the many features Samsung is proud of. Just when you thought LG is done after blowing your minds with its rollable 65-inch OLED TV R, it comes back bigger and better with the Z9 88-inch 8K OLED TV. This would be the brand’s first breakthrough into 8K resolution TVs and it comes out swinging. It also doubles as a smart TV backed by LG’s proprietary ThinQ artificial intelligence. It also comes with Google Assistant as well as Amazon Alexa support for good measure. There is also a heap of Dolby support in the form of Dolby Atmos for audio and Dolby Vision for visuals. It’s safe to say that this is LG’s top-of-the-line range of TVs that will be available in the near future.

Sony can be considered one of the OGs when it comes to luxury TVs as it has been around for quite some time now, especially in the consumer electronics sector with its home theatre and audio systems making up the rear. The latest and greatest to come out from the Japanese giant is from its Master Series range of TVs. The Z9G is the crown jewel, taking home the “Best of CES” award earlier this year and with good reason. At the forefront, it comes with 8K resolution technology but there are plenty more held within. Other features include a voice-powered remote control, Google Chromecast built-in, and even Bluetooth. There is also a Netflix calibrated mode, which allows the TV to display studio-quality imagery. 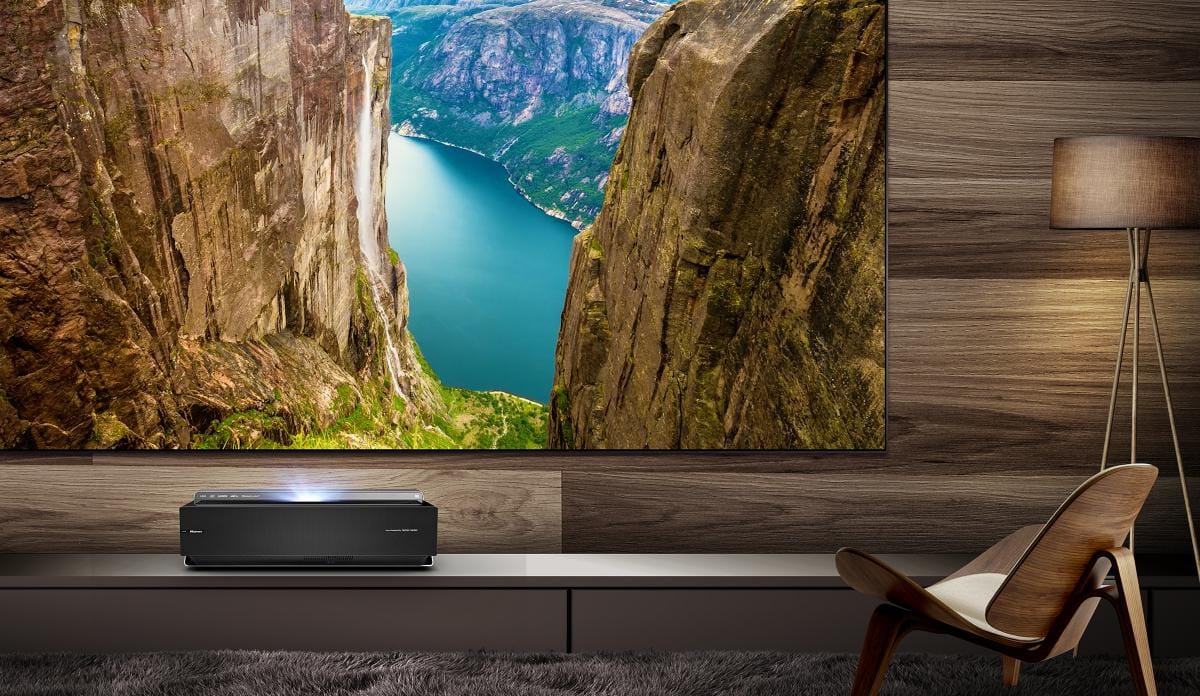 Hisense is the first Chinese manufacturer on this list and it has steadily made a name for itself in the consumer electronics market. The Hisense L10 series is one of its flagship series and the 120-inch L10 4K ultra HD TV is at the top of the food chain. It comes with a wide colour gamut, which promises a cinema-like quality in terms of picture. High-dynamic range (HDR) is also available on the L10 as well as ultra HD (UHD) upscaler, which will bring high definition (HD) and full high definition (FHD) content closer to 4K quality. Aside from the built-in Harmon Kardon speakers with a wireless subwoofer, the TVs is bursting with applications already pre-installed like Netflix. The display also features DLP technology, giving you clearer and smoother images in fast-moving scenes from action movies as well as live time sports channels. The Q900 also features Samsung’s very own QLED technology, which stands for quantum-dot LED. It promises true-to-life 8K HDR picture quality, AI-powered intelligence upscaling, as well as a quantum 8K processor, which allows the TV to perform exceptionally well no matter what you throw at it (figuratively, of course). Due to its intelligence, the Q900 will be able to adapt to every scene being played on its display by constantly changing the picture brightness and sound to match the conditions of the room. Samsung’s AI assistant Bixby is also present in the TV alongside other smarthome speakers.

Samsung LG Sony TVs large widescreen TVs hisense
Wi-Liam Teh
Senior Writer
Wi-Liam is a geek at heart with a penchant for tattoos. Never without a drink in hand (preferably whisky, gin, or Guinness), he is also a writer by day and a keyboard warrior by night. On his day off, he masquerades as a streetwear and sneakerhead enthusiast while his bank account says otherwise.
Tech Cars Watches Entertainment Food Drinks