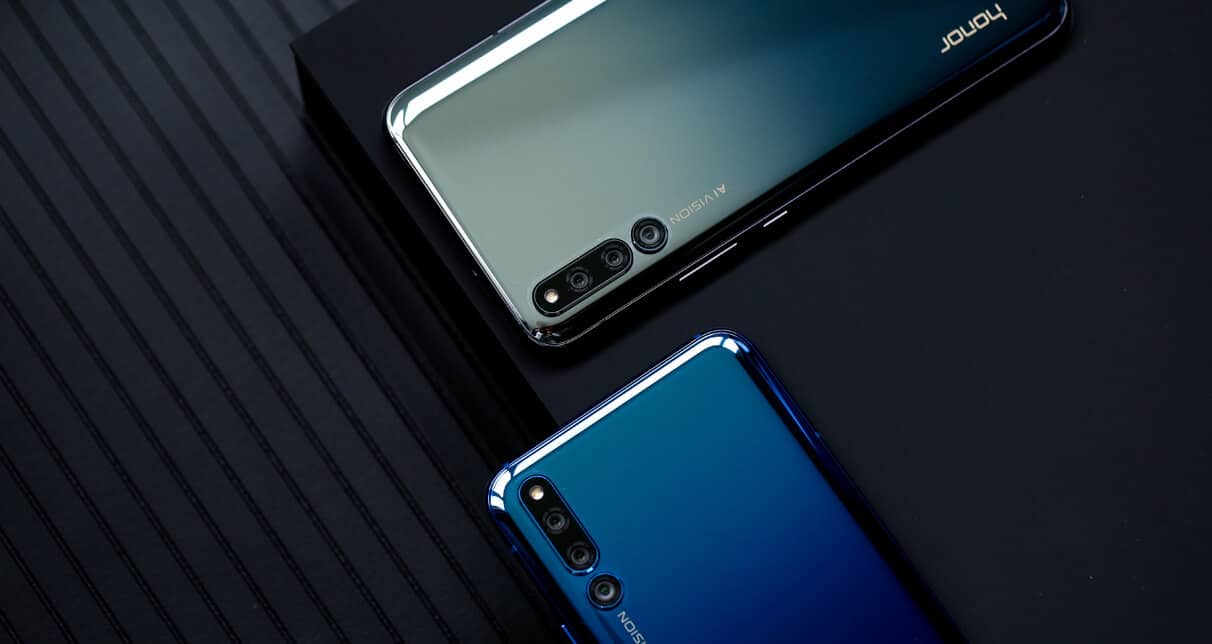 Gear
5 of the best smartphones under RM3,000
Share this article
Next article

The smartphone price war has been going on for years. Whether it’s from the likes of Apple or Samsung, smartphone companies have found that there is a market for smartphones with an exorbitant price tag. But what about the rest of us who are not willing to part ways with our hard-earned salaries just for a brand new smartphone?

Thankfully for Google’s very own mobile operating system Android, it allows multiple smartphone companies to utilise the Android OS to how they see fit. This means that no more than one brand will have the same user interface of the Android OS. Of course, this has since opened the doors for many Chinese smartphone manufacturers to saturate the smartphone industry by creating competition.

The likes of Huawei, Oppo, Vivo, and even Xiaomi have redefined what it means to own a smartphone that doesn’t cost an arm and a leg. What makes Chinese smartphones so dominant these days is more than just its price point; it has somehow managed to get the best out of its components without needing a price hike.

While not many would not prefer these affordable smartphones, take a second gander especially when it has plenty of value to its price. (Featured & Hero Image: Honor)

Gear
Everything you need to know about 5G connectivity 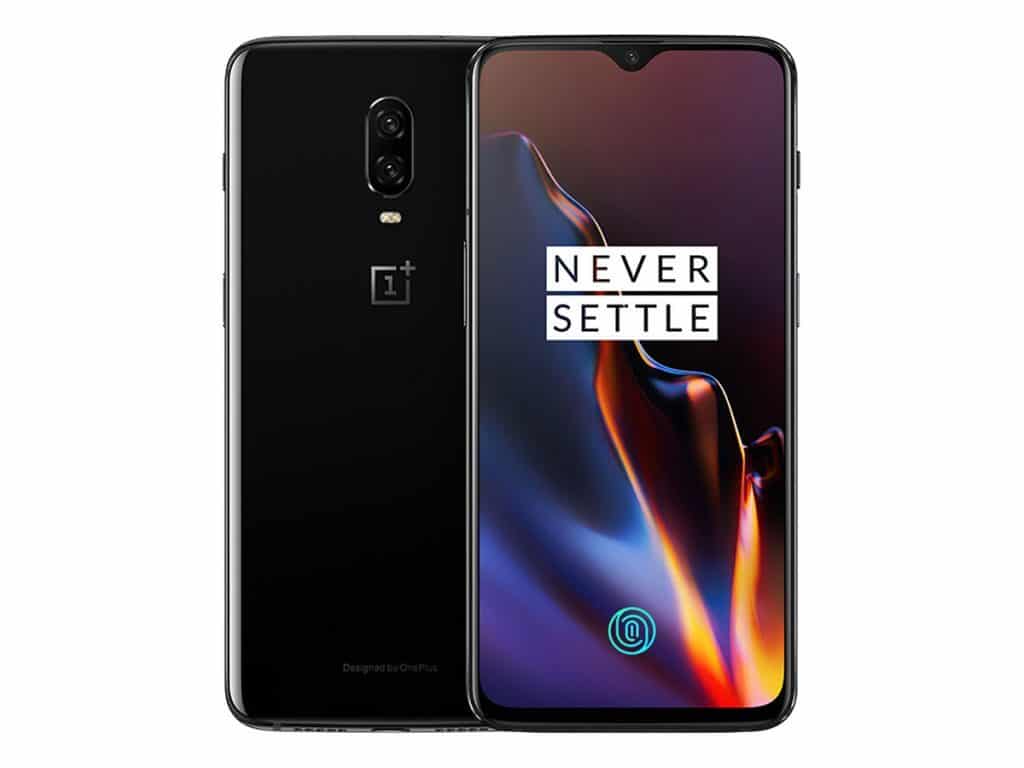 OnePlus is a brand only ardent fanatics would know about. It’s known as the ‘flagship killer’ and rightfully so, given its impressive specs coupled with an affordable price point. The OnePlus 6T is the company’s latest flagship device, starting from RM2,588 and can go as high as RM3,188. All this is dependent on your choice of memory (RAM) and storage space, which varies between 6GB/8GB and 128GB/256GB. OnePlus is known to not feature an external microSD slot so it relies heavily on providing ample storage space. Other notable features include an in-display fingerprint sensor, a tear-drop notch, as well as a dual-camera setup at the rear. 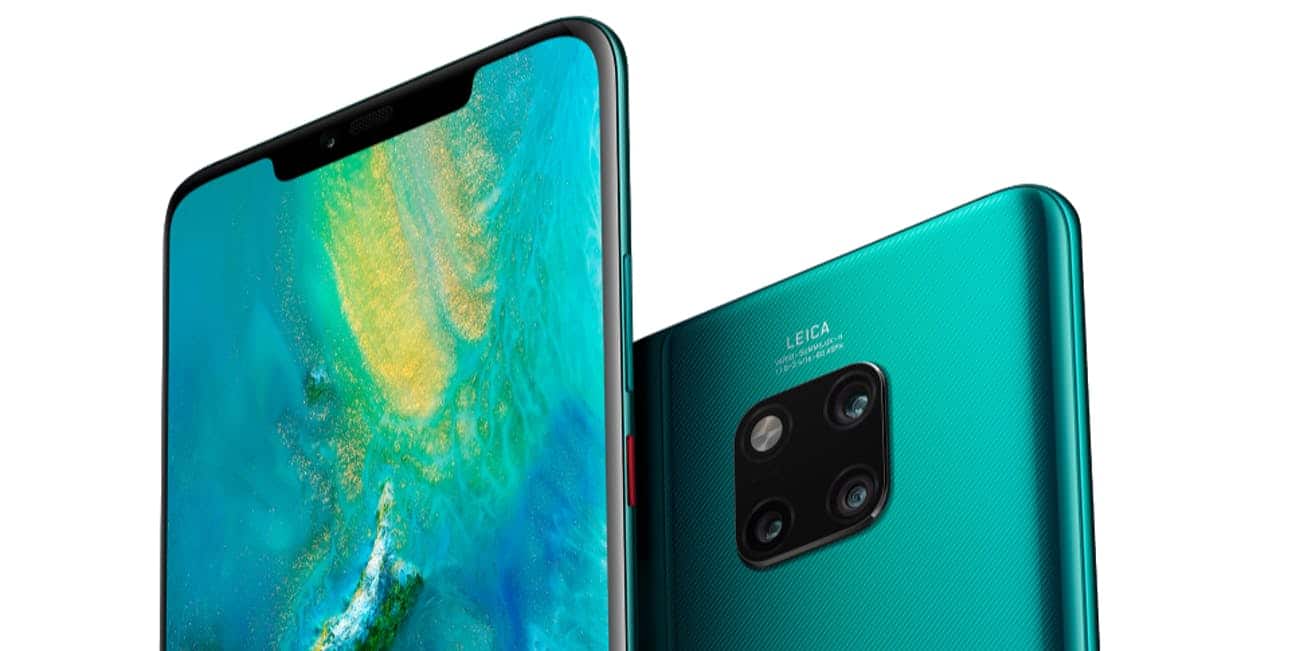 [inline-shopcard price=”RM2,999″ title=”Huawei Mate 20 Pro” bg=”” link=”https://shop.huawei.com/my/product/18060846840319.html?utm_source=huawei_cbg&utm_medium=referral”]Thanks to Huawei, you now don’t have to pay top dollar for a flagship smartphone. The Huawei Mate series is the brand’s more popular flagship range of devices, right before its P series. As of right now, the Huawei Mate 20 Pro is available from RM2,999 for its 6GB/128GB variant. What makes the Mate 20 Pro stand out from previous Huawei devices is its triple camera array, which includes a whopping 40MP main shooter. It’s aided by a 20MP ultra-wide-angle lens as well as an 8MP telephoto lens for good measure. If you needed anymore convincing, the camera setup is co-engineered with Leica. 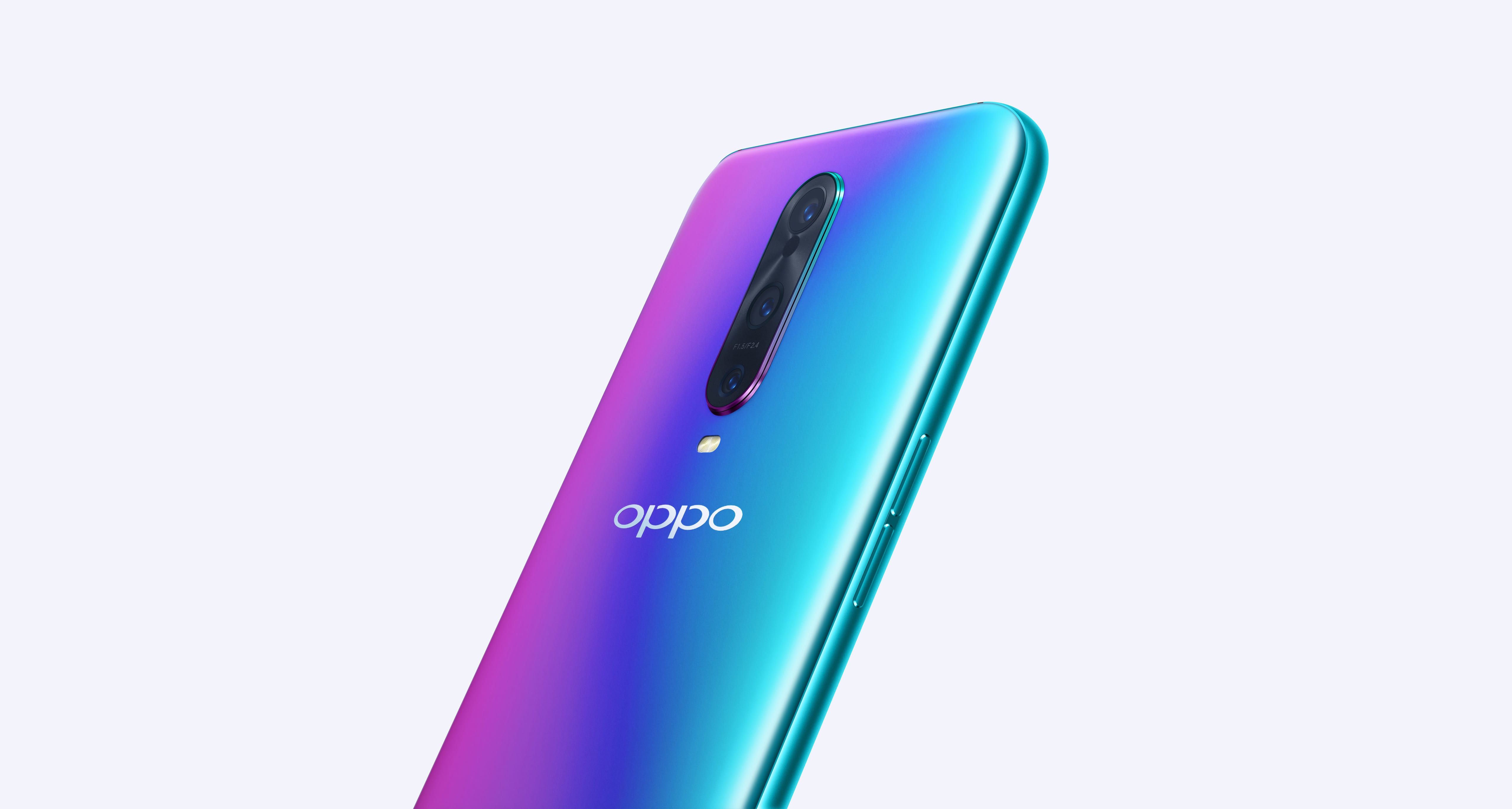 [inline-shopcard price=”RM2,699″ title=”Oppo R17 Pro” bg=”” link=”https://www.oppo.com.my/products/R17-Pro/5″]Oppo is an upcoming brand in the market, known for its inexpensive devices with plenty to offer. The Oppo R17 Pro is its latest flagship device to date, priced at RM2,699. What gives the R17 Pro great value for money is its camera as Oppo touts it to be beast with its Night Mode capabilities. The R17 Pro also comes with optical image stabilisation (OIS), a feature not commonly found in smartphones. There is also a smart aperture system for assistance, allowing you to switch between F1.5/F2.4 aperture. This allows the lens to reduce in size the moment there’s more lighting in your shot and vice versa. 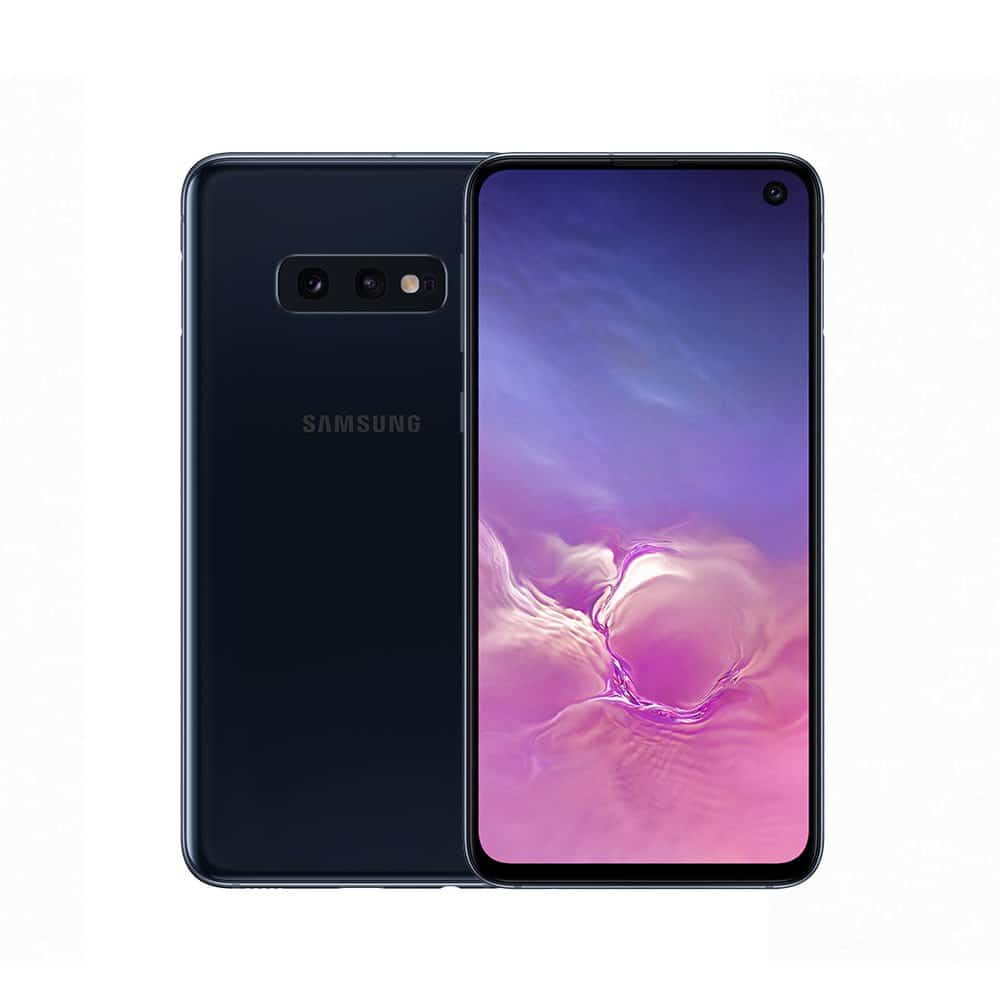 [inline-shopcard price=”RM2,699″ title=”Samsung Galaxy S10e” bg=”” link=”https://www.samsung.com/my/smartphones/galaxy-s10/?cid=MY_Paid_SEM_GS_BEYOND_LC_Beyond-Brand_TXT_OTH-ALL-NA-NA-CROSS-GEN_NONE_20190221_NA_I_02_NA_%2Bsamsung%20%2Bgalaxy%20%2Bs10e_IM_SMART_22175952_238055190_0_66374359894_Beyond-S10e&gclid=CjwKCAiA_P3jBRAqEiwAZyWWaJ1_f4q6DbYdwhnZKNqE06qygwkBx61_wMgvvqSuBEyTGo9b5Tf08hoC8WUQAvD_BwE&gclsrc=aw.ds”]Don’t mistake the Samsung Galaxy S10e for its larger siblings, the Galaxy S10 and Galaxy S10 Plus. The ‘e’ in its name stands for ‘essential’, which means it carries almost everything you can find in the other variants at a lower price. However, Samsung has ensured that you still get the most out of the device without any compromises. At RM2,699, you can still enjoy a dual-camera setup at the rear whilst on the front sits a slightly smaller 5.8-inch Samsung AMOLED display. The front-facing camera also takes up less space as compared to its siblings with a single lens on the top right corner, which gives the ‘Infinity-O’ display its name. The one considerable downside to the Galaxy S10e is that it is without the in-display fingerprint sensor. 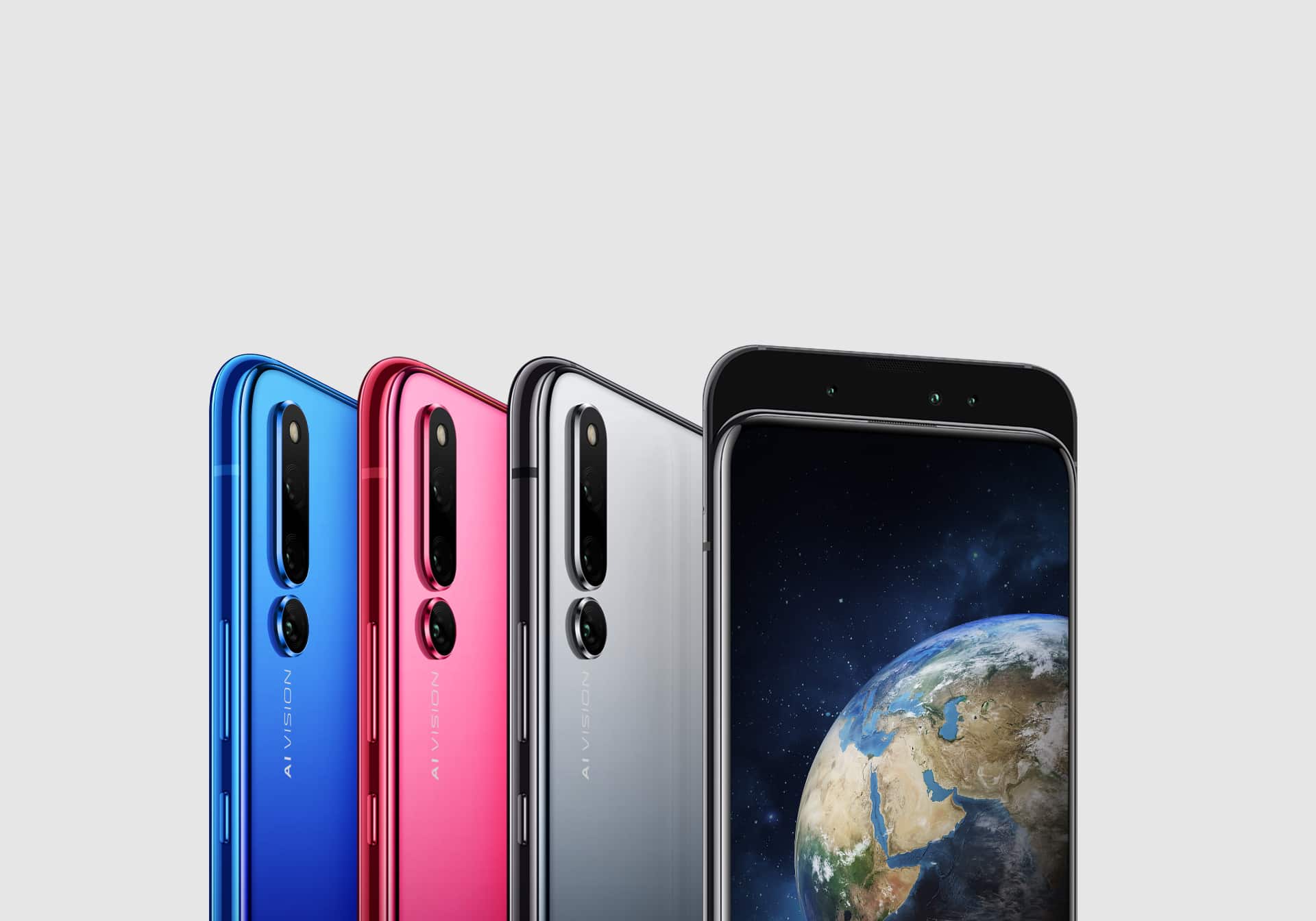 [inline-shopcard price=”RM2,299″ title=”Honor Magic 2″ bg=”” link=”https://www.hihonor.com/global/products/smartphone/honormagic2/”]If you thought you wouldn’t be getting technological innovation at an affordable price point, Honor proves you otherwise with its Magic 2 smartphone. At only RM2,299, the Honor Magic 2 packs itself with plenty of unique features. One of it is its FullView display, which has no large bezels or even a notch for that matter. But that doesn’t mean the Honor Magic 2 doesn’t have a front-facing camera; a simple slide of the device and it will bring up its front-facing triple camera setup, much like what it has on the rear as well. It also features an in-display fingerprint sensor, ensuring that the exterior of the device is streamlined to perfection.

smartphones huawei mate 20 pro honor magic 2 oneplus 6t oppo r17 pro samsung galaxy s10e
Wi-Liam Teh
Senior Writer
Wi-Liam is a geek at heart with a penchant for tattoos. Never without a drink in hand (preferably whisky, gin, or Guinness), he is also a writer by day and a keyboard warrior by night. On his day off, he masquerades as a streetwear and sneakerhead enthusiast while his bank account says otherwise.
Tech Cars Watches Entertainment Food Drinks