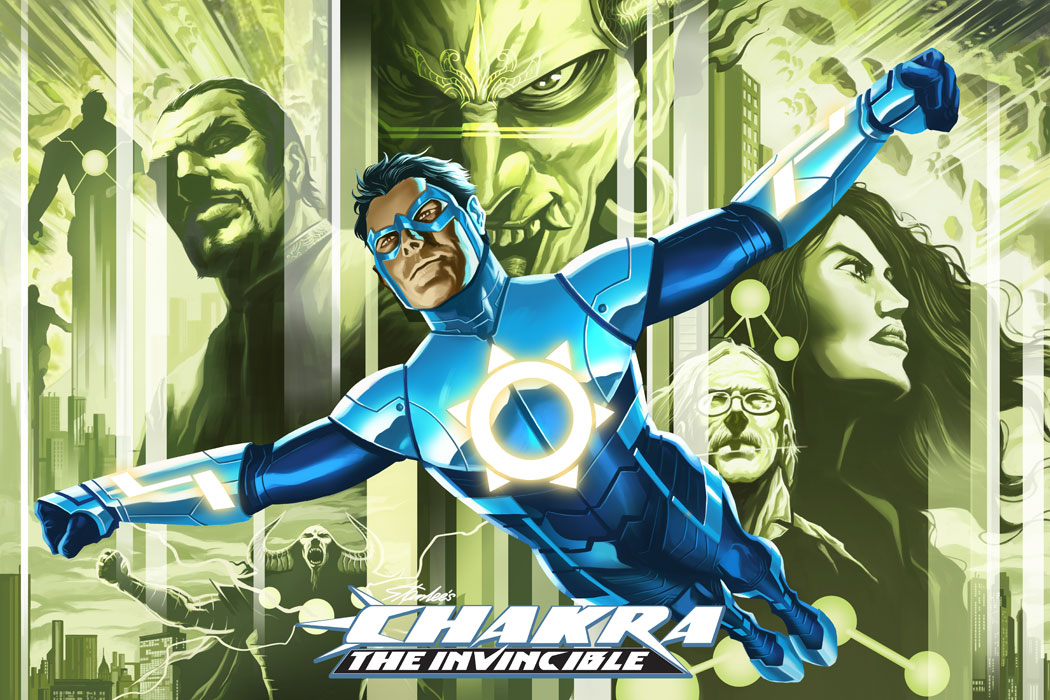 The late Spider-Man creator Stan Lee’s Indian superhero, Chakra The Invincible, will get an NFT (non-fungible token) to its name. The Chakraverse limited-edition NFT collection will be released on what would have been Lee’s 99th birth anniversary.

Part of the collection will be 7,000 unique generative Chakraverse art pieces besides the original high-end animation gallery pieces and Lee’s first Chakra The Invincible graphic novel.

The collection will be auctioned from 27 to 29 December via a dedicated website — www.Chakraverse.io.

Who is Chakra the Invincible?

Co-created by Lee, with Sharad Devarajan and Gotham Chopra, Chakra The Invincible is a superhero from India who lives as a young student named Raju Rai in Mumbai. He gains his powers, thanks to a specially designed suit, which unlocks the mystical chakras of his body.

Lee on Chakra and Indian culture

Commenting on Chakra in 2012, Lee had said, “I have always been fascinated by Indian culture. It’s so philosophical and rich in tradition and morality. I’ve written countless superheroes of every nationality and every part of the world before, I’ve even created many heroes from other planets and galaxies, but Chakra The Invincible is the first superhero I am creating specifically for the Indian market.”

Co-creator Devarajan on Chakra NFT and the collaboration

“The opportunity to now offer digital NFT ownership of the graphic novel and allow Stan’s many fans to share in ownership of this new Chakraverse collection of art, will hopefully build a new community of NFT owners across the world,” said Devarajan.

Lee’s POW! Entertainment, Devarajan’s Graphic India and tech company Orange Comet are behind the NFT collection. GuardianLink and BeyondLifeclub have collaborated with the three organisations on the Chakraverse.

NFTs taking the world by storm

Though in existence for quite some time, NFTs suddenly became hot property on the market this year, thanks to a slew of prominent auctions and buyers. In March, an NFT-based artwork by Mike Winkelmann, aka Beeple, was auctioned by Christie’s for USD 69 million, making the American one of the three most valuable living artists.

NFTs are digital images or works of art, including videos, music, collectables, GIFs and even tweets. They can be bought and sold, and their ownership is recorded on the blockchain.

blockchain stan lee NFT Chakra The Invincible
Manas Sen Gupta
Manas enjoys reading detective fiction and writing about anything that interests him. When not doing either of the two, he checks Instagram for the latest posts by travellers. Winter is his favourite season and he can happily eat a bowl of noodles any time of the day.
Travel Culture Entertainment Food