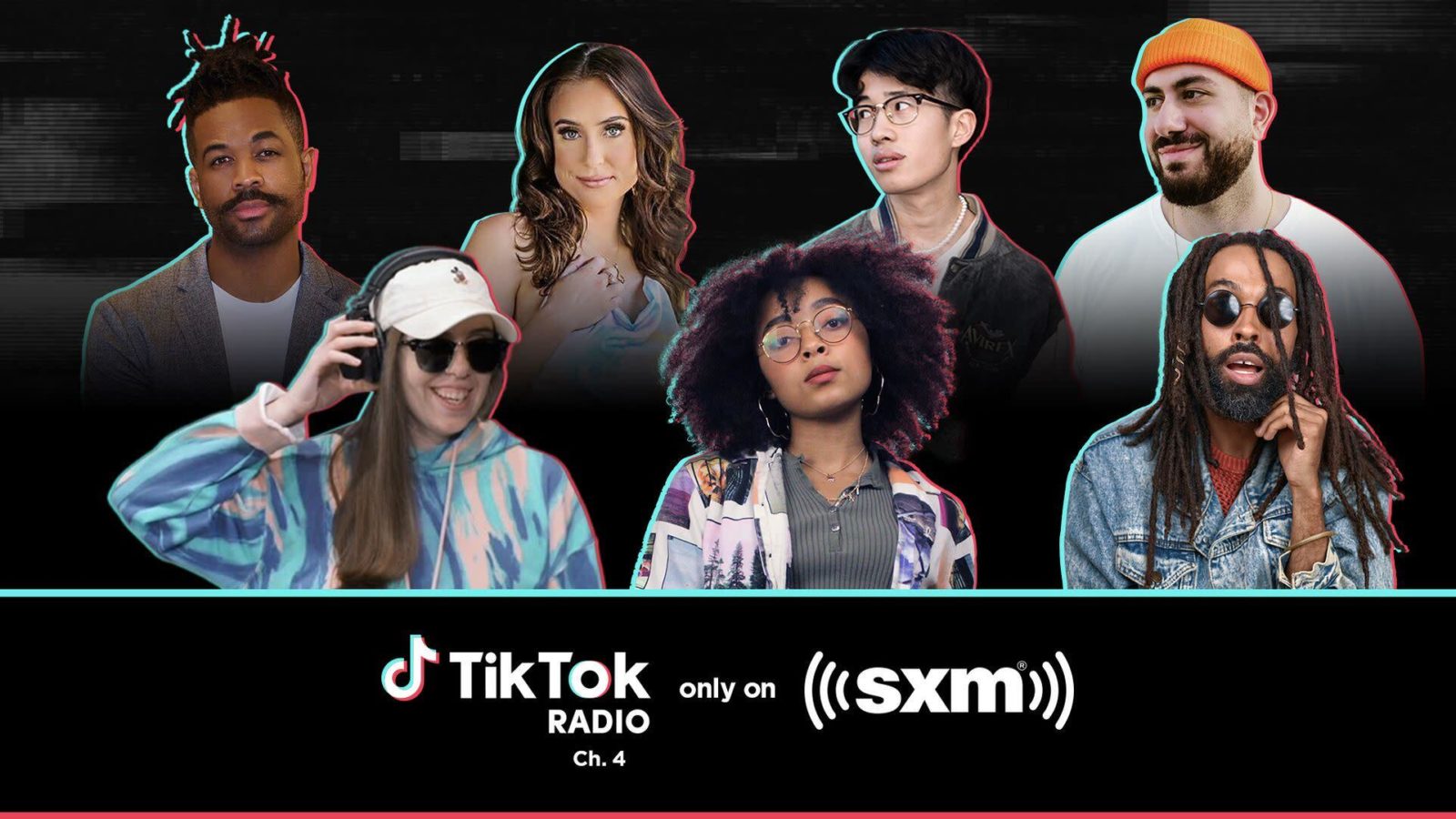 After conquering the short video format, TikTok is taking over the airwaves with the unveiling of TikTok Radio.

There’s no escaping TikTok mania… even on the radio! The Chinese social network has just announced the launch of its own radio channel on the SiriusXM streaming platform. Described as a version of the app’s “For You” feed, many creators will come to the airwaves to tell the stories behind songs that have gone viral on TikTok.

“Montero (Call Me By Your Name)” by Lil Nas X, “Inferno” by Bella Poarch, “Be Happy” by Dixie D’Amelio… These are some of the songs that have become huge hits thanks to the trending powers of the social network. While TikTok continues to demonstrate its influence in the world of music, the Chinese giant is marking a significant turning point with the launch of its own radio channel, as its official blog outlines.

Going by the name TikTok Radio, the music channel is already available on the paid streaming platform, SiriusXM, whether via the mobile application, on the web and even in vehicles, said the social network.

Ed Sheeran is on board

@siriusxm🥁 Introducing @tiktok Radio!🥁 Hosted by your favorite creators & featuring your favorite trending songs. Check out #TikTokRadio, only on SiriusXM.🙌

TikTok Radio will function along the same lines as the “For you” feed on the app, which features diverse and trending videos on the platform, the company said. Not surprisingly, the station will play the most popular songs on the app. Several creators have already been announced as hosts on the TikTok channel. For now, the social network has mentioned TikTokers 8illy (@8illy), Cat Haley (@itscathaley), Hindzsight (@hindzsight), Lamar Dawson (@dirrtykingofpop), and Taylor Cassidy (@taylorcassidyj). They will be presenting music and revealing the stories behind the trends on the platform.

Without going into details for the moment, TikTok revealed that the most prolific creators of the platform will also take turns on TikTok Radio with the help of Bella Poarch, Lil Nas X, Dixie D’Amelio and even Ed Sheeran. The British singer recently set a live performance record on the social network. Alex Warren, Ashnikko, Dillon Francis, Just Stef, JXDN, Loren Gray, Noah Beck, Normani, Spencer X, Tai Verdes, Walker Hayes have also been cited while the application has hinted that other creators could appear on air.

Live shows and a chart

On the program, listeners will be able to discover the top 10 trending songs on TikTok with “The TikTok Radio Trending Ten” every Friday at 3 pm Eastern time. Replays will be available throughout the week and at any time on the SXM app.

Another feature involving DJs sees DJ Habibeats and DJ CONST mixing viral songs from the platform, live and simultaneously on TikTok and TikTok Radio, every Friday and Saturday from 7pm Eastern time. As for the Top 10, internet users will be able to find the replay on the SXM application.

“We’re so excited to launch TikTok Radio on SiriusXM, which opens up artists and creators like this amazing group of hosts to new audiences. Now SiriusXM subscribers will have a new road to discover the latest trends in music and get a first listen to tomorrow’s musical superstars. The channel captures the song-breaking music culture that creates so much joy and entertainment on TikTok through video in an all-audio format,” noted Ole Obermann, global head of music, TikTok.

Recently, TiKTok has sought to highlight its influence in the music industry. In a survey, seventy-five percent of users said they discovered new artists through TikTok, while 67% said they were more likely to seek out those songs on streaming platforms after hearing them on TikTok.

Hero and feature images by TikTok. The story is published via AFP Relaxnews