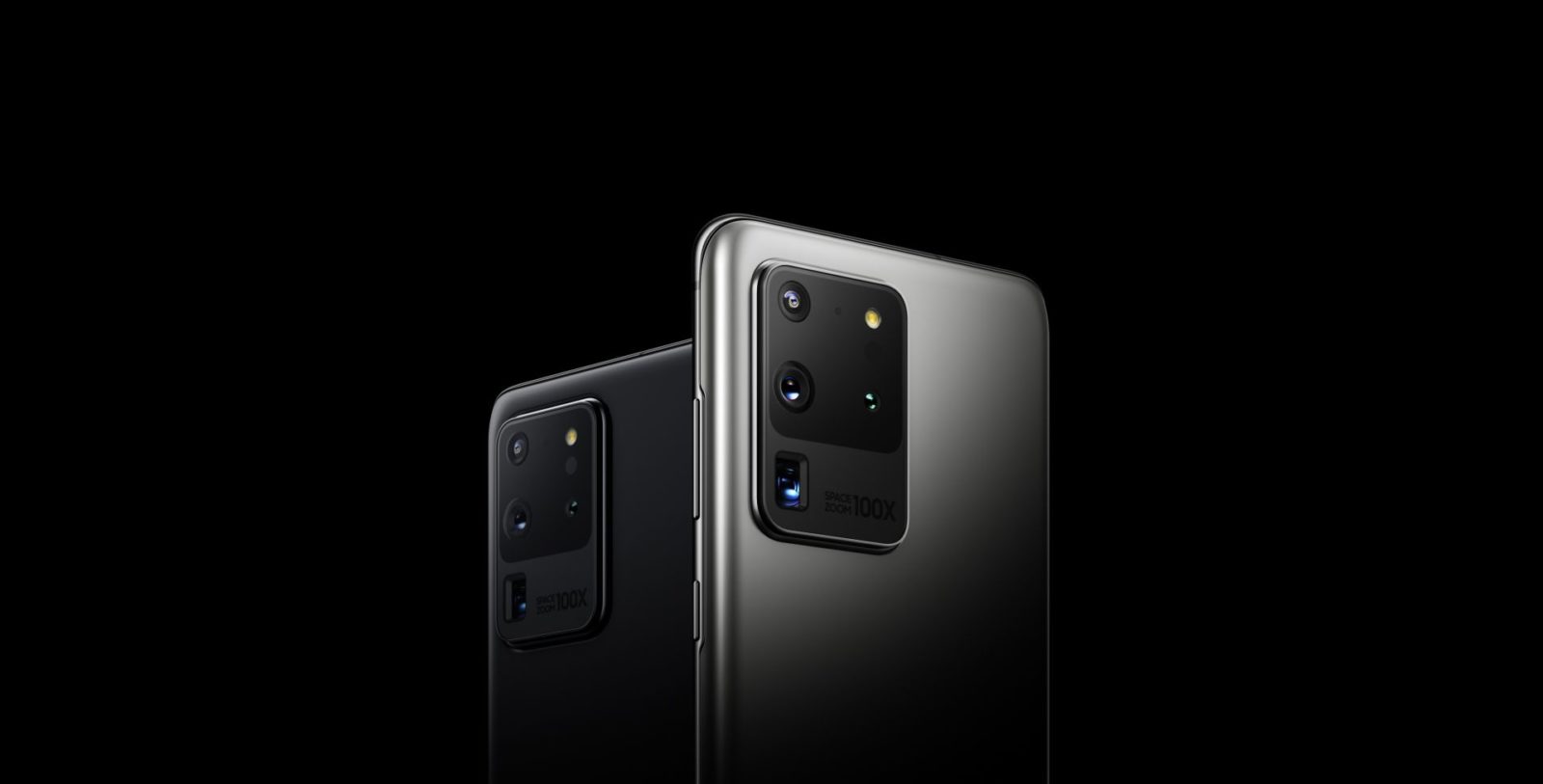 However, that’s not all that Samsung is introducing to the market. After the hype that gave us the Galaxy Fold, there’s now the Galaxy Z Flip. It’s safe to say that 2019’s trend of folding smartphones has just taken a whole new approach. Alongside that is also the all-new Galaxy Buds+, wireless earphones from Samsung.

The first of the latest series of devices is the Samsung Galaxy S20. It’s available in three distinct colourways: cosmic grey, cloud blue, and cloud pink. Being the baby of the lot, you can expect the Galaxy S20 to be significantly smaller than its siblings.

The Infinity-O display screen stands at 6.2-inches with HDR10+ certification and 120Hz display support. When you flip it over, you’ll meet the new camera layout for the Galaxy S20, carrying three camera lenses. The triple camera system features a 12MP ultra-wide, a 64MP telephoto, and a 12MP wide-angle lens. On the front rests the 10MP selfie camera.

The Galaxy S20 will have 8GB RAM with 128GB internal memory storage. This can be increased up to 1GB with microSD support. It’s 4,000mAh battery also comes with a new Fast Wireless Charging 2.0 feature.

The Samsung Galaxy S20 Plus is the mid-range of the latest flagship series. It also comes in three colourways but the Cloud Pink is replaced with a sleek and sexy Cosmic Black shade.

It’s much larger than the Galaxy S20 with its 6.7-inch Quad HD+ AMOLED Infinity-O display screen. Of course, it also comes with the same features such as HDR10+ certification and 120Hz display support. However, Galaxy S20 Plus aims to kick things up a notch with its quad-camera system. It carries the same ultra-wide-, wide-angle, and telephoto lens but also features the all-new DepthVision camera.

Other features of the Galaxy S20 Plus includes a larger 4,500mAh battery pack with the same Fast Wireless Charging 2.0 feature. It also has the same RAM capacity as well as internal memory storage with the Galaxy S20.

If you’re a firm believer that “bigger is always better”, then you’d better believe that the Samsung Galaxy S20 Ultra is in a league of its own. Sadly, there aren’t any differences in terms of colourways, even for the Galaxy S20 Ultra. It will only be available in either cosmic black or grey.

But don’t let that deter you as it is still a work of art in its own right. The device has the same display screen features as the first two, except that it measures at 6.9-inches. However, the selling point for the Galaxy S20 Ultra is its 5G capabilities, making it the first true 5G-connected smartphone in Malaysia.

The quad-camera system is also in a league of its thus far. On the front-facing camera rests the 40MP lens while the rear houses the 12MP ultra-wide, 48MP telephoto, and jaw-dropping 108MP wide-angle lens. This is coupled with a 10x hybrid optic zoom, which allows up to 100x Super-Resolution Zoom. It also has the DepthVision camera for an even greater effect.

This allows you to zoom into far away objects without losing any clarity or quality. Video shooting also receives an upgrade on the Galaxy S20 Ultra with 8K Video Snap. It precedes the current 4K video shooting and trumps it significantly. When shooting straight from 8K footage, you can still pull 33MP stills from the video, ensuring that they are in exceptional quality.

Also, with 5G connectivity, the Galaxy S20 Ultra has an upgraded capacity at 12GB RAM and 256GB internal storage. It also comes with a larger 5,000mAh battery pack with Fast Wireless Charging 2.0.

While news of the Galaxy S20 series was huge, it was the Galaxy Z Flip that almost stole the show. It features an all-new design for foldable smartphones, changing the folding line from opening like a book to opening like portable flip phones of the past. The Galaxy Z Flip also comes in a more compact design and is available in three shades: mirror purple, mirror black, and mirror gold.

The device opens up to a 6.7-inch Infinity Flex display with an immersive and dynamic AMOLED screen with great colour quality to boot. The glass on the device is made of Samsung Ultra-Thin Glass, making it the first-ever folding glass screen on a Galaxy device.

The Galaxy Z Flip is also great for selfies as it folds and holds its position at multiple angles. Now you can prop it up to stand to capture from a new perspective. Other features include 4K UHD recording, super steady OIS, an ultra-wide camera, wireless powershare, and even a cinema-grade display.

The all-new Samsung Galaxy Buds+ is the brand’s first-ever wireless earbuds with 2-way speakers. Its quality is justified with the help of AKG to deliver rich, engaging, and crystal clear audio to your ears. It makes calling easier with its 3-mic system and you’ll never have to worry about charging with its long-lasting battery.

Samsung Tech smartphones samsung galaxy s20 galaxy s20
Wi-Liam Teh
Senior Writer
Wi-Liam is a geek at heart with a penchant for tattoos. Never without a drink in hand (preferably whisky, gin, or Guinness), he is also a writer by day and a keyboard warrior by night. On his day off, he masquerades as a streetwear and sneakerhead enthusiast while his bank account says otherwise.
Tech Cars Watches Entertainment Food Drinks

Review: 6 things we liked about the Samsung Galaxy Buds Pro

This is what we know about Facebook’s venture into wearables