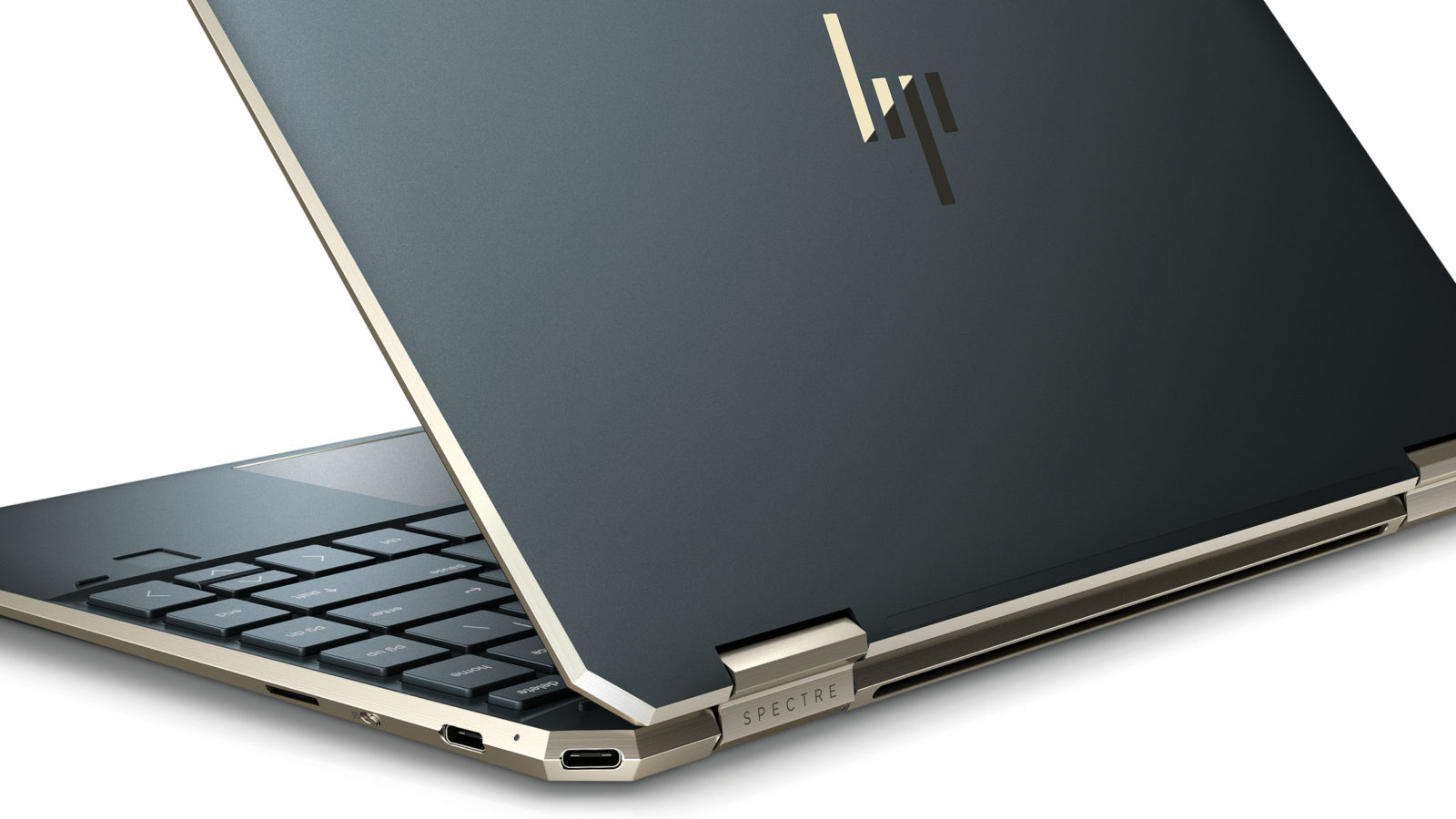 A writer’s WFH review of the HP Spectre x360 laptop powered by the Intel Evo platform.

Merely a week after assuming the role of digital content director for Lifestyle Asia KL, I am already confronted with a choice. Under normal circumstances, it would have been a straightforward nod. But now, like the rest of us in Malaysia, I am once again a prisoner of my own home. Bound by rules born out of necessities and a Covid-19 spectre, I am offered to review the HP Spectre x360 spec’d out with the latest Intel Evo, whereby laptops based on this platform are designed to keep up with today’s fast-paced lifestyle, according to Intel.

The selling point of the 11th Gen Intel Core i7-1165G7 processor with Intel Iris Xe graphics is the improved performance and efficiency. Any design featuring this processor is bound to last at least 9 hours of real-world battery life on laptops with full HD display, as well as 4 or more hours of battery life in a 30-minute charge on laptops with full HD display. 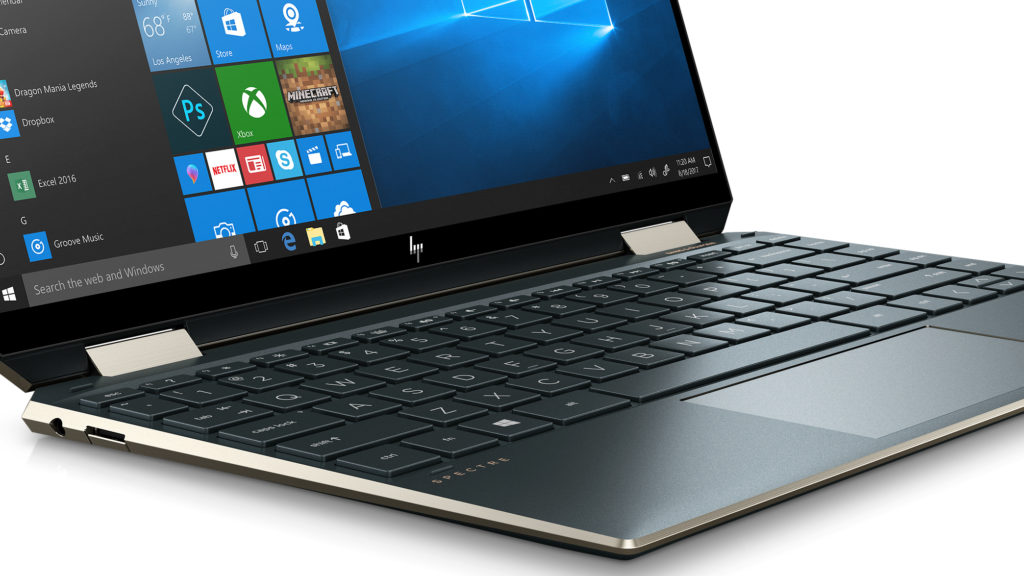 By virtue of working from home, why do I need such a petite, lightweight and drop-dead-gorgeous laptop when I can’t flaunt it at Starbucks Reserve (or is % Arabica de rigueur these days)? In fact, the design is so cosmetically refined that it makes a mockery of me – I find myself unable to locate the power button. It is not on the chiclet keyboard.

It isn’t that I haven’t been using a laptop. At home, my gaming laptop does more than just rounding up outlaws on Red Dead Redemption 2. My experiences with modern-day marvels that can swivel 360 degrees, which rightly banish the notion that design savoir-faire is a prerogative of Apple, are evidently sparse.

For the very rare instances in my life, I resort to reading the instructions from a piece of clearly worded leaflet. Hooking up the laptop to the power outlet is effortless provided you have a universal adapter. It wakes up in the blink of an eye. Setting up too is a painless process revolving around answering some yeses or nos (sure is a word that apparently doesn’t lead to the desired outcome, I tried) when prompted by Cortana, Microsoft’s own AI and so is finger print for enhanced security.

The screen, the keyboard and the speakers

The initial impression of the HP Spectre x360 is that the 13.3-inch FHD IPS WLED display appears on the warmer end, which might be less taxing on the eye. This is even sans turning on the night light mode which strips the screen off the potentially harmful blue light. You can tweak it to a cooler spectrum to suit your taste. The colour reproduction is natural and rich in tonal nuances, which is a very important consideration given my work involves photography and digital imaging.

There is no artificial and unnecessary punchiness. And black remains so even when the screen is at its brightest (it is more than capable of standing up to direct sunlight), photos and videos appear natural. 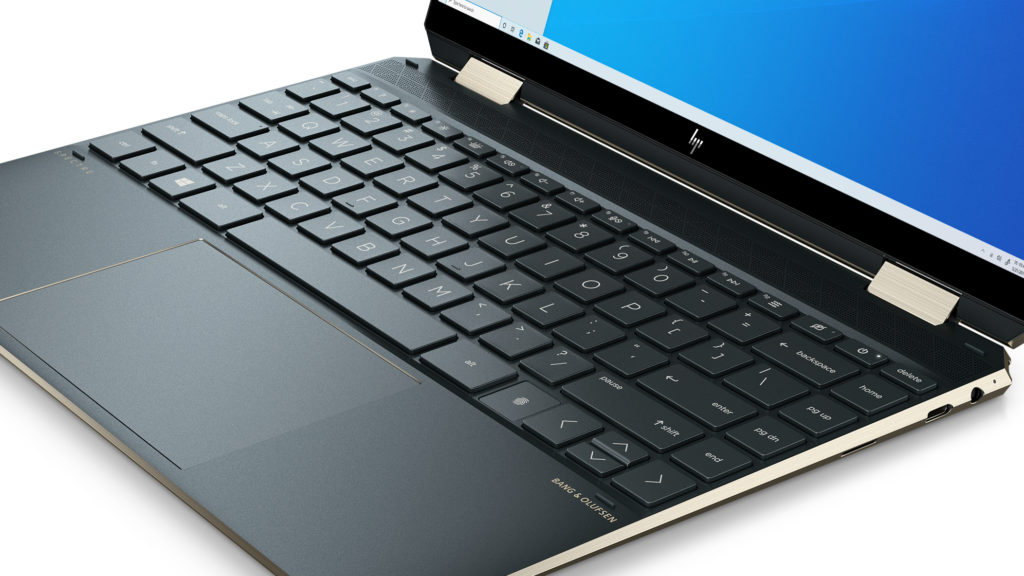 The keyboard is a writer’s dream. It is fast, accurate, responsive, the spacing is perfect and per key-wise, it is larger than my 15.6-inch gaming laptop. All keys are brightly backlit to help me blaze through ahem… this exposition. And because of the touch screen, I don’t need a mouse and never crave for one – and in that sense, rendering the touchpad redundant. But in the rare instances that you need it, it glides. I even conclude that the directional keys are purely ornamental when you can touch directly on the screen.

The downward firing Bang and Olufsen-tuned speakers – bearing in mind they still can’t compare to dedicated speakers – impress with its timbre. Playing the demanding Cemetery Gates by Pantera at full blast, the hi-hats are crisp, the base lines are tight and the high-pitched vocals bare no cracks that customarily plague built-in speakers.

Turning the keyboard into a stand

Flip the laptop 360, the keyboard goes into a slumber and by touching the screen, the virtual keyboard awakens. You can use it akin to a tablet, but it’s a tad unwieldy for that purpose. Exactly when do you want to deploy this mode? It is especially useful for video entertainment (think Netflix and a small group presentation), as it brings the screen much closer to the viewer. The viewing angle is impressive too.

In case you are wary of intruders prying into your home via the built-in webcam (the image quality is pretty sharp), HP has included a kill switch.

When Covid-19 struck and subsequently finding ourselves needing to work from home, laptops and the PC experienced a renaissance. Sales soared!

Let’s face it, smartphones and tablets can get some work done but they still have a long way to go to match the capability of a full-fledged laptop. One obvious explanation is the form factor. Size can be both an advantage and an inhibiting factor.

Putting the Intel Evo platform and i7-1165G7 processor under strain, or trying to…

Netflix binging, multiple tabs browsing and Spotify playing all done concurrently aren’t going to put this high achiever under strain. The Intel Evo platform and the i7-1165G7 processor, coupled with 16GB of RAM, will prevail every time. In my quest to test the boundary, I log into my Steam account and pick a game from my library of purchased games. Extending my apology to Minecraft fans, I elect for Street Fight V. It isn’t too demanding a game by contemporary standards, but the Irix Xe graphics hold up its end of the bargain. Frame rates are buttery smooth. It is a testament to the processing prowess that lies within the tiny chip.

Under a full load, the fan emits small decimals that can be masked with some background music running either through the built-in speakers or a headphone of your choice. The hand rest can get a tad warm but not uncomfortably so.

You can, however, plug in an external controller and pair the laptop with an external wireless display such as a large smart TV. Not during playtime, you can also use it for work when a secondary display comes handily. Other productivity features are ever present such as projecting an Android device onto this laptop, support for multiple windows when multitasking, and sharing files with nearby devices through Bluetooth or Wi-Fi. 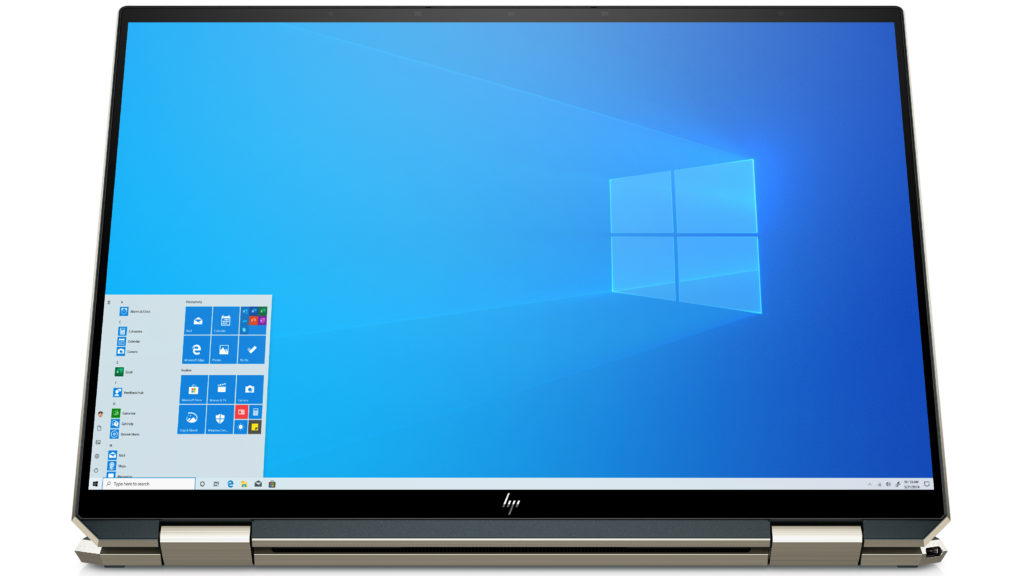 You may want to consider upgrading from Windows 10 Home to Professional if you require the remote desktop feature. HP deserves some praise for not loading the 512 GB SSD storage with bloatware.

The premise of the HP Spectre x360 is built on mobility, of which it thoroughly fulfils. Its 1.26kg, 30.6cm x 21.8cm x 1.36cm frame slides into a small messenger or a medium-size crossbody. Because it happily operates without peripherals, you are liberated from having to carry those around. That leaves room for the ports (2 Thunderbolt 3, 1 USB 3.1 Gen 1, 1 microSD card reader and 1 headphone/microphone combo) for other purposes.

Its longevity on a single charge means that you aren’t obliged to keep the power brick (hardly a brick given its paper weight dimension but I am not one to be pedantic) on hand.

The HP Spectre x360 near perfect. It is a joy to type on and navigate around, which as a writer, I can’t ask for more. There are two things, however, I would change if I was offered the opportunity – a cooler colour reproduction by default and in lieu of a glossy surface, I would prefer matte, just so I don’t have to resent my oily, sweaty fingerprints when the screen turns black.

Review Tech Laptop HP WFH
Justin Ng
Digital Content Director, Kuala Lumpur
Often think of myself as a journalist and so I delve deeper into a range of topics. Talk to me about current affairs, watches, travel, drinks, new experiences and more importantly, the business, economics and dynamics behind it.