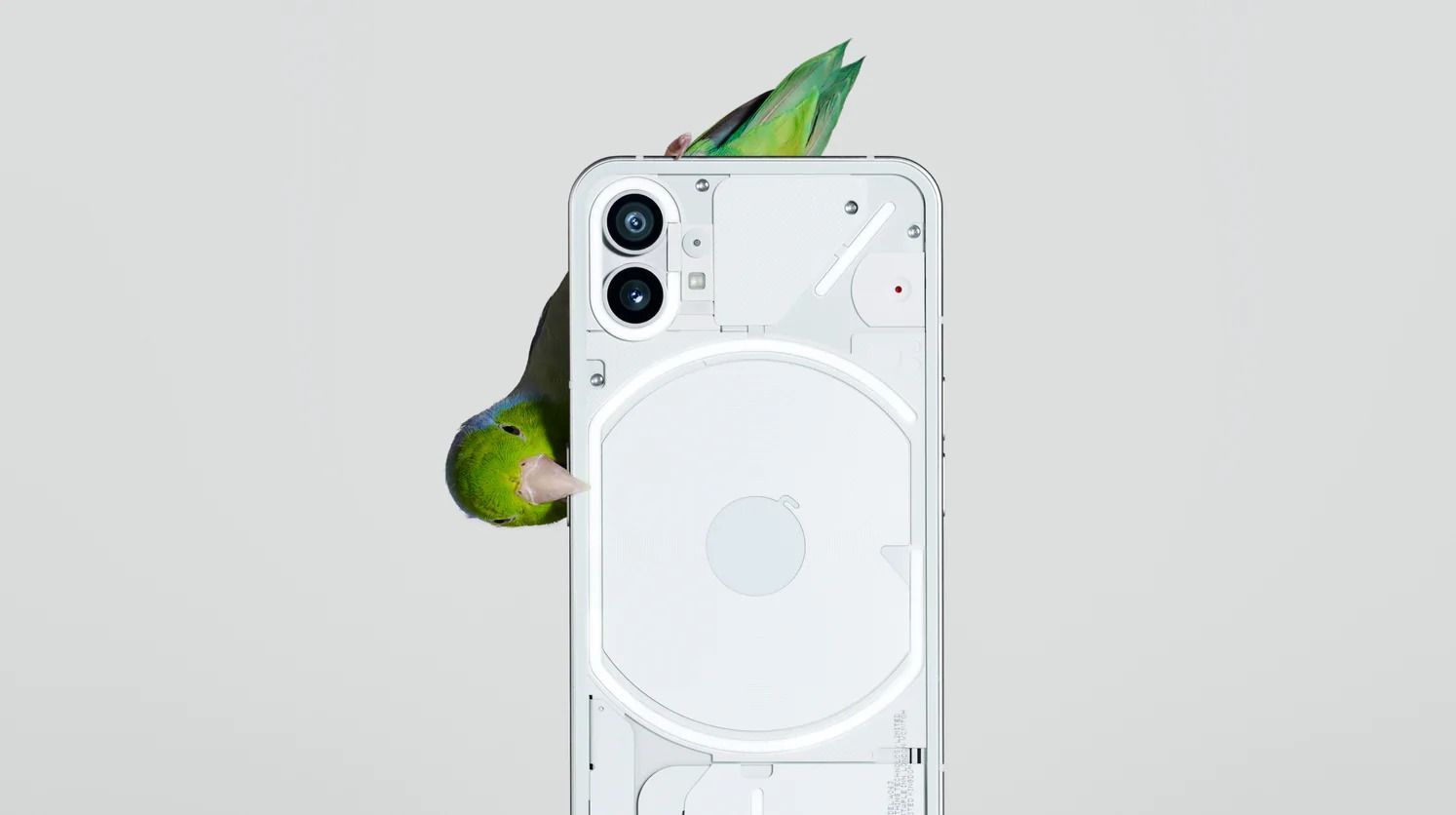 Nothing tech’s super-mysterious Phone (1) with a stripped-down, transparent body will make its global debut tonight, 12 July 2022, at 11pm. Here’s everything we know so far.

After months of buzz, rumours and speculation, ‘Nothing’ has officially announced the Phone (1) will be unveiled online today, 12 July at 4pm BST (11pm MYT). Details about the phone and how to purchase it, have been shrouded in secrecy until now. But tonight, everything will finally be revealed and you can watch the launch in the livestream here.

What we know so far about Nothing Phone (1)

According to reports, Nothing started reaching out last month to select fans to join a preorder waitlist via an invitation code, which gives them 48 hours to place a deposit and reserve the phone. Shortly after, the waitlist was opened to the public via Nothing’s website on June 24. The response has been phenomenal — Carl Pei, co-founder of OnePlus and ‘Nothing’ CEO, tweeted on June 26 that there are already more than 100,000 names on the preorder waitlist.

The London-based Nothing has been focusing on Europe and the UK, but the phone will also be released in Asia, with Malaysia, Singapore and India among its markets. It won’t be made available in the US, unfortunately.

A privileged few have already officially bought the phone. Nothing dropped the first 100 units of phone (1) last week in a 48-hour auction it held in collaboration with StockX from 21 to 23 June, and the top bid was over £2,000 (RM 10,800). For an additional dash of exclusivity, each phones was engraved with a number corresponding to the ranking of its owner’s bid. The highest bidder for instance, had his or her phone marked with the number one.

Still confused about the hype around the Nothing Phone (1)? Much like limited-edition sneaker drops, the allure lies in the exclusivity and mystery surrounding the device since it was first teased in March this year, and the complexity in being able to own it. Back then, Pei stated his vision for the product to be a “compelling alternative to Apple” and described it as the “most important product” for his company. Paired with a few sneak peeks of the phone’s stripped-down, minimalist aesthetic, this quickly made the Nothing phone (1) the next must-have item for hypebeasts around the world.

Gear
Why are global tech tycoons joining a mystery brand named ‘Nothing’?
Gear
These 10 new smartphones are ranked according to its best battery life

Visually, you’ll either love or hate the design. It’s transparent and stripped down, putting all its industrial elegance on display. Taking centre stage is its back, which features a Glyph interface with pretty LED embellishments that are illuminated in different sequences upon receiving notifications, when someone’s calling, and when the phone is charging. When the phone is flipped facedown, it activates a silent mode with lights-only notifications. There’s also a function to schedule the lights to switch off on certain days or times. The phone supports wireless charging.

Nothing’s design director is actually former Dyson design lead, Adam Bates, so we know where this skeletal/machine elegance is coming from.

Two cameras, because less is more

The phone is equipped with just two cameras, with the main one using a flagship 50 MP Sony IMX766 with a ƒ/1.88 aperture and 1/1.56” sensor size for “extraordinary detail in any light.” Videos are fleshed out in 10-bit colour, promising to “capture one billion colours” for more vivid image quality, and feature dual OIS and EIS stabilisation. The cameras also come with functions like Night Mode and Scene Detection to ensure optimal image quality in any setting.

“Unlike what some brands would have you believe, quality doesn’t mean more cameras. They stack cameras. Think more is more. But more just means more cameras of lower quality. For an illusion of innovation,” said Nothing tech in a statement on its site, which was accompanied by sample photos taken with the phone. “So Phone (1) has just two cameras. Two superb ones. Not four mediocre ones.”

Operating system and other technicalities

Given Carl’s prior association with OnePlus, we sort of have an idea of what they’re aiming for. As of now, Phone (1) is confirmed to use Qualcomm Snapdragon 778G+ SoC chipset and will have its very own Nothing OS based on Android 12. Interestingly, even though it could take after OnePlus, it could end up being a competitor. A full list of the phone’s rumoured specifications can be found here.

According to Pei, Nothing’s goal is to do what Apple does: to create a unique product experience and stand out in the market for that. Otherwise, they’ll simply be jumping into a space that’s turning increasingly homogenous and competitive. While calling it “The real start of Nothing’s journey”, the brand strives to make tech fun again and is an invitation to “unlearn everything the industry has taught us.” 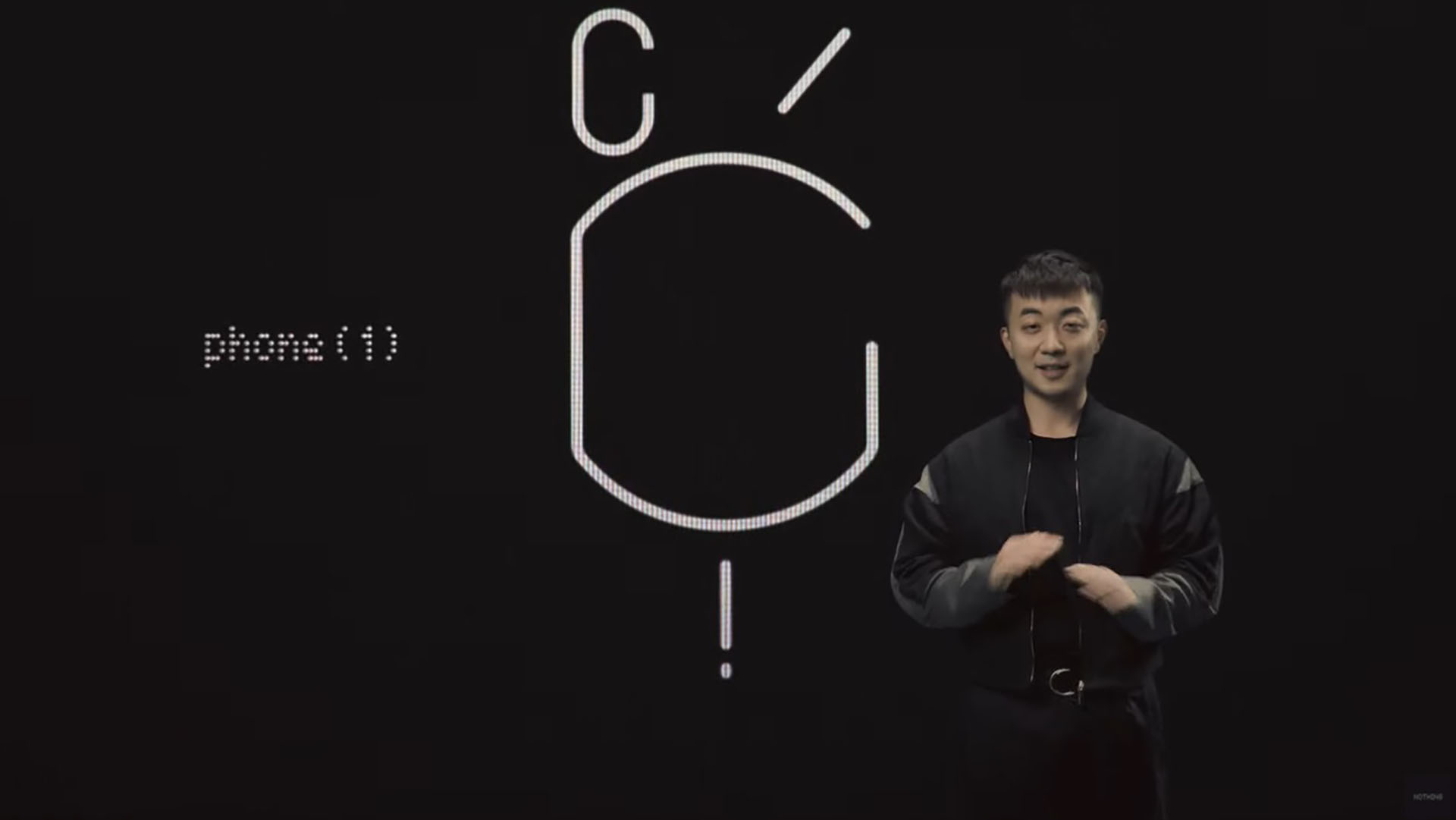 In our opinion, Nothing certainly has what it takes to create a unique smartphone experience and an ecosystem around it, going head on with the giants of the smartphone world. Its appeal, visually and physically, stands out.

Also, considering Carl Pei is at the helm, we’re sure he has the secret sauce to turn this into a success. Saying this after looking at what he’s done with OnePlus, who knows? This could either be the next big thing or simply another tech gimmick full of hot air.

“Smartphones used to excite us, now they’re mundane. We hope that the Nothing Phone (1) is the wake up call this industry needs,” Pei boldly declared at the phone launch event in March. With just a few hours left to its official unveiling, we can only wait in anticipation — and try to get our names on that preorder waitlist that’s getting longer with each passing day.

Apple Smartphone Tech oneplus Nothing TechNews
Mikhail Gomes and Sara Yap
Tech
Sign up for our newsletters to have the latest stories delivered straight to your inbox every week.