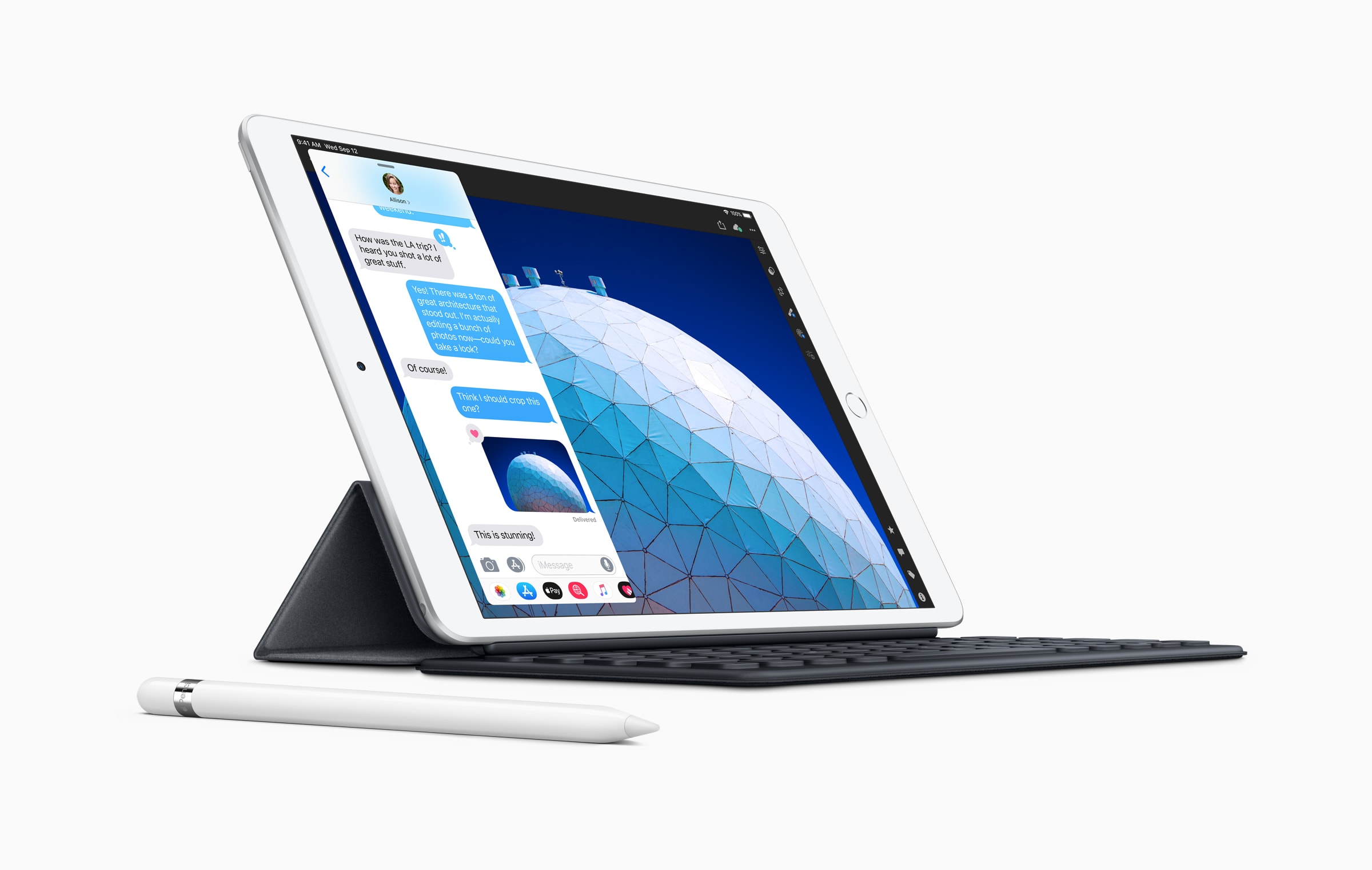 As far as tablets go, the Apple iPad is one of the most well-known tablets in the market. Ever since its debut in 2010, the iPad has seen an upwards trajectory in terms of its usage and functionality with the many ways it can be used. In a span of nine years, the iPad has also grown tremendously with the introduction of various models like the iPad mini, iPad Pro, and the iPad Air.

The iPad Air is now in its third-generation and was released just last month. It is considered to be an amalgamation of both the iPad mini and the iPad Pro, utilising the performance of the iPad Pro while still maintaining the compact form of the iPad mini.

What Apple has done with its iPads is segregate each range for a specific user. The iPad mini is more for your everyday use while the iPad Pro geared towards the working professionals, especially if you’re in the creative industry. The iPad Air slots itself in between the Pro and mini, ensuring that it’s best for both work and play.

Sticking to its guns, the iPad Air carries the same design aesthetics as with previous iPads from the years before. It features large bezels with a thick forehead and chin combination, something that hasn’t changed even with its predecessor. While it can’t compare to the much larger screens of the iPad Pro family, the iPad Air is no slouch.

For instance, it brings back Touch ID as well as a headphone jack, two qualities that have been sorely missed by many fans. The size of the display screen for the iPad Air stands at 10.5-inches, which is significantly larger than the previous 9.7-inch display you’re used to. To make it even better, the type of display being used is the proprietary Retina display. The brand also manages to trim the fat on the iPad Air, ensuring that it is the thinnest non-iPad Pro while weighing in at under 500 grams.

It also comes in the same shades, mainly silver, gold, and space grey, the last of which is a popular choice. The iPad Air sticks to what it knows and does it well — whether or not that is your liking is up for interpretation.

What would an Apple iPad be without any of its accessories to broaden your entire experience? The entirety of Apple’s existence with its range of devices is to not only make you pay out of your pocket for them but to also enjoy the entire ecosystem as well. In comes the Smart Keyboard as well as the Apple Pencil, both of which were designed to make your iPad Air experience that much better.

Thanks to a simple addition of a magnetic keyboard clip-on, this has transformed the iPad Air from your regular tablet into a workhorse. However, one should familiarise themselves with the more recent Macbooks or Mac Magic keyboards in order to work productively as the keys are low-pile with very little space in between. Of course, do not expect these to have the performance and speed of mechanical keys as they are laser-etched fabric keys.

What’s great about these fabric keys is that they are both water and stain-resistant, making it an essential tool when you’re constantly working on the go.

The Apple Pencil, on the other hand, isn’t something new. While this may be the first iPad Air to be compatible with it, the pencil itself is still in its first generation. Nonetheless, it works like a charm, much like what every pressure-sensitive stylus is known for these days. It’s perfect for the creative mind, allowing you to draw, colour, and shade with ease. The only letdown for the Apple Pencil would be its design; it’s circular with no indents or bumps to stop it from rolling away. It also doesn’t come with an automatic pairing or magnetic charging, something that can only be found on the second generation.

Gear
Wireless earbuds: How great can it be compared to its wired counterpart?

The iPad Air is more often than not considered to be the middle child of the Apple iPad family. It’s better than the regular iPad in every way but not as good as the iPad Pro. On a day-to-day basis, the iPad Air is a dream to work with. It’s lightweight and compact even with the Smart Keyboard, making it a great daily driver when you’re constantly on-the-go between meetings and the office.

Augmented Reality is what the iPad Air was made for.

Gaming made easy on the iPad Air.

At its core lies iOS 12, Apple’s latest and great operating system to date. With the iPad Air and iOS 12 put together, it makes multitasking a breeze with the help of Split View. Of course, this only works if said apps are capable of supporting it. One great way to utilise both the Apple Pencil alongside its multitasking capabilities is its software markup option. Simply use the Apple Pencil to take a screenshot and you can easily drag it to another screen to edit.

Of course, there are limitations in every modern-day piece of technology and the iPad Air is one of them. It only comes with two storage options – 64GB or 256GB. You can always splurge for the higher tier variant but it would require additional funds. While the iCloud will come in handy now, it will always be better to have more options in terms of storage capacity.

If you’re looking for a superior workhorse that is more than just its look, the iPad Air is the one for you. It also helps that it is the most affordable iPad that Apple has on offer at RM2,199 for the 64GB variant and RM2,899 for the 256GB option. The iPad Air is the perfect companion for all sorts of situations; whether work or play, it can do it all and more.

Apple Review tablet tech review ipad air
Wi-Liam Teh
Senior Writer
Wi-Liam is a geek at heart with a penchant for tattoos. Never without a drink in hand (preferably whisky, gin, or Guinness), he is also a writer by day and a keyboard warrior by night. On his day off, he masquerades as a streetwear and sneakerhead enthusiast while his bank account says otherwise.
Tech Cars Watches Entertainment Food Drinks